Despite the continuing windy conditions yesterday I decided to attempt another early morning stroll up onto the patch hoping to see my first Grizzled Skippers of the year.

Not long after starting my hunt for roosting Skippers I heard the unmistakable sound of a Nightingale in the scrub nearby, a beautiful sound and one I wasn't expecting to hear this year as it seems unlikely I will be able to visit the woodlands where I normally hear them.

I then spotted 2 Grizzled Skipper asleep just before the sun reached them, very soon the female started to open her wings to warm up for the day. 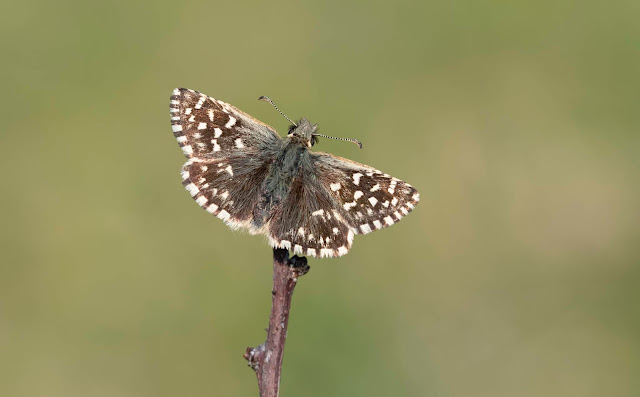 She then started to nectar on the Ground Ivy before flying off. 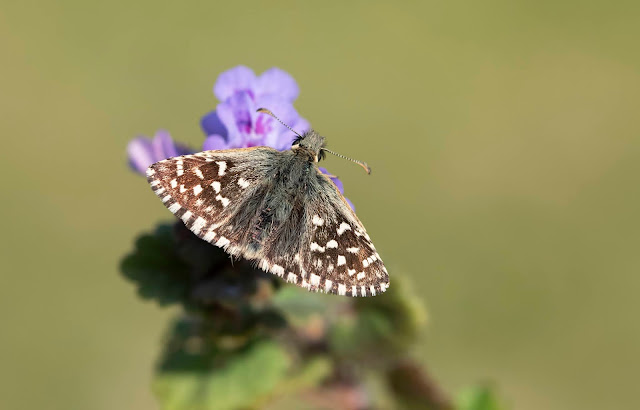 Meanwhile the Nightingale was still calling in the scrub and with it being so close I tried to record it on my phone.  At present I don't seem to be able to make the download work so bear with me as I put my technical team onto it (Matt)!!
Now working thanks to Matt.

Nightingale singing. Turn the sound up!!

With it remaining breezy I wasn't expecting to see much more, but a stunning view of a hunting Stoat and finding a web of Lackey Moth larvae was rewarding. 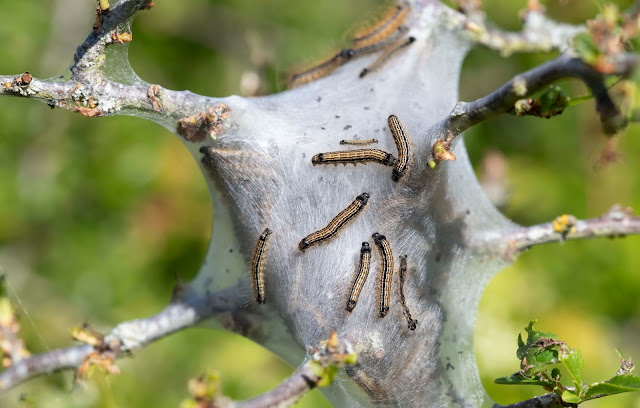 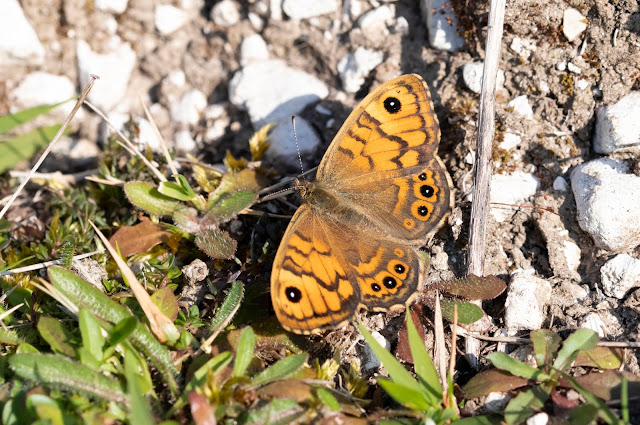 In one sheltered spot my first Green Hairstreak of the year also showed briefly and on the return walk home a very nice female Speckled Wood showed well. 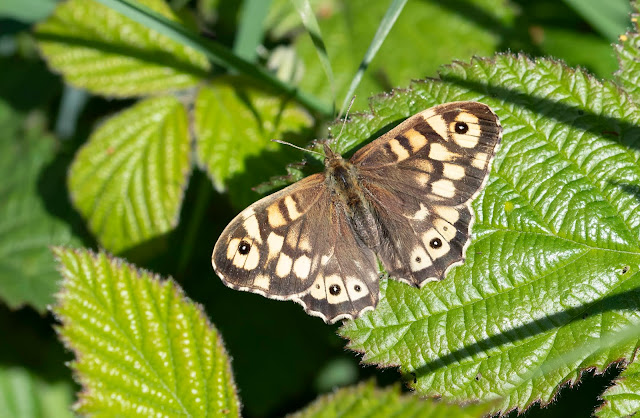 These early morning sessions have been quite rewarding and I have attached a couple of other shots from the past few days including a landscape taken last week with the sun starting to rise. An unusual shot for me to take. 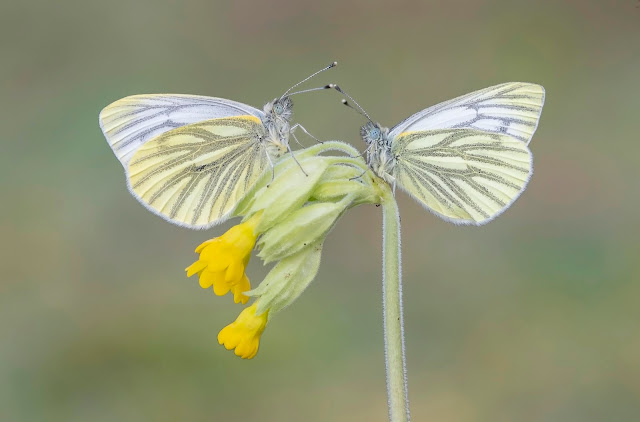 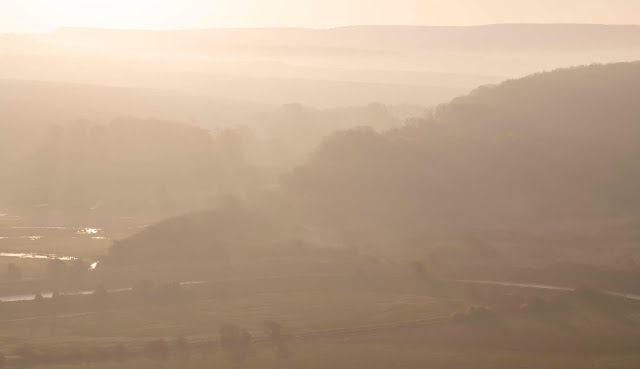 Posted by Bob Eade. at 10:34
Email ThisBlogThis!Share to TwitterShare to FacebookShare to Pinterest