With Monday looking to be the last decent day for a while I once again had an early morning walk up to my local patch.

I was a little later leaving home at 6.30am in bright sunshine, however, it was soon apparent that the area I was heading was in thick fog and that probably saved the morning as it was too cold in the fog for any butterflies to fly. As once again I was hoping to find them at roost and then photograph them as they woke up.

On the way I did have a good view of one of the regular Roe Deer with a Fox in the same location.

Once on the patch I quickly found a roosting Grizzled Skipper, but this one was quite worn. I then quickly found 2 more, the first of which had just started to open its wings. The other one though was in a really good position on the end of a young bit of Hawthorn and after a short wait it started to open and give me some fabulous opportunities. 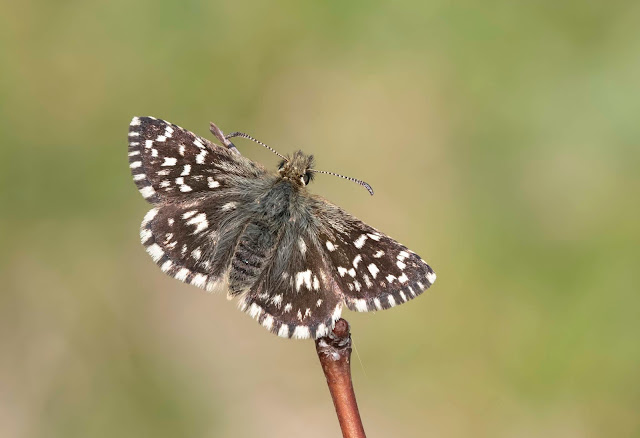 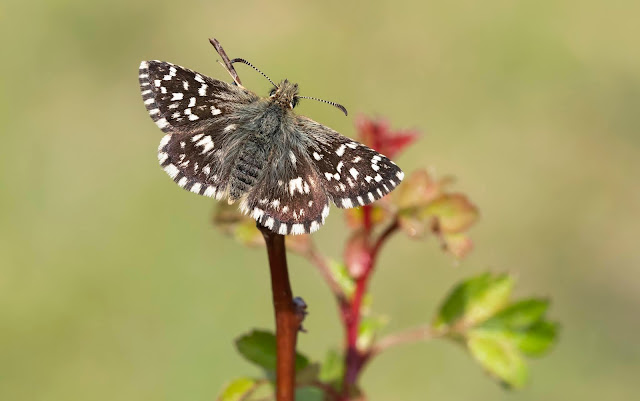 I also came across a beautiful Pyrausta nigrata, one of the regular micro moths but one that rarely sits still for a photo. 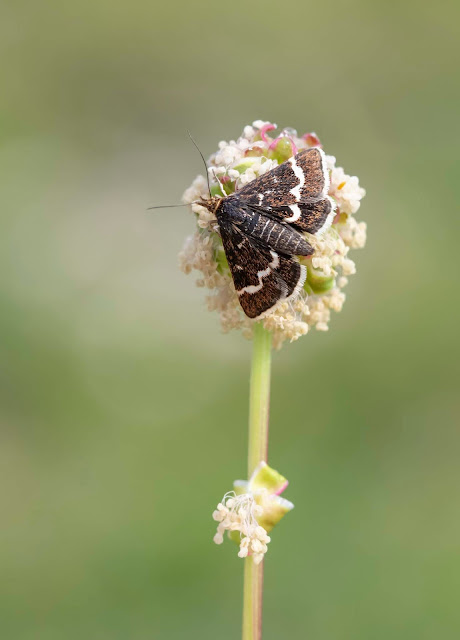 I also saw 3 of the really tiny Elachista subocellea. This is a much rarer micro moth and was until I found this colony a few years ago, only known from one hillside in Sussex. Since then a few more colonies have been discovered locally including another by myself around 3 miles away. 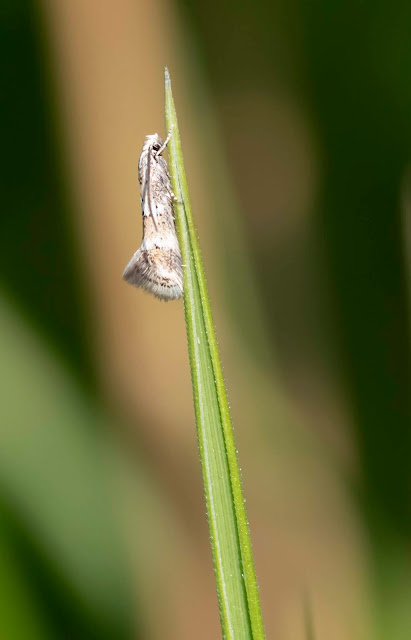 I then walked a little further where James was also out looking for butterflies. In that area we found 2 more Grizzled Skipper roosting, as it was still shaded here, a Dingy Skipper and some Green Hairstreaks. He had also spotted a Small Copper before I arrived, but we couldn't relocate that one. 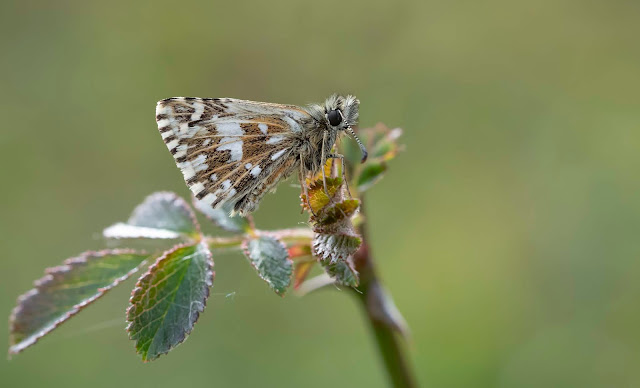 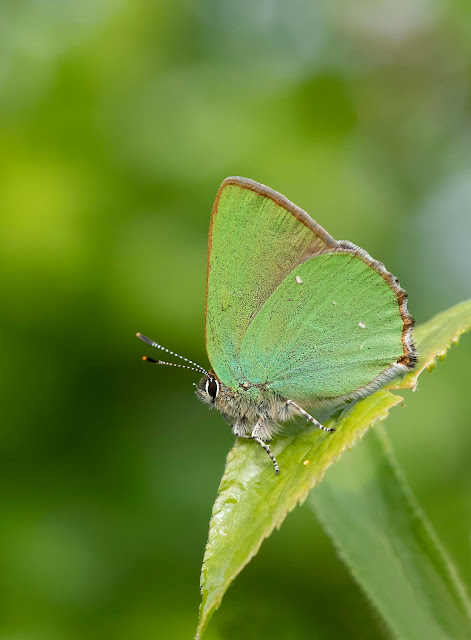 Some really good views of Blackcap and Yellowhammer were also worthwhile, although with only the macro lens these were only seen.