Most years we get the odd Blackcap in the garden, particularly in the Autumn as well as occasionally over-wintering individuals.

At the moment we have at least 6, and almost certainly more than that coming into the garden to feed on the large seed-heads of on one of the strange trees we have.

The birds fly over from the nearby Hawthorn bush line and generally land in a small Beech before moving onto the seed-head to feed. Both males and females are coming in, although with one of the heads already nearly stripped of seeds it won't take them too long before all the seeds have been stripped.  Even more so as some local Starling have also now found the seeds to their liking!!

A couple of days ago, in pretty poor weather I decided to see if I could capture any images of the Blackcaps as they landed in the small Beech.  I used my portable camouflage bag hide by covering myself and the gear in it, looking an even bigger idiot than usual.  The birds excepted this weird sight straight away however and were coming straight in and totally ignoring me. 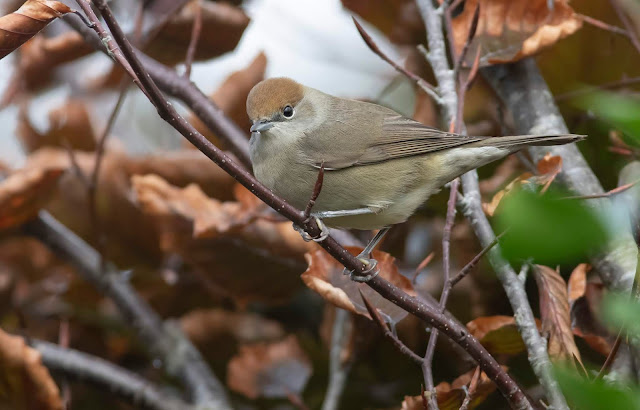 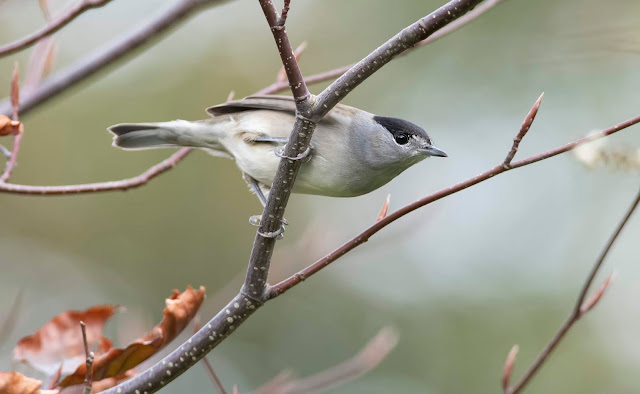 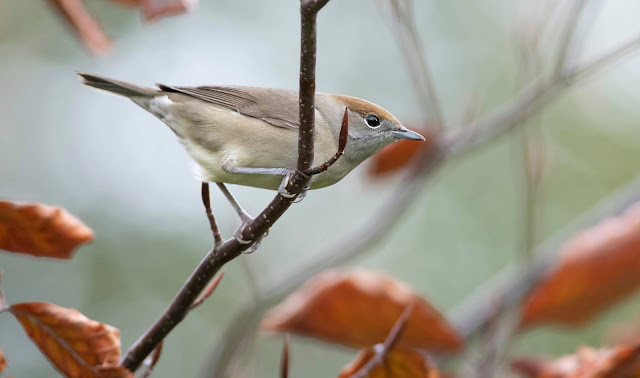 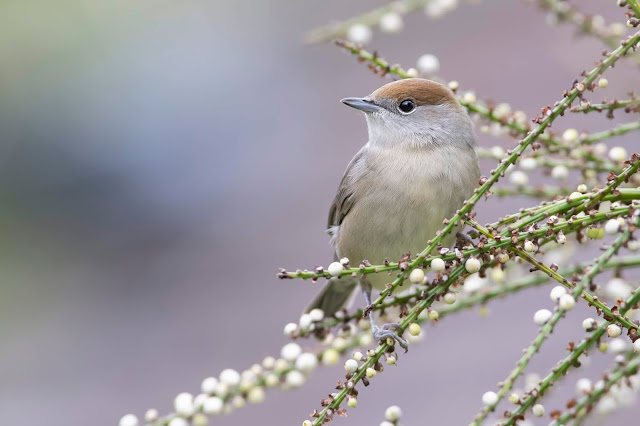 Female Blackcap on the seed-head.