A Bit of Birding.

Over the past week or so I have not been out too much, but when I have been out I have been hoping for a Clouded Yellow.  It's not very often that I have to wait as long as this to get my first one of the year.

It was pleasing to get the first 3rd brood Wall Brown on Sunday with probably 2 of them seen as well as a couple of tatty 2nd brood.  The following day a 3rd brood female was seen and then yesterday morning one female and two male 3rd brood and one 2nd brood seen.

However the only photos I took were of a young Buzzard that flew close when I was on the top of the hill. 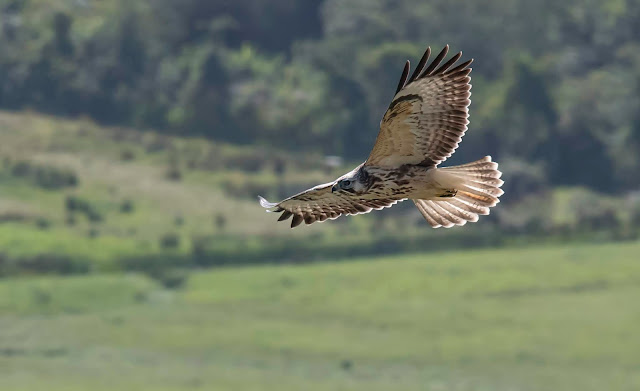 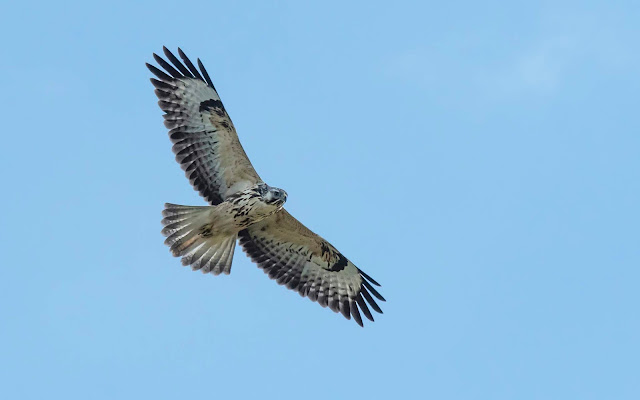 Yesterday afternoon Matt called round for a while and we decided to go for a stroll down the lower Cuckmere.

Early September can be very good for throwing up a rarity or two but that wasn't the case yesterday, although one of the released White Storks, probably from Knepp, did show well in flight. 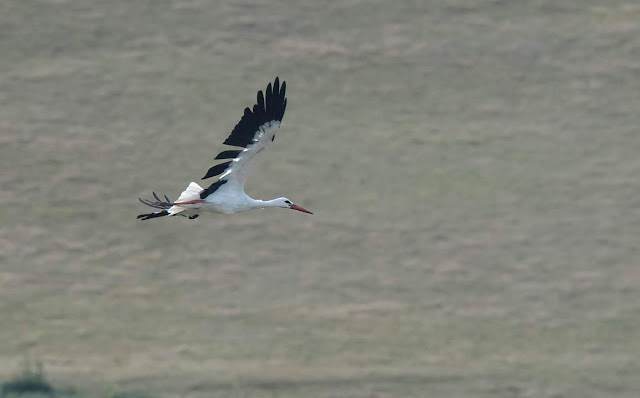 Waders along the river were few and far between with a couple of juvenile Ringed Plover, a couple of Whimbrel and singles of both Black and Bar-tailed Godwit. 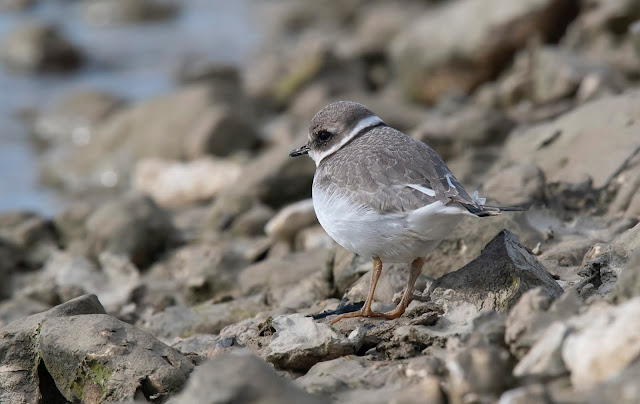 A little further on I saw at last my first Clouded yellow of the year, and hopefully the first of many!!  At the same time a Small Copper was nectaring on the Fleabane and it was also an aberrant form radiata.

This is the 2nd time I've come across this aberrant form so at least I knew the name of it!! 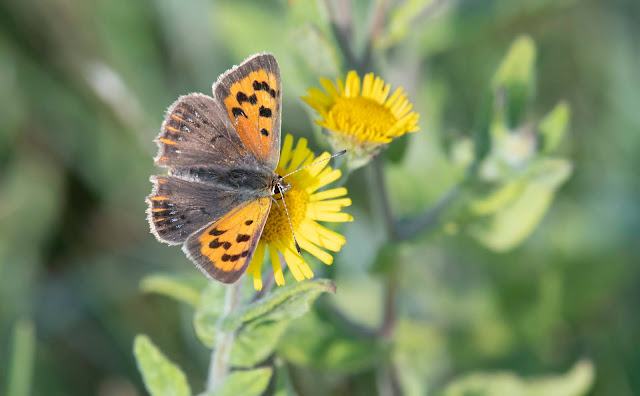 Posted by Bob Eade. at 14:33
Email ThisBlogThis!Share to TwitterShare to FacebookShare to Pinterest