With the ongoing poor weather recently I headed out for a walk the other day, not expecting to see anything at all. It is often these type of days when things can happen.

I was strolling down a hill at the furthest part of my patch when a large brown moth was suddenly flapping around the ground in front of me. I immediately thought it was a male scenting a female in the undergrowth, but at this point I didn't know what type of moth it was.

As it continued to flap around in the long grass a closer inspection found the female that was already joined up with a male, with the new male trying to get in on the action. I still wasn't sure of the species, however soon, when eventually when the pair split up I could see they were Fox Moths. A species that I had only seen in flight before.

I was lucky that I was able to get some shots of both the pair before they flew off and went their separate ways, although the male would not stop his flapping. At least the female was content to pose nicely. 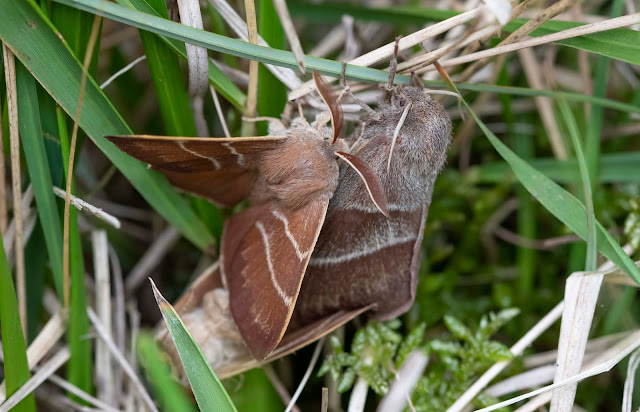 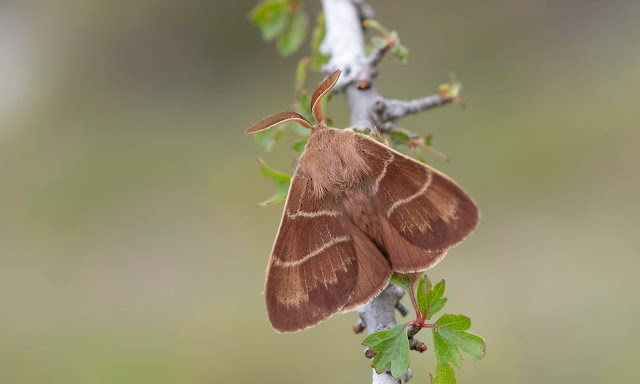 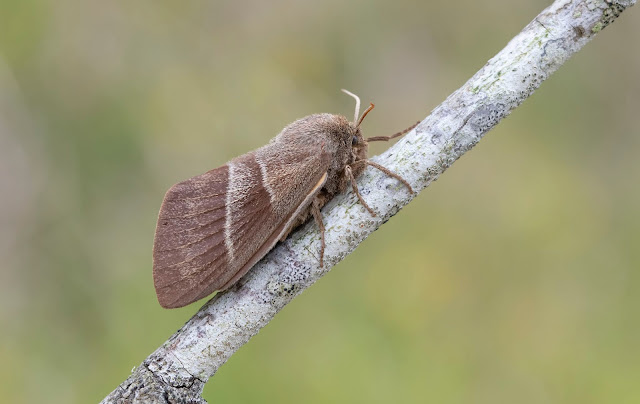 A tiny bit of the females pheromone must have rubbed off on me as on the slope I had another 3 male Fox Moths buzzing around me.

Following this I headed to a small area where I had seen a few Small Blues a couple of days before. It was now getting quite late and the light was very poor, and the breeze was also blowing a cool breeze. Therefore I was lucky to still find a couple of these tiny butterflies. One was quite worn, but the other was still in pretty good condition. 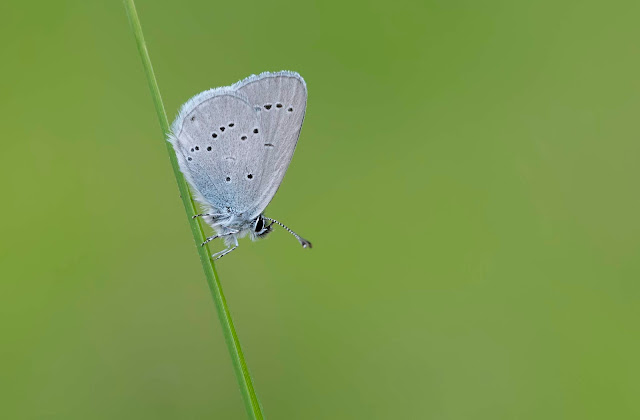 Posted by Bob Eade. at 18:50
Email ThisBlogThis!Share to TwitterShare to FacebookShare to Pinterest