I have only seen the Chimney Sweeper moth in the Cevennes region of France, and it was only this past Winter that I found out there were actually colonies of it in a few parts of Sussex. I had always thought it was only found much further North in Britain.

The trouble is with finding out about things in the Winter it is too easy to forget about them when the season really kicks off, so when I saw that Nigel had been to see them I managed a quick visit to see them for myself.

On the drive to the site the clouds were building up and it was obvious rain was heading my way, so on arrival I quickly made my way to the area where the moth was to be found.

In the overcast conditions not a lot was showing until I put up one of these very small moths from the long grass. After that several were seen, and when the sun came out briefly there were suddenly several flying around me.

They were quite difficult to photograph as they often settled in the long grass at an odd angle and they didn't settle for very long. However, after a while a few shots were achieved.

A fabulous moth to have seen in Sussex. 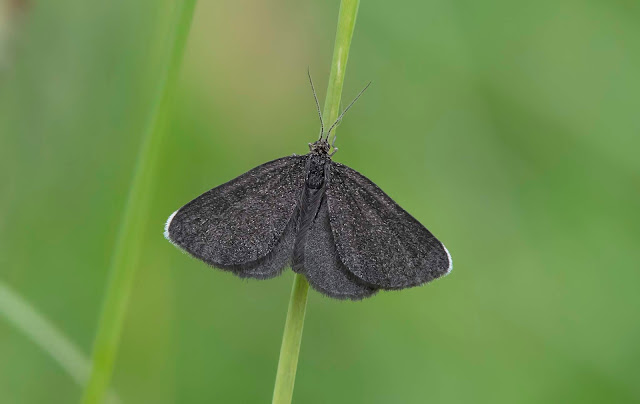 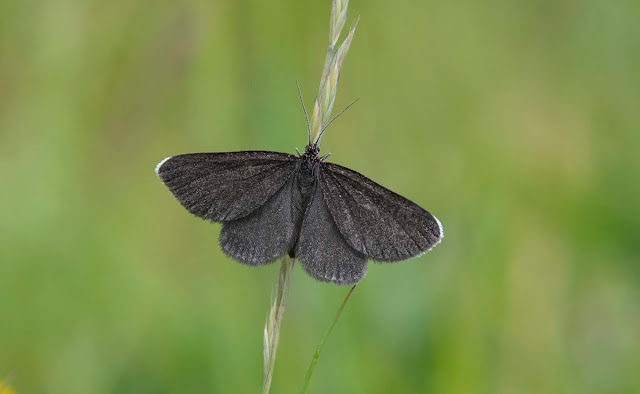 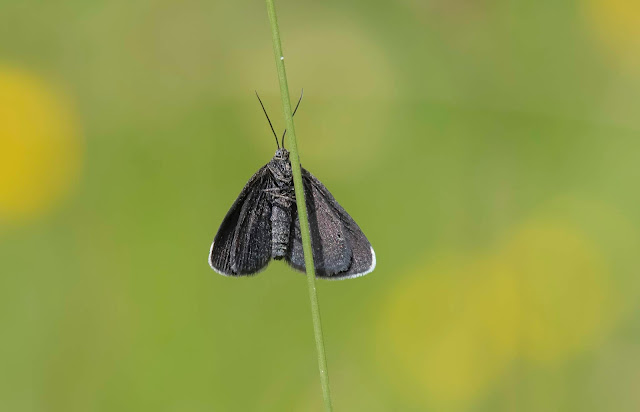 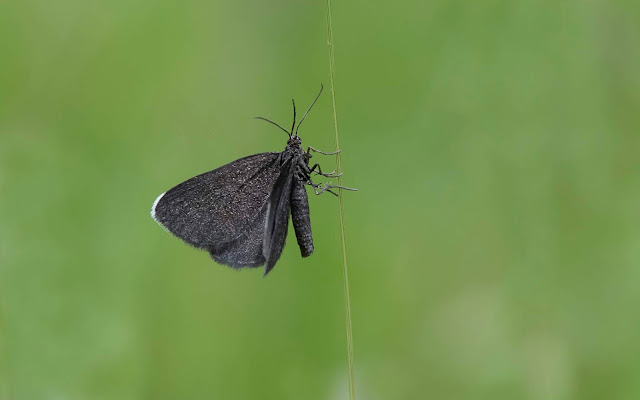 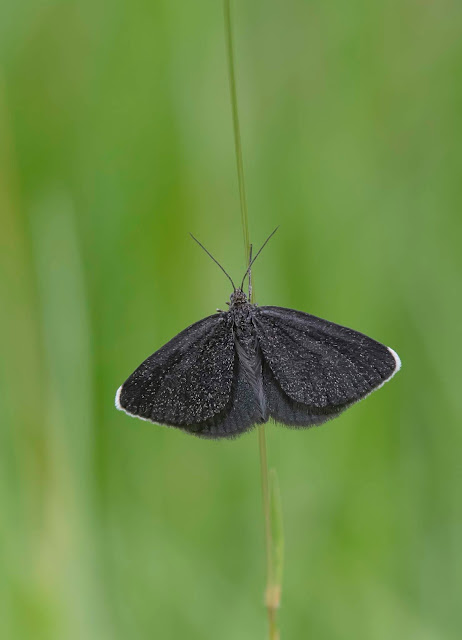 Following this I decided to go and check out a site I know for the Spiked Rampion. An extremely rare plant that is only found in a handful of sites in Britain, and all of them are in East Sussex.

The plants were looking really good and better than the only other time I have seen them from a couple of years ago. They were also proving very popular with the Swollen-thighed Beetle that was clearly enjoying the nectar the plant was producing. 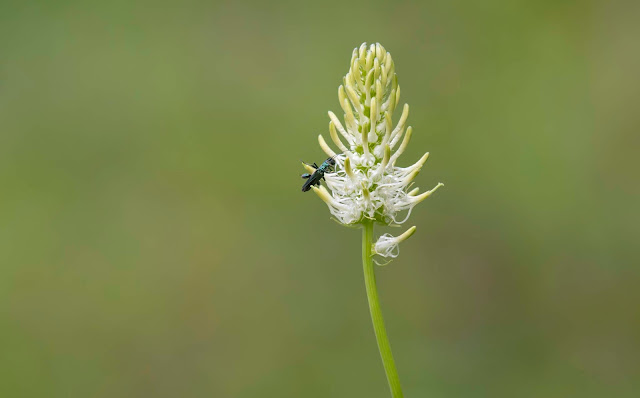 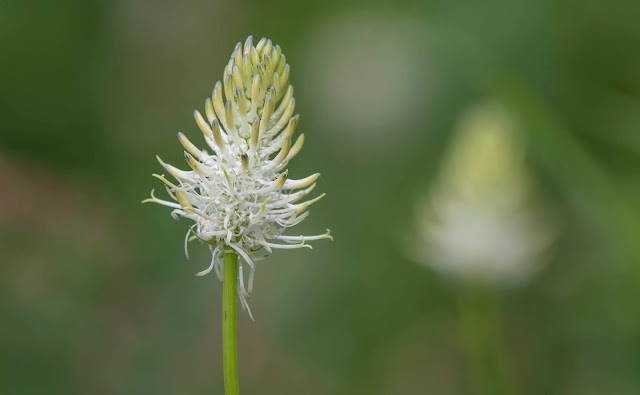 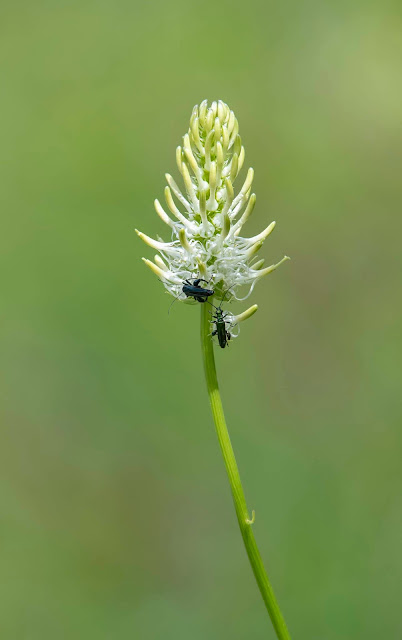 Posted by Bob Eade. at 09:51
Email ThisBlogThis!Share to TwitterShare to FacebookShare to Pinterest