This year I have so far only seen 2 female Wall Brown, and both of them were at the time in a romantic attachment. Strangely both pairs were also within 100 metres of each other and in an area where I don't normally see huge numbers of Wall Brown. 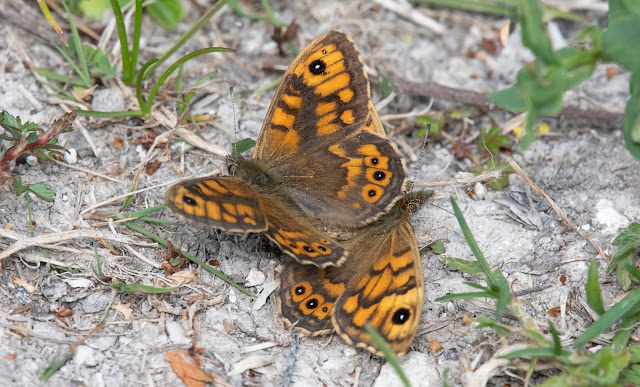 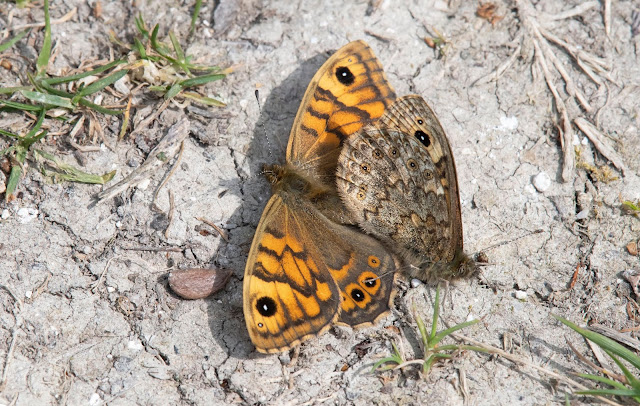 This was on just a short walk on my local patch. The main other interest that day was the huge numbers of Green Hairstreak, with around 24 seen. The highest I have known along the valley. I also found 2 larval webs of the Lackey moth. 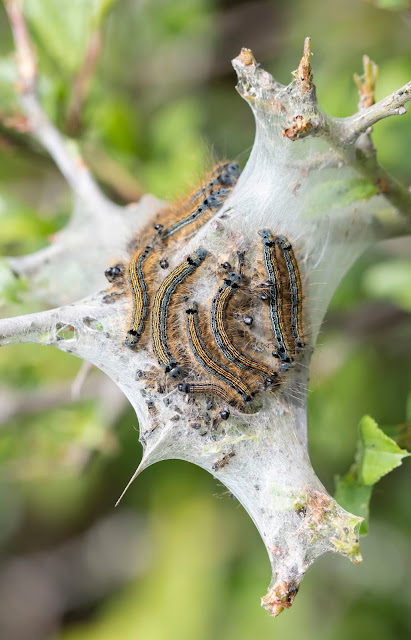 The following day I took Pete out to Abbotts Wood to listen to the Nightingales. Whilst we were there we also saw a few Pearl-bordered Fritillaries and some Orange-tip eggs on the Garlic Mustard.
It was while I was looking for the eggs that I spotted a Long-horned Moth sitting on the plant, and then several more of these moths on other plants. After getting home and looking closely at the photo I thought it looked like the tiny micro moth Cauchas rufimitrella, but the Sussex Moth group page says the moth is quite scarce and not found in that area. I sent the picture off to the Sussex Moth Recorder who confirmed it was indeed the Cauchas rufimitrella and that the moth was last recorded in Abbotts Wood before 1907!! 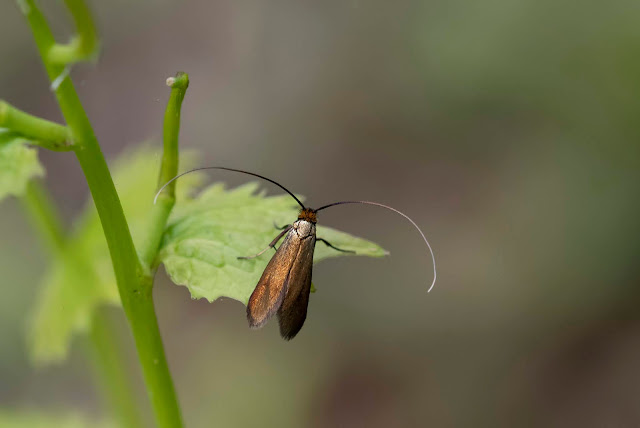 I also had a close encounter with the very common Speckled Yellow, a moth that can be very difficult to get close to. 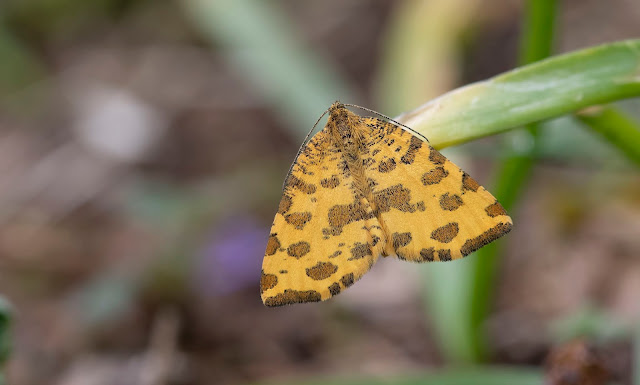 On Friday I took Clare along the valley searching out butterflies she had not seen yet this year. In the end we had a great session with lots of butterflies performing well that included Holly Blue, Adonis Blue, Small Copper, Green Hairstreak and Grizzled and Dingy Skipper. We also found a very attractive Oak Eggar larva that was around half grown. 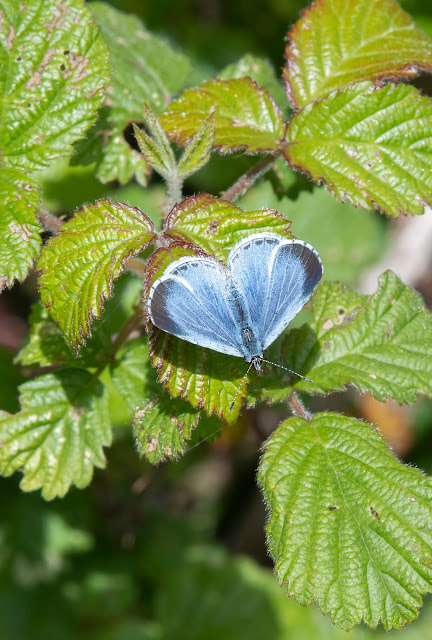 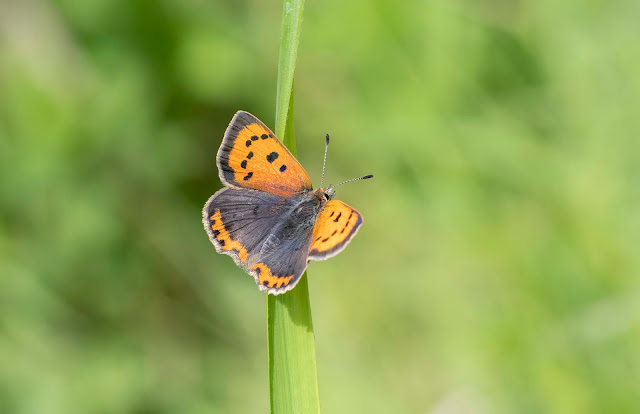 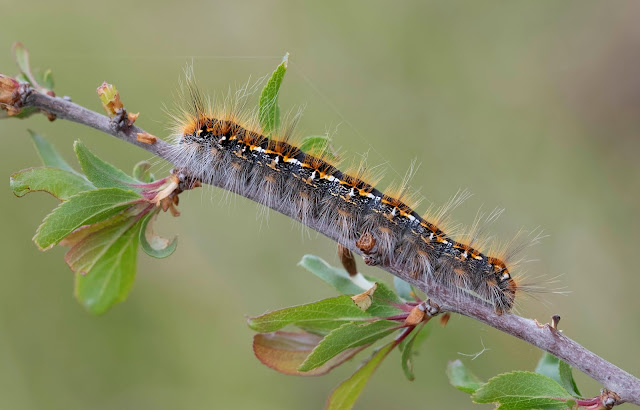 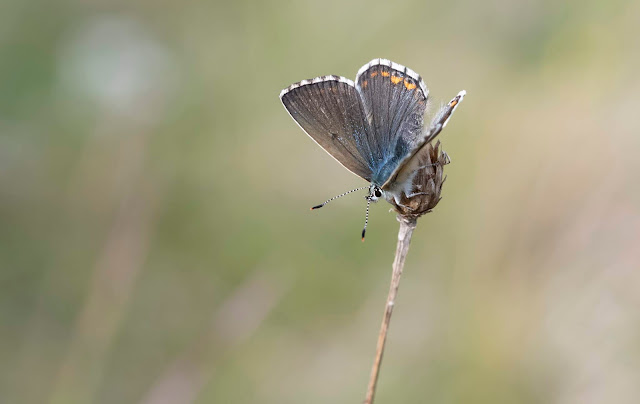 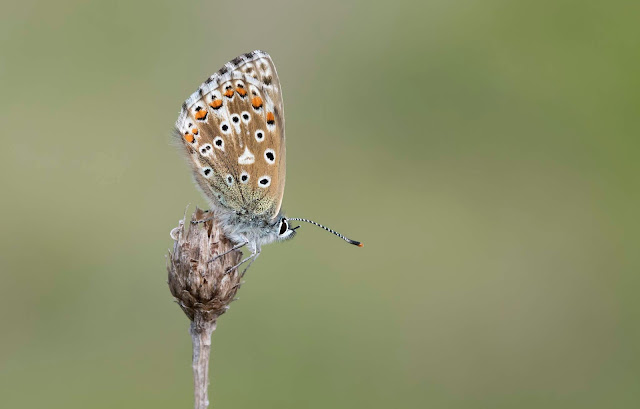