A Case of Deja vu.

In May last year I came across a larval web of the Small Eggar moth. This is a very rare species in Sussex with it now being thought to be extinct in West Sussex, and no sightings in East Sussex since around 2010, until my find in 2017.

During May this year I hunted in and around the same area hoping that maybe I could strike lucky again and find another web. All the webs I found though were just of the extremely common Brown-tail moth.

That was until June 6th when I wasn't looking for them anymore, I came across a web in an area around half a mile from last years' find. I could see some webbing as well as feeding damage from some larva on a large Blackthorn bush, and looking closer I was very pleased to see some well grown Small Eggar larva.

Last year my last sighting of the larva was early June, after which the larva left the web and became impossible to find, so with this new find I expected that I wouldn't see them again, however, firstly 2 days later I managed to photograph one that was more mature than I managed last year, and then again on the 21st June there were still around 6 larva still feeding by the web. This allowed me to get a picture of one that was well advanced of what I managed in 2017.

I'm hoping that I have found a new stronghold of this beautiful and rare species in Sussex. 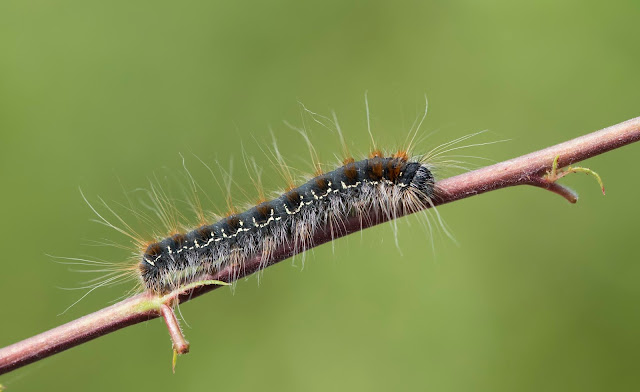 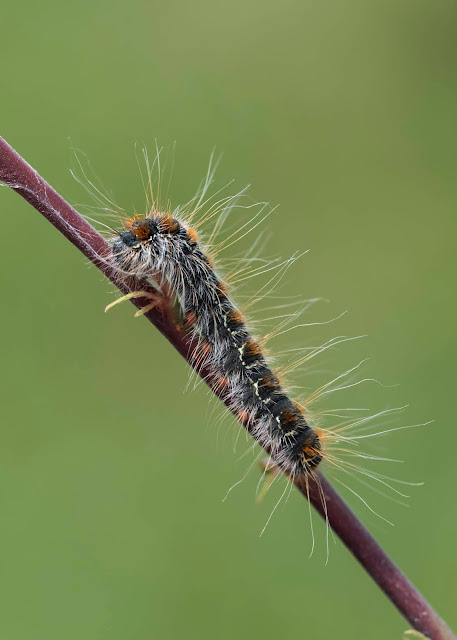 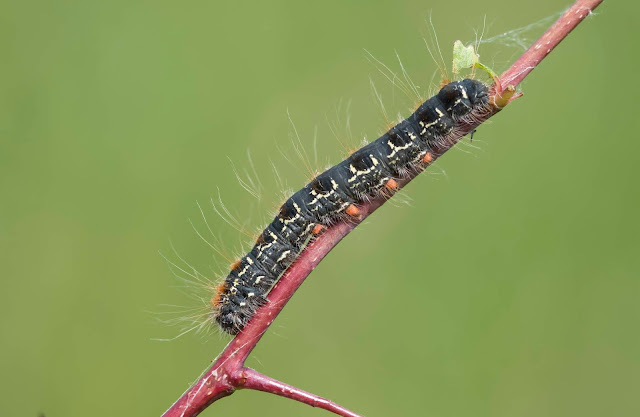 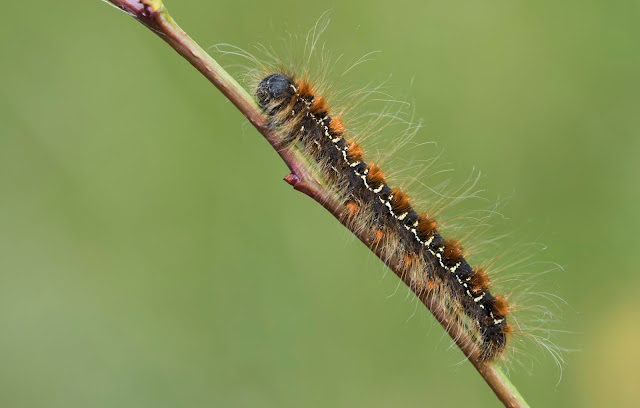 The next target of course is seeing the adult moth. This moth pupates for 2-3 years before it becomes a moth and is then on the wing in February and March.