Not long after returning from Bulgaria I went in search on the local patch to see how numbers of Chalk-hill Blues were doing. Having photographed many open winged males over the year I was quite keen to get some pictures of females. The problem with all this hot weather though, is that very few butterflies pose well in the heat, and even early mornings can be unproductive as the butterflies are already warm before the sun hits them, so instead of opening their wings wide, it is just a quick flash before taking to the wing.
On one late afternoon I thought I would try to find a female going to roost with the plan of seeing if I could get her the following morning. I had just spotted a fresh female and was following it in flight when I suddenly had a female Linnet flying around my head. Assuming it had been flying up the hill and it hadn't seen me as I was crouched down by the butterfly I was a little surprised but assumed it would see me and fly off. However, things started to get very bizarre as the bird tried to land on my camera and then my hand. Me being me, I put out my hand and it promptly flew on it and started pecking my palm gently. I then got it hop onto a bush that was nearby and managed a few photos, but it was very persistent at trying to get back on the hand. This went on for around 20 minutes!! 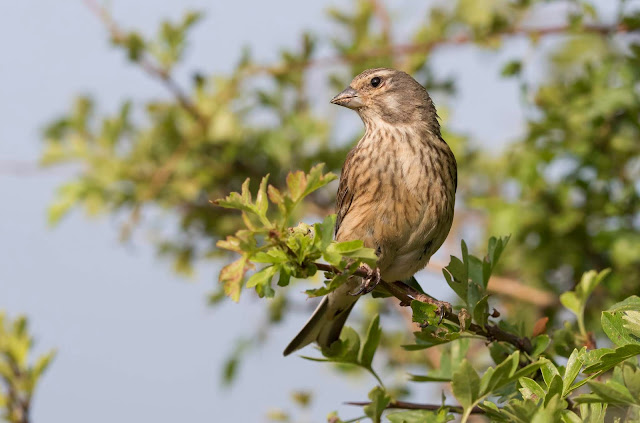 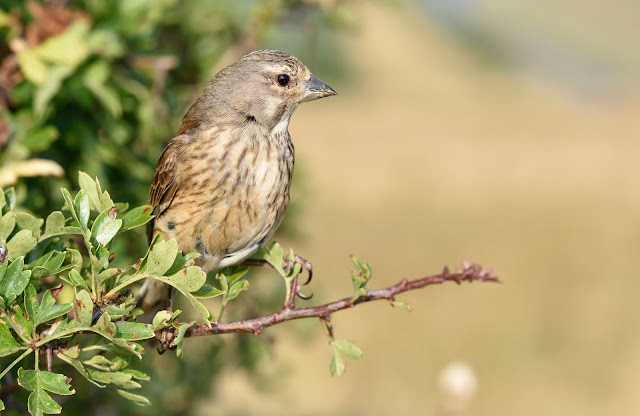 Following this bit of fun I went back to looking for roosting female Chalk-hill Blues. Once again I was distracted, this time by an aberrant form of a male Chalk-hill Blue. It was a very difficult butterfly to photograph, despite it being at roost, as there was a strong breeze blowing. However, eventually a couple of decent shots were managed. 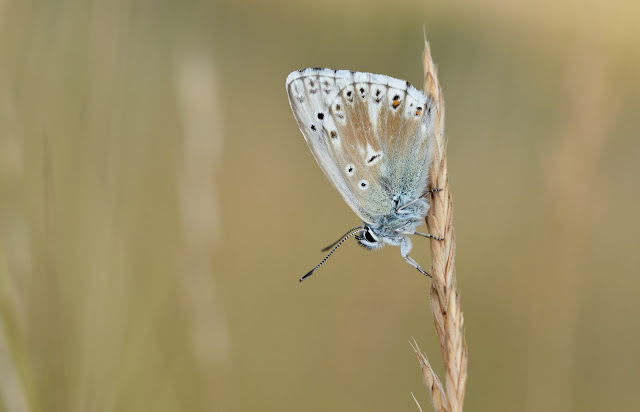 Aberrant male Chalk-hill Blue. (missing many of the under-wing spots).

Several days later I decided to try an early morning session, once again the female Chalk-hill Blues were the target. I found an area where several Chalk-hill Blues were roosting including a couple of females. However, all of a sudden I had a bird flying around my head. It even woke one of the male Chalk-hill Blues up which flew off in a panic. Yes, despite it being only just getting light I had been found again by the female Linnet. There then followed a totally crazy couple of hours when I was trying to photograph the butterflies and at the same time having a Linnet trying to land on me. I have never had such a ridiculous session before!!
Almost as strange was a male Linnet that appeared to be her mate that was watching from around 20 feet away most of the time. She did fly off with this male a few times, but after a few minutes she would return, land at the top of a bush, call a couple of times and then fly towards me to land on my hand. I'm not quite sure how I managed to photograph the butterflies, but a few shots were managed. 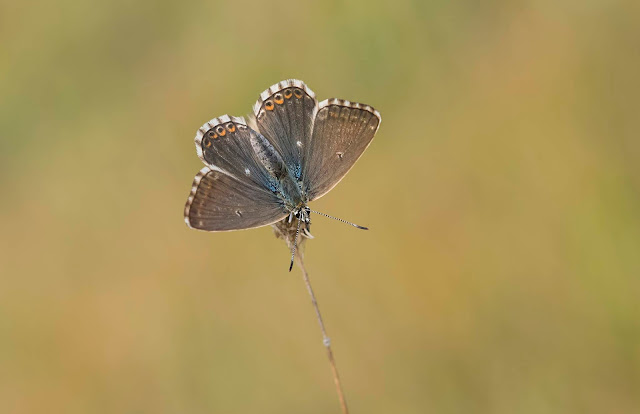 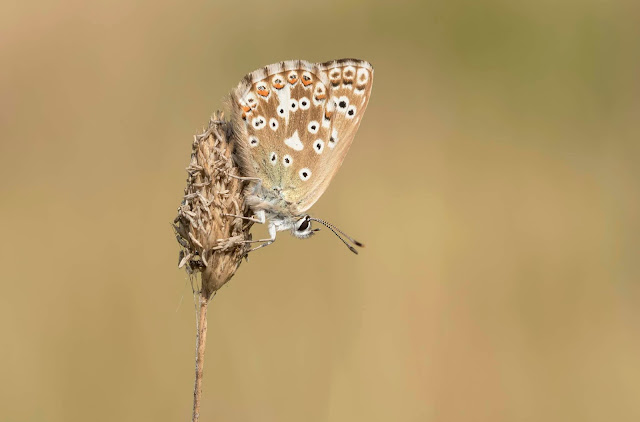 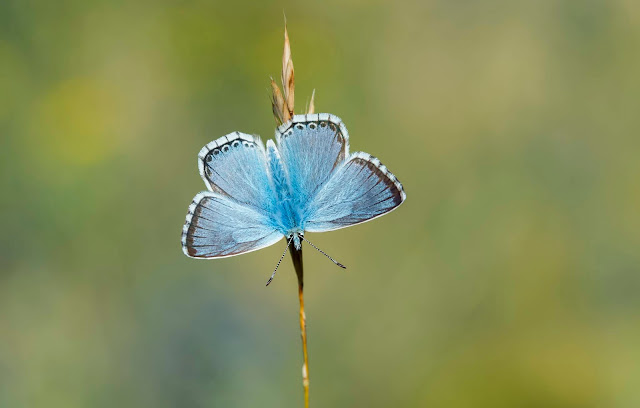 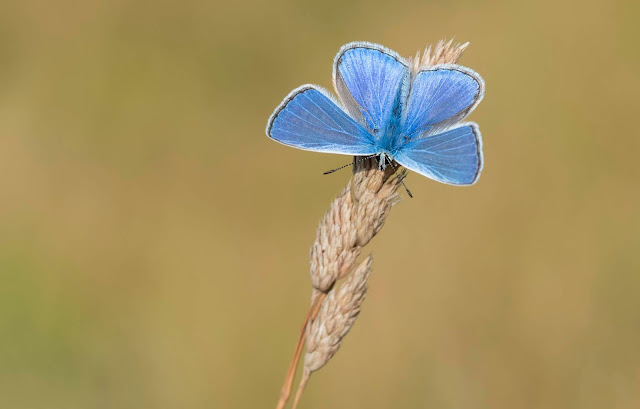 Of course though, this session will always be remembered by the encounter with the female Linnet. Eventually when I decided it was time to go home I had to walk up a very steep hill before going through a track back to the car park. Halfway up the hill I stopped to admire the view and the Linnet landed in the bush next to me and chirped at me before landing on my hand. Then again at the top she once again landed on me before flying away to another higher bush where she watched me go.

Whether she had been hand reared as a youngster I can't be sure. I never thought I would be photographing a wild Linnet though with just my macro lens. 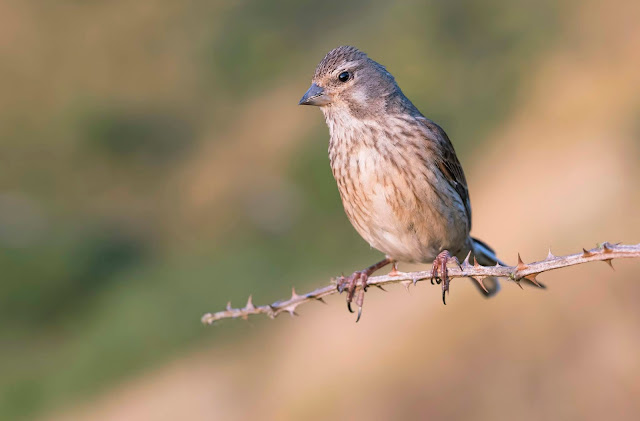 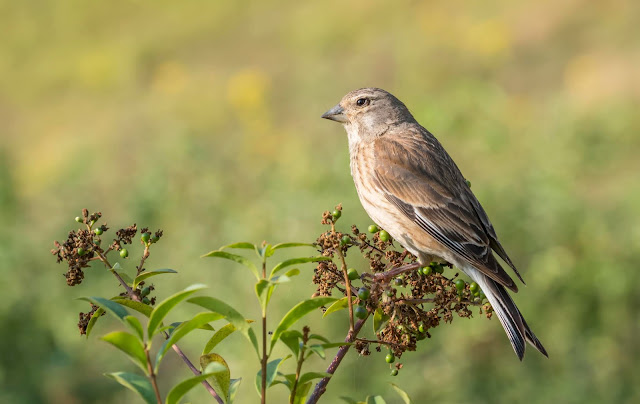 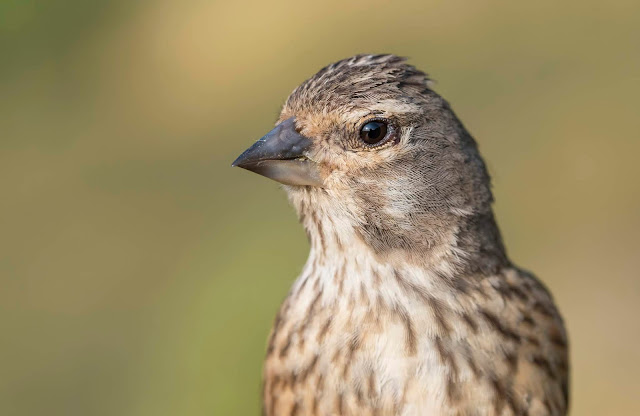 Posted by Bob Eade. at 15:34
Email ThisBlogThis!Share to TwitterShare to FacebookShare to Pinterest