I have recently returned from a great trip to Bansko in the Pirin Mountains in Bulgaria with my son, Matt. We were mainly after butterflies, although with the chances of Matt adding a couple of new birds to his World list, birds were always going to be checked as well, especially with Matt's expertise on bird calls. I actually also saw several birds I had never seen before due to this.

Although the butterflies were top of our priorities I was always keeping an eye out for other insects and they don't get much better than the wonderful Owlfly. It was a species I had always wanted to see and I didn't have to wait too long for my first sighting when one landed briefly in the road when we checking a roadside layby for butterflies. Unfortunately, this one didn't hang around, but later in the week one landed on foliage just by me. Just after it landed the sun went in and it folded its wings along its abdomen as it went to roost. A little later the sun came back out and the wings suddenly shot back out and the antannae also shot up, just like a clockwork toy!! 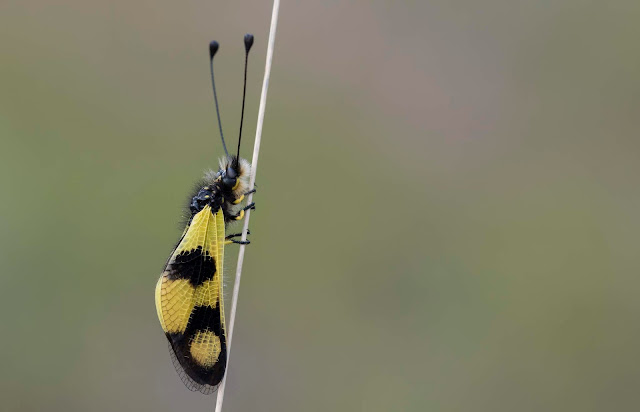 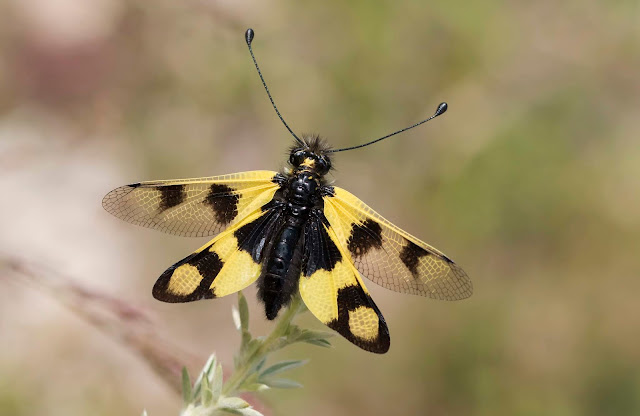 While I was waiting for the Owlfly to do something other than sitting there roosting I spotted a very smart Cricket in the small bush. This was the 2nd really smart Cricket I had seen, looking it up when I was home it appears to be a Brunner's Bright Bush-cricket, a cricket that has a very restricted range. 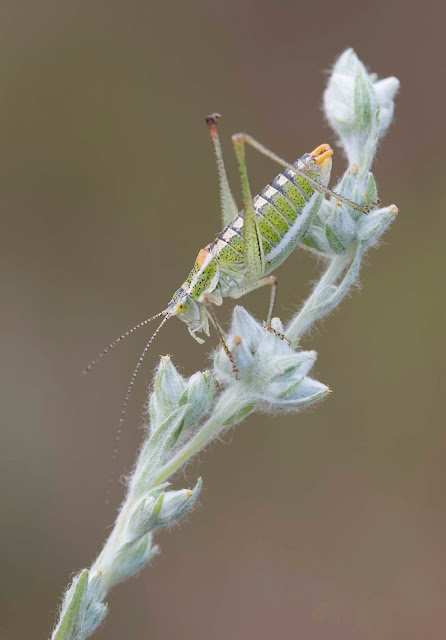 The other colourful cricket we saw was also restricted to the Bulgaria region. This one we saw in 2 places during our stay. This one is called Bellied Bright Bush-cricket and each time we saw it on the top of flowers. 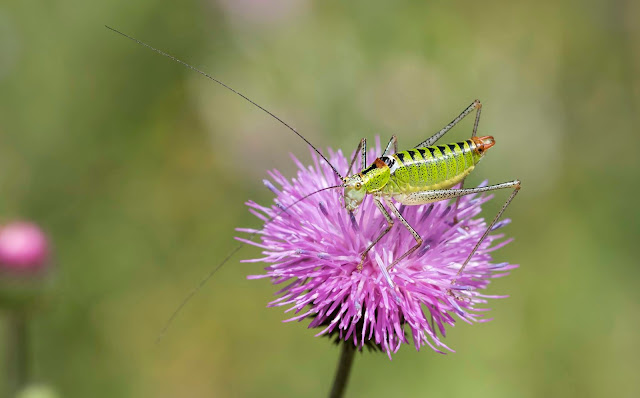 One day we headed South hoping to see other species in the lower areas and we came across the fabulous Small Pincer-tailed Dragonfly. Another species that I had seen in photographs many times and had always hoped to see. 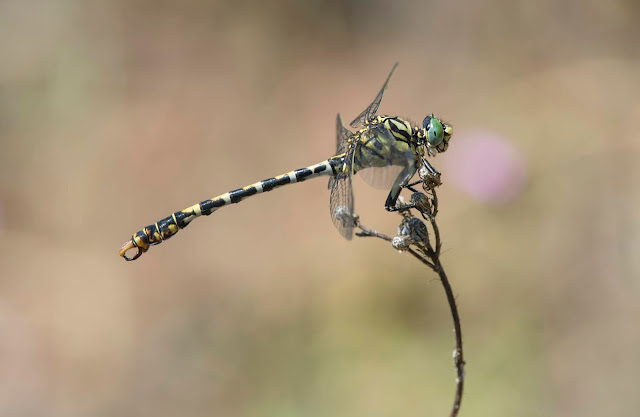 A couple of days later we saw another attractive dragonfly which turned out to be the female of the species. 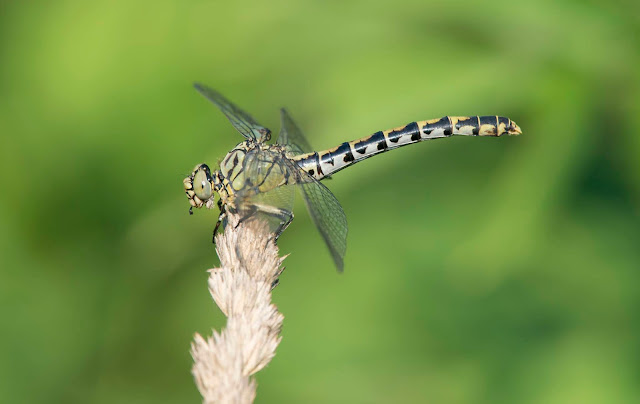 High up in a mountain woodland we came across a Balkan Golden-ringed Dragonfly. Unfortunately, it did have a damaged wing, but it was still a great find. 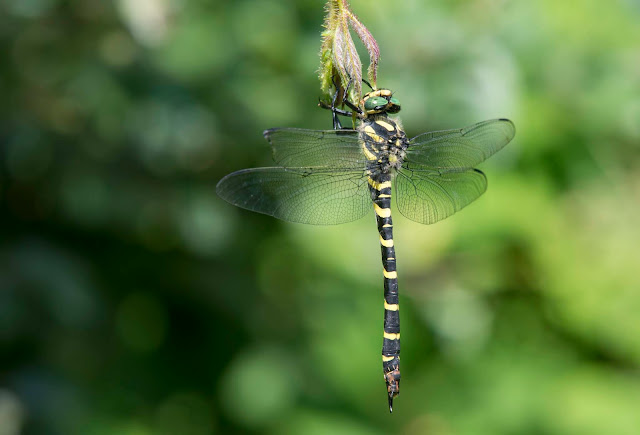 Posted by Bob Eade. at 18:16
Email ThisBlogThis!Share to TwitterShare to FacebookShare to Pinterest