Although the main targets for us in Bulgaria was butterflies, we were always going to find some interesting birds, especially with Matt there. He already had some information regarding places to look and it was on our first evening when we were looking for some lakes where Great Reed Warblers were meant to be. As it was we didn't find the lakes, but we did find a pair of Marsh Warblers!!

I didn't get many opportunities to photograph the birds, but it was good to see many species new to me.

The first chance to get a half decent shot was at the top of a mountain where there was a family of Black Redstart. One juvenile allowed several shots to be taken. 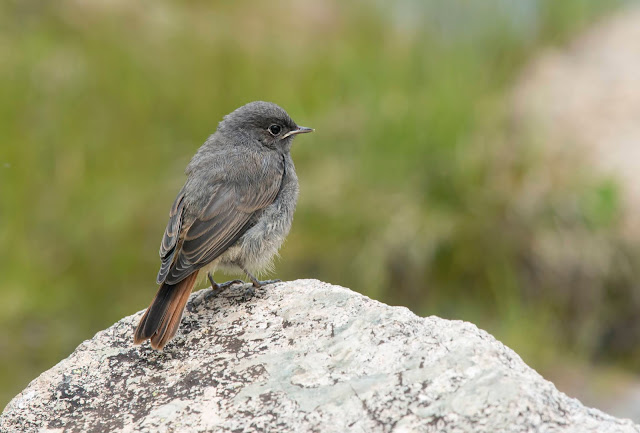 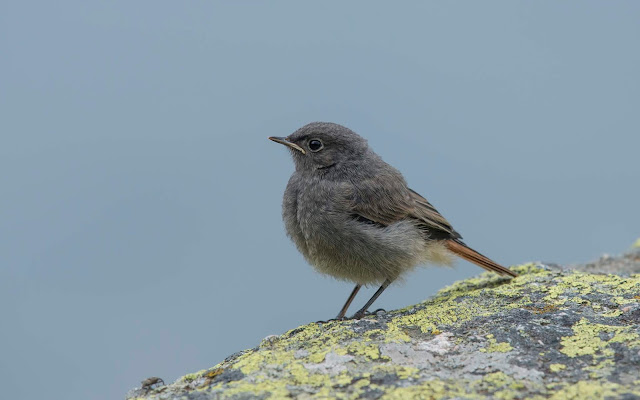 Everywhere we went in the lower areas White Storks were numerous. In one small industrial area a nest with some young Storks were popular with passing traffic. 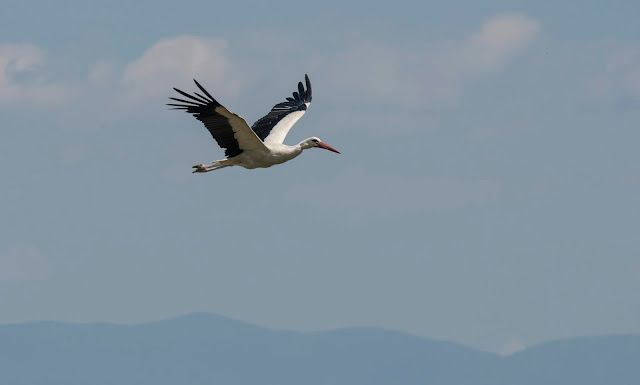 White Stork with Pirin Mountains behind. 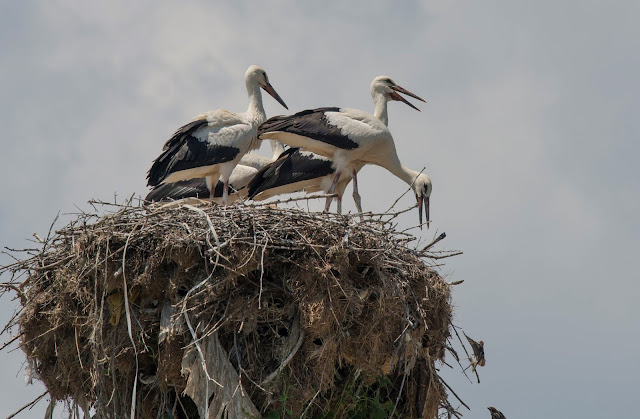 In the lowlands Red-backed Shrike were quite common. My best chance of a photo was when we were checking out Larks in a field, when one came quite close, although not quite close enough!! 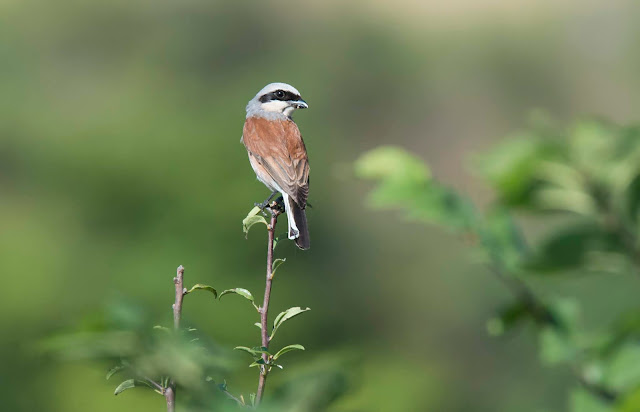 High in the mountains we saw and heard plenty of Nutcrackers. This was a new bird for me. 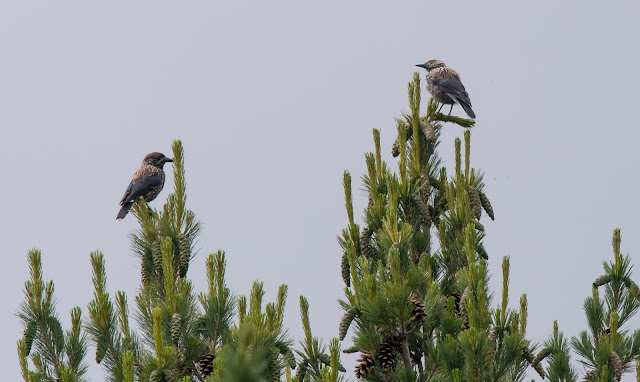 Eventually we did find the lake and there we did see and hear many Great Reed Warblers. Also in attendance and showing quite well was a Little Bittern, a Squacco Heron and several Red-rumped Swallows. 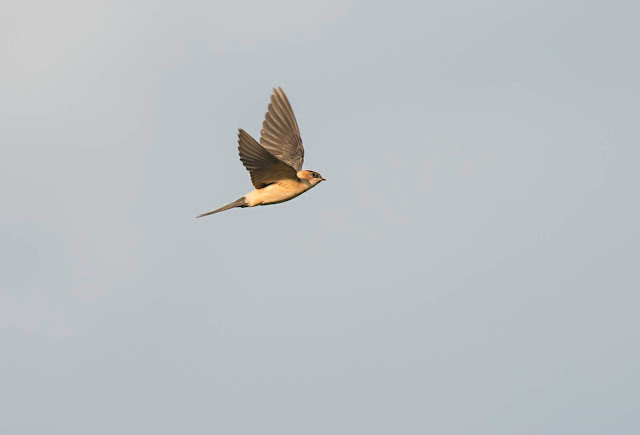 Other delights included listening to a Corncrake calling just a few feet away from us, something I am unlikely to forget!!

Our best birding moment however, was when we chanced upon a meadow bordered by woodland. It was here we saw and heard Golden Oriole. We had already seen several, but in this woodland there were around 20, constantly calling and flying over us. In the same area there were several Hawfinch, an Ortolan Bunting, Black-headed Bunting, Syrian Woodpecker and Bee-eaters. An Amazing area that we found unexpectedly. The following picture is probably the worst I have ever posted, but you don't often see a Golden Oriole and a Bee-eater in the same tree!! 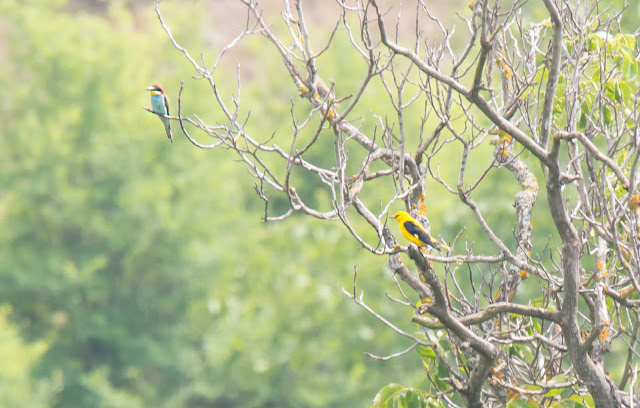 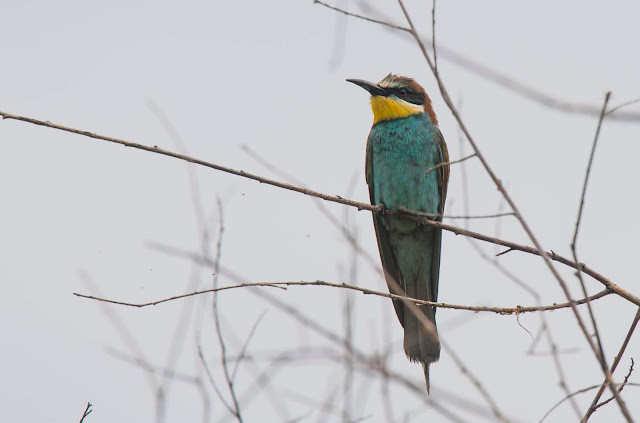 Posted by Bob Eade. at 16:13
Email ThisBlogThis!Share to TwitterShare to FacebookShare to Pinterest