A couple of weeks ago I received a text from my butterfly friend Phil Bromley to inform me that his local Black Hairstreaks had started to show in Cambridgeshire. I had already told him that I would do my utmost to make the long trip again. However, unfortunately I was unable to make the trip this year due to problems at home which was extremely disappointing.

Move forward a week and I had another text, this time from Dave Cook inviting me to Ditchling. He didn't inform me what I was going to see, so it was a massive surprise to find that he had discovered a large colony of Black Hairstreaks amongst the Blackthorn bushes on the Common there. It would seem that the butterflies were introduced by a local enthusiast many years ago and have only come to light following a very strong emergence this year. Dave had actually found 3 butterflies there last year but at that time it was assumed someone had reared them at home and released them then. With the colony this year being spread over a large area of the Common though this would not be possible, especially with this species that spreads very slowly.

Anyway, after meeting Dave in the car park we moved into the area where most of the Hairstreaks had been seen and we saw one almost immediately. We also bumped into Neil Hulme and his father and a couple of others. Neil was at the time photographing a very fresh female Black Hairstreak which stayed there for all of us to have a go. Wandering around the site many more were seen with most of the males appearing to be past their best, but the females were still in excellent condition. 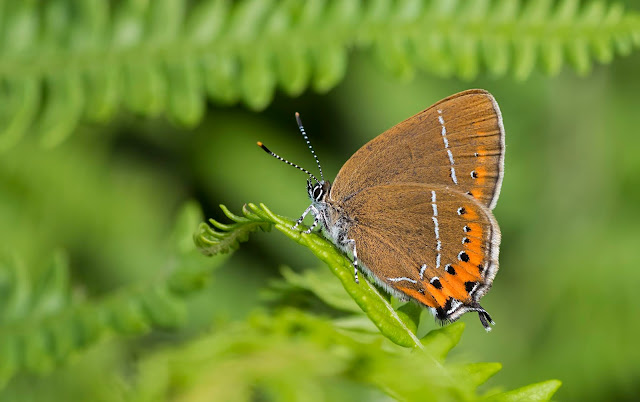 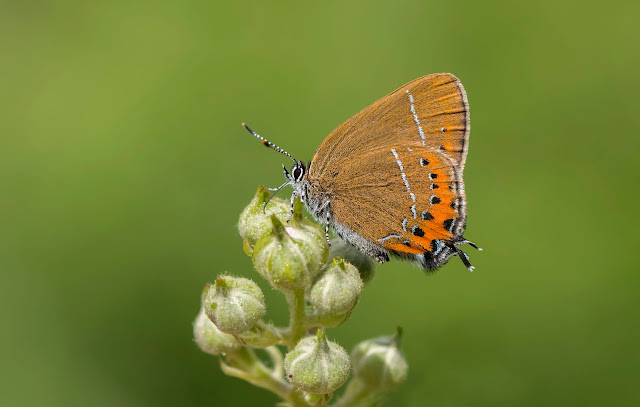 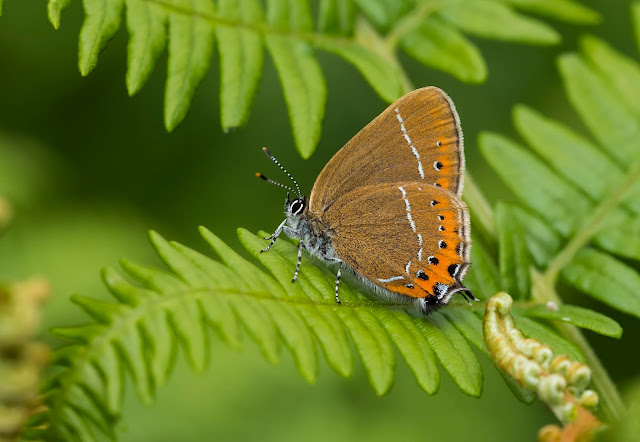 As it happened I had already arranged to see Neil Hulme the following day to show him my local Burnt Orchids. Before we departed he had persuaded me to meet him back at Ditchling the following day to have another go at the Black Hairstreak before moving on to the orchids. After seeing my images from the day I was glad he did as I thought I should have done better.

The following day the weather was much cooler and cloudier and it was a couple of hours before any type of butterfly was seen. The first sighting was a rather tired male, but then we saw 4 other really nice fresh females and they posed much better in the cooler conditions. 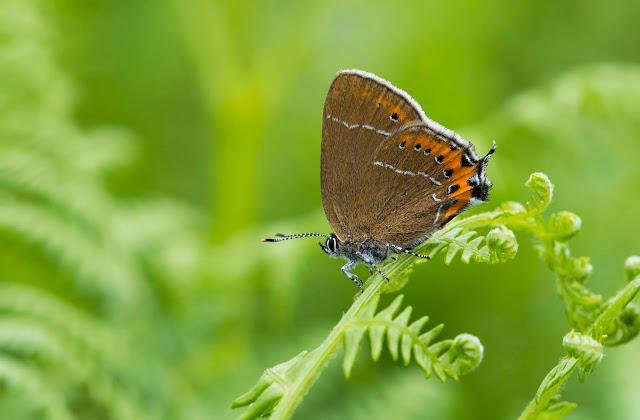 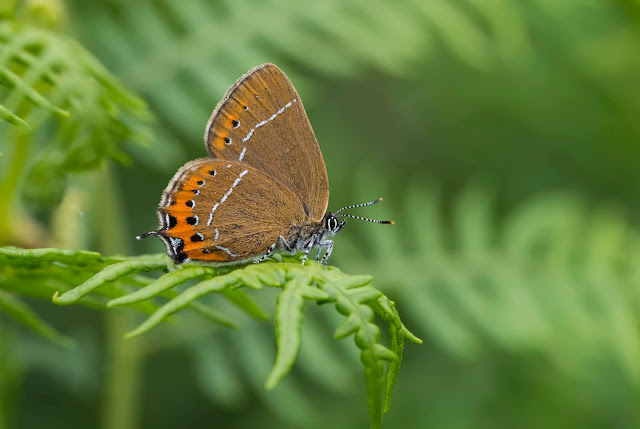 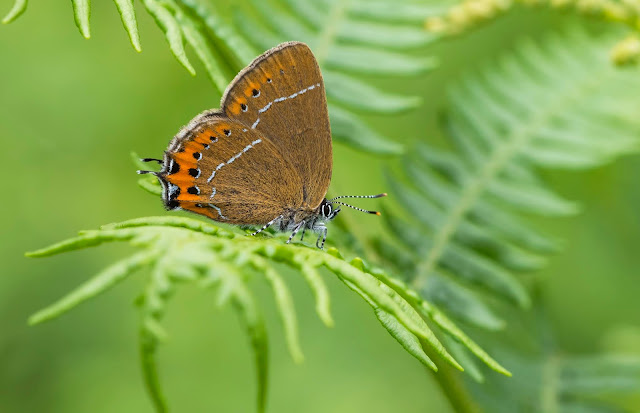 After a very successful morning it was then onto the Burnt Orchids where the orchids had just about reached their peak. As I had photographed them over the past week I wasn't too worried myself about more photographs but then I spotted a very fresh Large Skipper. 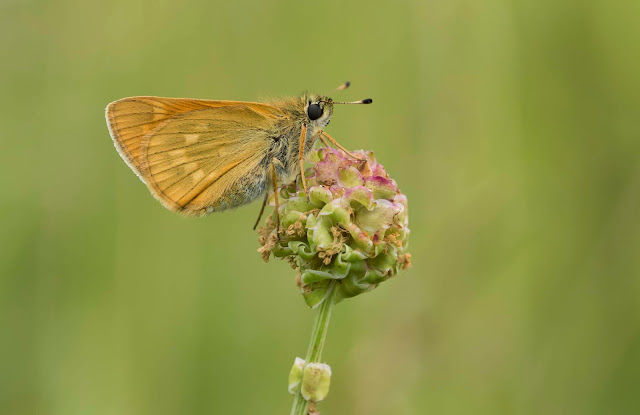 I did still get a shot of both the Burnt Orchids and the Bee Orchid which is having a very strong season this year locally. 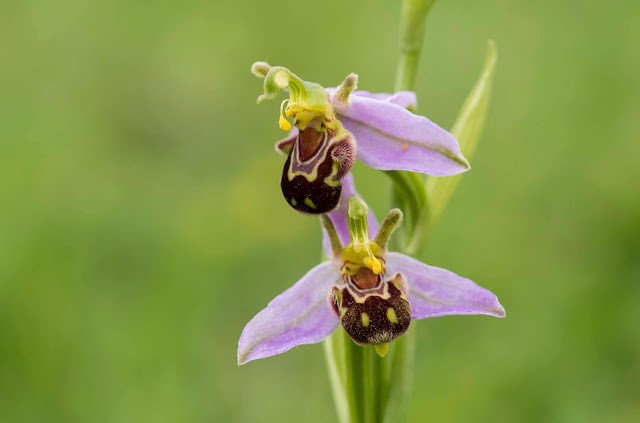 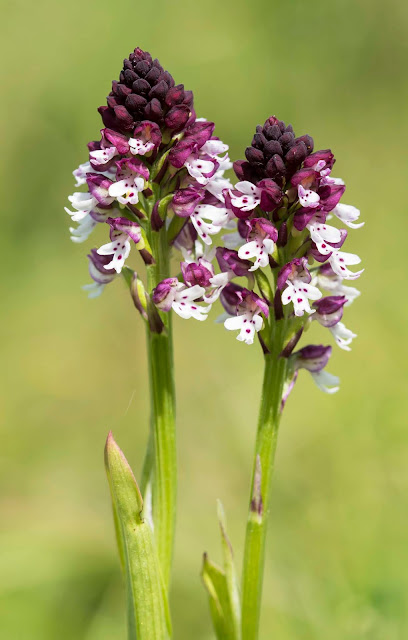 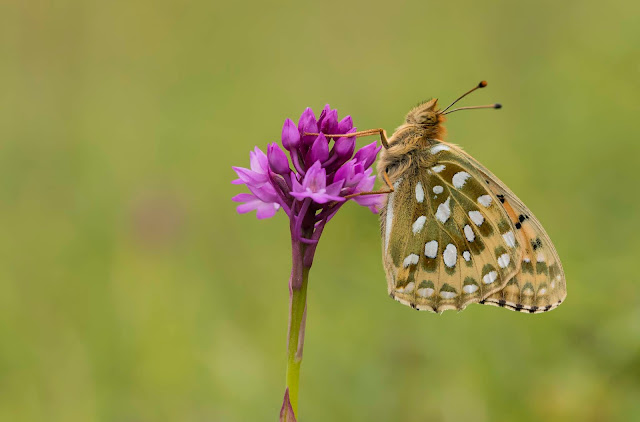 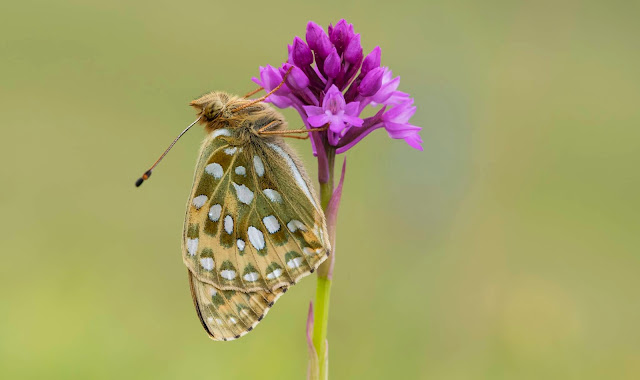 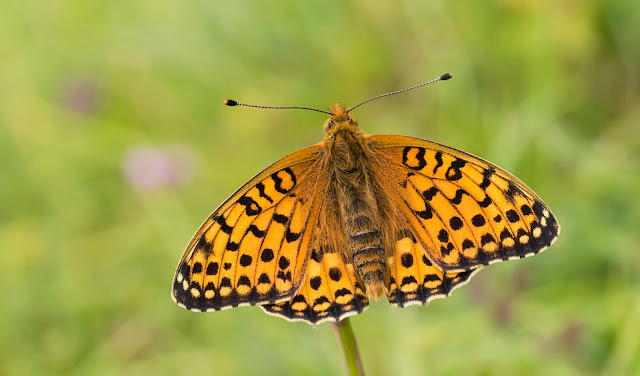 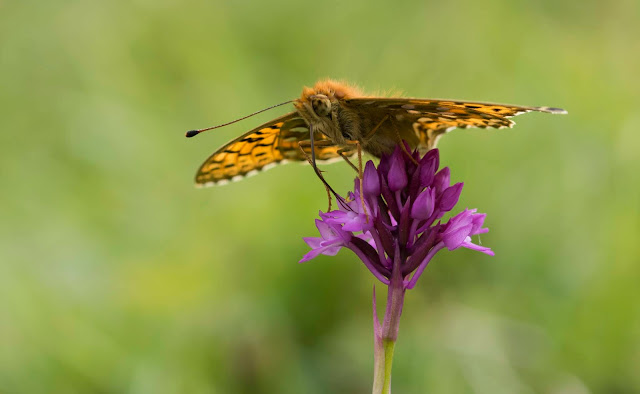 A very memorable 2 days and my thanks goes to Phil Bromley for the first message and then of course to Dave Cook for the invite that gave me the chance for watching these beautiful butterflies before it got much busier!! It also saved me a lot in mileage and fuel.

Posted by Bob Eade. at 21:49
Email ThisBlogThis!Share to TwitterShare to FacebookShare to Pinterest