Warming Up, But Still Not Summer!!

The past 3 days have been quite eventful, even if not totally successful.

On Thursday David and I was hoping to photograph a Peregrine, and although I did get a record type of shot of one, it certainly wasn't what we were hoping for. Having said that, it was still a really good day as the Peregrines were putting on quite a show for us, flying at amazing speeds as they displayed to each other, and also having the odd scrap with the local Ravens. In fact, photographically, it was the Ravens that ended up saving the day as they flew past quite close a few times. 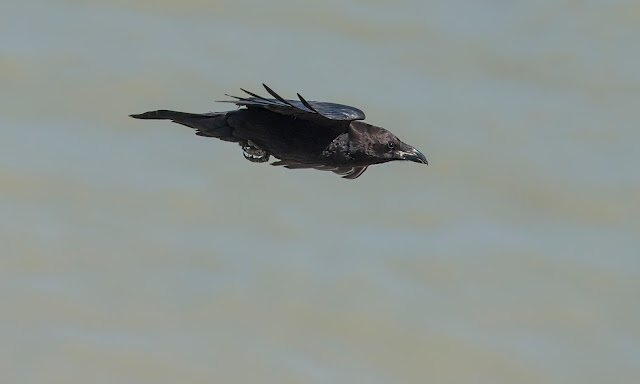 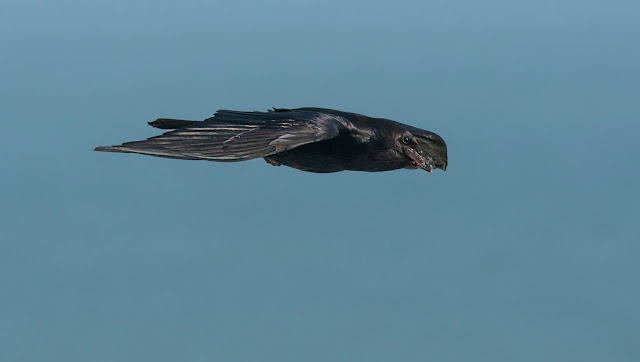 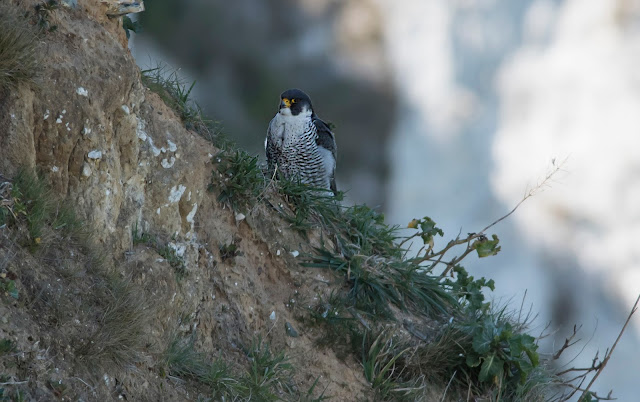 The other highlights for the day were 3 Swallows coming in off the sea, my first Swallows of the year, and a possible sign that Summer is nearby. As it was the wind was very cold at times. My first Small White butterfly of the year was also seen.

On Friday it was back to my local patch in slightly warmer conditions, although the breeze still kept the insects at bay. In the more sheltered spots however, the butterflies were actually out in force with probably between 20 and 30 butterflies seen, the most numerous of which was the Peacock. 4 species in total seen with several Brimstone, Comma and 2 Small Tortoiseshell.  I also enjoyed photographing and watching the numerous Bee-fly. Both the Dark-edged and Dotted Bee-fly were seen but I only managed a shot of the scarcer Dotted. 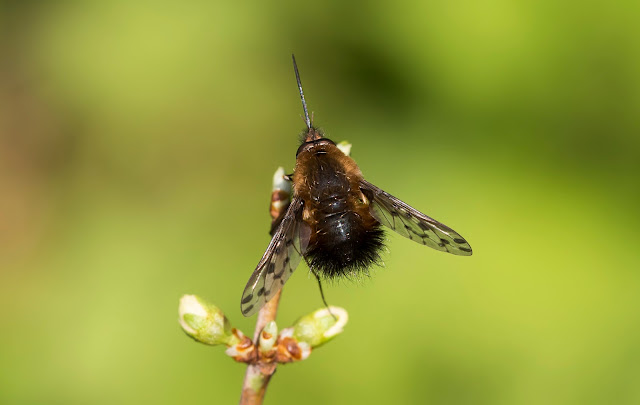 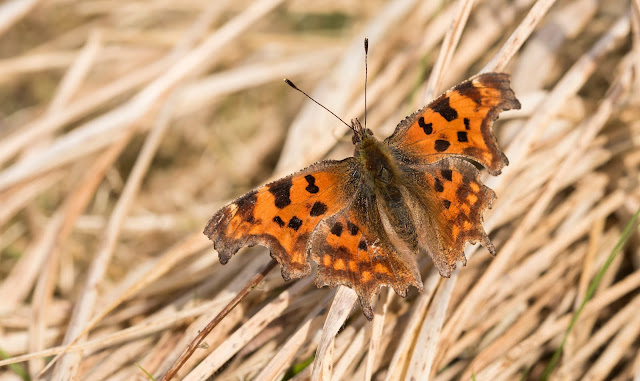 Today it was back to seeing how the Wall Brown larva were doing. I have been expecting them to get harder to find as they are probably becoming more nocturnal and probably some have started to pupate. I did still see around 15 as well as a Speckled Wood larva. Once again the breeze put pay to many butterflies flying with just a Peacock seen. 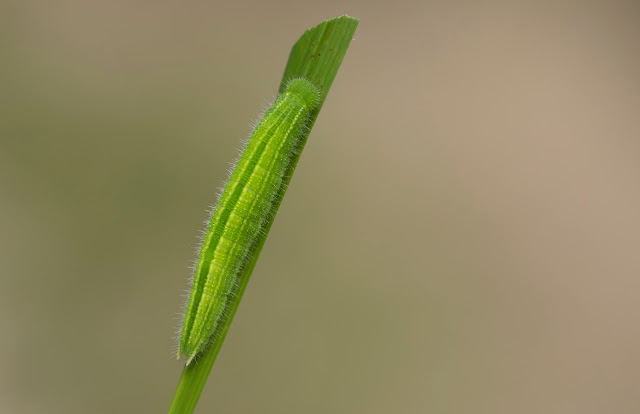