Each Winter Britain is invaded by large numbers of Thrushes from Scandinavia. With milder winters over here they can normally find enough food to survive the winter, although these days too many of the hedgerows are cut far too much which means there are far fewer berries around that should be there for these birds.

Many of the influxes of both Fieldfare and Redwing from the early Winter seemed to have moved on, that was until the really cold spell that hit us last week. Then the Winter Thrushes started to appear again as they grew desperate for food, with many being found in gardens as they hunted out fallen apples from the Autumn.

Phil gave me a ring on Thursday to tell me he had several Fieldfare and Song Thrushes feeding on some windfall apples in his garden. He had already filled his boots with photos so he kindly invited me over to see if I could also take advantage. I wasn't able to until Saturday, when on getting up the sky was full of heavy cloud and it looked like I was going to be out of luck. Suddenly the skies cleared though and I quickly got the gear together and headed over to him. The big thaw had already started and the snow was beginning to go. The Fieldfares had also done a disappearing act so I sat in his Land Rover, that was acting as a makeshift hide, and waited and hoped. After around 15 minutes a single Fieldfare suddenly arrived to feed on the apples. I quickly ran off a few shots before someone walking down the lane disturbed the bird. However, it wasn't too long before the bird returned. This is without doubt the smartest thrush that we have in Britain and it was great watching it at such close quarters. In the hour I was there it came in around 6 times along with several Blackbirds and Song Thrushes. It was also good to sit in a bit of comfort and have a cuppa delivered too. A wonderful way to spend around an hour. By the time I had finished there was a lot less snow on the ground too so it was a good job I hadn't waited any longer before getting there. My thanks as ever to Phil for letting me share these wonderful birds. 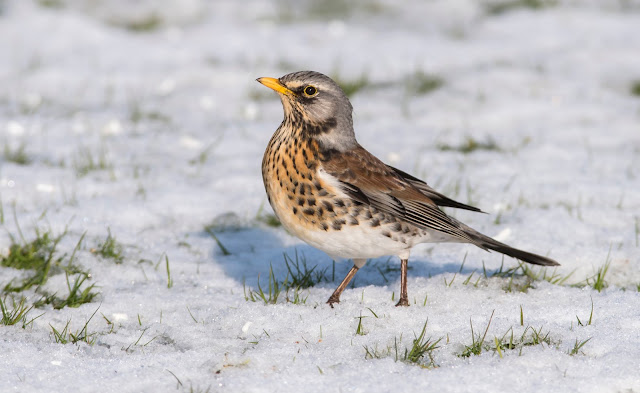 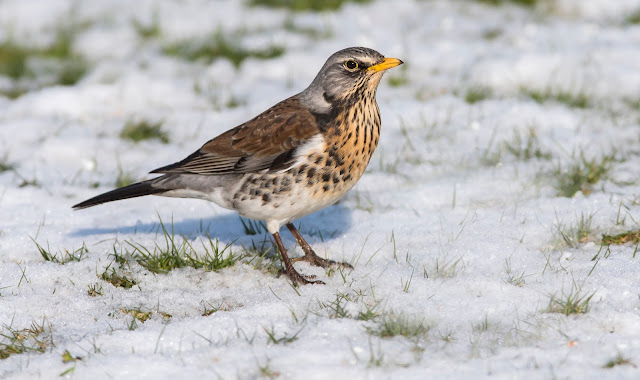 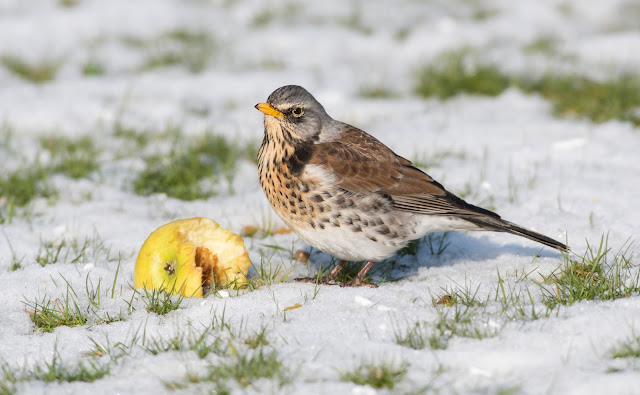 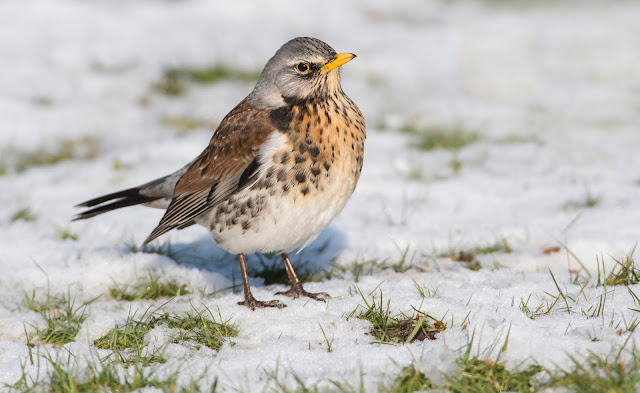 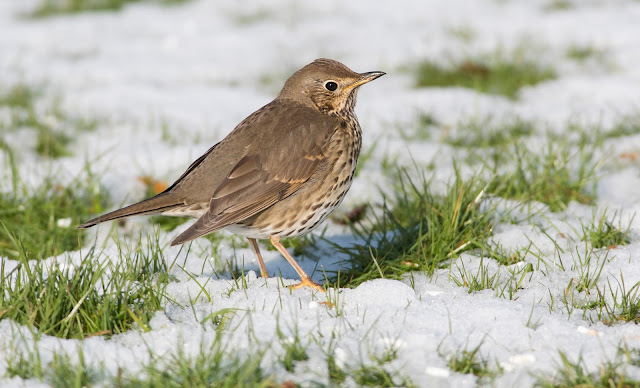 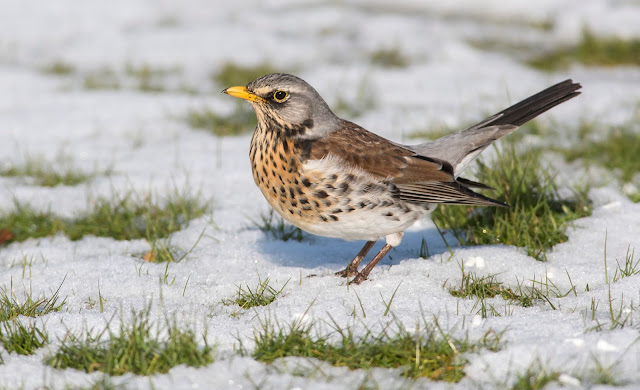 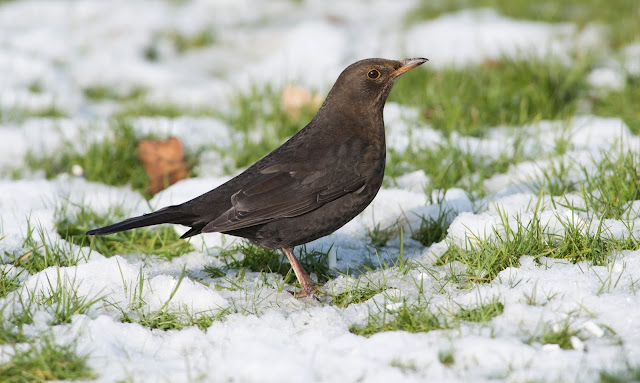 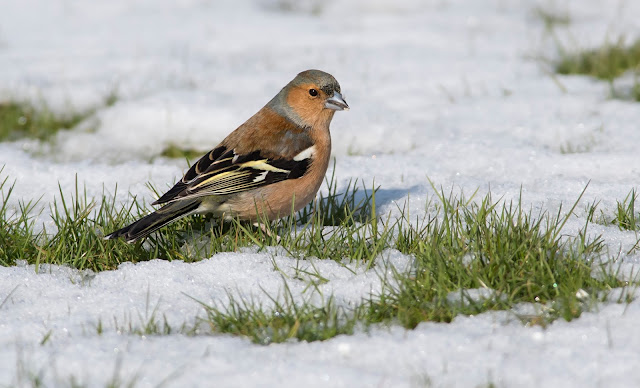 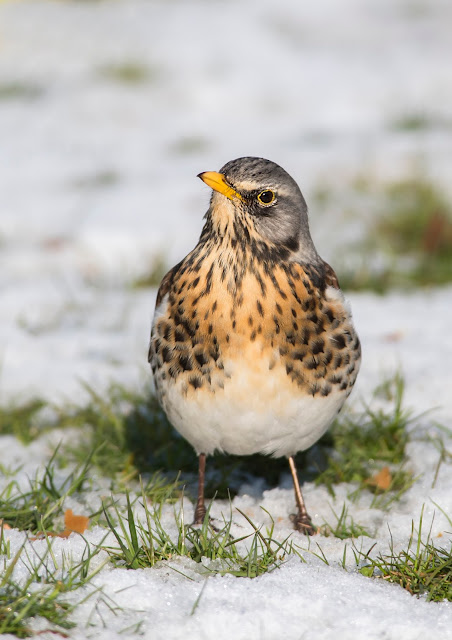