A Taste of the Mediterranean.

No, not Sangria or Sardines grilled on the beach, but the wonderful Mediterranean Gull, one of our most handsome regular gulls. David and I ventured down to Rye Harbour in the hope of seeing a few of these beauties at close range. It wasn't long before we saw and heard a few of them as they mixed in with the much more numerous Black-headed Gulls. It didn't look as though we were going to get any close views as the Black-headed Gulls had control of the nearest island, but eventually a very smart Mediterranean Gull landed on the end of the island and we both managed to get a few shots. With another landing next to the first one we even saw a little bit of courtship. Eventually we headed round the rest of the reserve hoping for an early Wheatear, but no luck on that front. The weather at this point felt far from the Mediterranean with a cool wind blowing, and it felt freezing. We did see a female Sparrowhawk taking apart some prey that it had caught, and also on the way to Rye we did stop off and see a female Hawfinch. 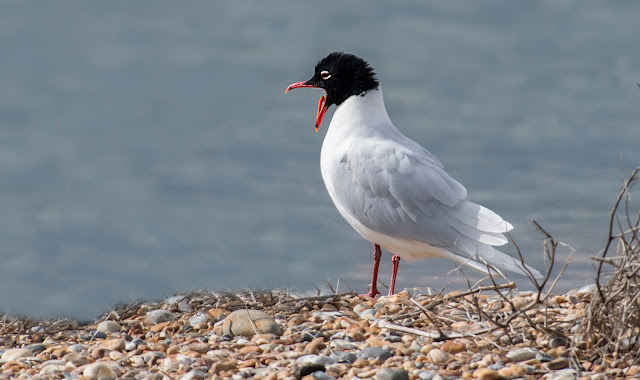 Mediterranean Gull giving it some!! 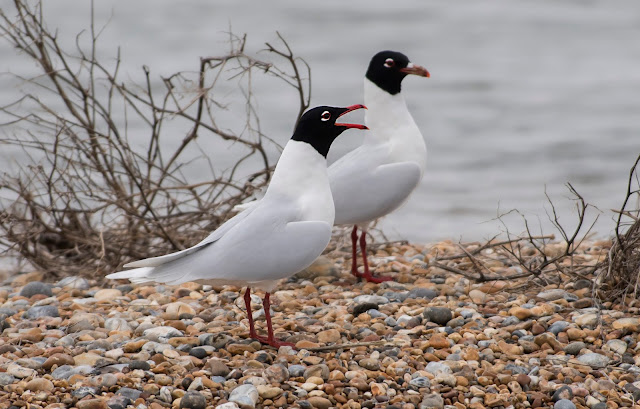 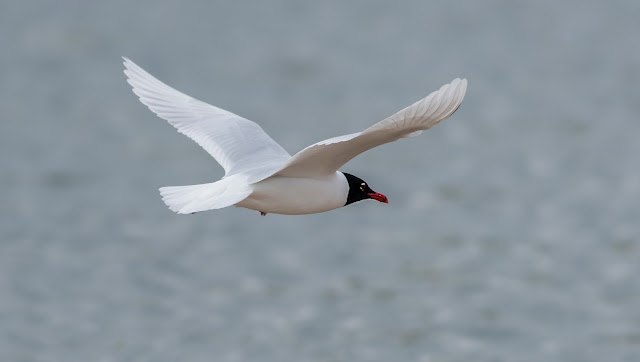 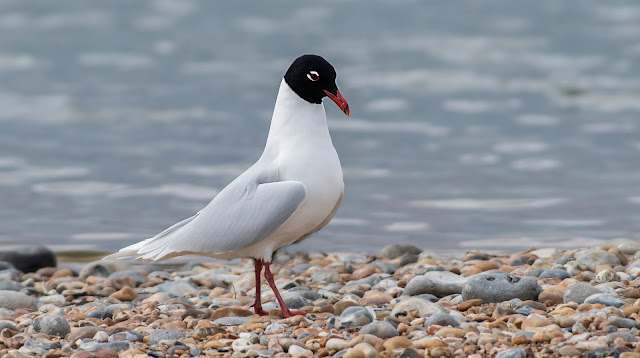 The following day with much brighter weather forecast we headed to the North Kent marshes. Although we didn't get to see or photograph several targets we did still have a good day photographing some of the common waders from the car. We also saw many waders at another stop on the coast. Certainly the Redshank performed very well for us as well as some boxing Brown Hares. Several distant Marsh Harriers were also seen. 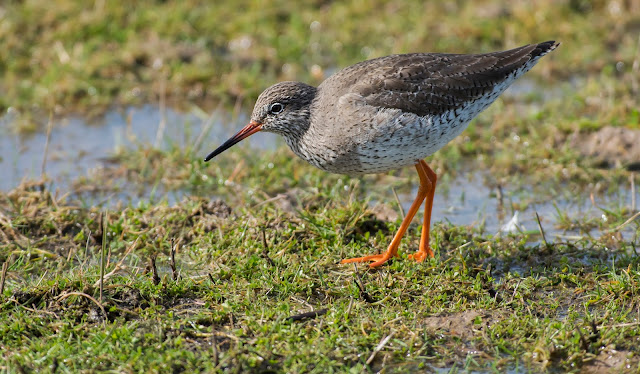 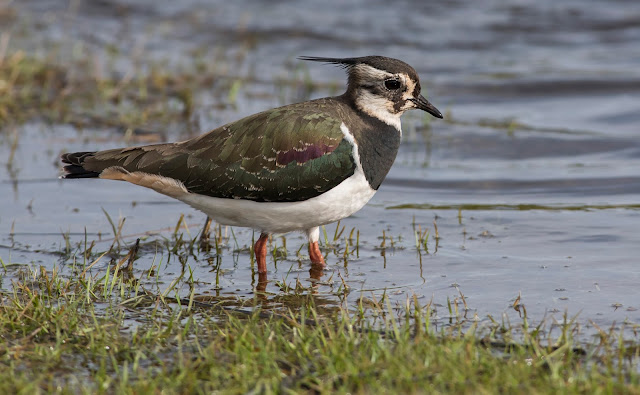 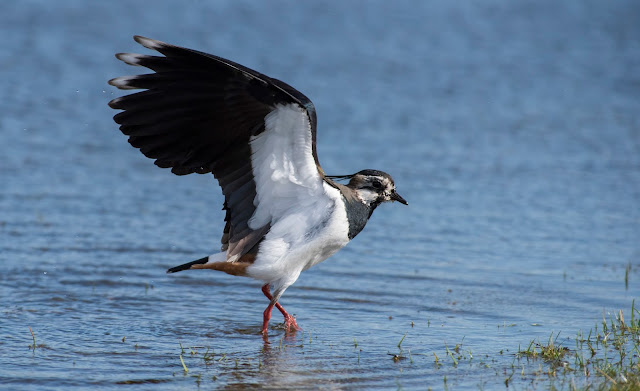 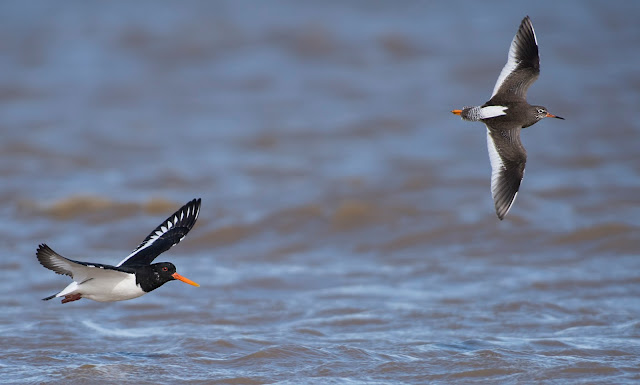 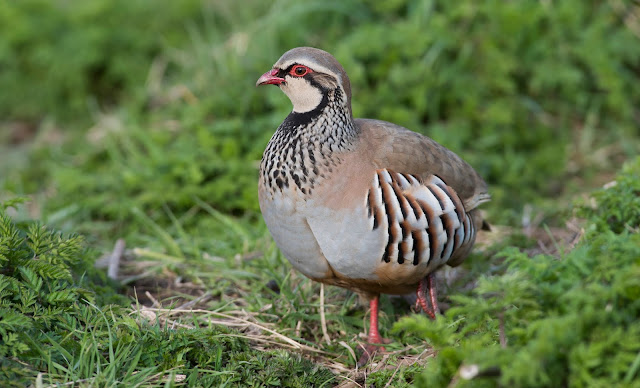 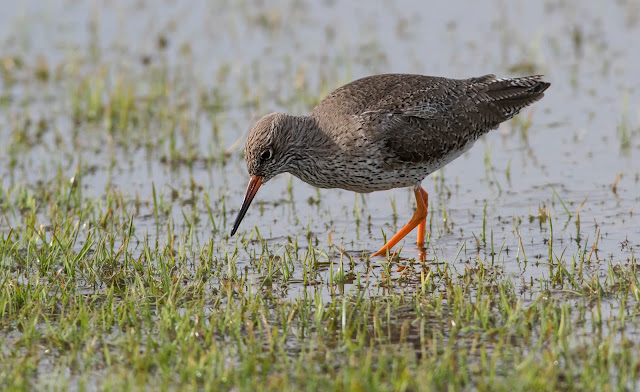 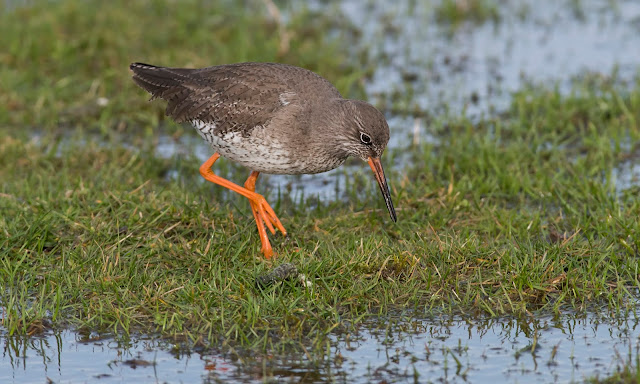 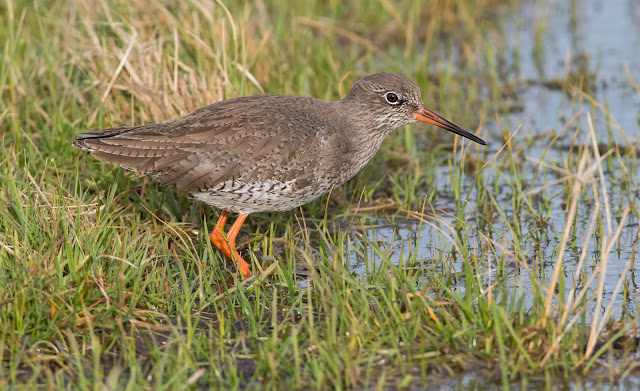