Not quite the Christmas Carol, but as near as I can get!!
I had a phone call from Phil to tell me that the Long-tailed Tit numbers had increased dramatically near his hide, since the few we had seen last week. The weather was meant to be a slight improvement on the Friday, although still pretty dire. However, we set off and after getting comfortable in the hide the weather did actually brighten a little. During this time though there were very few birds around, and it was only a short time before the heavy clouds returned and a steady drizzle began to fall. Not too helpful!!
During this time we had a few Long-tailed Tits drop in to feed and one landed on the nearby Holly where we were hoping they would sit briefly. 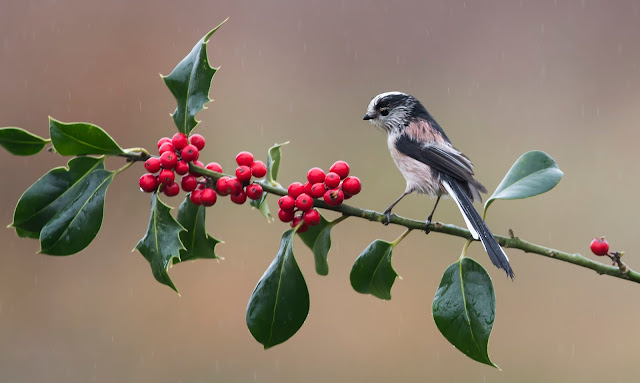 The Holly and a wet Long-tailed Tit.

During this time we also had the female Kingfisher around the pond. With one fish she caught she suddenly flew towards us and landed nearby on a bird table where she stunned the fish before swallowing it. A quick grab shot of her, heavily cropped to eliminate the bird table was taken. Not very good quality mainly due to the rain. 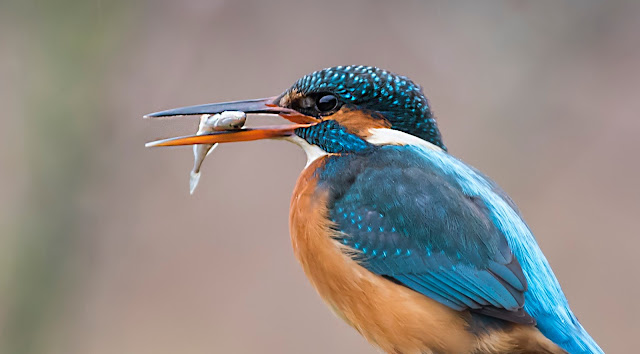 The bird then returned to the pond where we saw her catch another couple of fish as well as a Water boatman. This was very pleasing as the pond doesn't hold many fish, but it does have many Water boatman so hopefully that will keep the bird coming to the pond.
We also had visits from Great-spotted Woodpeckers and Nuthatch again to keep us amused. 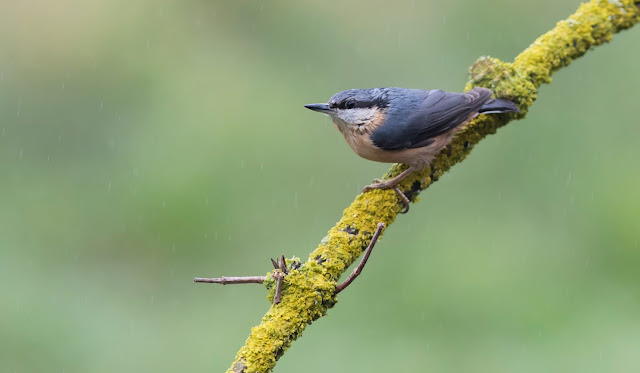 Nuthatch in the rain. 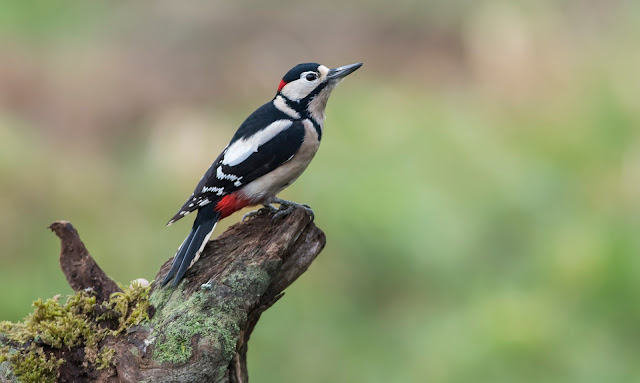 It was however the Long-tailed Tits that we really wanted to photograph, and with the drizzle eventually clearing as well as the clouds thinning just a little the Long-tailed Tits returned occasionally giving us more opportunities to photograph these delightful little birds. At times we had large groups of double figures all over the fat balls and every now and then one would pose nicely for us. 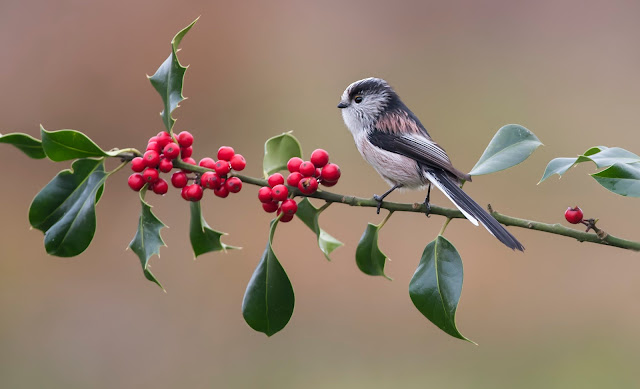 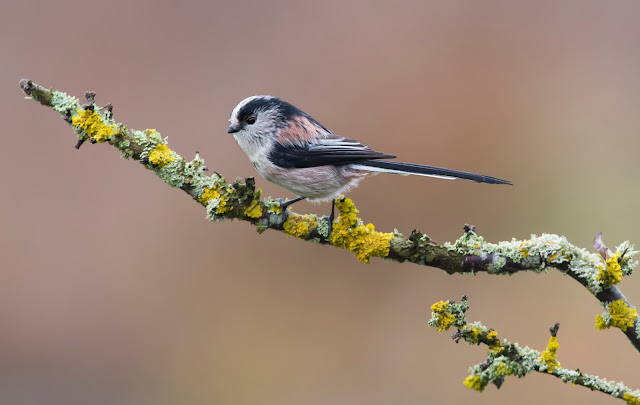