This morning I had a text from Matt who at the time was on the runway of Sofia Airport in Bulgaria. He had just had a message to say that a juvenile Baird's Sandpiper had been found in the Cuckmere Valley. This was only the 8th record for Sussex of this rare American Wader that had probably been blown off course by the recent hurricane. It was also the first time one of these had been seen in the local valley as well as being the first Sussex sighting since 1996. The bird was only seen at long distance though and only poor record shots were possible. Several hours later Matt had managed to get back to see the bird and it was now showing down to just a few yards so once again it was down to getting the gear together hoping for some much better shots. The only slight problem was that the weather had now gone downhill and rain was falling all the time. However, seeing this very rare bird at such close quarters was well worth getting a little wet for!! 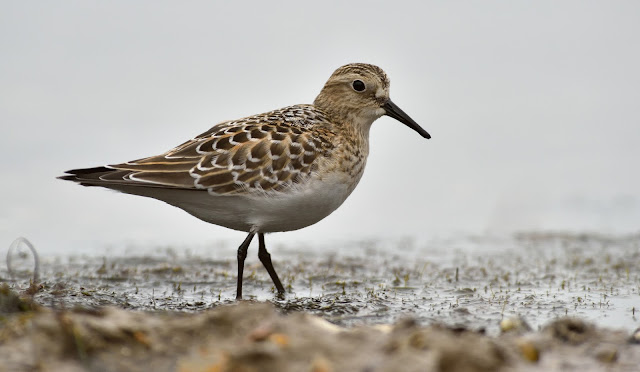 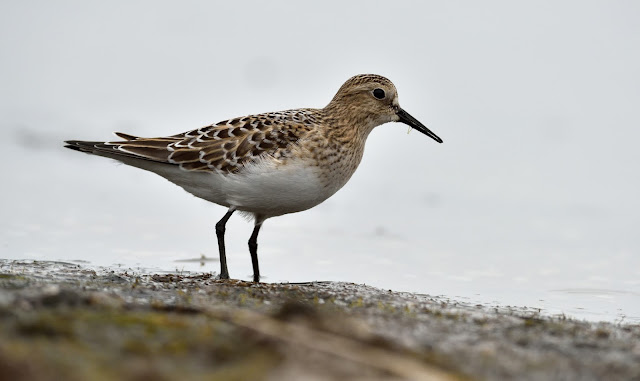 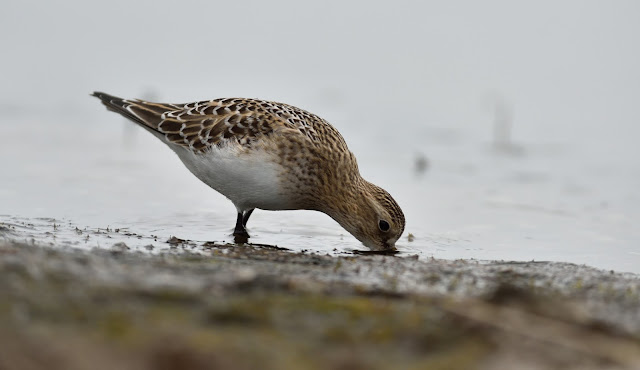 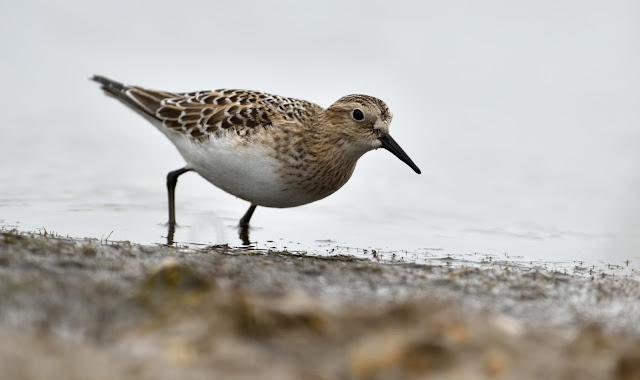 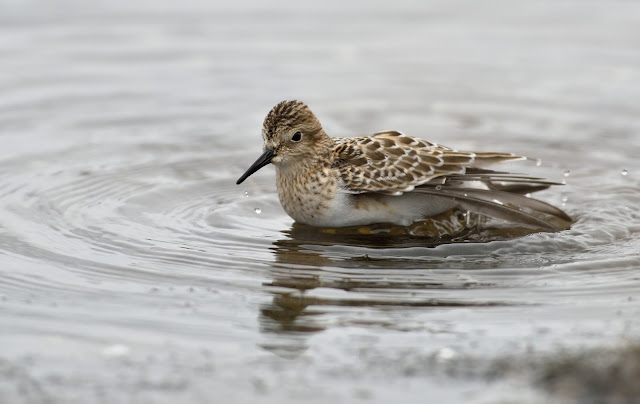 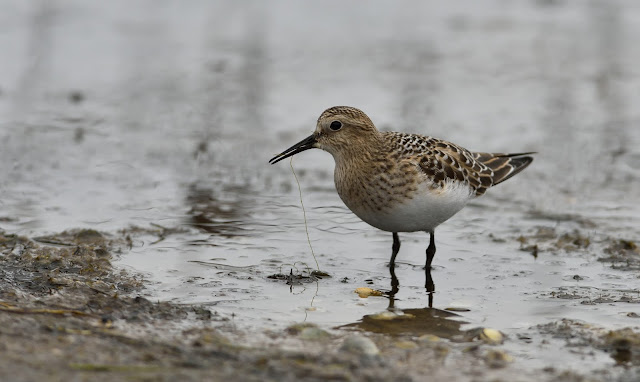 The Juvenile Baird's Sandpiper.
Posted by Bob Eade. at 23:26