In the past couple of weeks since the first Silver-spotted Skippers first emerged the numbers have continued building to what is probably their peak about now. Each time I've been on the site I have seen some freshly emerged individuals and I've been lucky to find a few that have posed and not flown off in the typical manor this species normally does. Wall Brown numbers have also been very impressive this year and on my annual 2nd brood count this week I hit a new record of 115 butterflies, very welcome seeing so many of this species that has declined nationally at an alarming rate over the past 30 years. I even saw a Wall Brown in the garden yesterday while I was having my breakfast!! Other highlights this week was seeing a Vapourer Moth that wasn't flying past. I saw it flapping on Agrimony and I assumed it had been attracted to a female, that is flightless. Of course, I assumed wrong as the poor moth had got stuck to the seeds on the stem. After taking a couple of shots I realised the dilemma the moth was in and managed to release it. 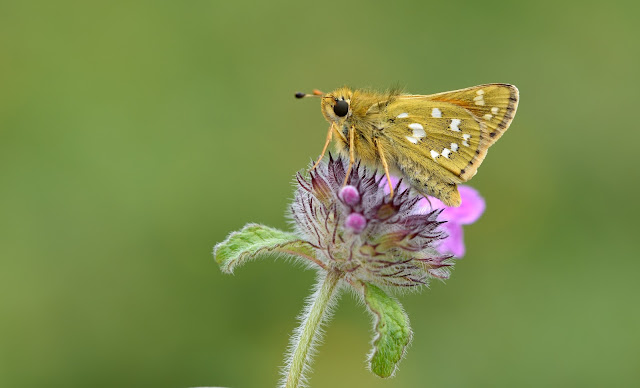 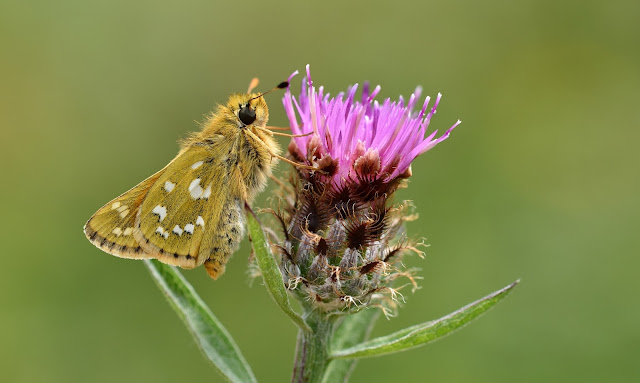 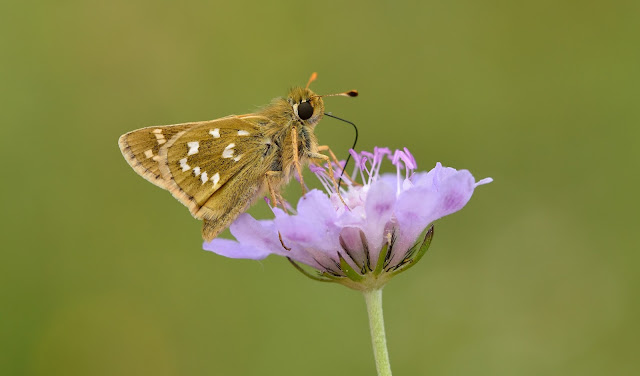 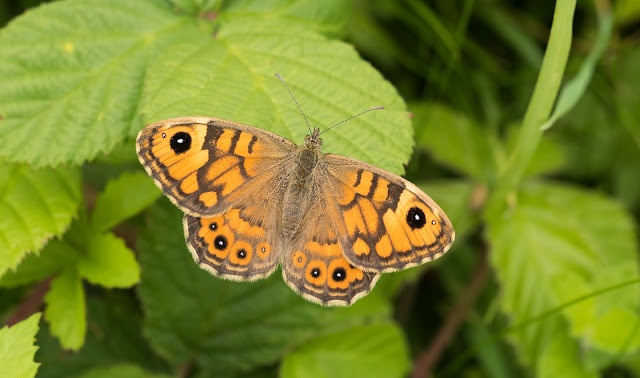 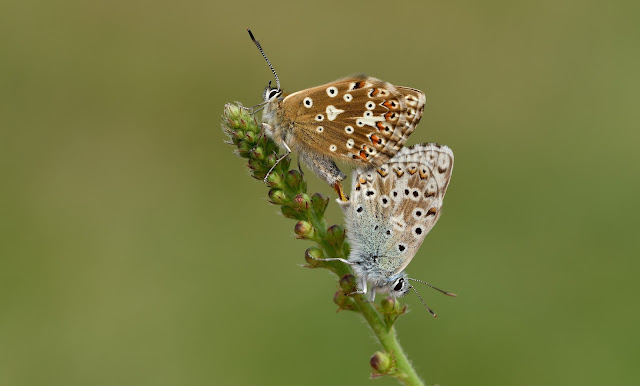 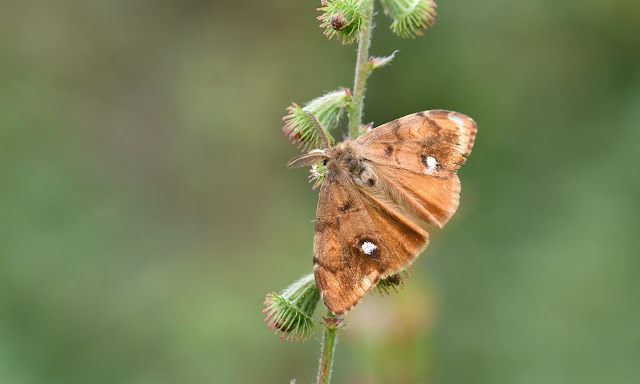 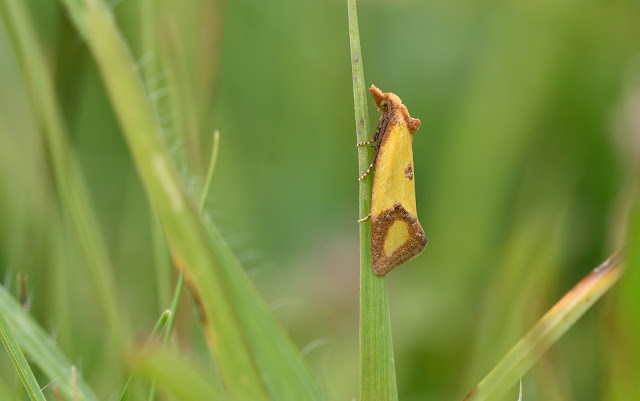