For the past couple of weeks I've been walking the local woods with the main quarry being a smaller 'Purple' quarry. More of that in a future post. Whilst this hunt has been on though I've had some great sightings of the Silver-washed Fritillary and a few other woodland gems. These glorious butterflies get their name from the hint of silver on the under-wing, although the golden orange colour is what stands out as they fly at breakneck speed through the woodland glades and canopies.  Most of the males are now starting to show a little wear and tear, but some of the females are still looking fresh. 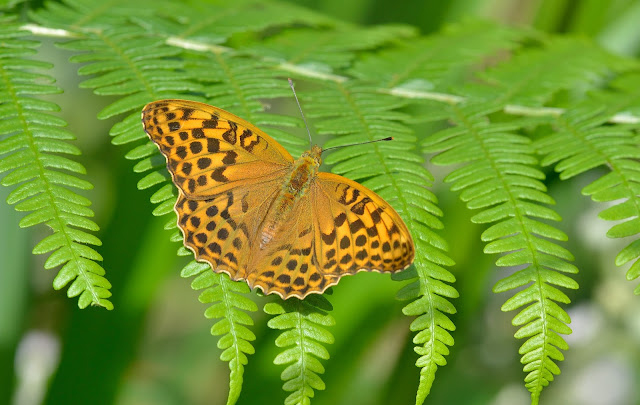 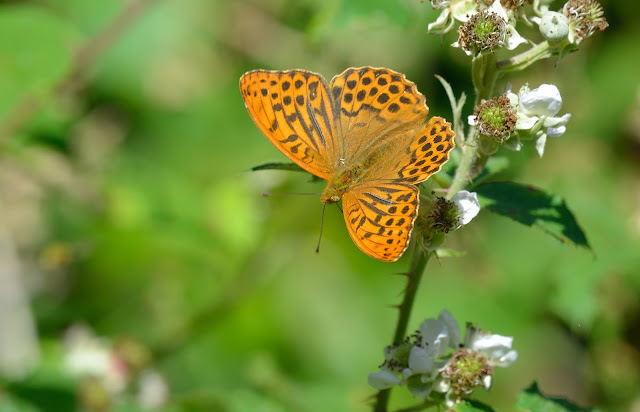 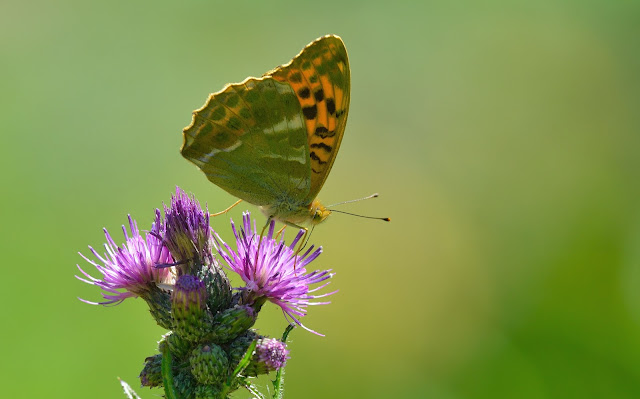 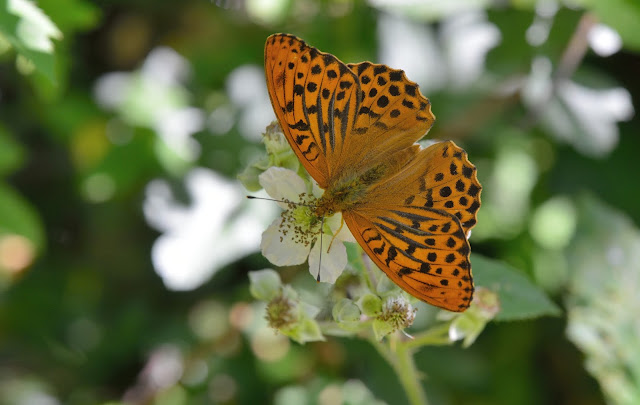 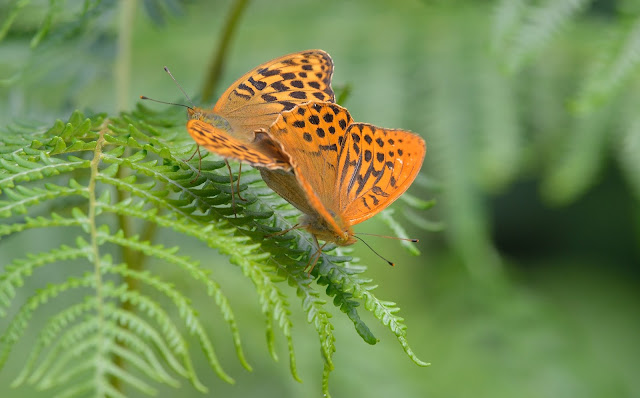 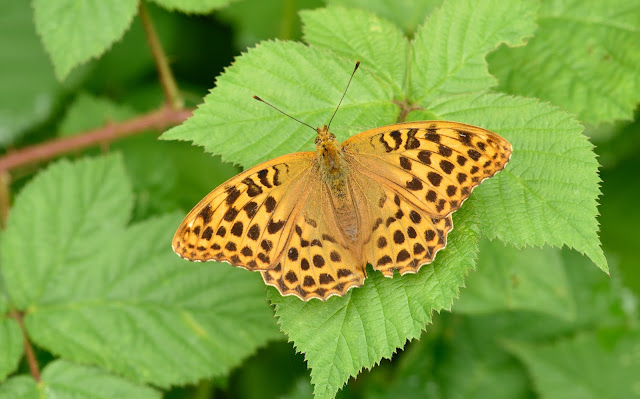 I was also in for a rare treat when I saw my first ever Valezina form of this species. This is a form that isn't often seen this far East and is only ever the female butterfly.  As soon as I saw it fly past it was pretty obvious what it was. Although it flew deep into the woods, not long after the first sighting it re-appeared and sat still for some shots. 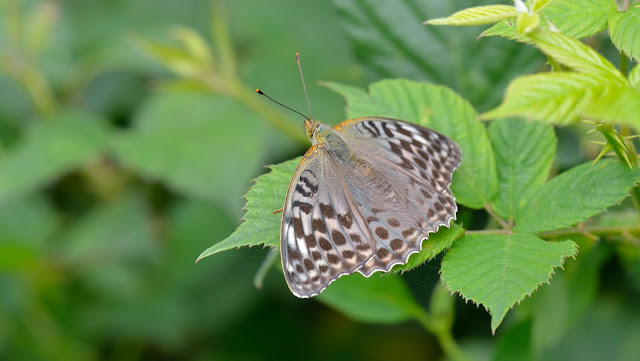 My first ever view of the Silver-washed Fritillary Valezina form. 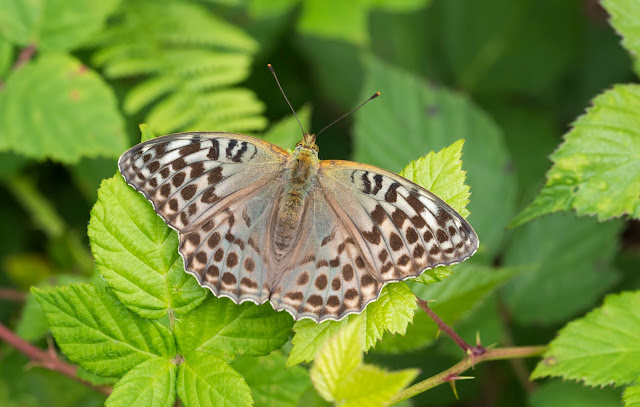 Gatekeepers are now building up in numbers and Ringlet are extremely numerous in the woods with some taking off with nearly every step of the way. 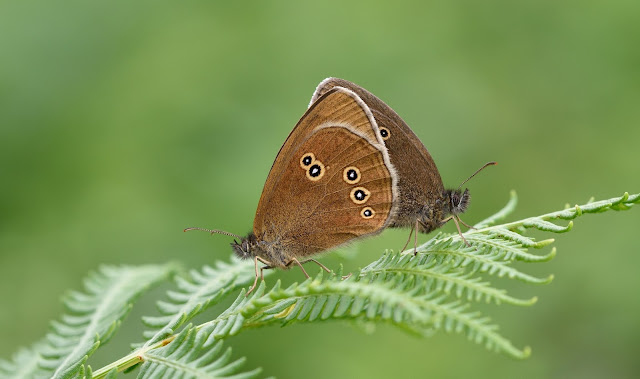