With the local Wall Brown now on the wing I was keen to try to get some shots of this notoriously difficult butterfly. As I have been studying this species for many years I felt confident that I would find some butterflies even though there are not many flying yet. Unfortunately the very cold strong wind was a North Easterly which was not quite what I was hoping for. On first arrival I saw 2 butterflies right where I expected them to be as they tried to warm up. I soon had the 2 males fighting for territory. It was difficult to know how many different butterflies I saw but it was almost continuous action until the wind veered around a little too much. I then wandered off for a while hunting other species but once again the cool breeze meant little was seen. Returning to my Wall Brown spot I was pleased to feel the breeze had improved just enough and once again I was seeing territorial behaviour. A great couple of hours although not too many photos. 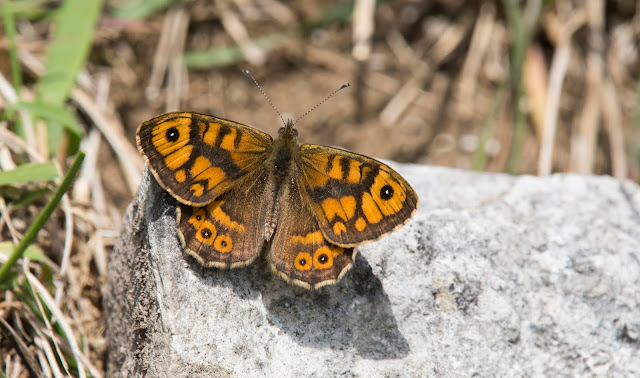 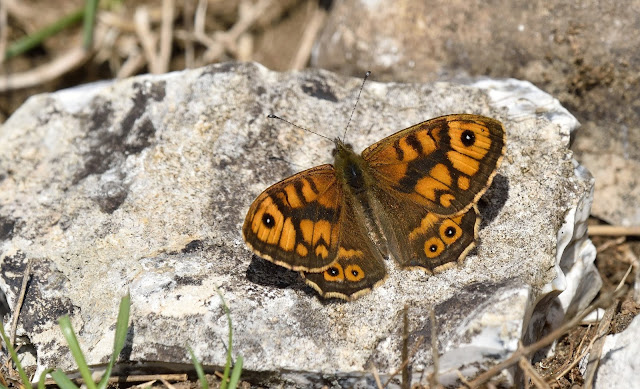 Today Nigel and I visited another of our local Early Spider Orchid sites. I first checked this site on Sunday and found around a dozen plants. Today, a wider hunt resulted in around 60-70 plants with some small groups and one plant with 2 flowers very close together on the stem. 4 Small Coppers were also seen, my first of this year. This brings me to 16 butterfly species this year. The only downer for the day was finding a large dead female Adder. It wasn't at all clear what had caused the death as it looked didn't look damaged at all. It was just upside down and a bit smelly!! 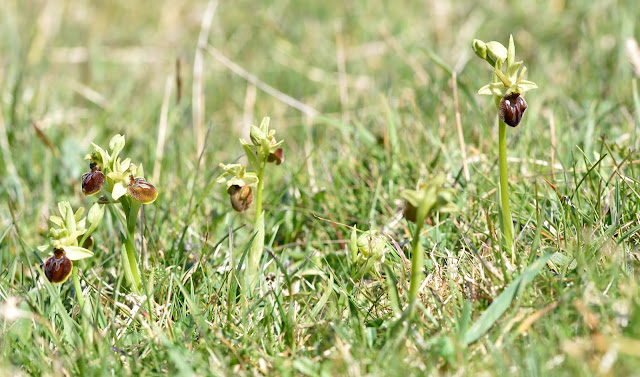 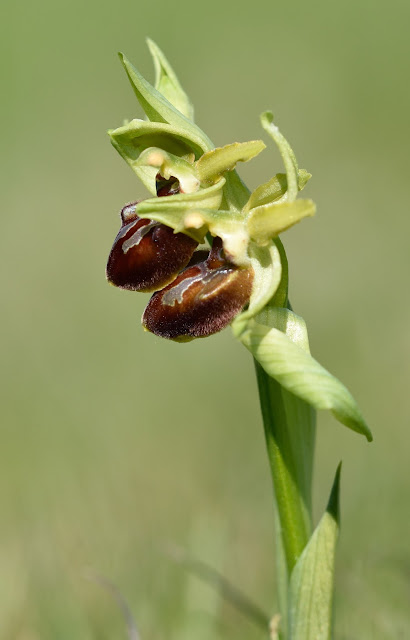 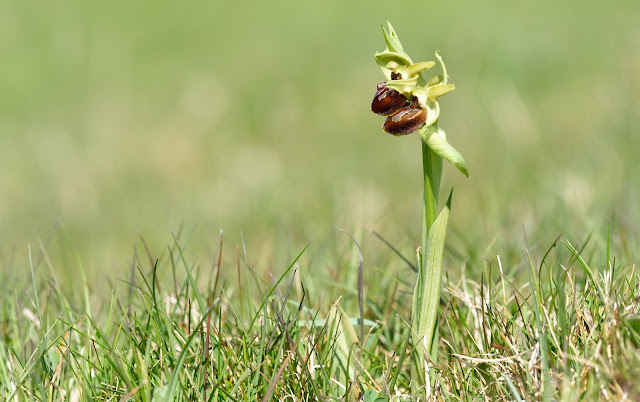 Early Spider Orchid with 2 flowers together. 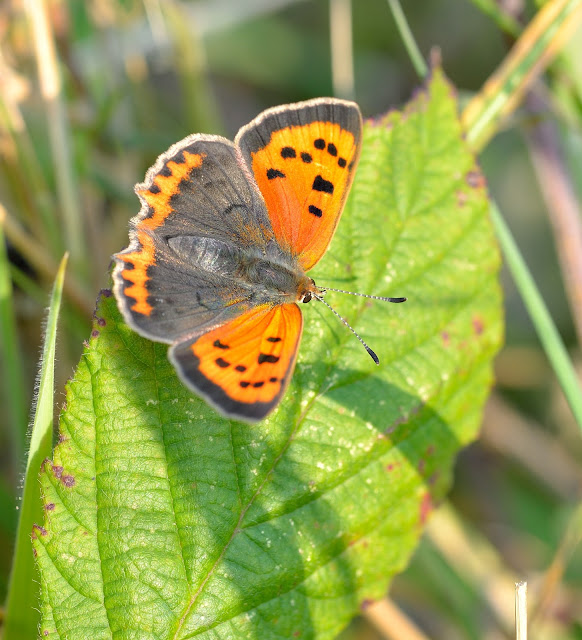