Yesterday I was planning a butterfly survey, but, with the weather being almost wintry I decided against it. Instead it was back to a stroll around the local patch in more hope than anything. The wind was very cool, but from a direction that at least the patch was partly protected from, it felt okay in the few sunny bits. A few Wall Brown were seen but apart from that it was just a few newly emerged Cinnabar Moths in the grass trying to warm up. These at least gave me a chance to improve on previous shots of these moths. 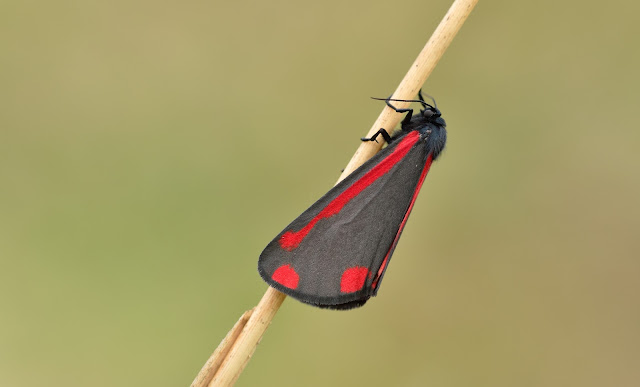 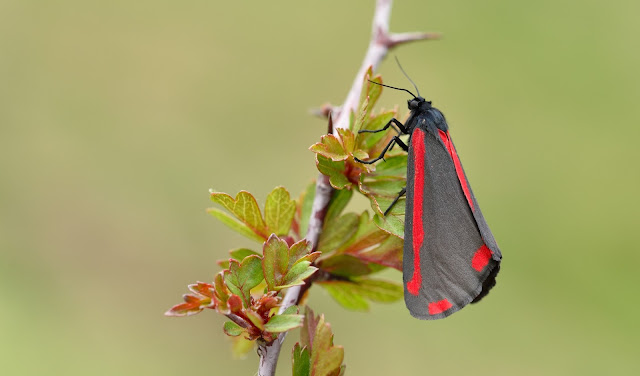 Just before I found the 2nd one shown here I saw what I thought was a Ring Ouzel fly across the valley. The binoculars were on close focus and by the time I had adjusted the focus the bird had vanished in the bushes. On trying to relocate the bird I saw this Cinnabar and as I finished taking photos the bird flew over our heads and this time it called too. There was now no doubt it was an Ouzel. It was then seen again flying back across the valley where the white chest was very visible!! Matt had seen and photographed one at Seaford Head in the morning so it may have possibly been the same bird.

We then headed North where a smart Wheatear was seen. Along that valley the weather deteriated even further and we nearly gave up, however, with the sky looking a little brighter in the distance we battled on seeing 2 Brown Hares and several Common Whitethroat. James then spotted a slightly worn Green-veined White roosting on a Dandelion clock. This at least gave us a few photo opportunities. 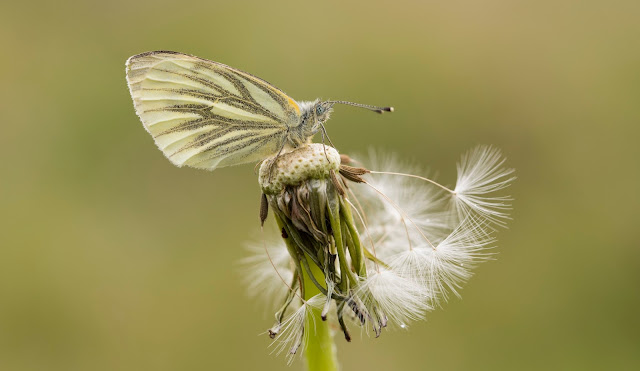 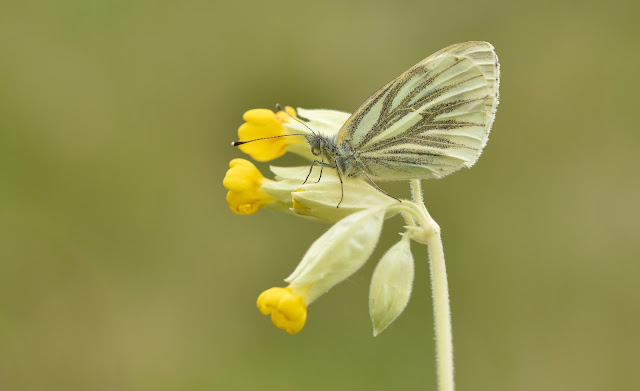 Looking pretty on a nearby Cowslip.

We now even had a little light rain falling, but we pushed on and as we reached the turnaround point we started to see more as the clouds suddenly lifted and sunshine came through. 3 Small Coppers seen at the same time was very uplifting, especially as last year at this site only one 1st brood Small Copper was seen. With 2 more seen in the afternoon we had a 500% increase on last years poor showing!! We also saw and heard 2 Mediterranean Gulls flying overhead for around 30 minutes. A single Dingy Skipper was also seen and photographed. The best sight though was as we were leaving the site I spotted a very fresh Small Copper going to roost on some tall grass. The sun was now hiding behind light cloud, but we could see the sun was going to be fully out again soon and as this happened the butterfly opened its wings quite wide as it tried to get the last of the days rays. A brilliant end to a surprisingly good day. 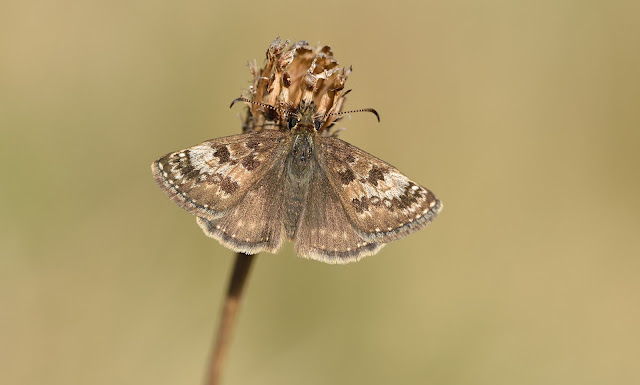 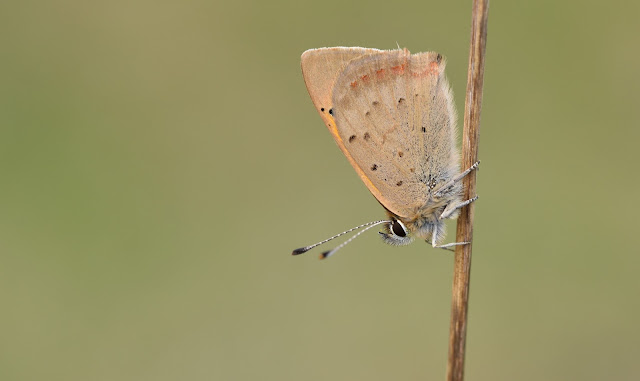 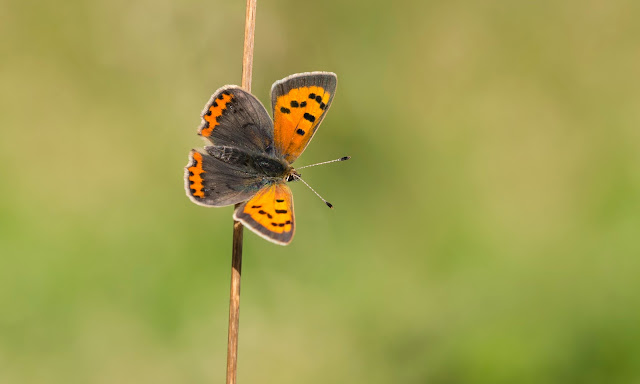 Small Copper warming up at the end of the day.