With clouds covering the sky, but slightly calmer winds I called up to my local patch for the 2nd day running. However, following yesterday when I didn't hang about due to the really cold conditions, today I straight away had at least 7 Wall Brown flying around me fighting for the right to land on the warmer bank in front. These territorial battles went on for some time with the butterflies landing in front of me between battles and although several pictures were taken none were good enough to keep.
Eventually I decided to move on, as the sun had come out, and as I was leaving the area a little butterfly flew up and landed nearby. Through the binoculars I could see it was a newly emerged Dingy Skipper, my first of the year. The wings were still a little creased up. It was then seen climbing up some grass to dry out and whilst it was doing this a couple of shots were taken. 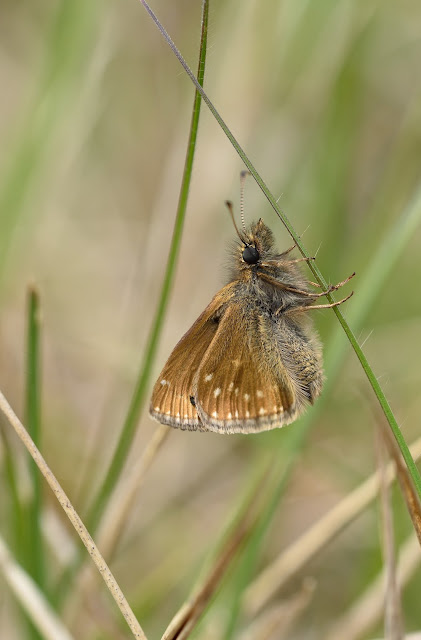 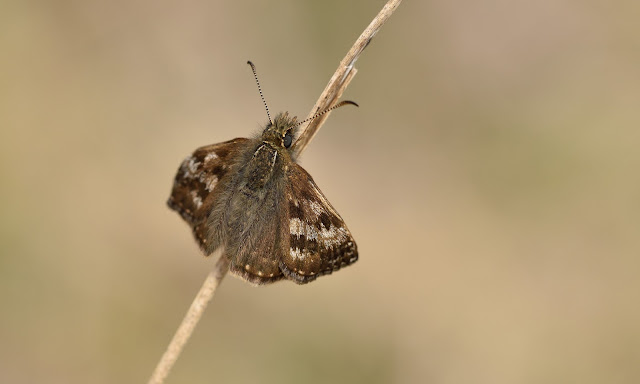 After leaving the Skipper I found a few more Wall Brown flying in the area as well as my first Small Coppers on the patch. The sun however wasn't out for long and I soon ventured back to the area where the Wall Brown had been battling. The temperature though had dropped too much so I had a very quick look to see if I could find a Wall pupa. As usual I failed on this mission, although I did find a pale coloured Marbled White larva. 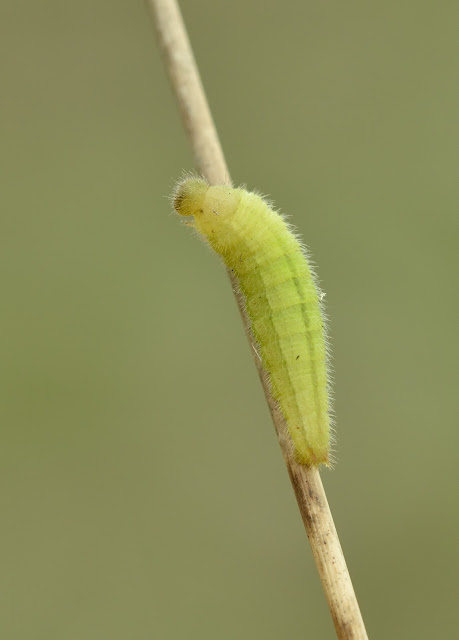