I was in a bit of a dilemma yesterday as I was really keen to see the gorgeous Desert Wheatear that had been found by Chris Ball on the beach near Norman's Bay, but I had to be at home for our energy meters to be changed. With Pen also out for a couple of hours in the morning I had no choice but to stay at home and clean the bathrooms!! Well, someone has to do it!!
Just after 11 am there was still no sign of the workman but Pen returned home. With news that the bird was still there and showing pretty well Pen told me that she could sort the bloke out when he turns up which allowed me to get going. I have only seen one Desert Wheatear before and that was 10 years ago and only a few hundred metres away from where this bird was.
The bird was visible straight away, although at the time quite distant. However, it soon came near and along with a few other birders we then spent a few hours in the company of this lost, but beautiful, little bird. The only time it seemed concerned was when a digger drove past quite close, the noise of that certainly moved the bird away. Fortunately the digger only went past us twice and the bird soon returned to its favoured area. Later in the day the bird moved away from the area where it was joined by a female Black Redstart and at one point they were both sitting on adjoining fence posts in a garden. That's two pretty good garden ticks!! 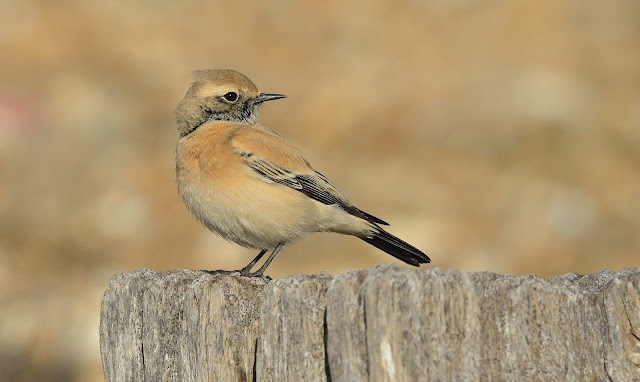 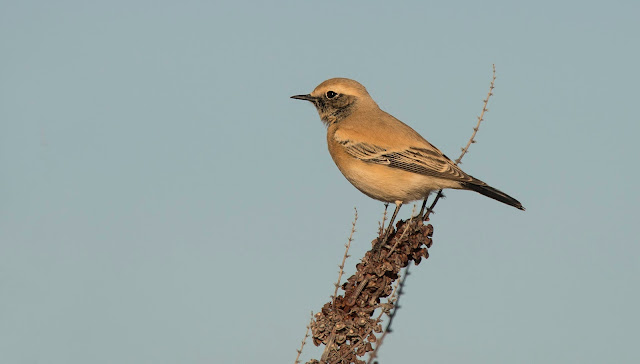 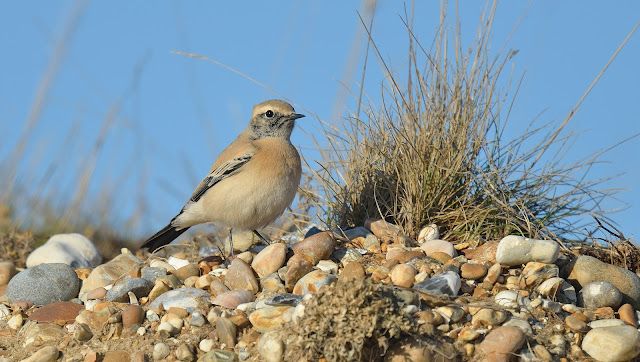 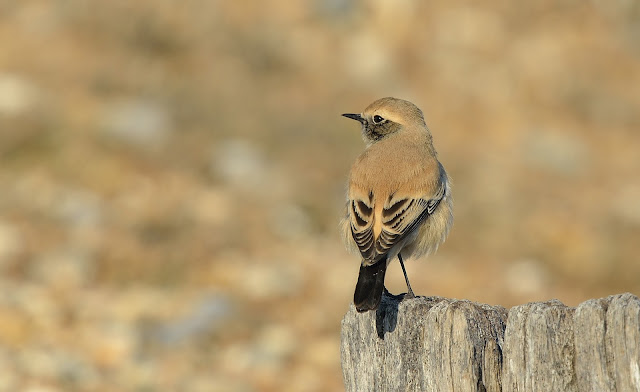 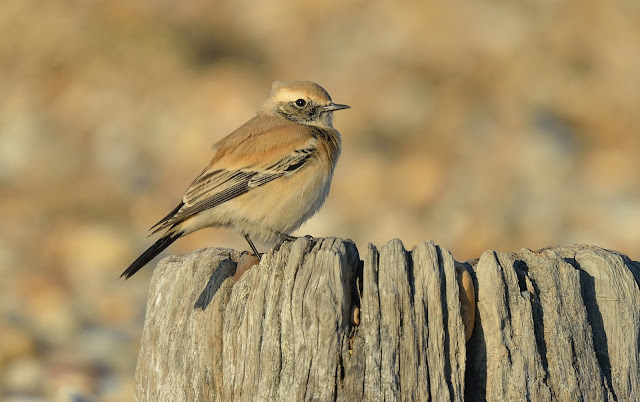 Posted by Bob Eade. at 10:21
Email ThisBlogThis!Share to TwitterShare to FacebookShare to Pinterest