Last Wednesday I had another attempt at tracking down the Red-veined Darter that had been reported for the 2nd year running at West Rise Marsh near Eastbourne. Without the distraction this time of the Ruff that I found last time I was soon onto this rare dragonfly. It was keeping out in the lake most of the time, but every few minutes it would come and sit on a stone by the shore. It turned out to be a good test for the 300mm lens, not my favoured lens for insects, but it was impossible to get close enough to the dragonfly with my macro equipment. 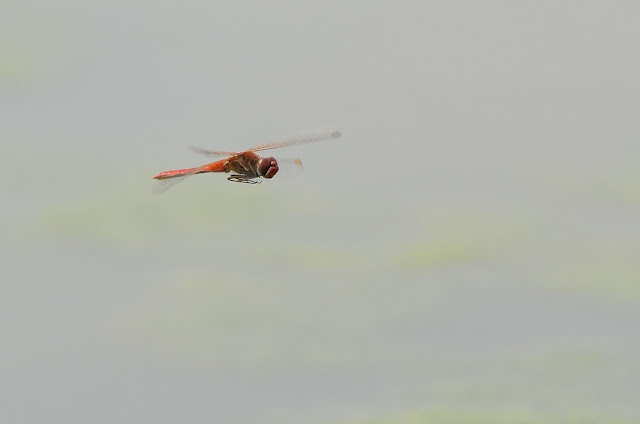 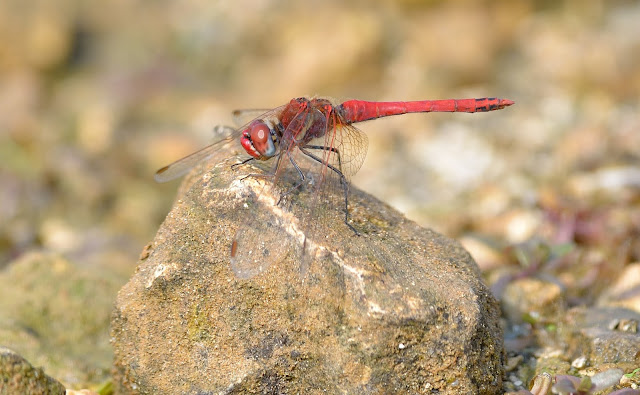 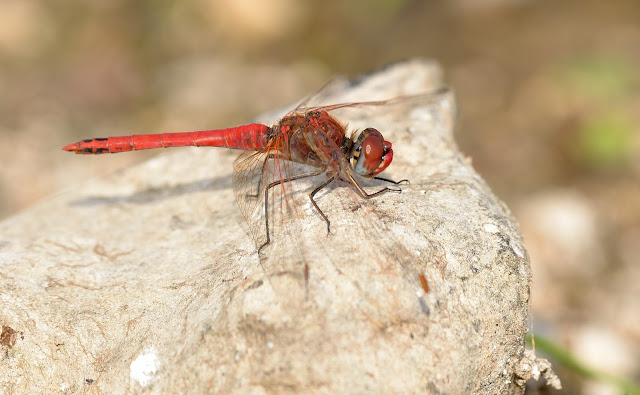 I was nearby again on Friday so I planned another attempt to see if I could tempt it onto a nicer perch. This was not to be though as Eastbourne had monsoon type weather on the Thursday which resulted in the area where I wanted to be being under 18 inches of water!!
All was not lost though as I spotted a pair of Red-eyed Damselflies in tandem in the nearby stream. Just after seeing them the female began to lay her eggs by going underwater and placing the eggs in the water plants. The male was still attached to her and as she wanted to go deeper, at one point they were both underwater. After about 5 minutes, where they were too deep to see, they both came shooting back to the surface where they sat in tandem resting for a few minutes before starting the process again. 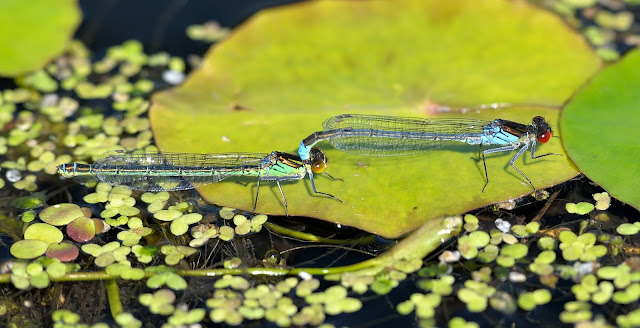 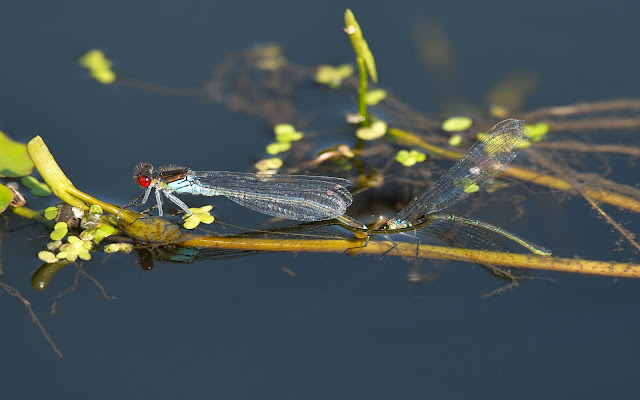 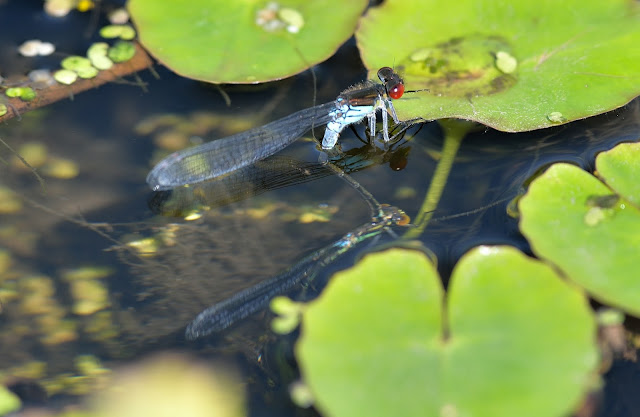