A late afternoon walk produced my first Essex Skipper of the year on Sunday. I was nearing the end of the walk when I saw a Skipper sitting on tall grass. It looked 'cleaner' than the Skippers that I had been seeing and I suspected straight away that it was indeed an Essex. I managed to get a good view and a grab shot of its antannae from the front to confirm it. The front of the antannae had the black that was needed. At this point it flew off and I was unable to relocate it. Whilst looking for it a Small Skipper was preparing to go to roost and I managed a few decent shots of it as it landed on several perches as the weather kept brightening and warming briefly so it effectively roosted 3 times!! It would have been good if it had been the Essex Skipper, but it was still a good session. 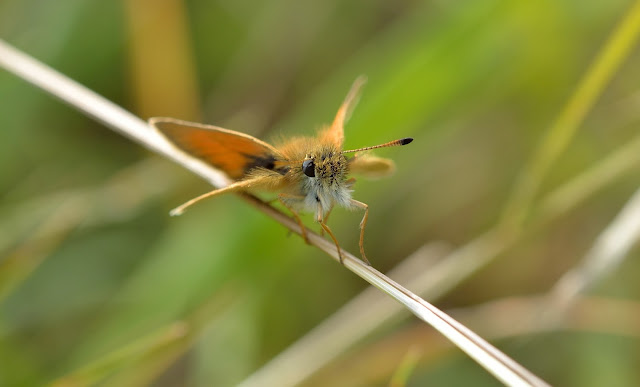 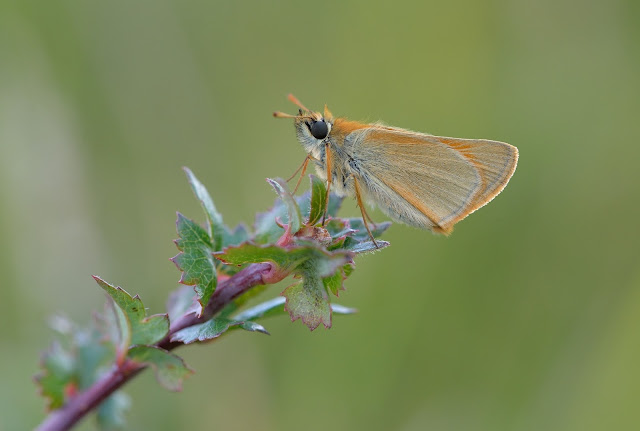 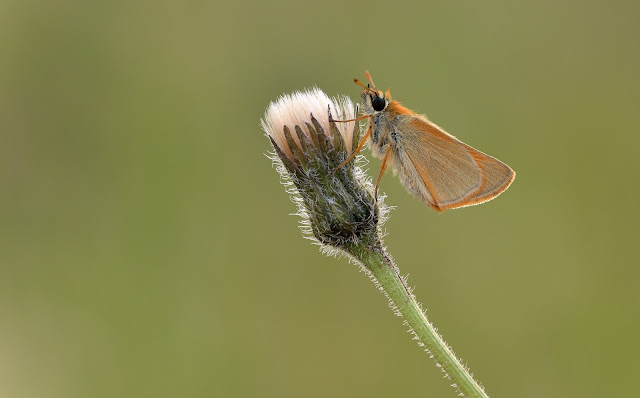 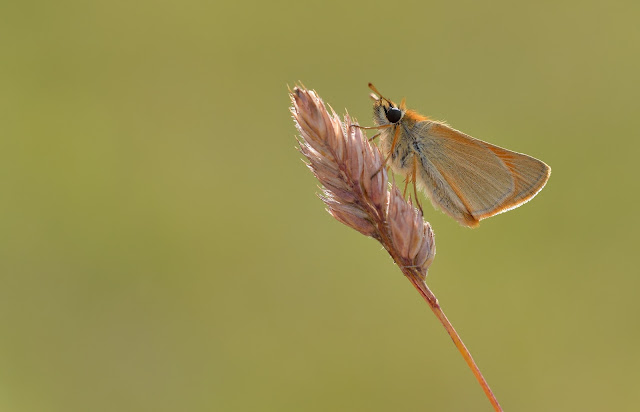 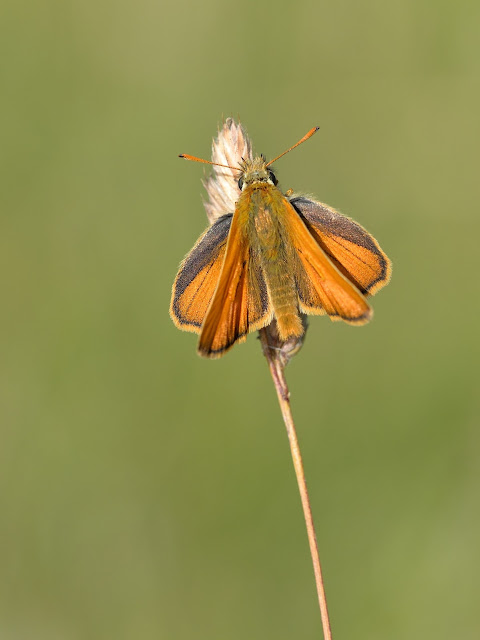 Opening its wings as the sun comes out again.

Posted by Bob Eade. at 12:21
Email ThisBlogThis!Share to TwitterShare to FacebookShare to Pinterest