Day two of our trip to Scotland and with the weather forecast not being too good we headed to Oban to look for Black Guillemot. We were not too sure if they were easy to find or not so we headed for the harbour and parked in a nearby street. Just as we arrived it started raining again, but undeterred we were soon looking out on the water. Straight away we saw an Otter sitting at the entrance to a sluice but by the time I had changed my lens it had gone. However, it was not long before it reappeared as it swam out into the harbour repeatably diving and coming up each time with a fish. 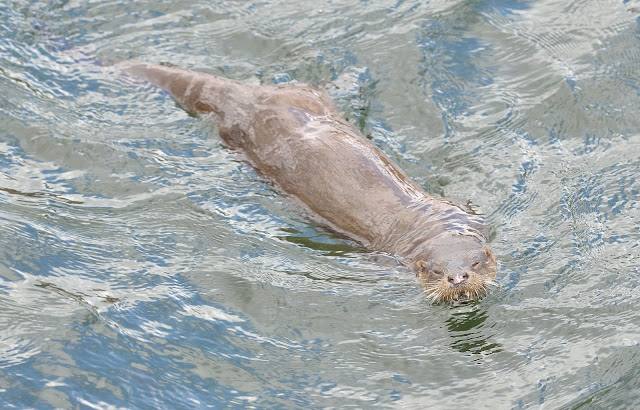 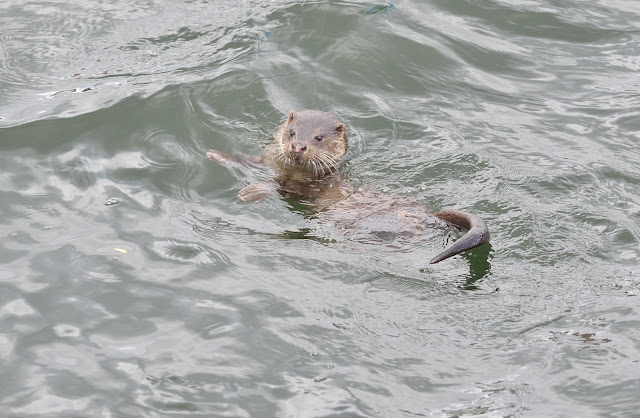 After watching this delightful animal we went looking for the Guillemots. We ended up going the wrong way as we only saw a couple on the sea for distant views. As we headed the other way though we could see some close to the shore. As we got nearer we were amazed at how tame they were as well as how many there were. Beautiful birds and great little characters. 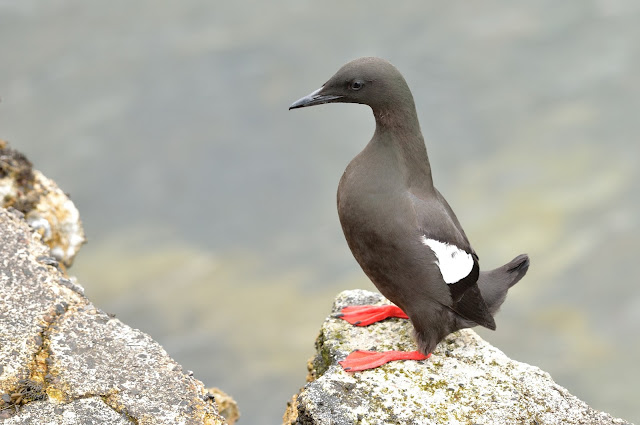 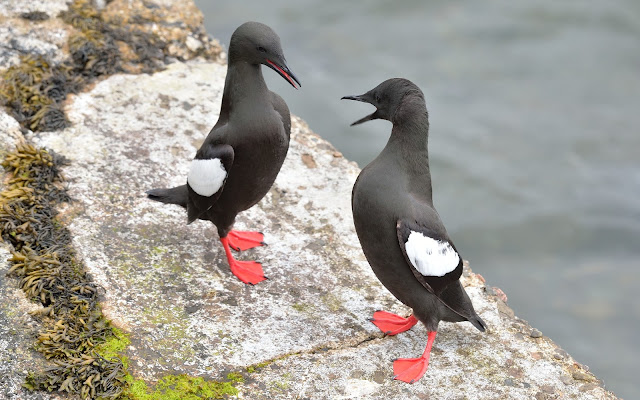 On the way back to Fort William we called back into Glasdrum Wood to see the Chequered Skipper again. I was reasonably pleased with the pictures from yesterday but I wanted to improve on the topside picture. A few enthusiasts were already there who informed us of a hailstorm just before we arrived. The sun however did come out briefly and as I walked down the ride a Chequered Skipper flew up and landed at the top of a bush. It immediately roosted as the clouds came back and then the rain came back with a vengeance. I then had a Skipper on a fern and I was just hoping that the weather would brighten up so I could get some more photos. By this time I was on my own as everyone else had given up with the weather. Suddenly the sun came out shining on the Skipper which gave me the chance I needed. After a few shots it even opened its wings giving me that open wing shot I was after. Just a few minutes later the clouds covered the sun again and the day was over as far as photography goes. 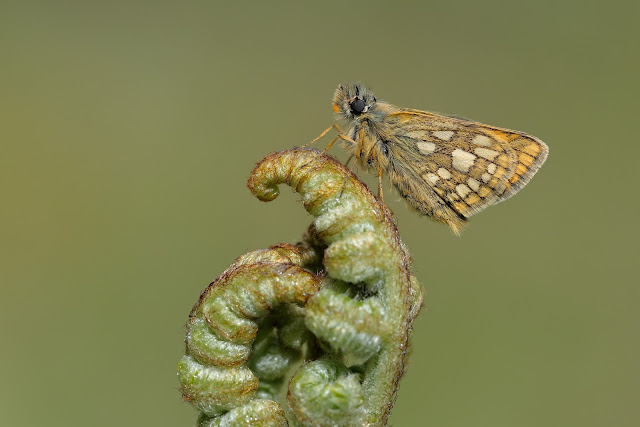 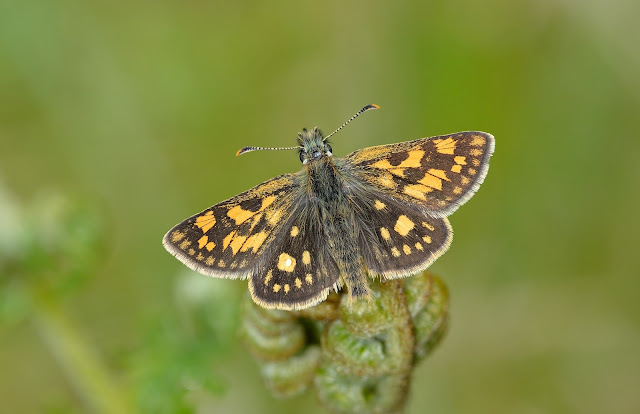