It was a case of hunting the hunter recently as Pete and I had a go at finding Wasp Spiders. Up until those Raft Spiders the Wasp Spider was my favourite spider with its great colours. We started looking at Tide Mills, a spot where I had seen one last year whilst we were looking for the Long-tailed Blue. After an hour here we decided to head over to the hill near his house at Newhaven where we had again seen them before. After a while we eventually found two, just as it started to rain!! Fortunately the light did improve again after a while. 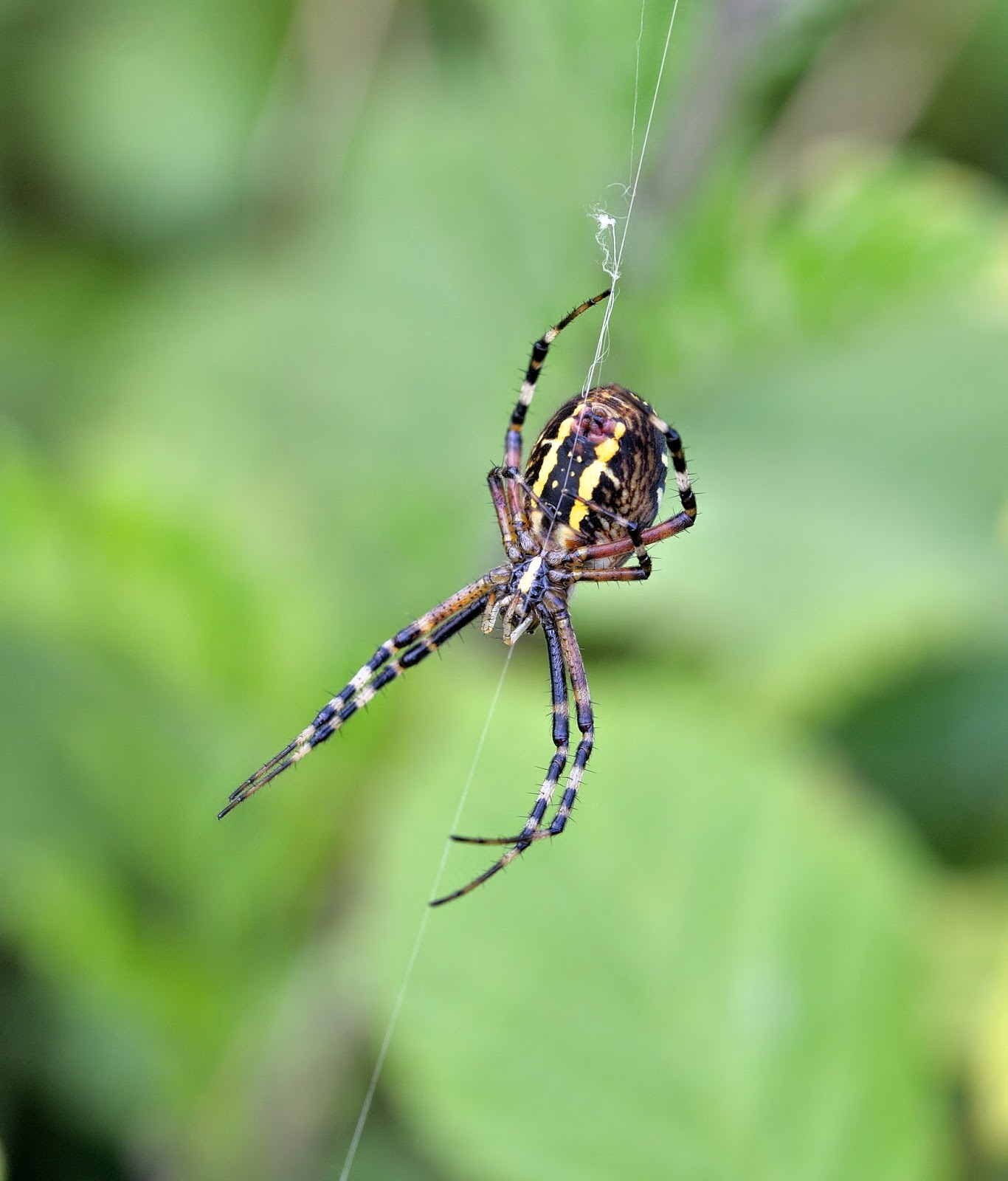 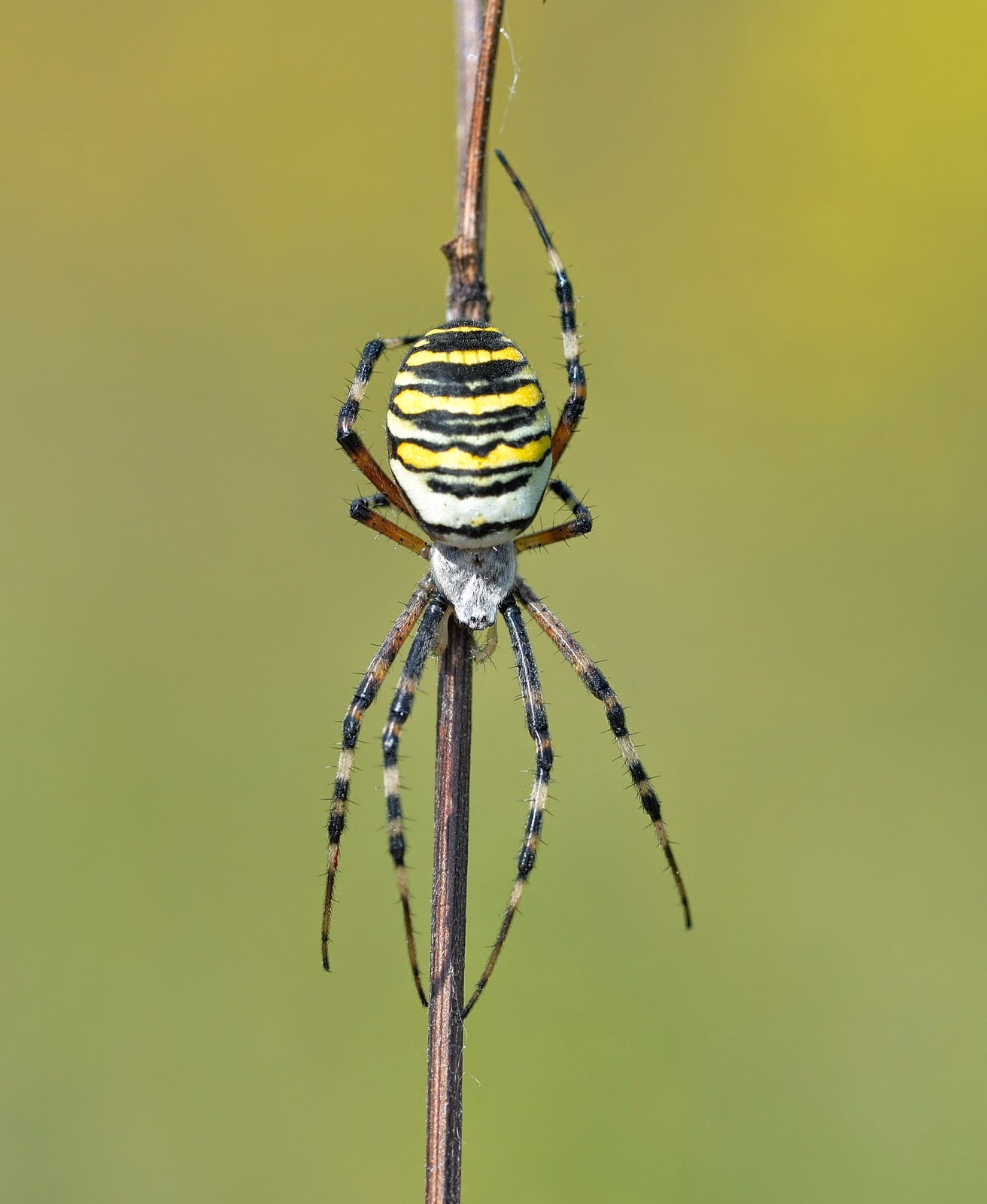 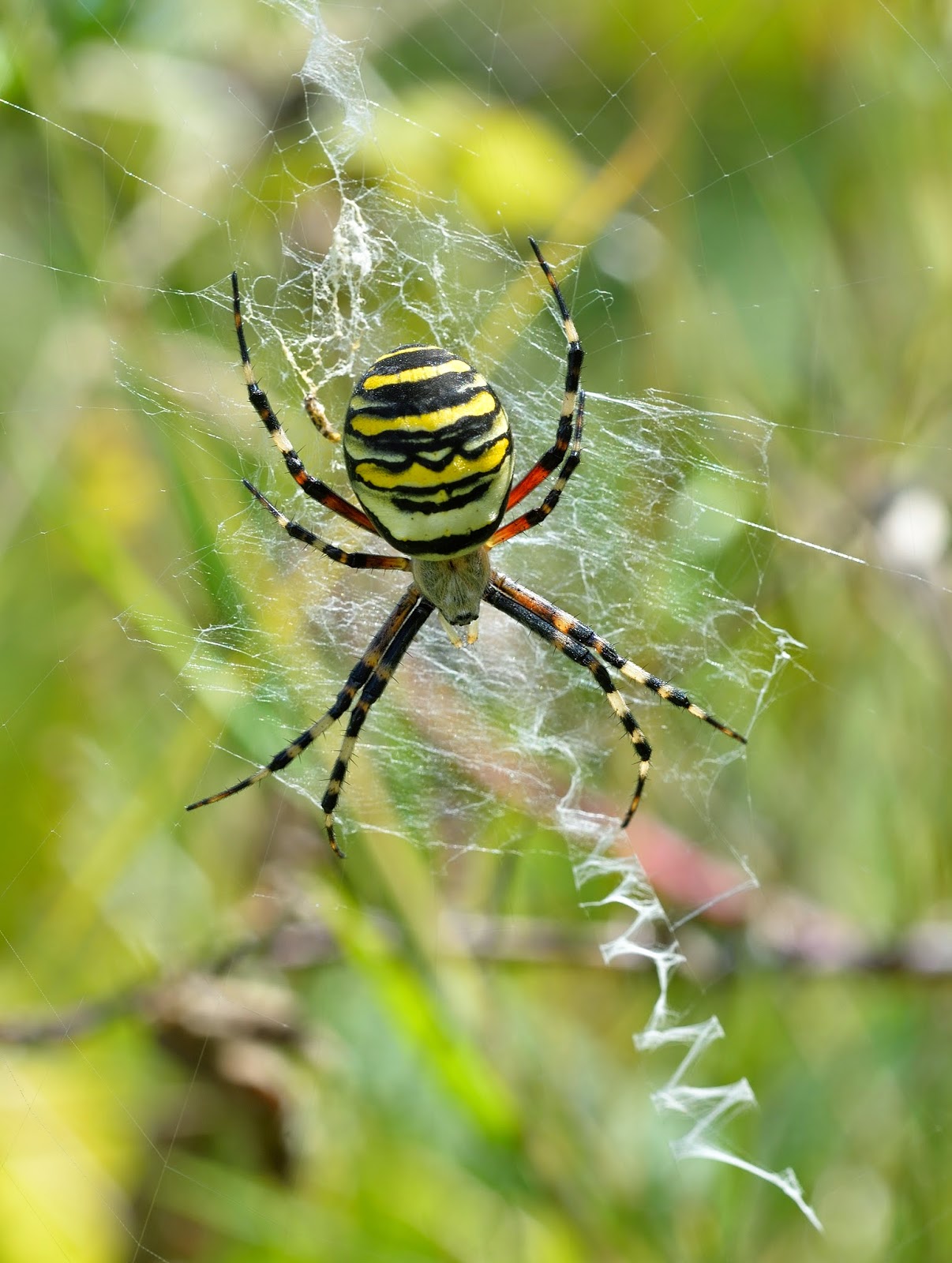 Around the local pond there are still good numbers of Blue-tailed Damselflies and these gave a bit of entertainment as we tried to improve on our previous photographs. Two male Small Red-eyed Damselflies were seen out on the surface of the water trying to avoid the ripples of the water in the very strong wind. 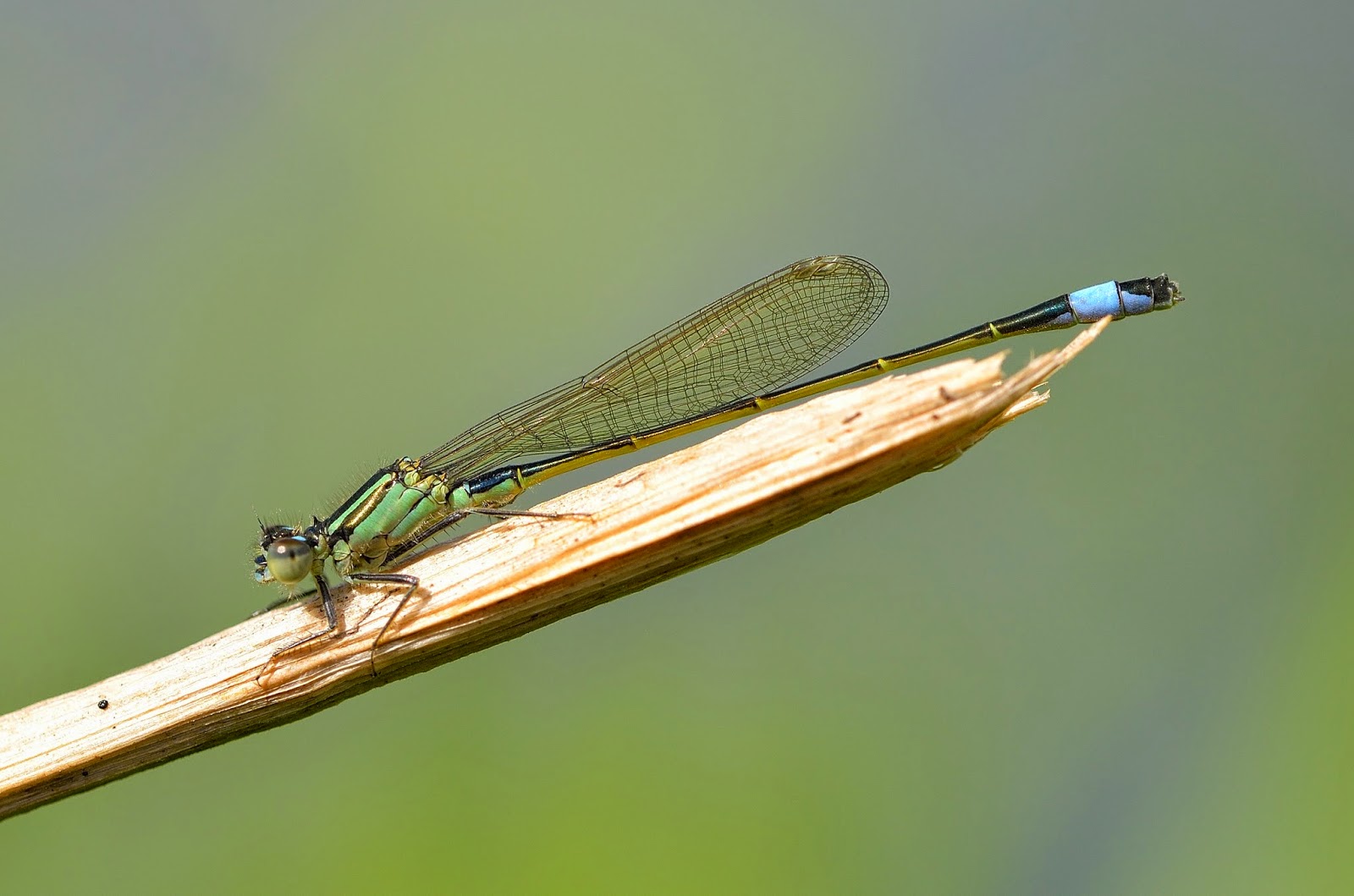 Over this weekend a male Common Redstart showed on and off in the garden. Following on from the Firecrest during the week it has been a good week for birds in the garden.

Posted by Bob Eade. at 12:13
Email ThisBlogThis!Share to TwitterShare to FacebookShare to Pinterest