I was on the Downs mid morning today to see if I could see my first Silver-spotted Skipper of the year. Before I could get to the most likely area I was admiring the numbers of Chalkhill Blue again, I found several newly emerged individuals and in a small area I came across 3 mating pairs. One pair looked a bit odd with the female laying with her wings wide apart, I looked a bit closer and saw that a spider had the butterfly in a deathly embrace. Meanwhile, the male was getting on with what he was meant to do, totally unaware of the predicament that the female was in. 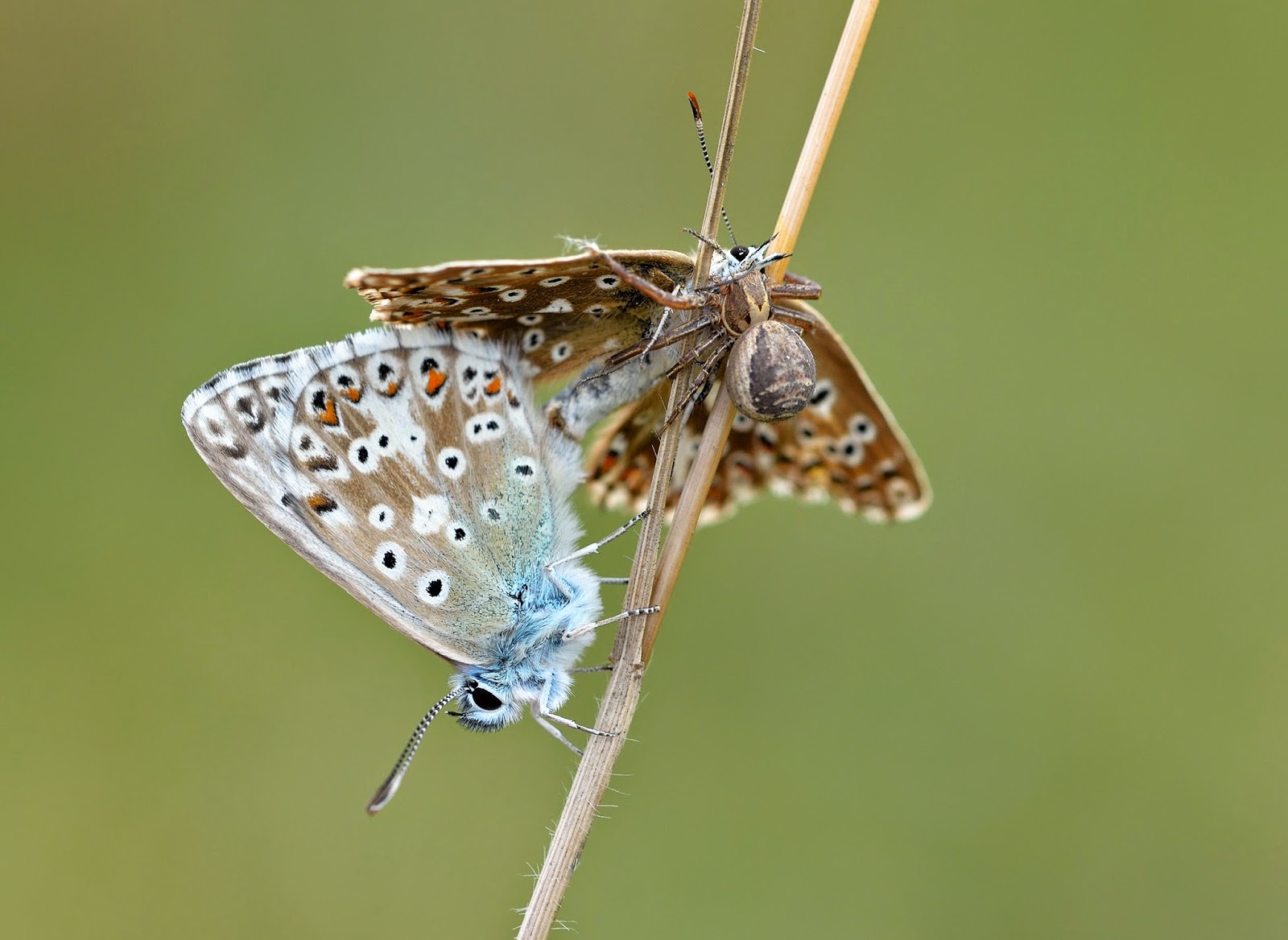 
Nearby was another mating pair and hopefully these will produce some of next years butterflies!! 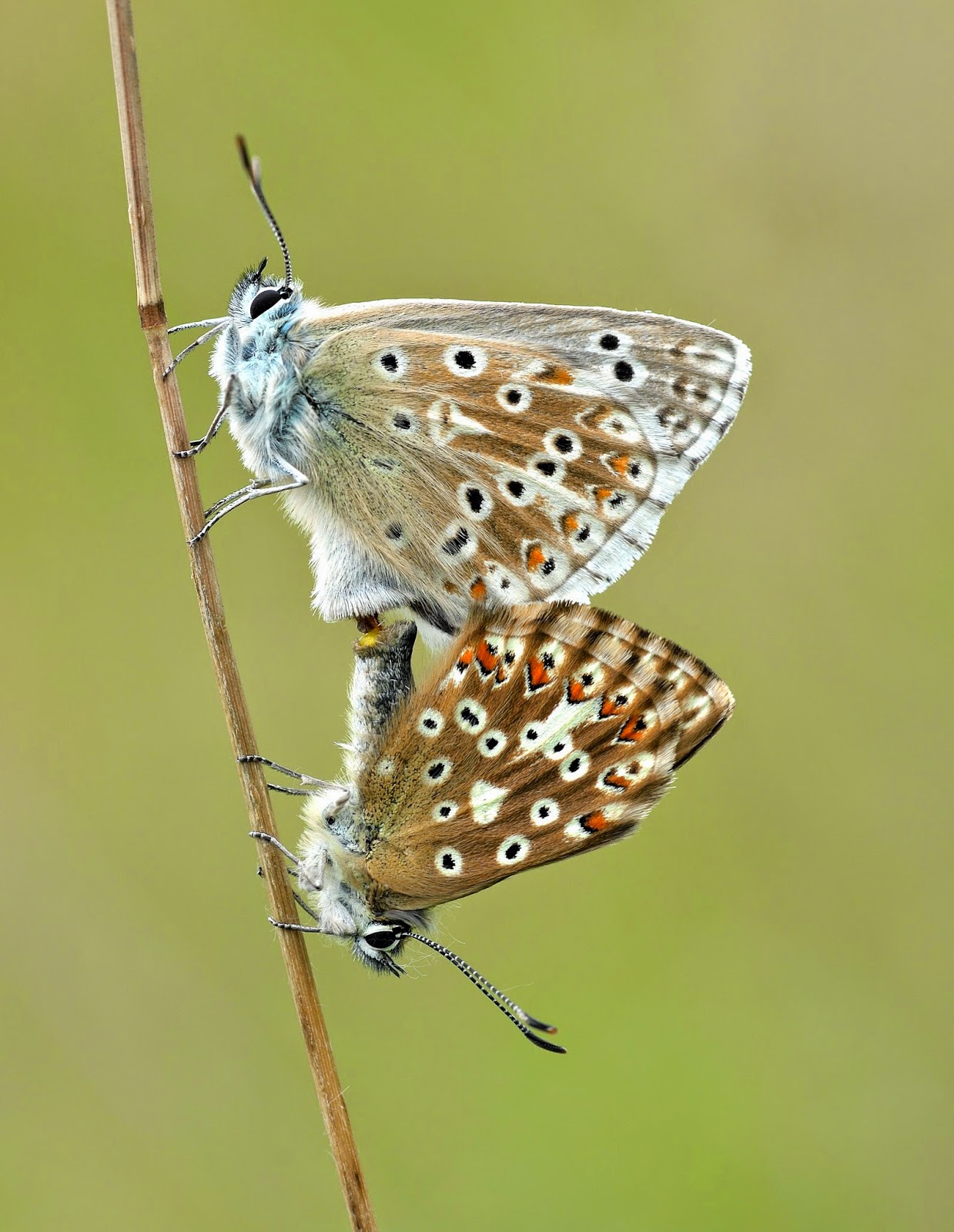 Several brand new Chalkhill Blues were drying their wings and having difficulty flying. 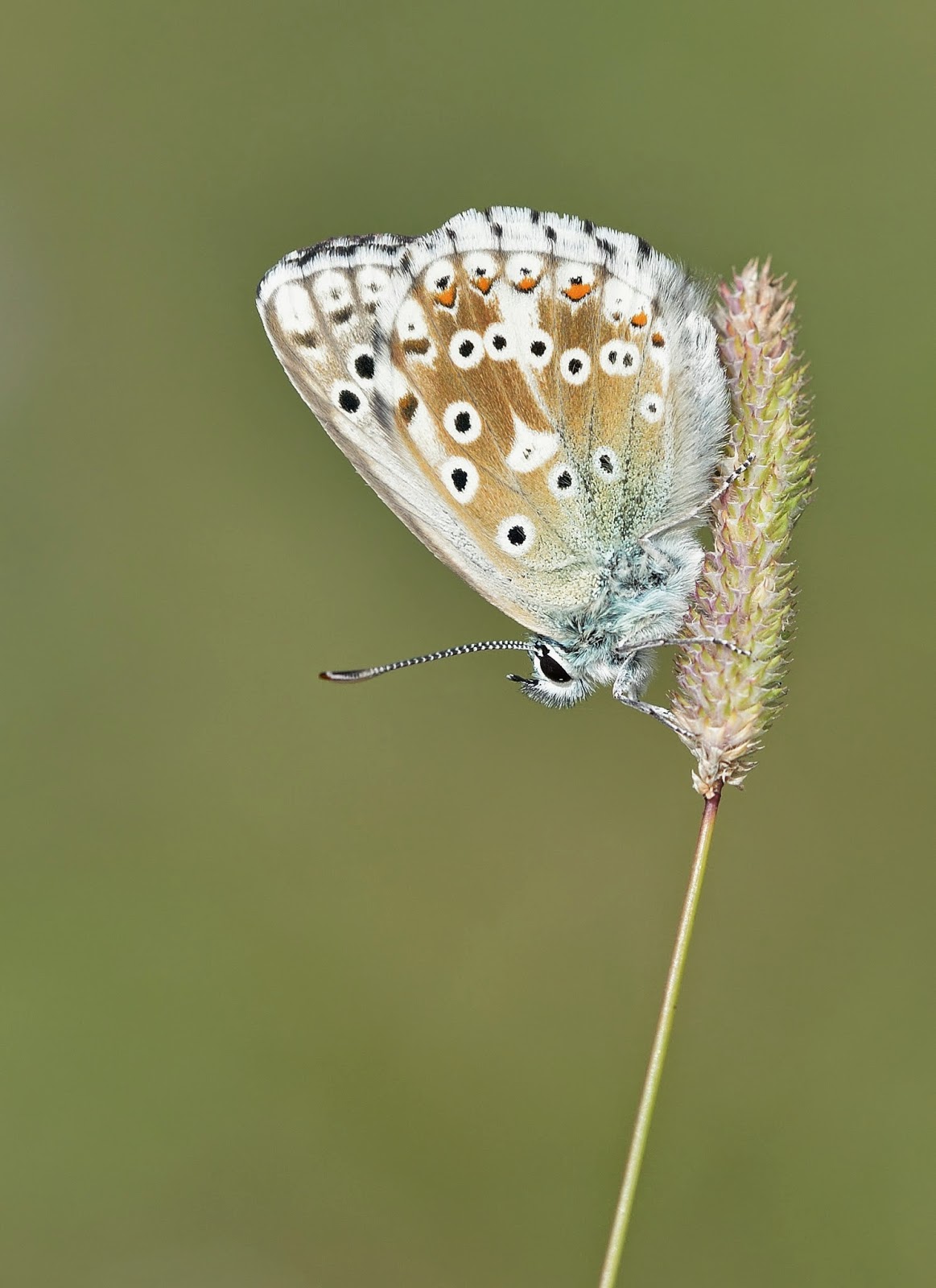 When I arrived at the main Silver-spotted Skipper site around 8 were seen. A very fresh Pyrausta Purpuralis micro moth was also seen. 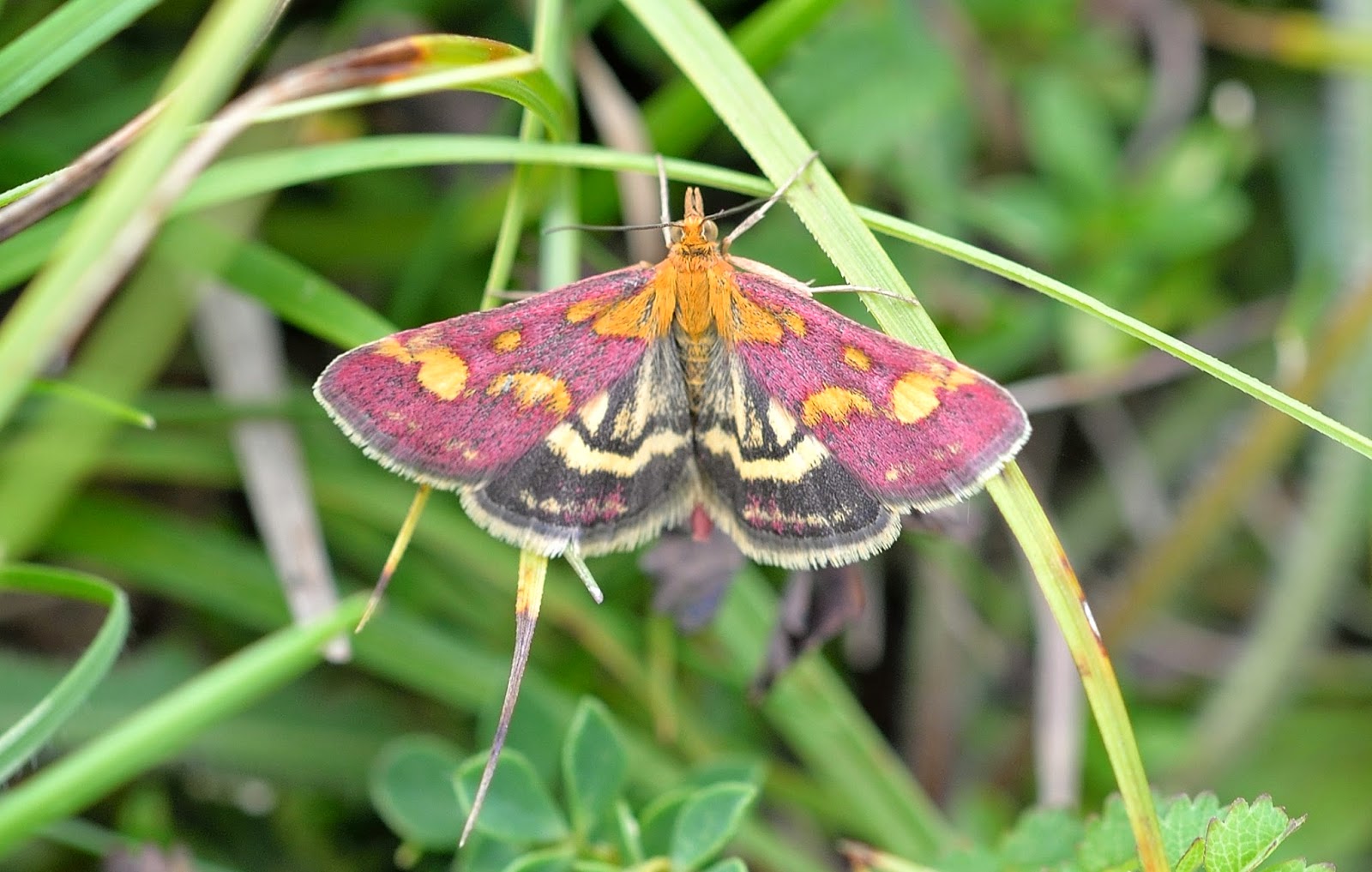 Posted by Bob Eade. at 16:31
Email ThisBlogThis!Share to TwitterShare to FacebookShare to Pinterest