It was another early start this morning, this time hoping for a female Chalkhill Blue. On waking at 5am and seeing heavy cloud cover I left going out until just after 7am when there was at least some blue sky showing in the distance. It was still quite warm on the top of the hill with no breeze at all, that was until a bit of sun started to show and the butterflies started to perform, then the wind got up!!
There were several male Chalkhill Blues showing nicely, the best of which was in quite a bit of long grass and  was actually holding on to the crossover of 2 blades which gave a great result. 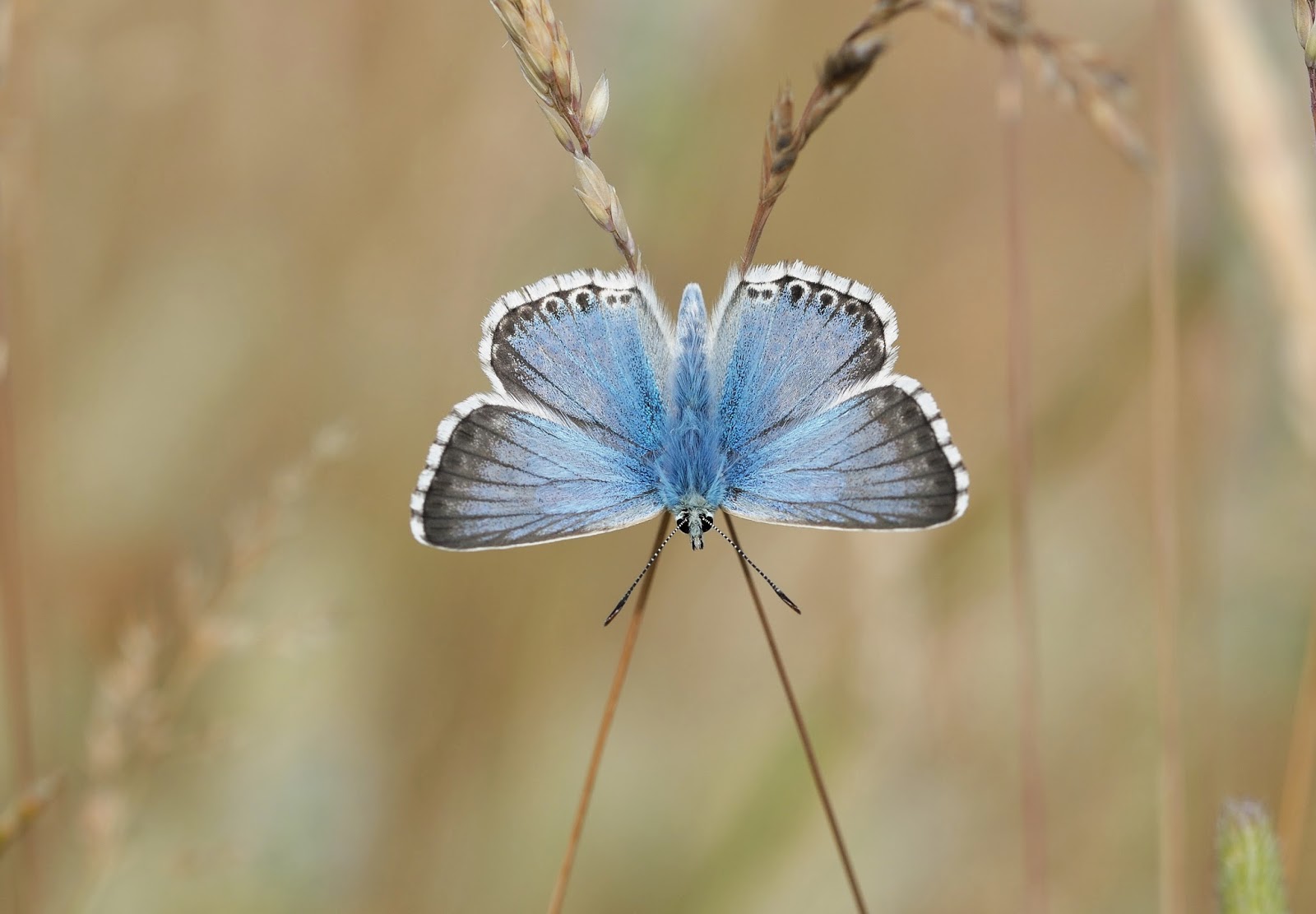 Another male was on a flimsy bit of grass and blowing around all the time so it was a real struggle to get a picture of this one. 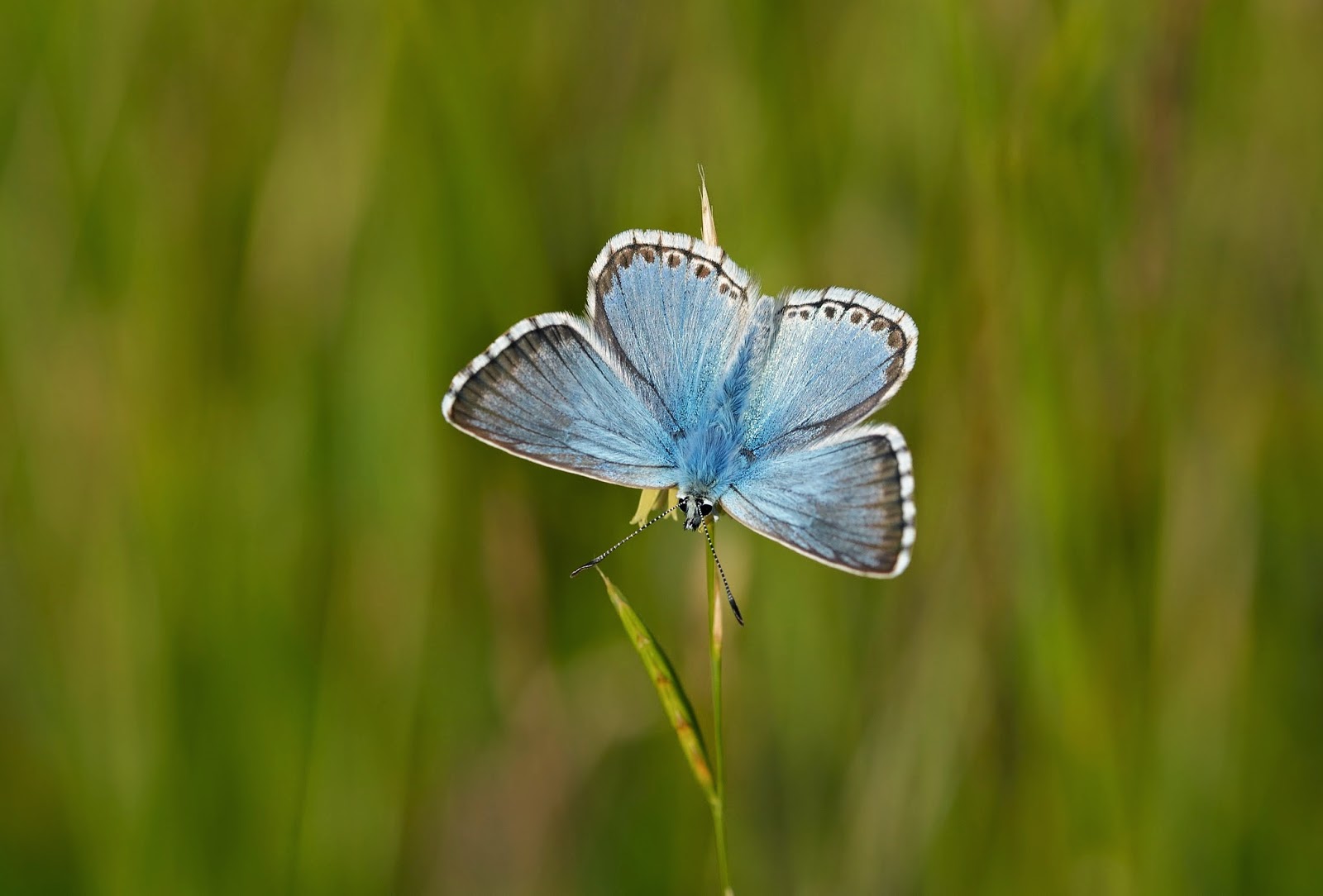 Eventually a female was found but I only managed an underside shot of this one. 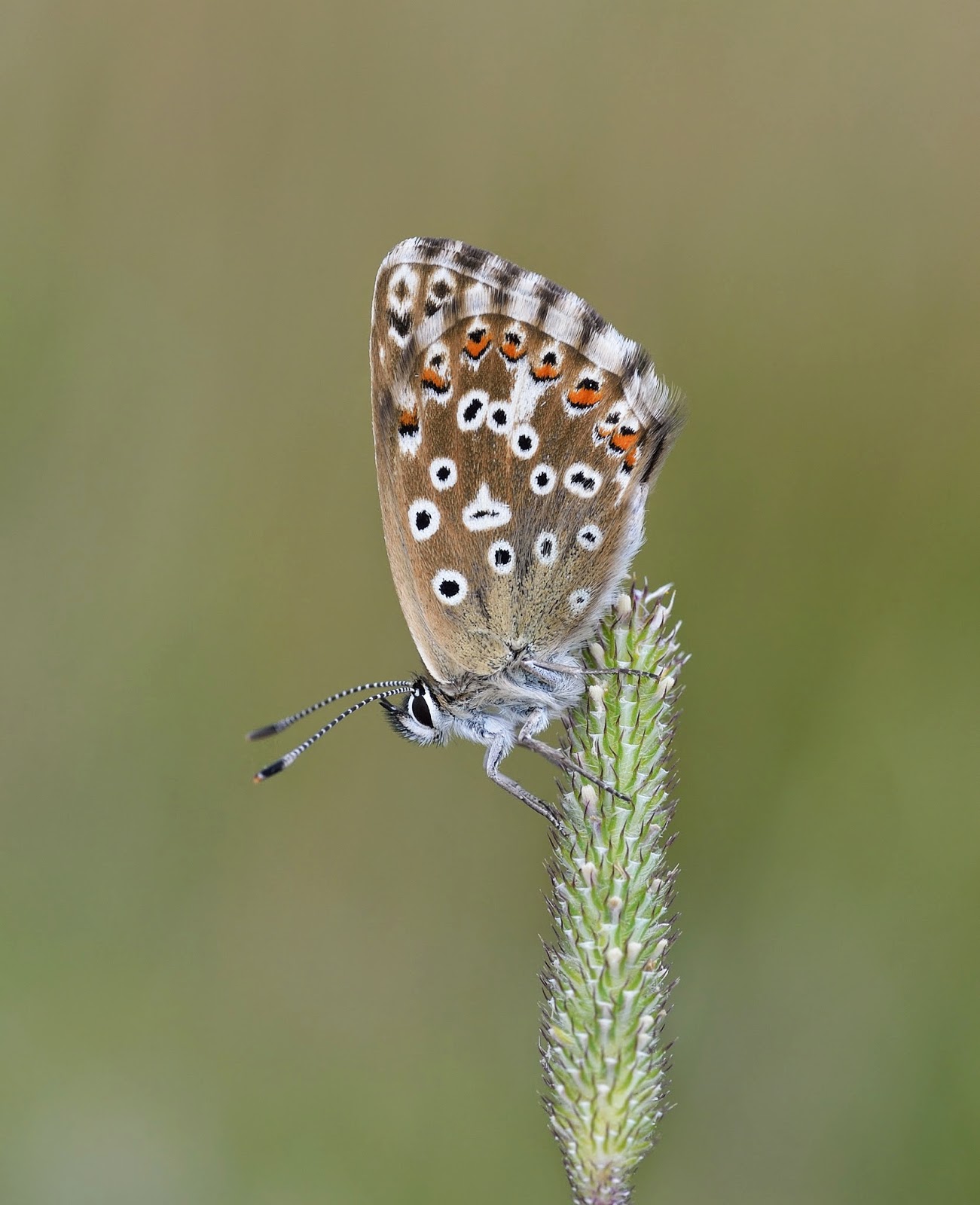 I also came across a newly emerged Six-spot Burnet moth which, as it dried its wings gave an unusual underside view. A female Marbled White was also found just after it emerged as an adult. 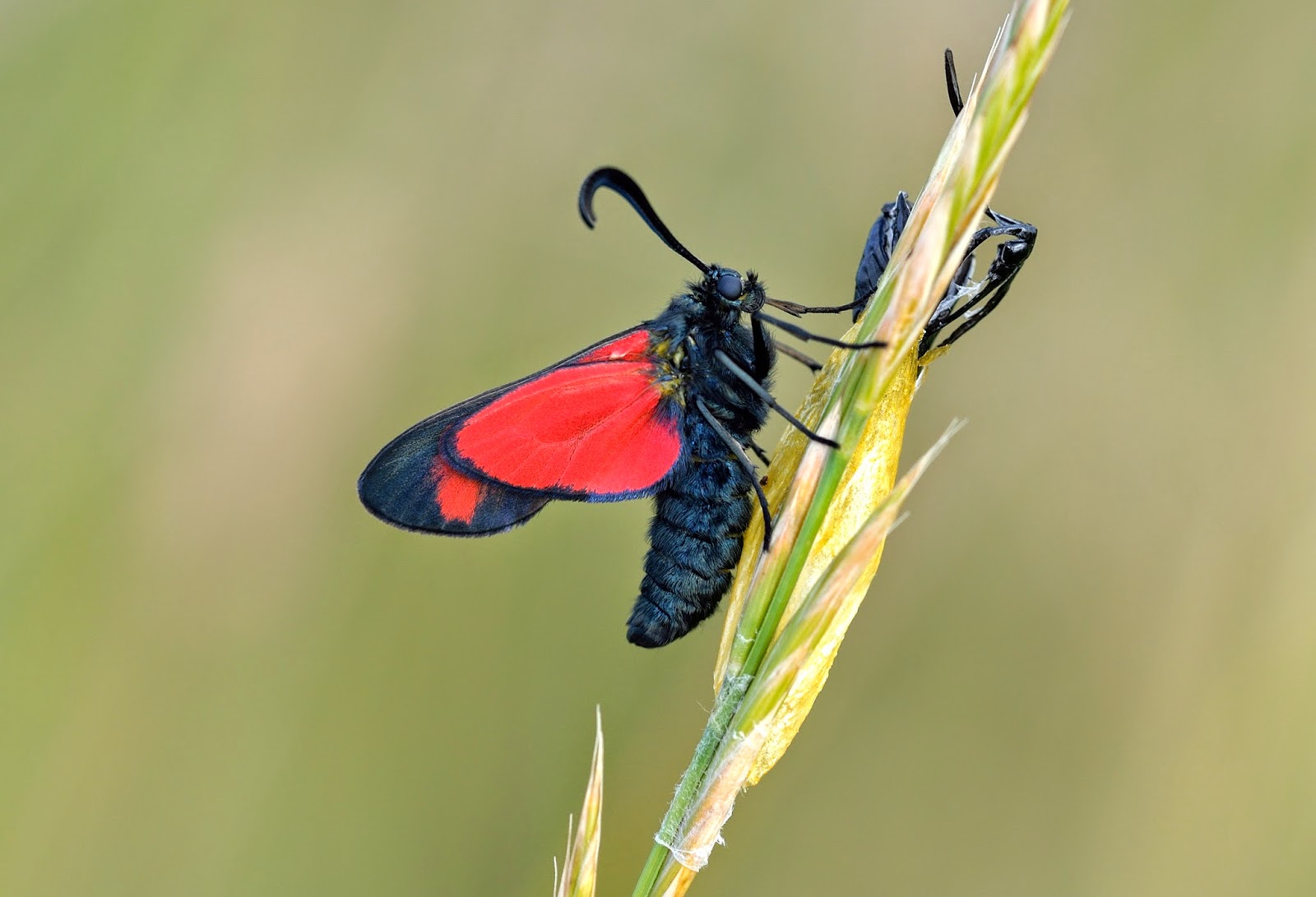 Finally, as I was leaving I came across my first 2nd brood Wall Brown, a female. As I was watching it she flew in the air where she was met by a male and mating took place straight away. I then saw another male in the same area about 10 feet from where the pairing was still going on.