It was possibly the final trip of the year to the forest yesterday for dragonflies. I was hoping to improve on my Emerald Damselfly pictures. At the first pond an Emerald was found quite quickly and several pictures were taken that I was confident were better than my previous efforts. Apart from that one though no more were seen at this pond although Small Red Damselflies were still plentiful. There were also plenty of Dragonflies flying including an emerging Emperor Dragonfly that flew when I spotted its excuvia. 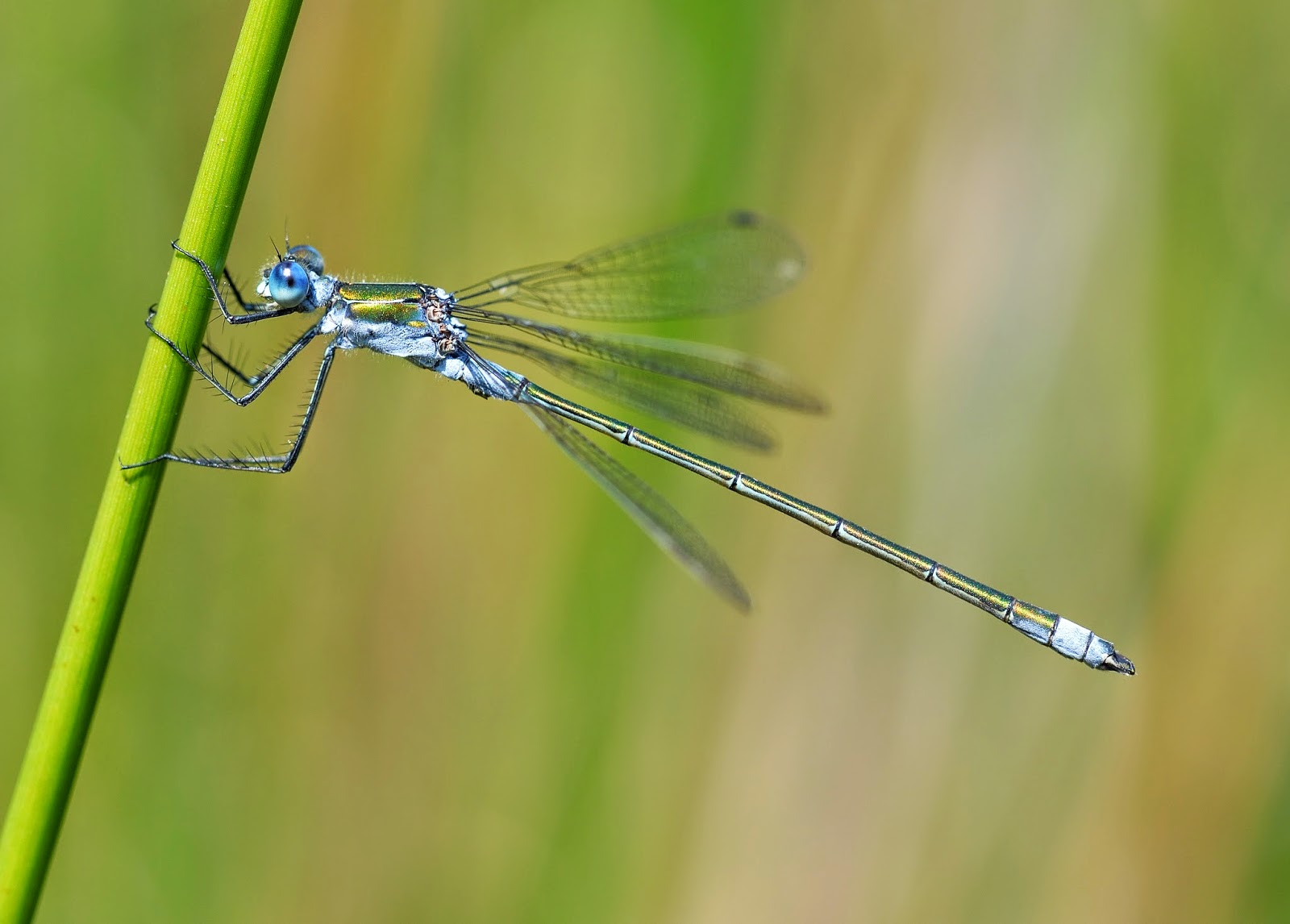 Later in the day at another pond another Emerald Damselfly was spotted. As it took off another also took off nearby that was a female. The male immediately attached itself to the female and then the following sequence took place before eventually the coupling happened just as the sun reappeared. This sequence from when he attached to her to when the mating began was just over 4 minutes. 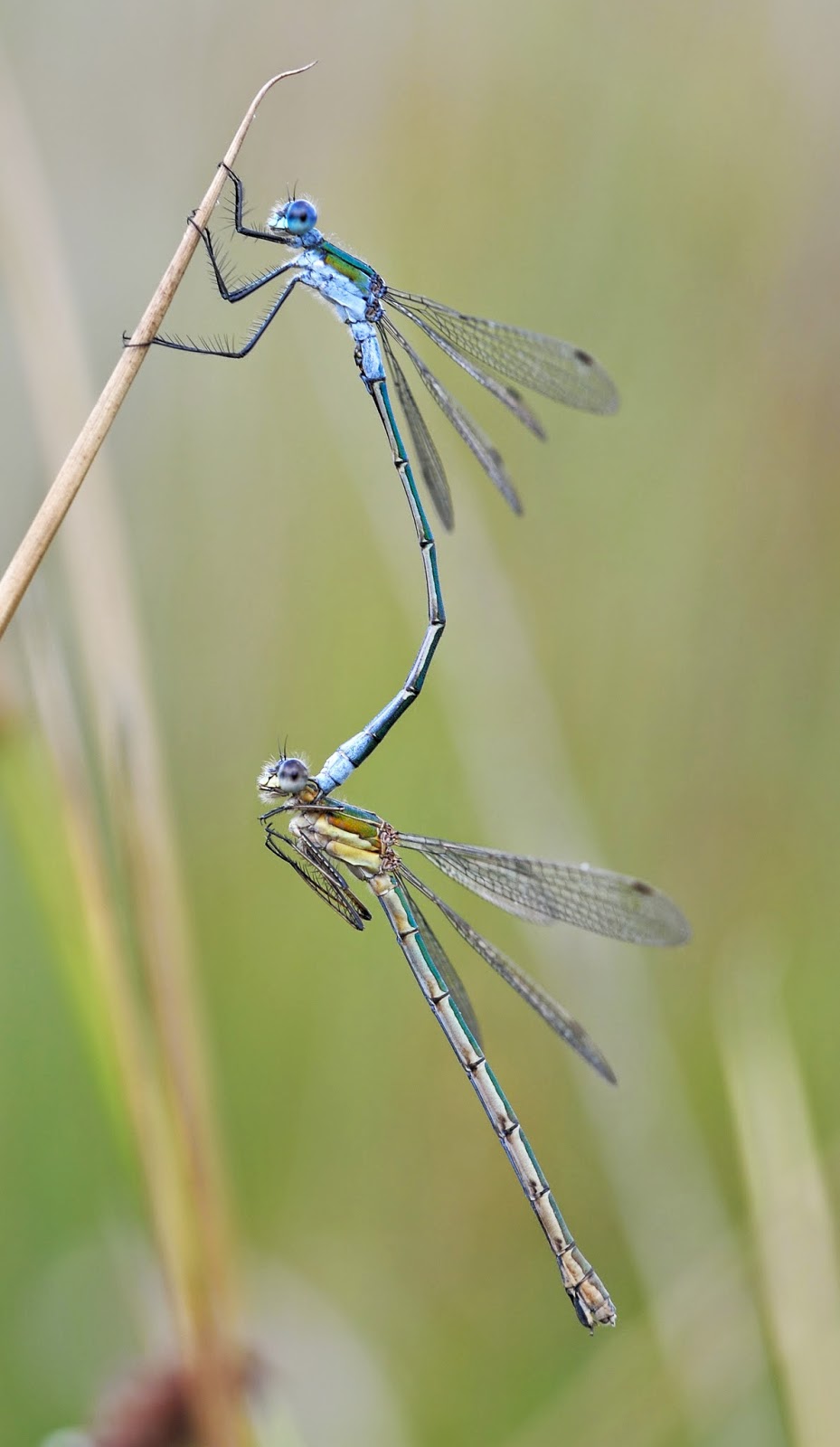 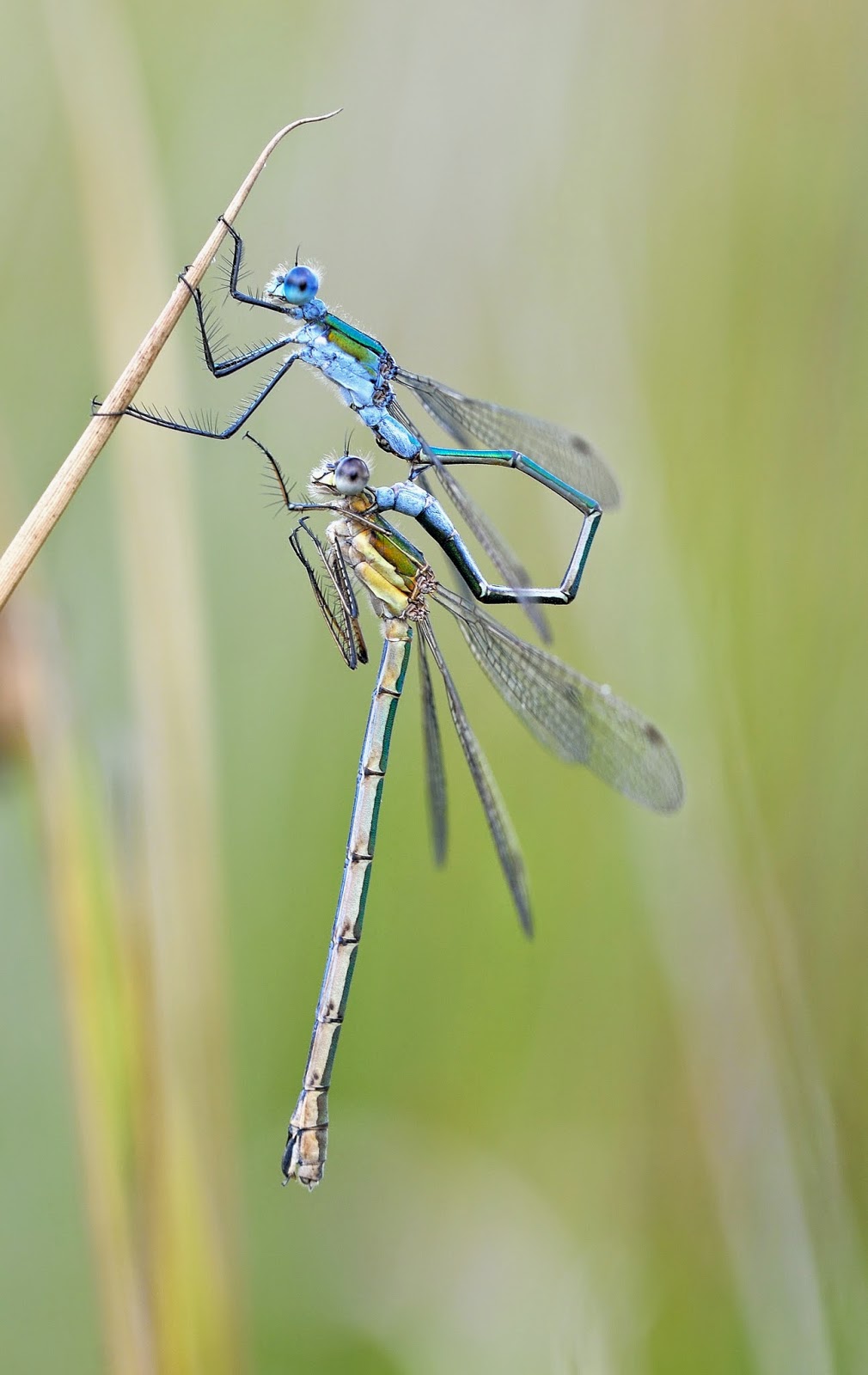 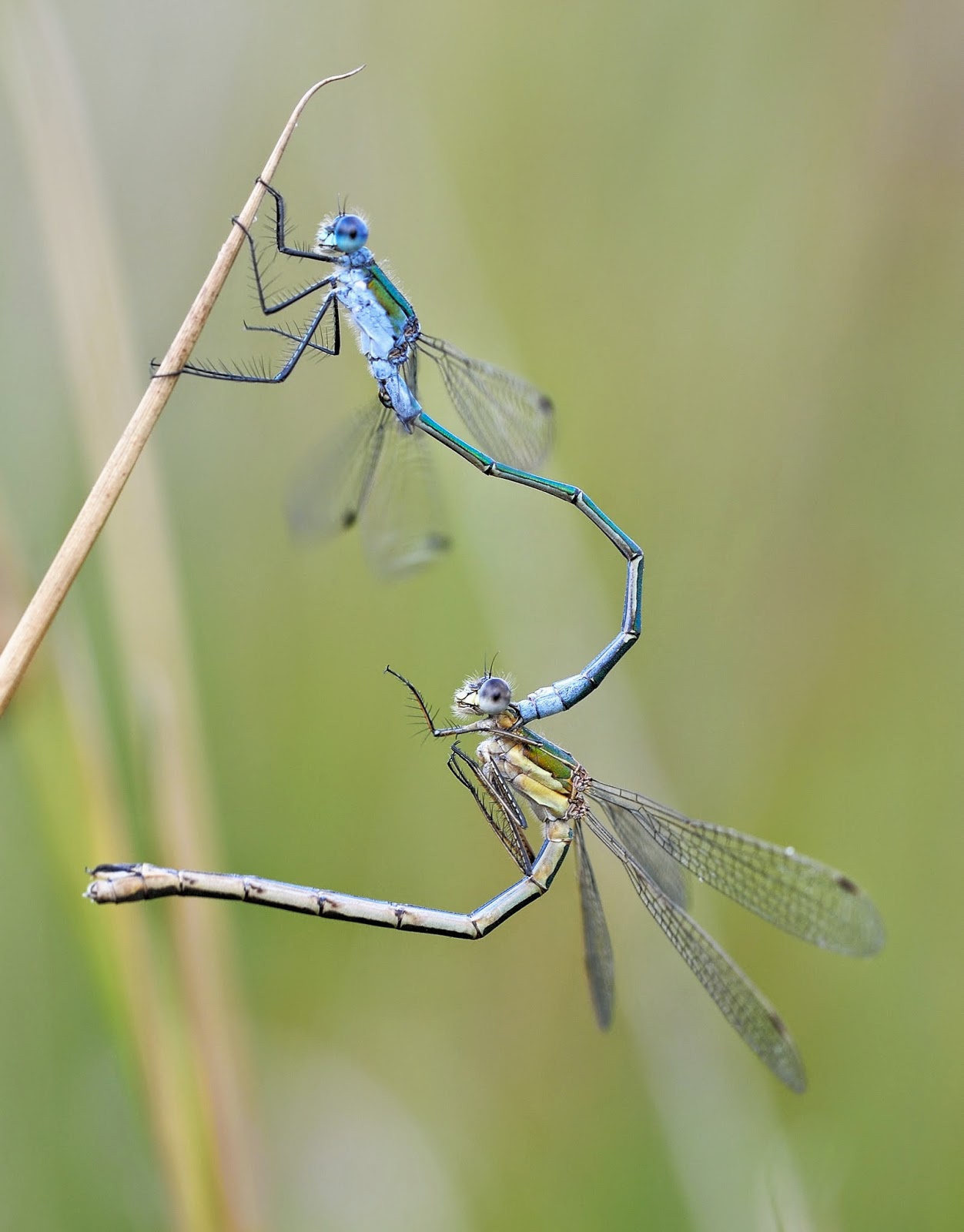 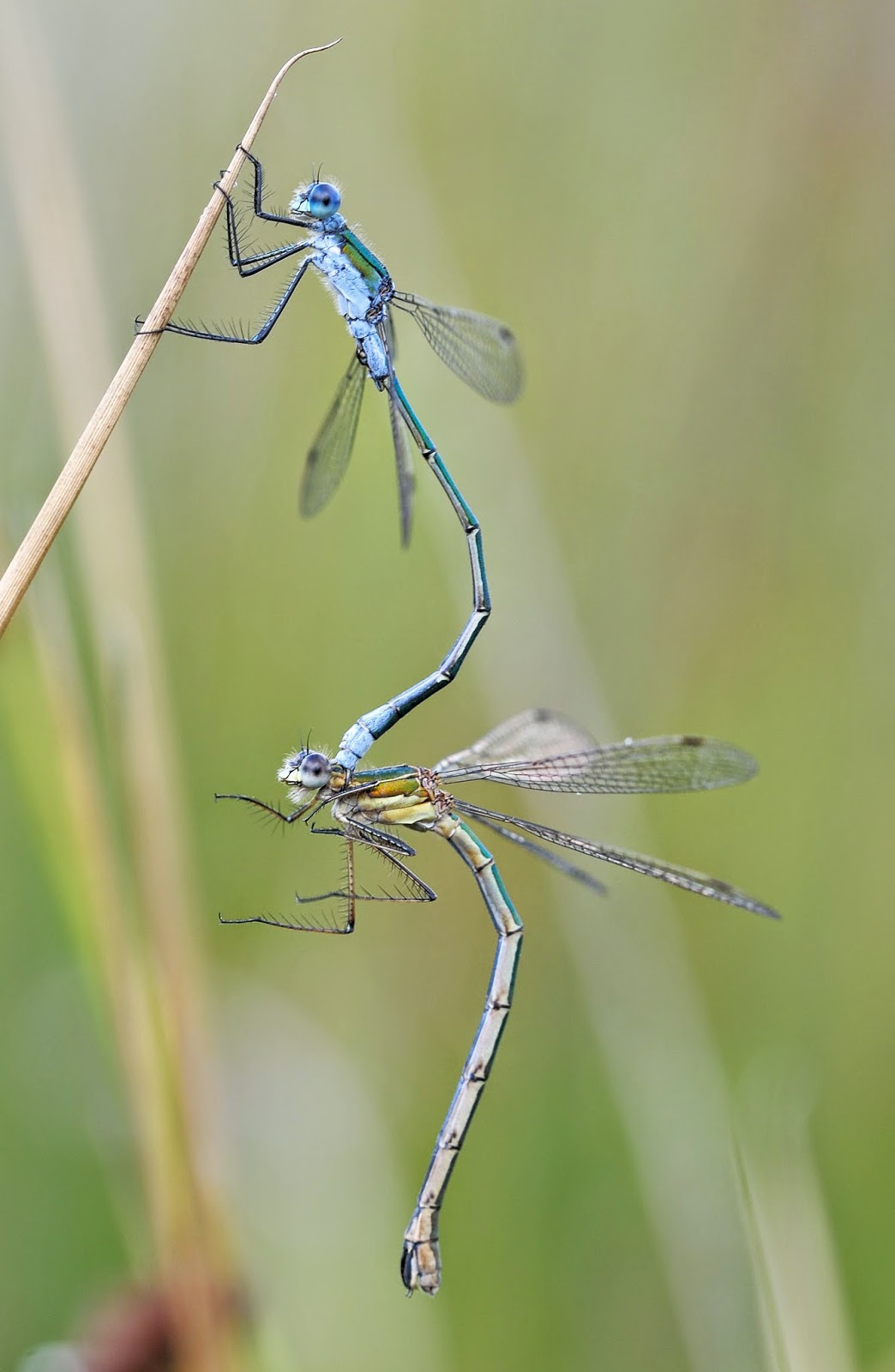 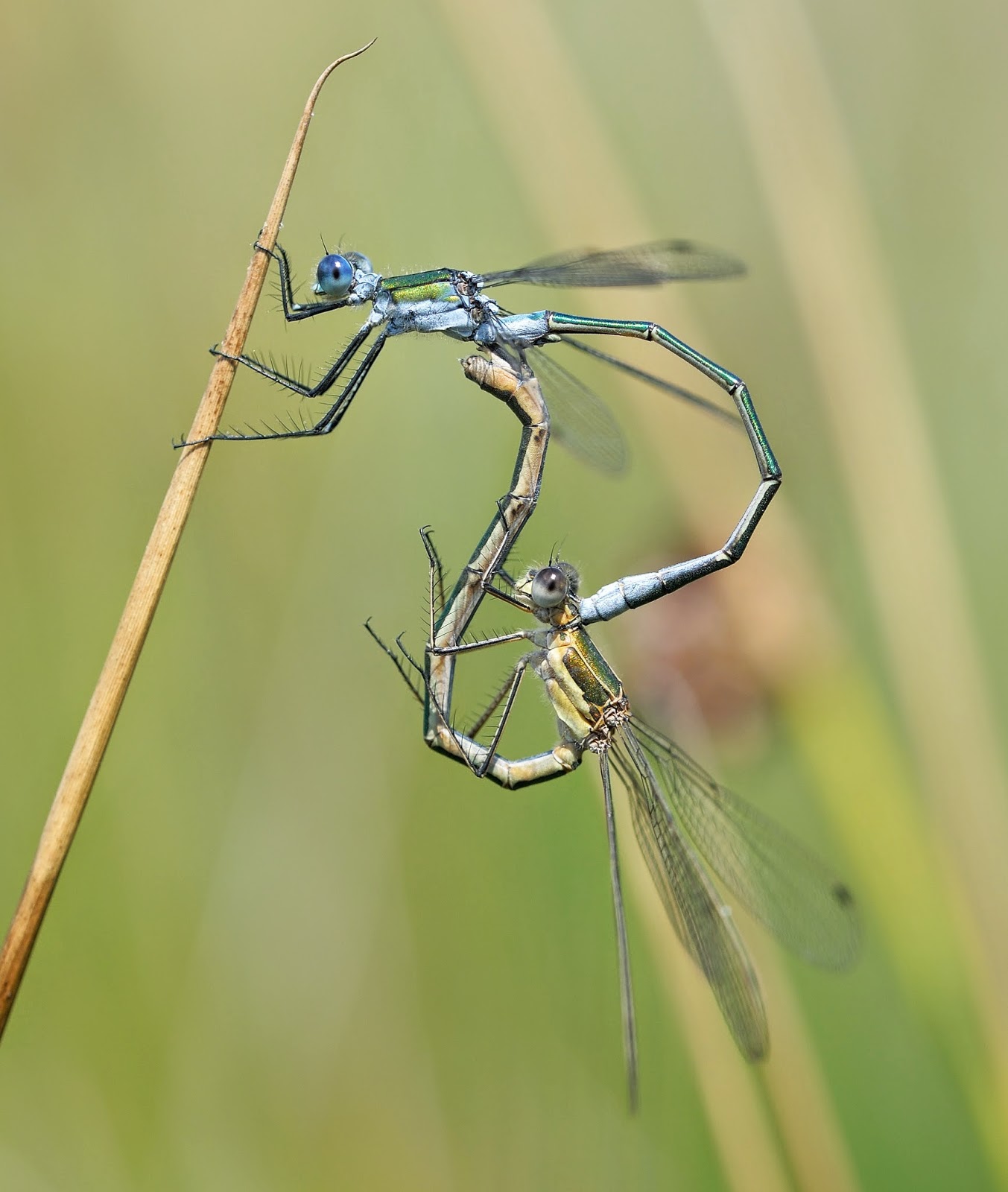 Posted by Bob Eade. at 19:38
Email ThisBlogThis!Share to TwitterShare to FacebookShare to Pinterest