After the deluge that hit these parts on Thursday and Friday it was good to get back on the Downs on Saturday. It seemed that the butterflies were trying to make up for lost time with quite a few butterflies getting down to the business of pairing up. Gatekeepers, Chalkhill Blues and Marbled Whites were all making the most of the dryer, hot and humid conditions.
One pair of Marbled White called for closer inspection as the female was much browner on its underwing than is usual and was, due to this, particularly attractive. I managed a few record shots before the pair climbed a sturdier bit of foliage and then stayed there for the duration of their mating. Apart from her unusual colouring she was also extremely fresh and had certainly only emerged that morning. 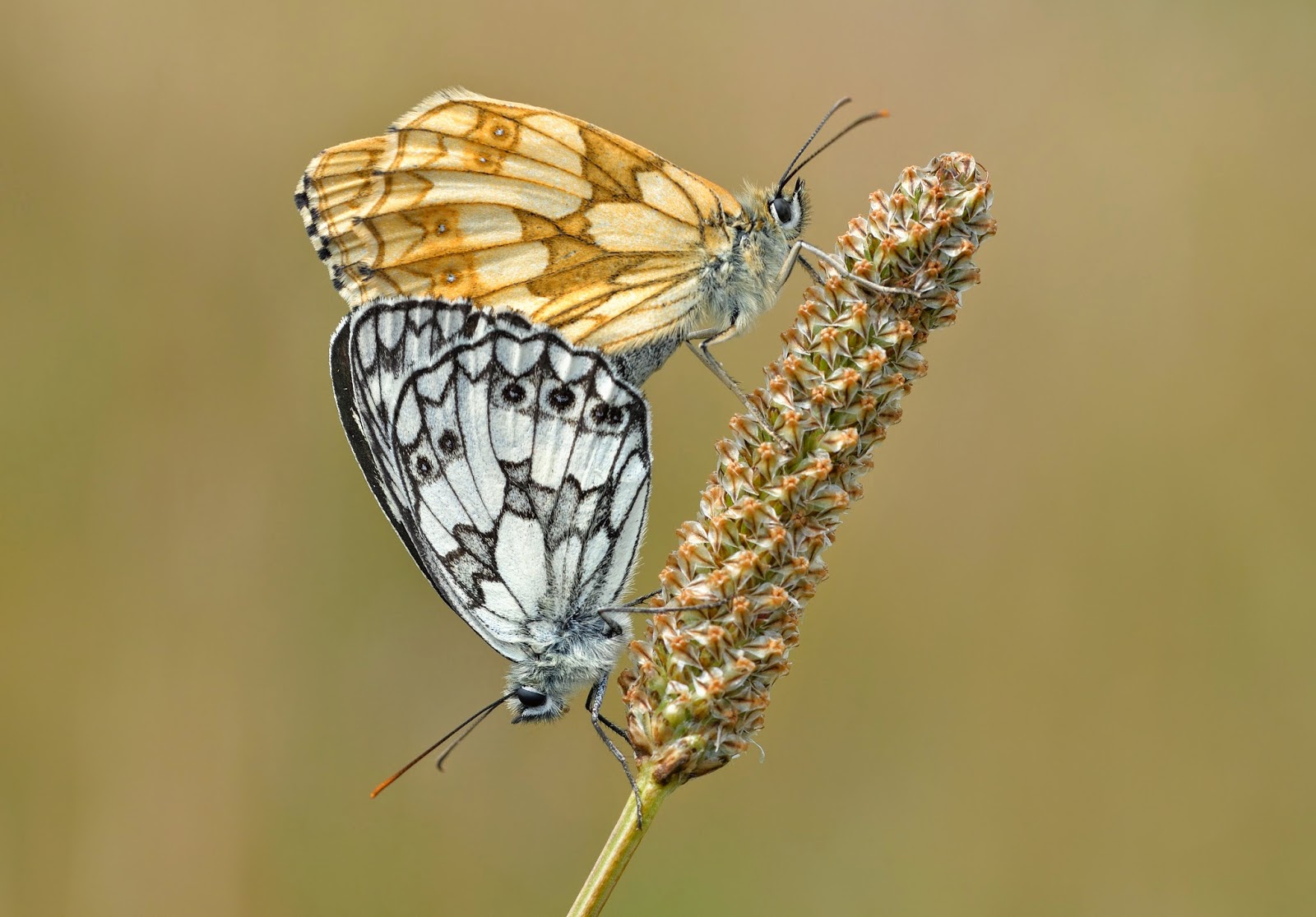 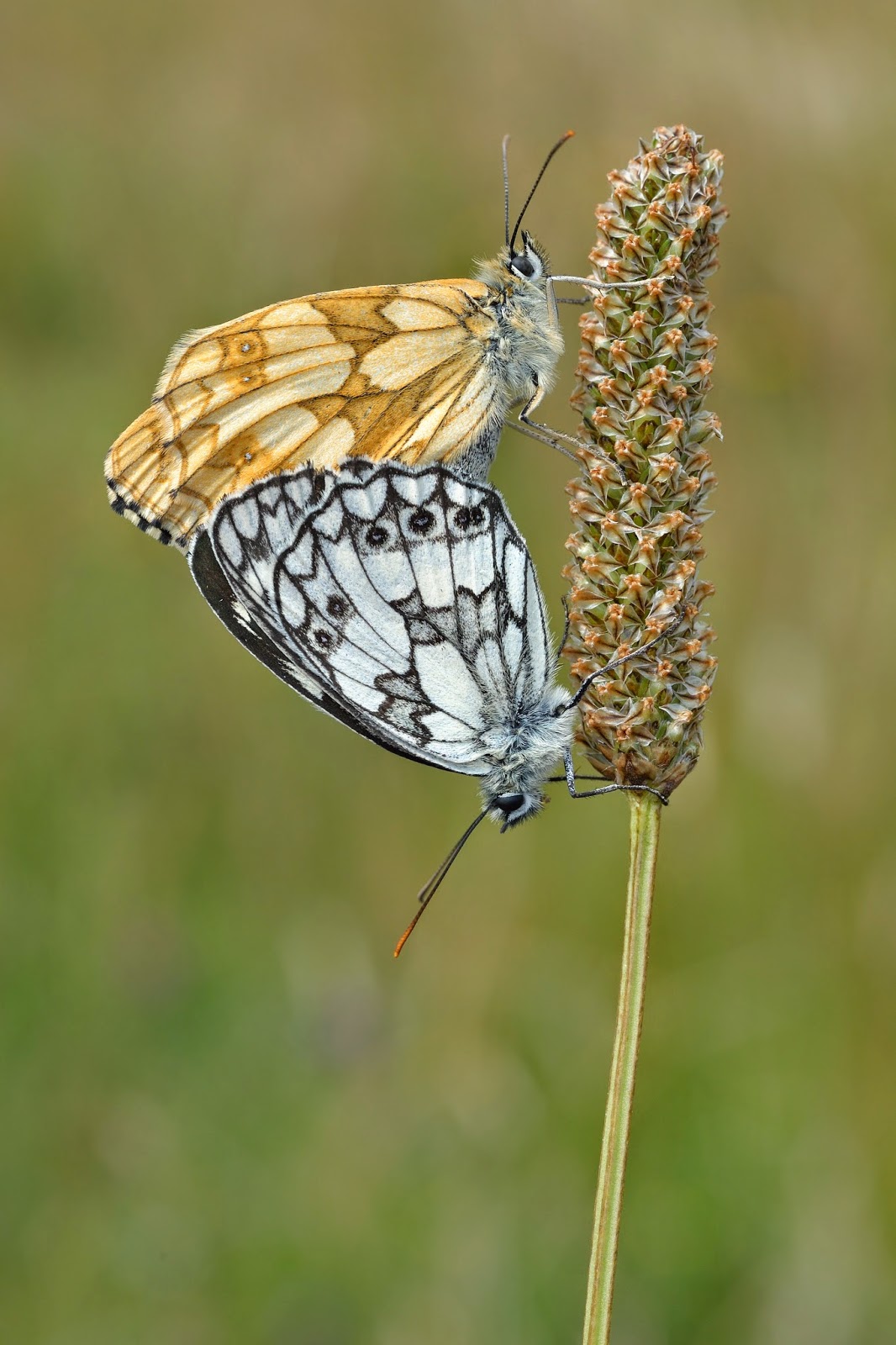 A pair of Chalkhill Blue was also found mating at the top of some grass. By now a little breeze had picked up which didn't help as they were blowing around so much. 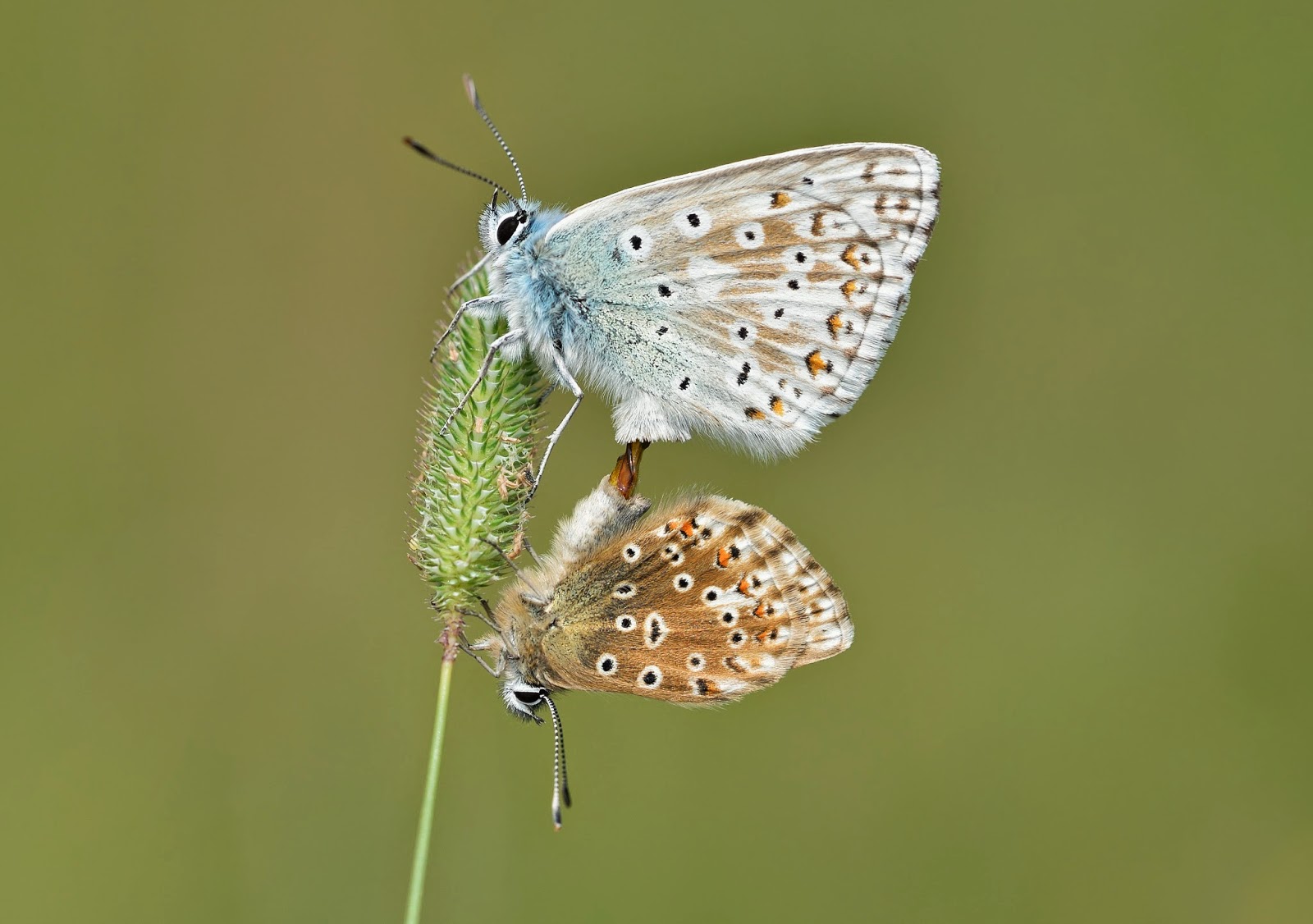 Late afternoon I decided to head back up there just to see if I could relocate the female Marbled White. There was not actually much happening on the butterfly front due to the weather deteriating again and the wind picking right up again, a Dusky Sallow moth was a nice find however. I was about to give up when I spotted the female, that did stand out from the other Marbled Whites with her orangey/brown wings, as she flew across the meadow. She landed in some longish grass where she went to roost. In the poor light I did manage another shot of her, although the light did not show her off at her best. 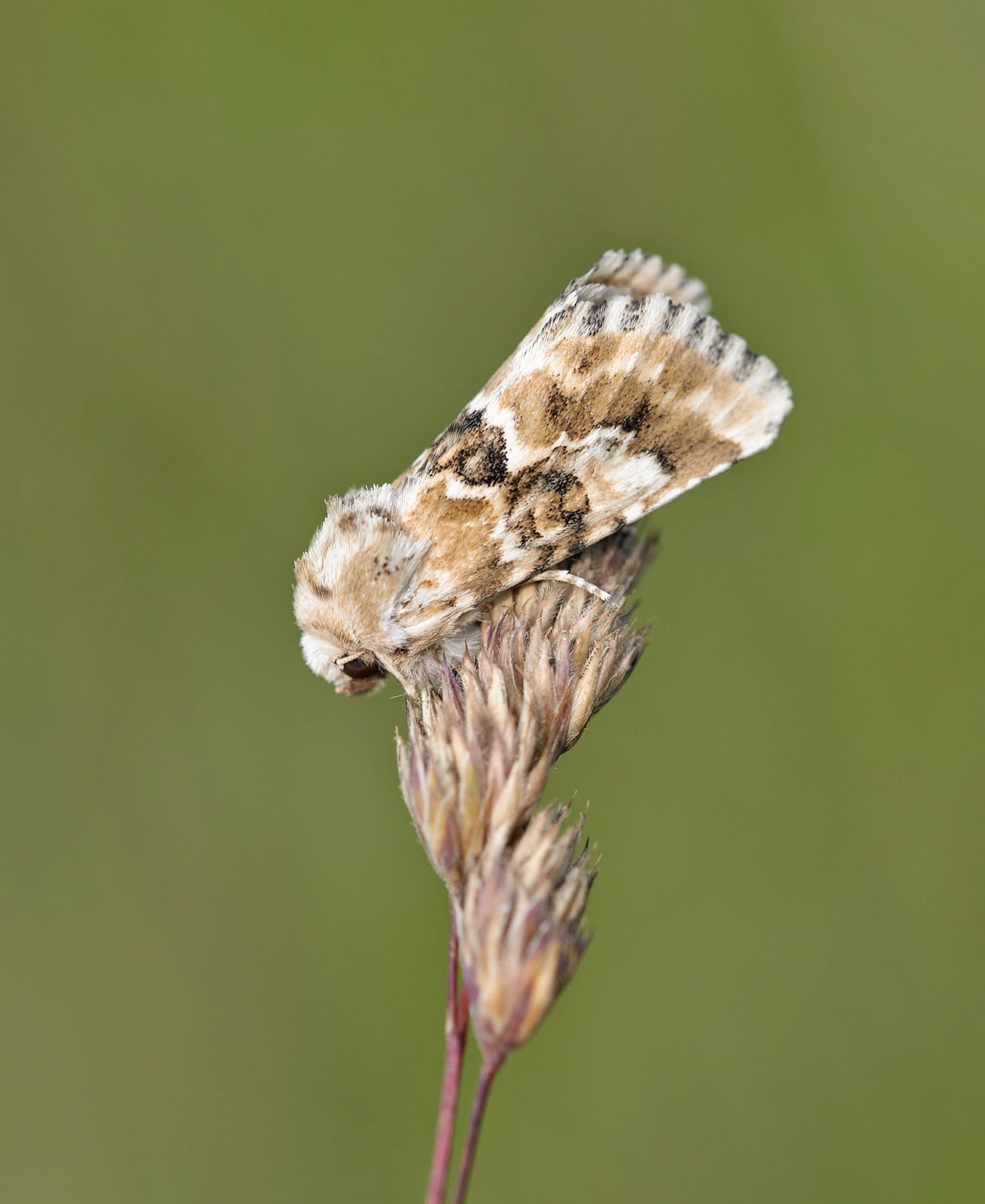 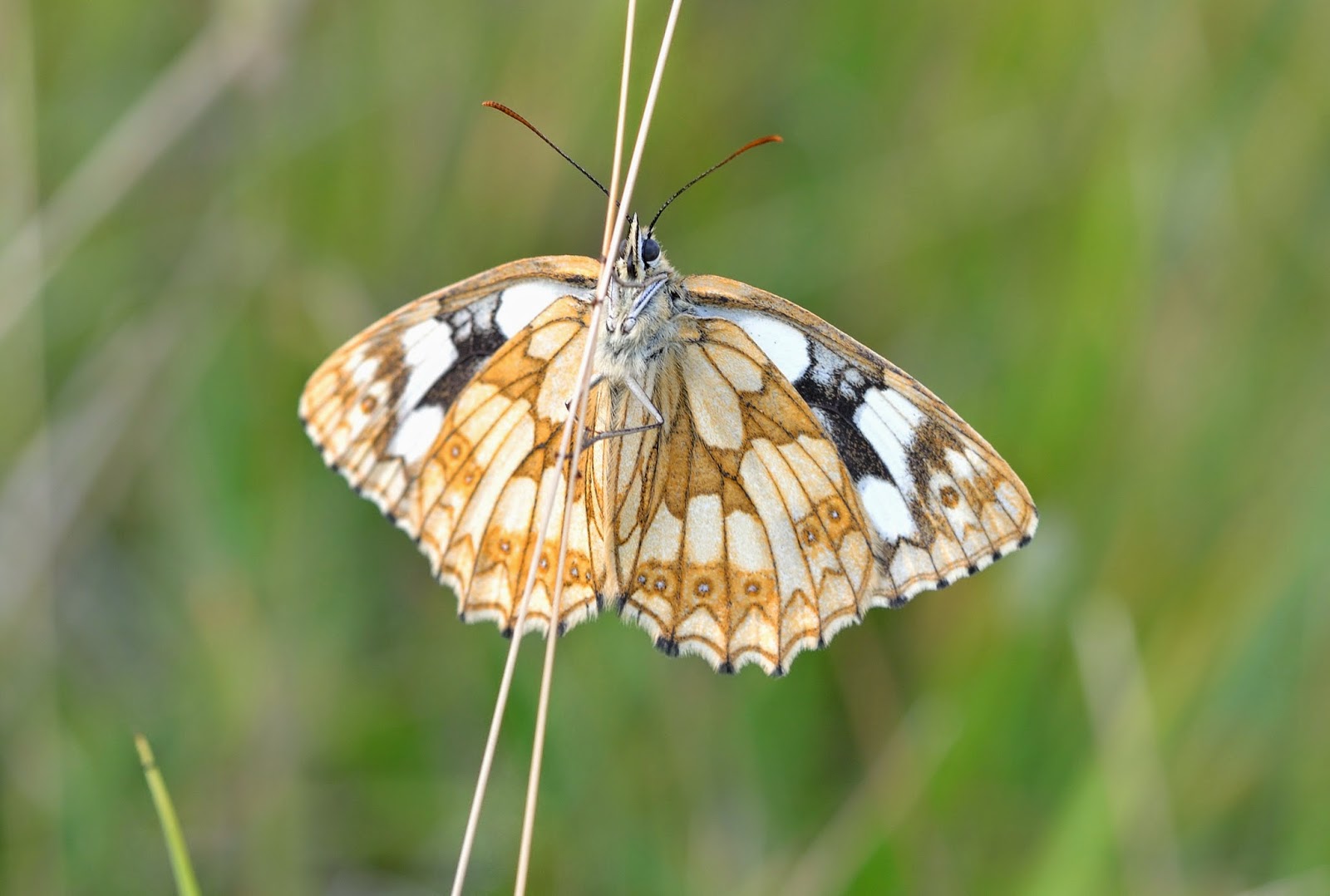 Posted by Bob Eade. at 11:46
Email ThisBlogThis!Share to TwitterShare to FacebookShare to Pinterest