In the heat of yesterday I went with Nigel to the Levels to look for the Variable Damselfly. This species is considered to be scarce and neither Nigel or myself had ever seen them before, so it was good to find them in reasonably high numbers. They were also easy to spot as this seemed to be the only species present, apart from 3 Blue-tailed Damselflies. The breeze did make it quite tricky as the reeds they sat on were moving quite a bit, however a few pleasing shots were obtained. 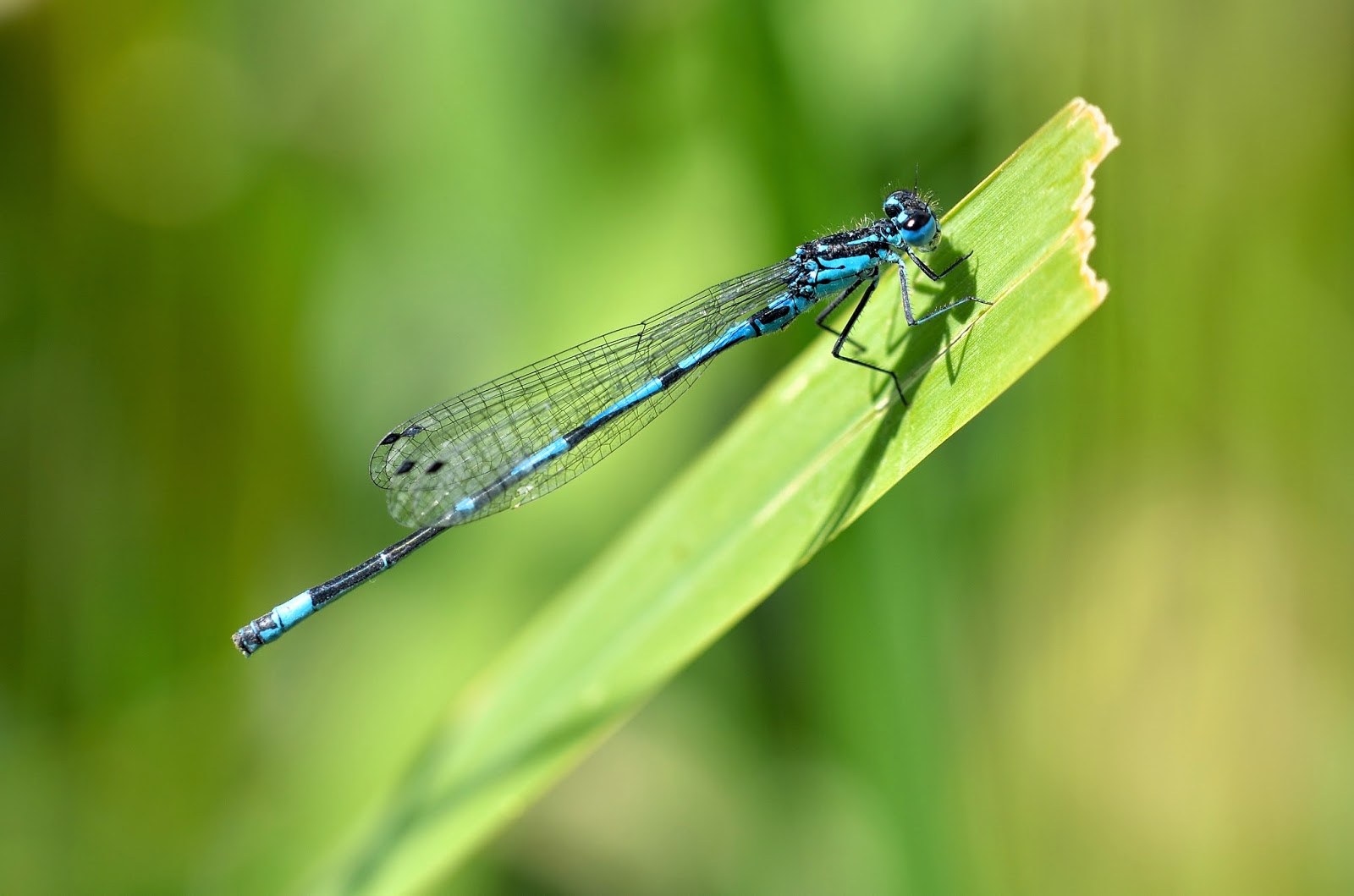 There were several mating pairs and eventually one pair was found within camera range. 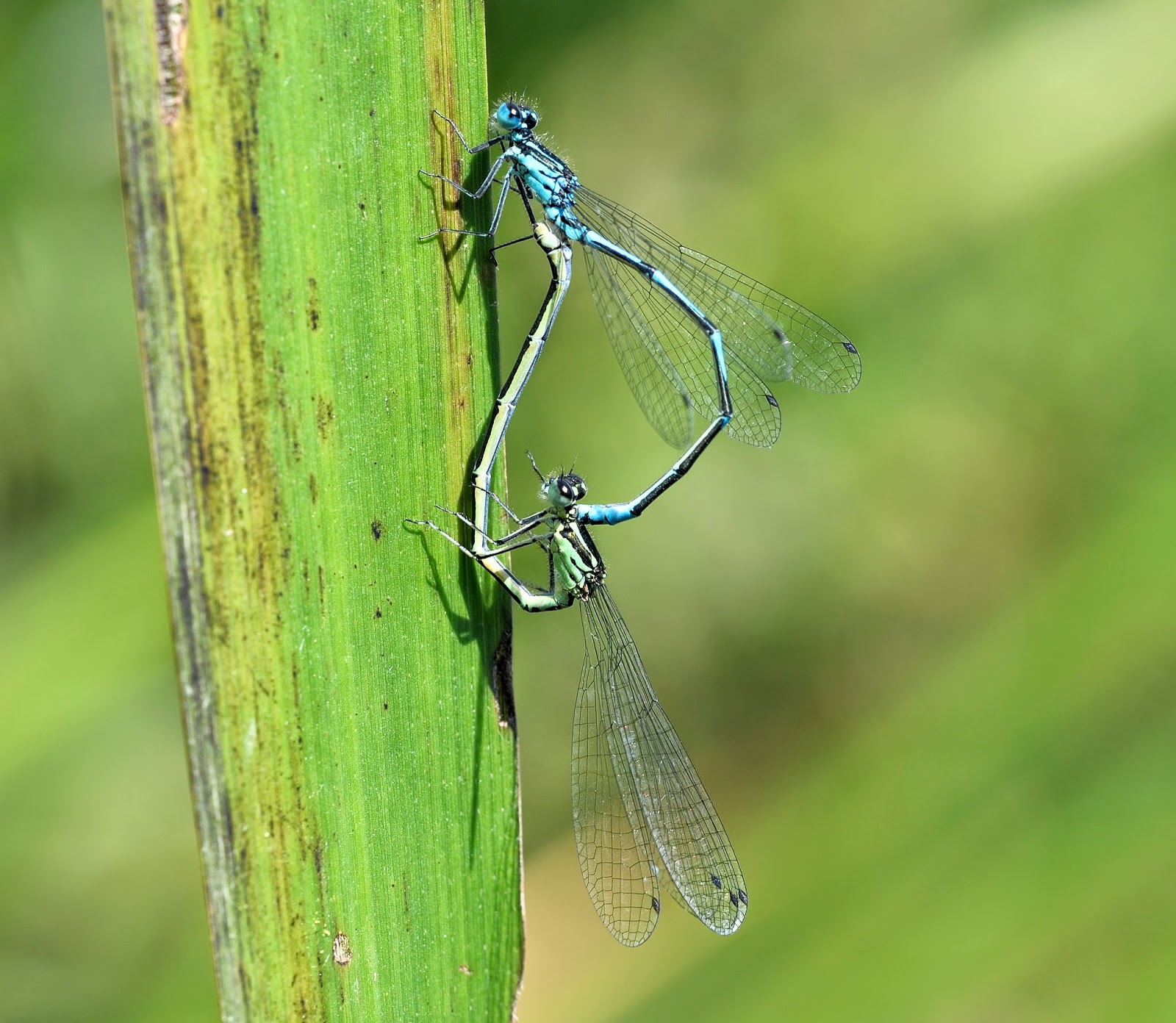 Once mated the male keeps attached to the female to make sure no other male can mate with her, after a while they then head to the stream where she lays the eggs with the male still attached to her. This picture is of a different pair, resting up before egg laying. The female was blowing around a lot so I was surprised to find I had a couple of good shots. 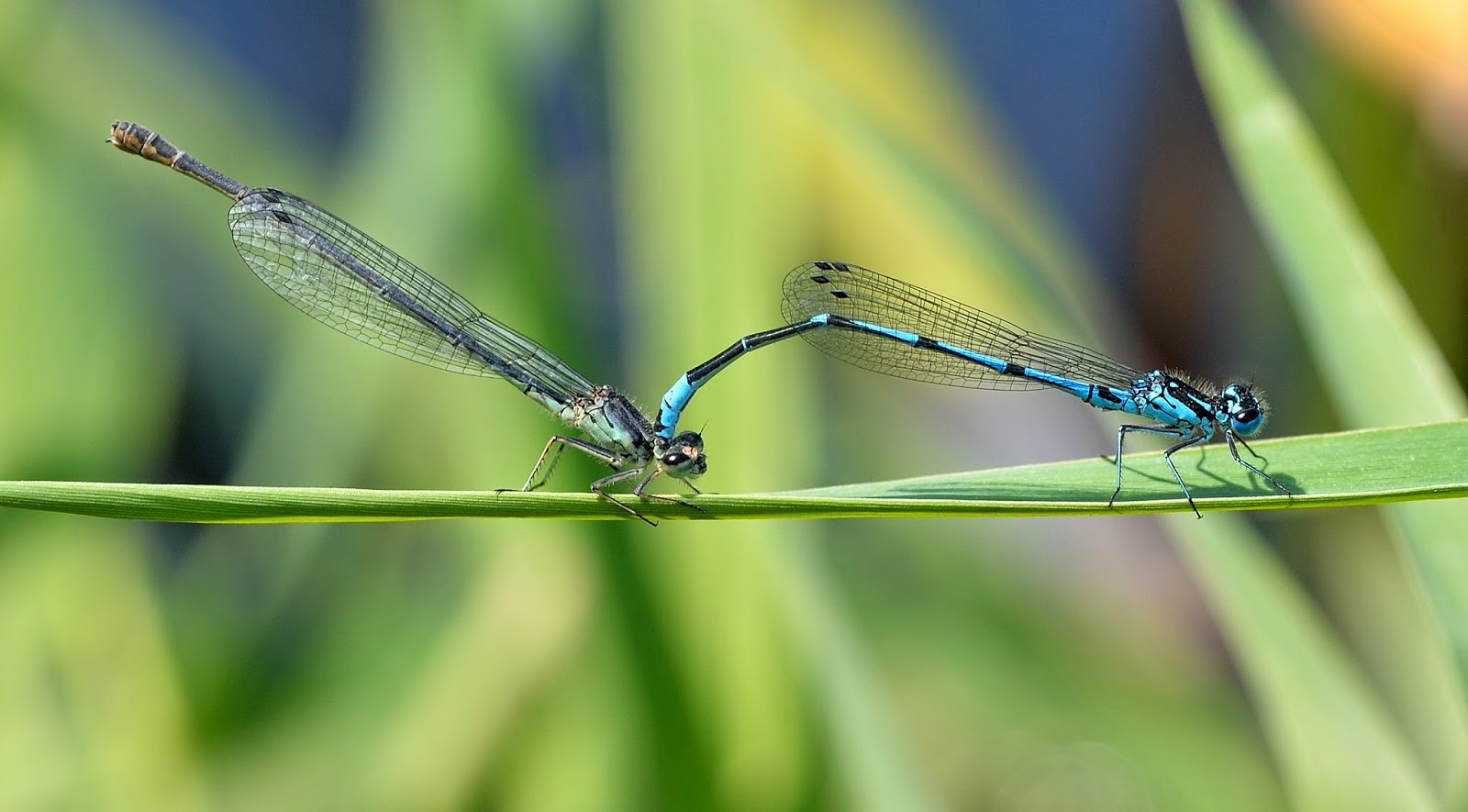 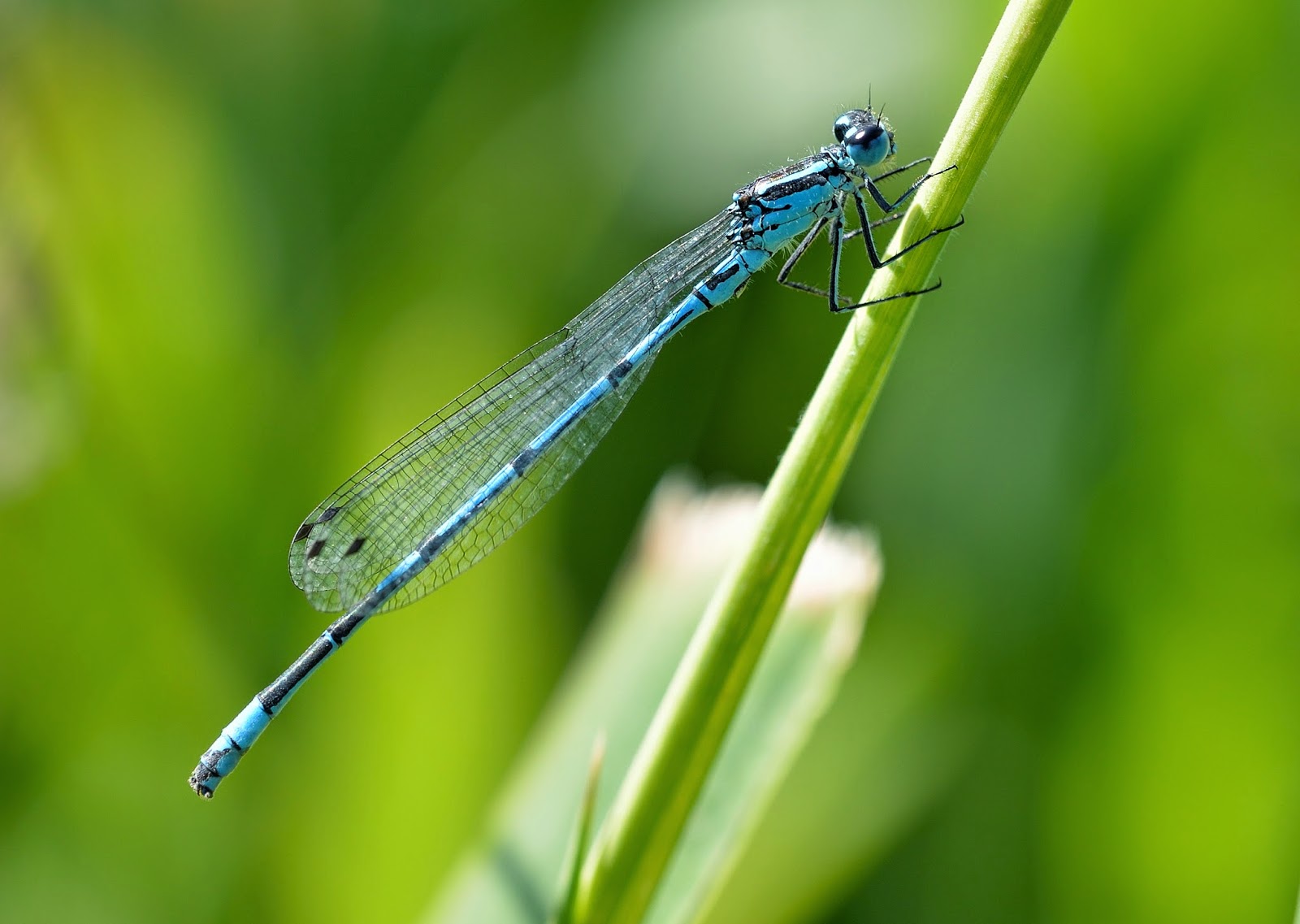 I ended up later in the day at Malling Down in the small hope of finding Musk Orchids. In the 1970s I saw hundreds here. In recent years they have all but gone, one was seen last year by someone but I couldn't find any yesterday. The only interesting thing I saw was a Small Skipper ovipositing. 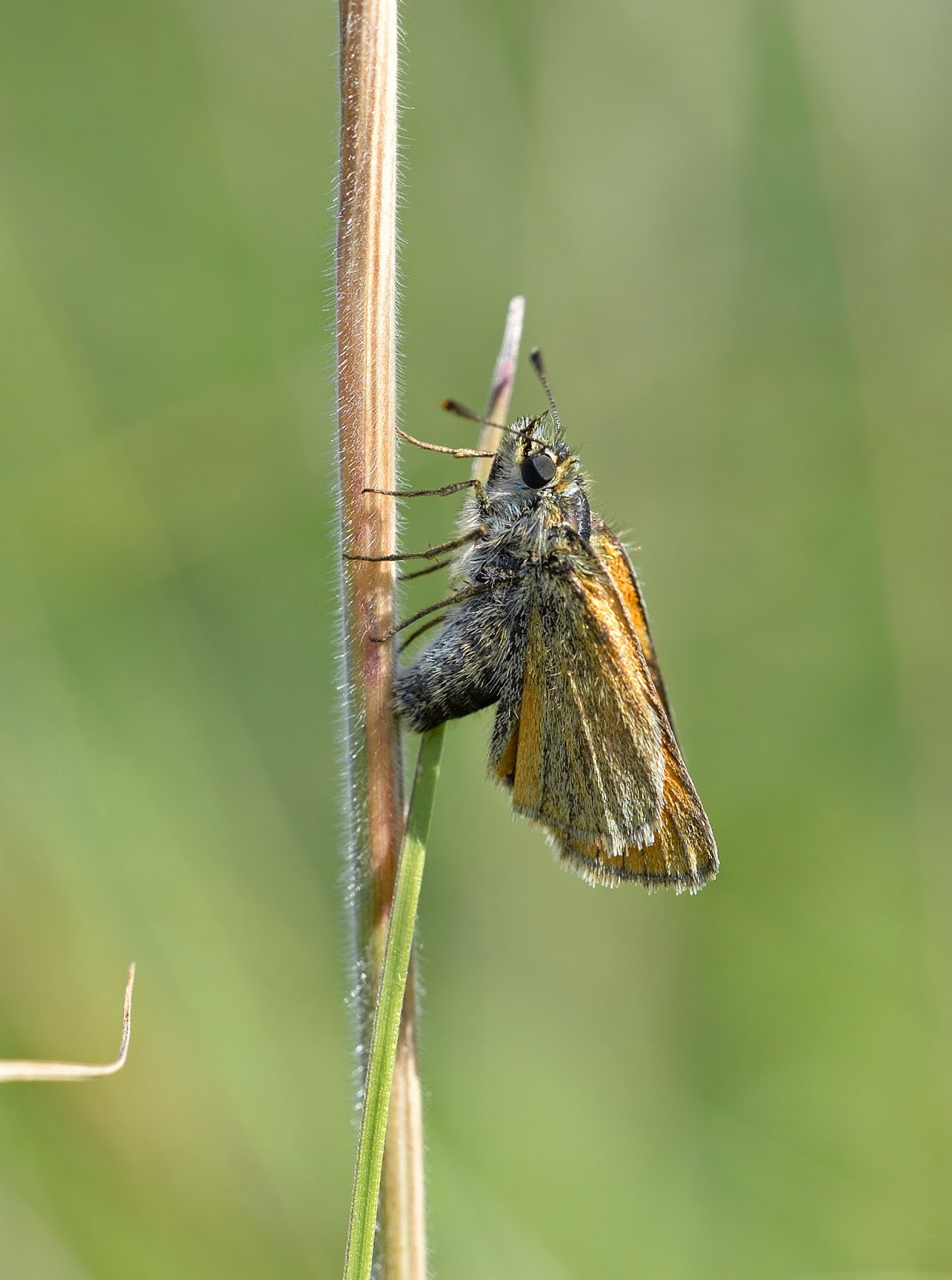 There were also hundreds of Cinnabar Moth larva on the Ragwort. These larvae eat the poisonous plant and become poisonous to birds, having the yellow and black danger colours. 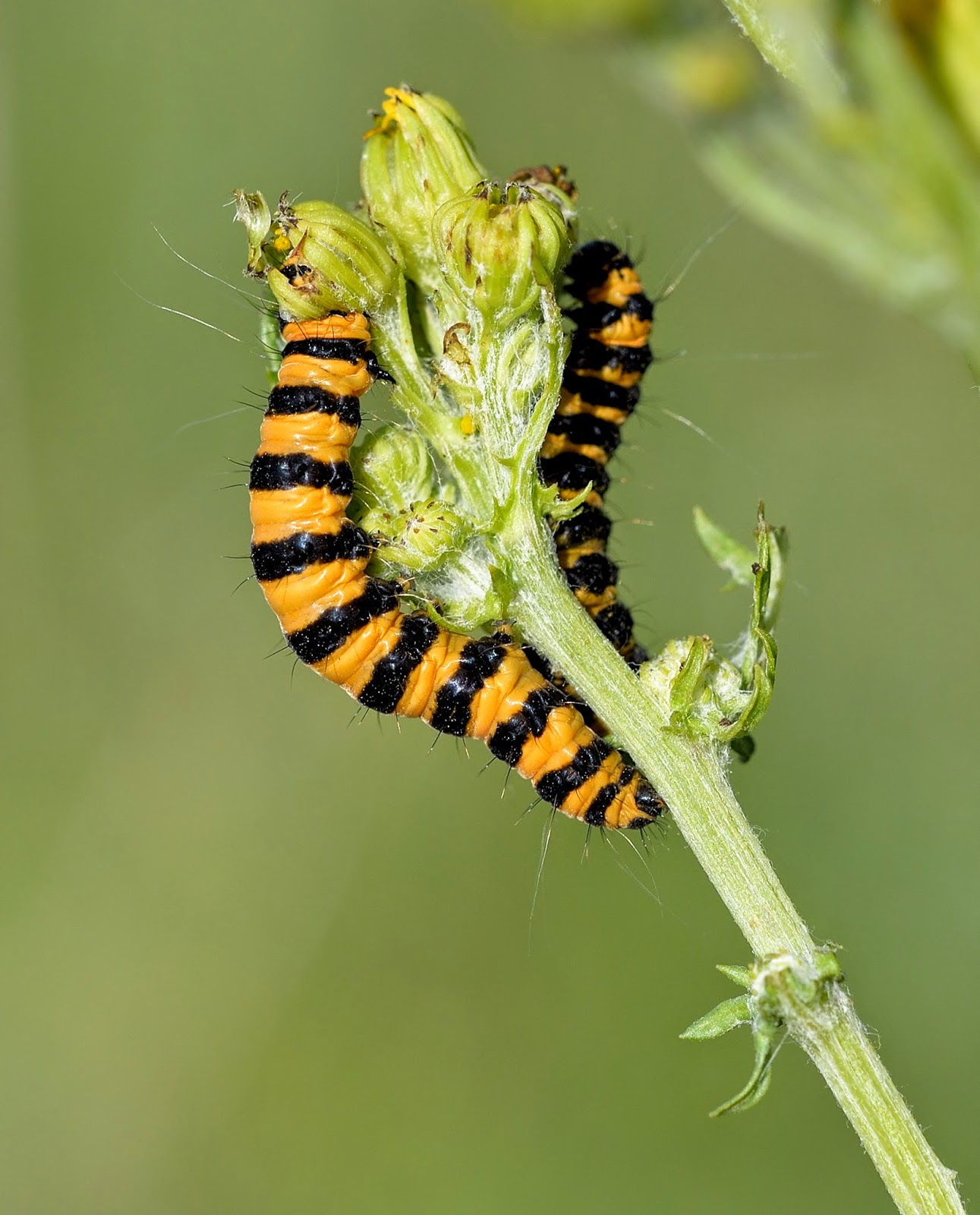 Posted by Bob Eade. at 21:48
Email ThisBlogThis!Share to TwitterShare to FacebookShare to Pinterest