It was a bit of a risk yesterday heading West where the weather was going to be pretty poor compared to home. However, with little chance of long trips at the moment it was now or waiting till next year!! The nearer we got to our destination the clouds started building and the odd drop of rain fell. There are many rare orchids in Buckinghamshire and Matt had wetted my appetite last year when he saw the Military Orchid. I have been interested in orchids since I was a lad and this particular orchid was, and still is one of the rarest orchids in Britain where it is only found in 3 sites. It is an orchid that I never thought I would ever see. In the clearing in the wood there were at least 80 of these spectacular flowers with their flower heads showing little soldiers. The light improved just enough to get some record photographs before the heavens opened. Other orchids at the site included Fly, Greater Butterfly and White Helleborine. But the star was without doubt the Military Orchid. 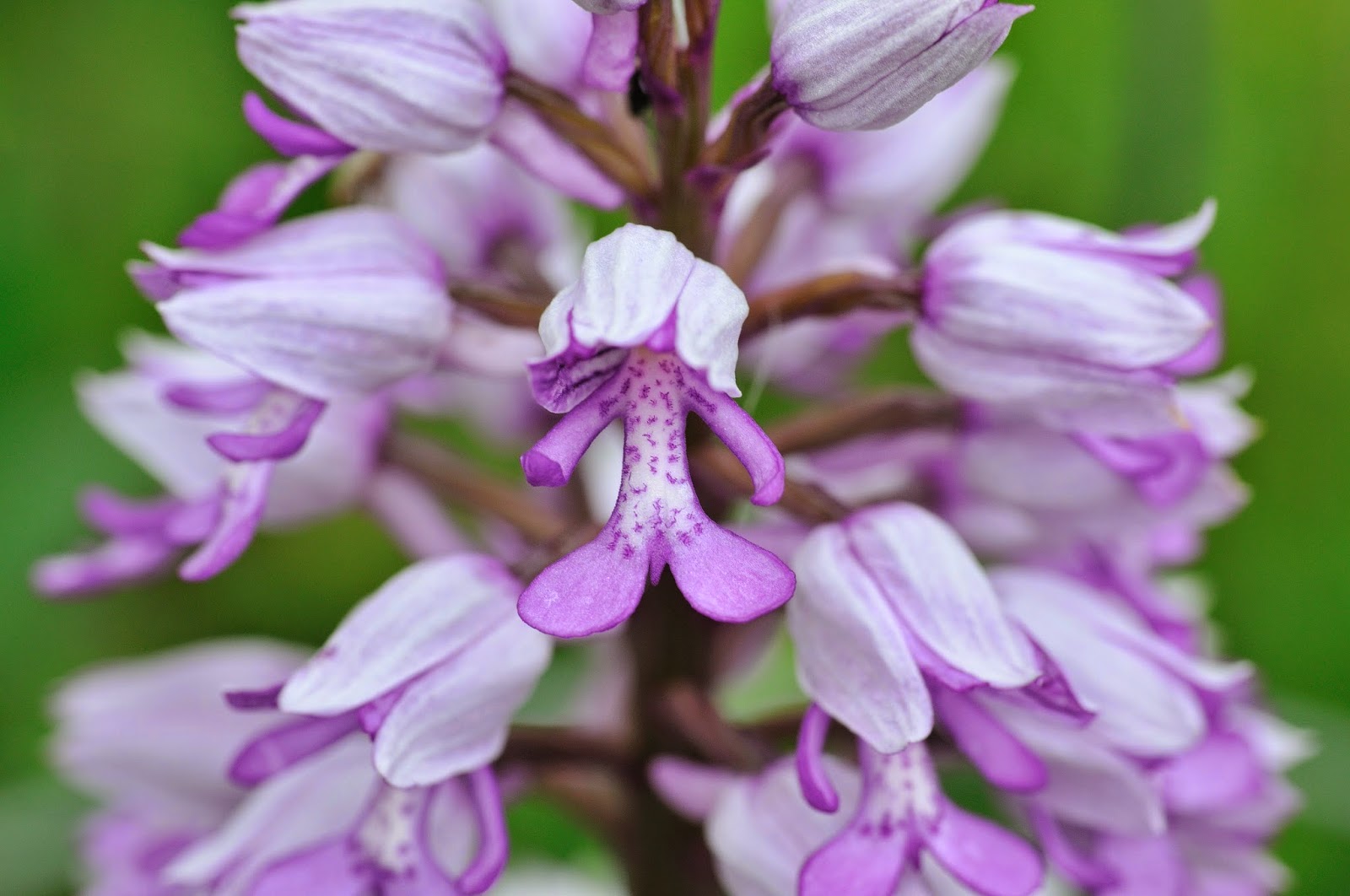 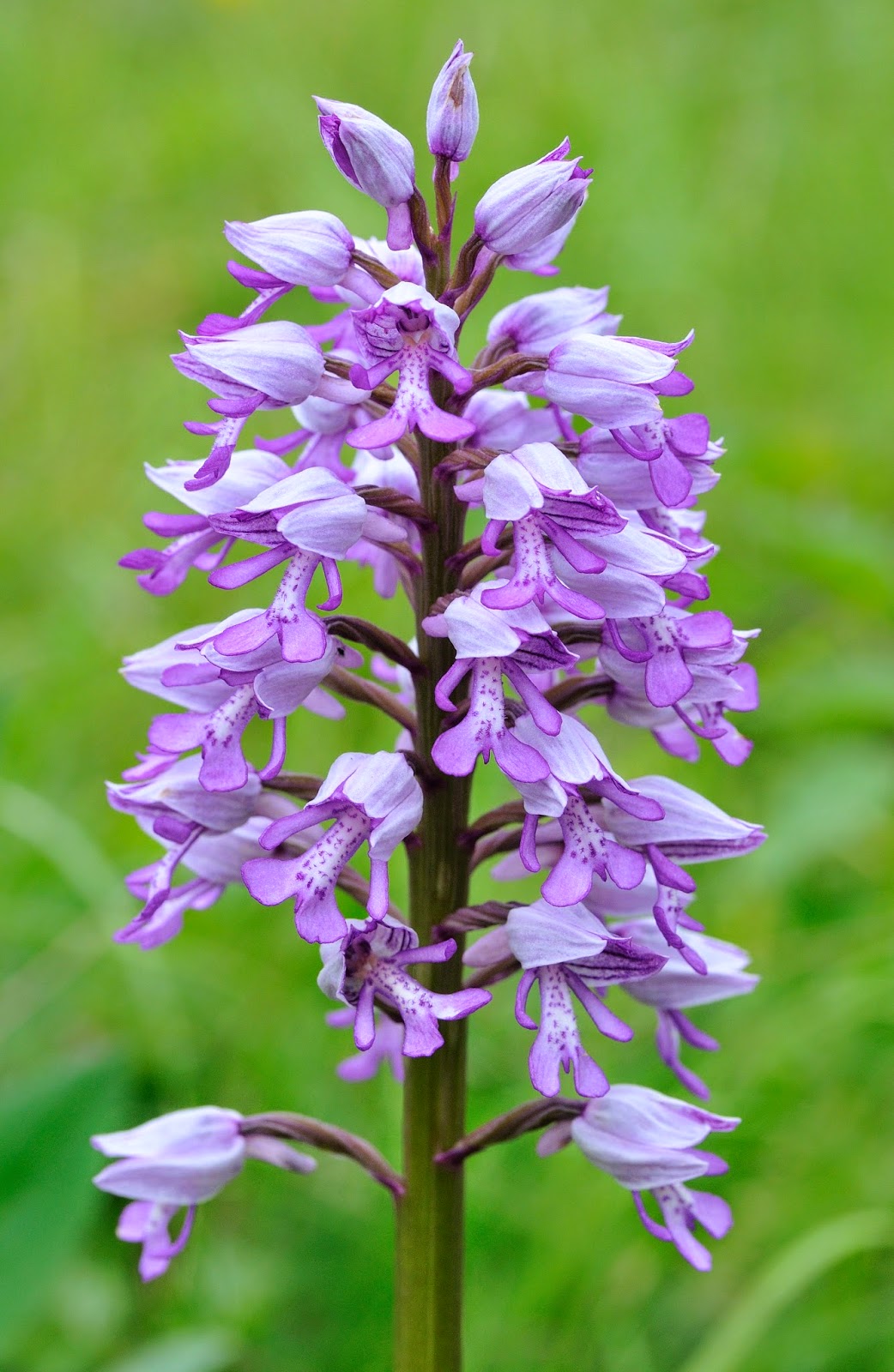 It was then a 10 mile drive to see the even rarer Monkey Orchid/Lady Orchid hybrid. A flower that is unique in Britain to this site overlooking the upper Thames near Goring. Once again the weather made it very difficult to get decent pictures with the wind blowing hard as well as the poor light. There were a few Monkey Orchids also present, these were smaller and paler than the ones I know from Kent. Once again we left the site in heavy rain. 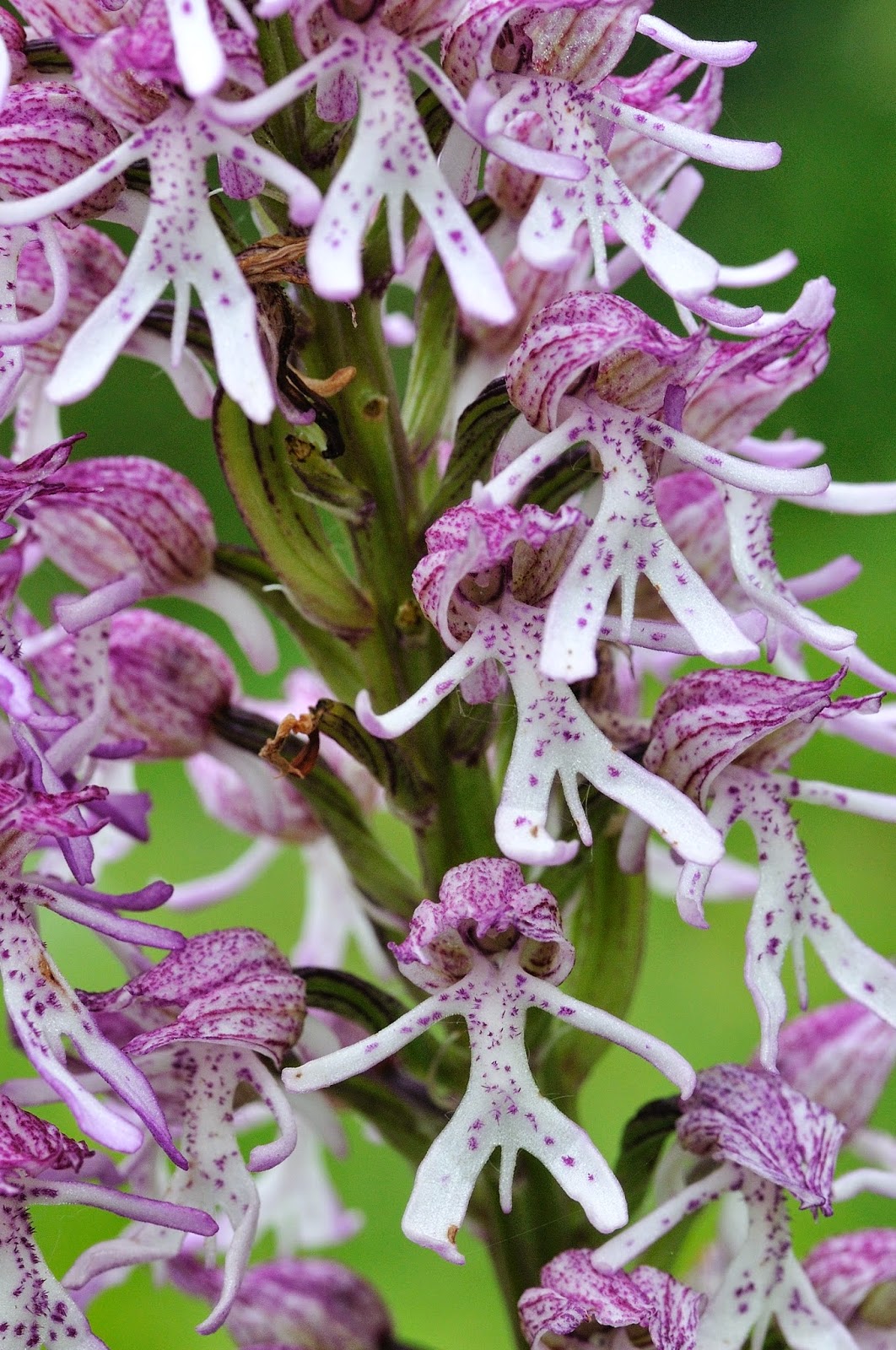 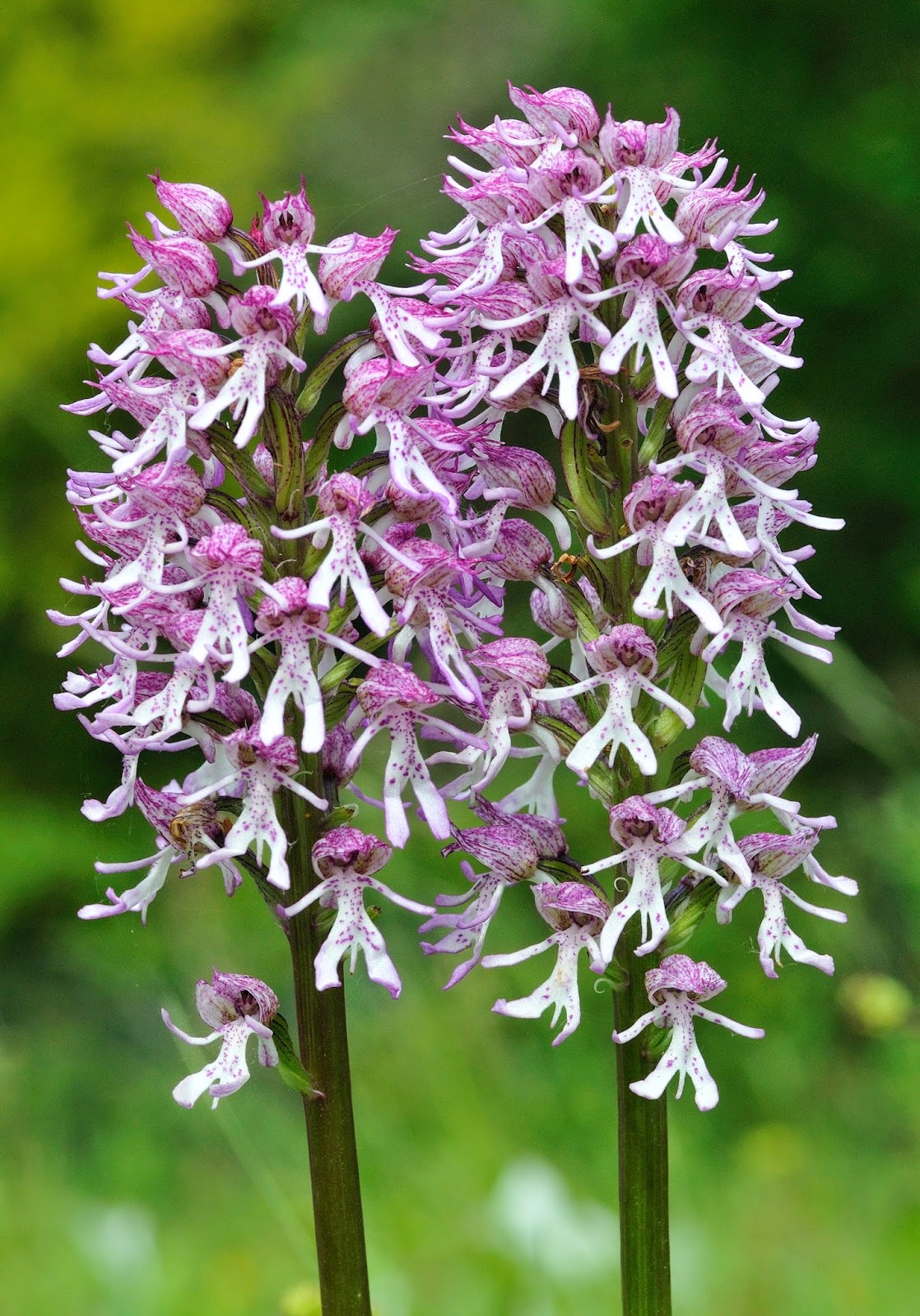 
We thought then we just had enough time to get to Hampshire for the Sword-leaved Helleborine. Unfortunately torrential rain had produced some accidents and the traffic on the A34 was horrific with a tail back for several miles!! However, we arrived at the Hampshire destination just as the clouds cleared a little. There were several hundred Sword-leaved Helleborines present, many more than we saw last year. Bird's-nest Orchids were also there in the darkest parts of the wood as well as Fly and White Helleborines.  As we left the site it once again started to rain!!!! Then heading home the sun came out, and yes, it had been out all day at home. 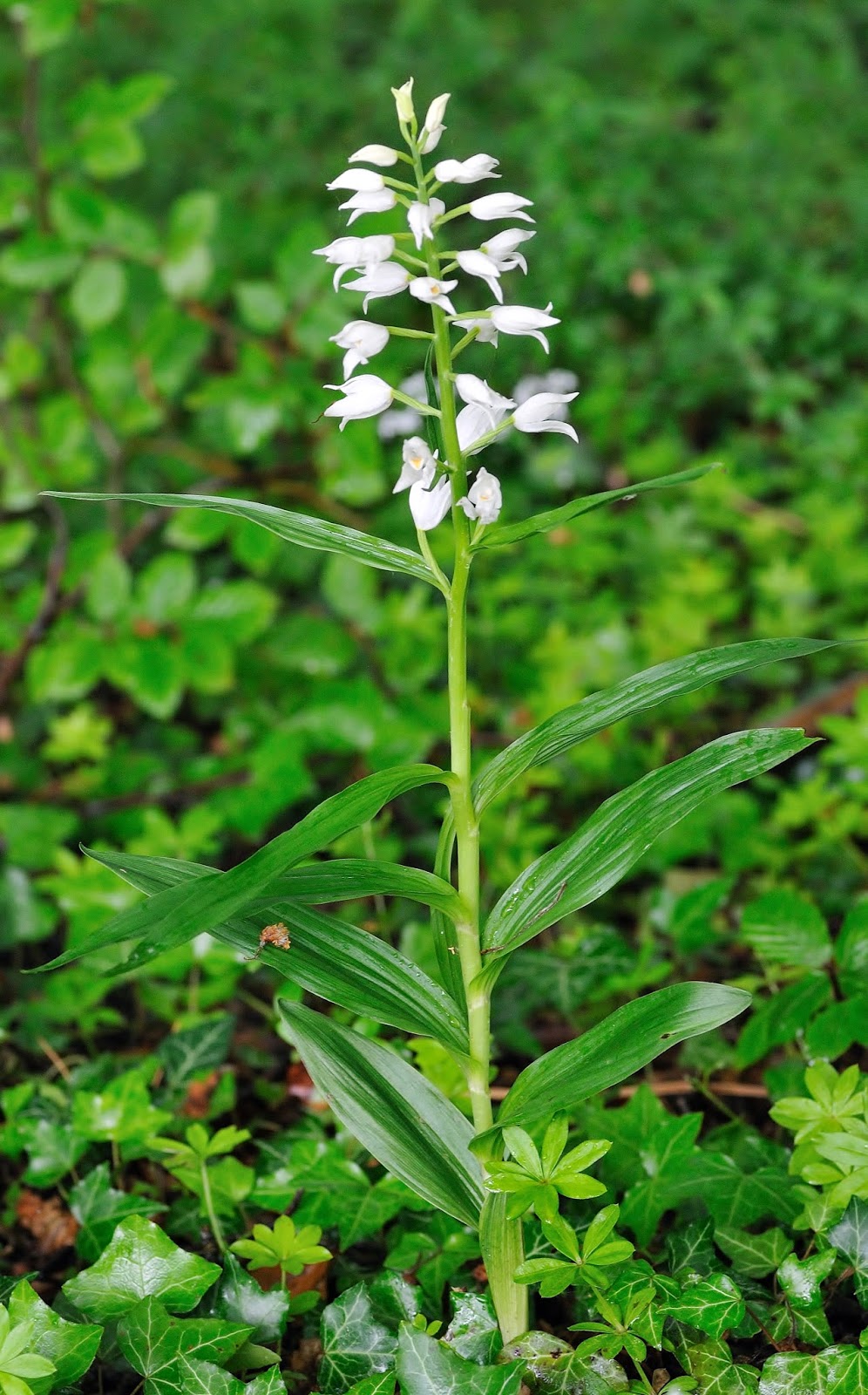 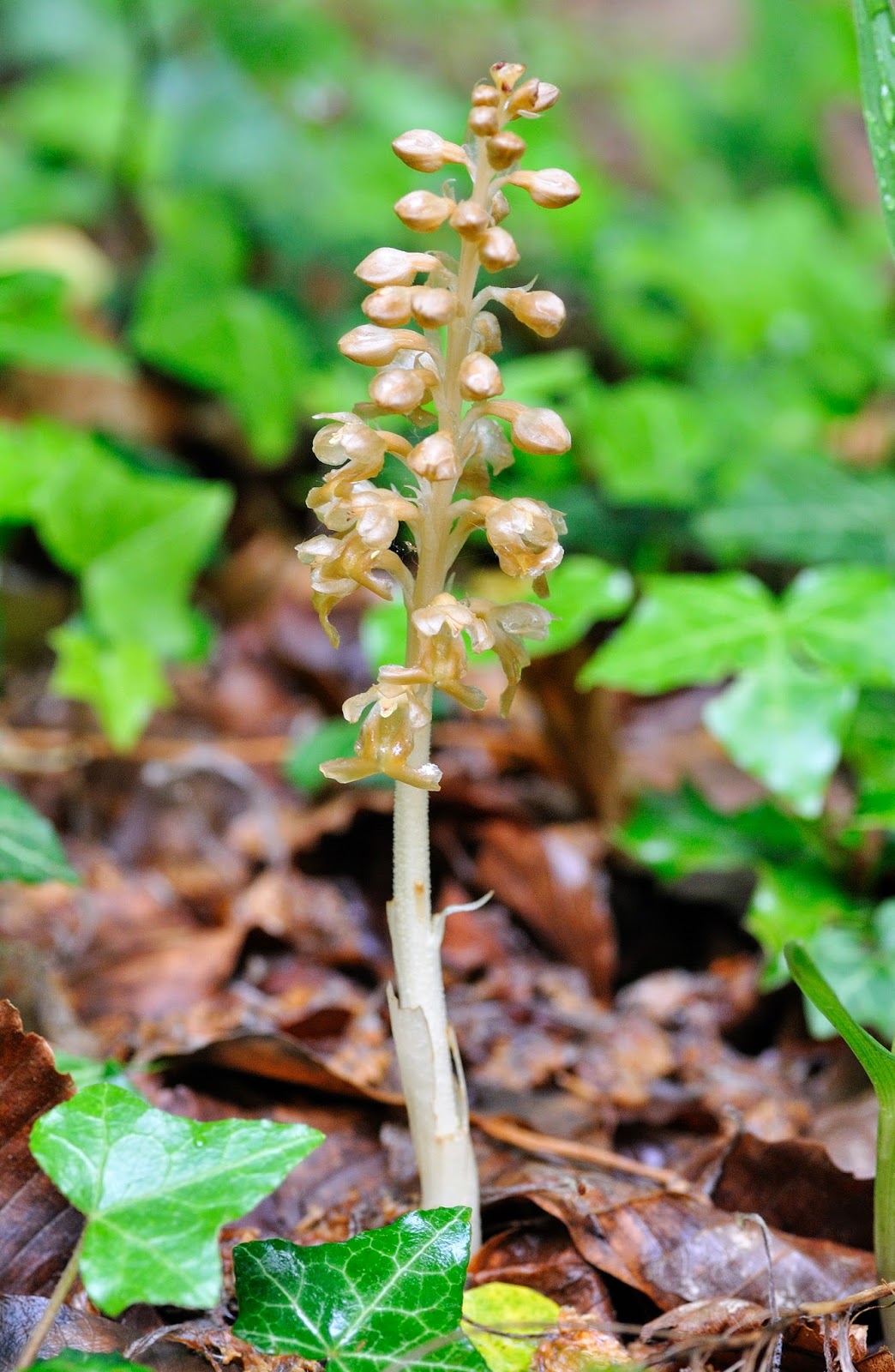