I very nearly didn't go out this morning as the weather was cool and breezy with the promise of a few showers. I'm really pleased now though that I made the effort as after checking the larva and pupa a Wall Brown took off from nearby. I couldn't believe it as I had 2 shirts and a coat on and I was still not that warm.  I then saw a female Wall Brown but lost it pretty quickly, this was a bit frustrating as the female is even harder than the male to get good photographs of. I then looked at the Small Tortoiseshell larvae which were mostly in a large mass with a few of the larger ones spread over the stinging nettles. 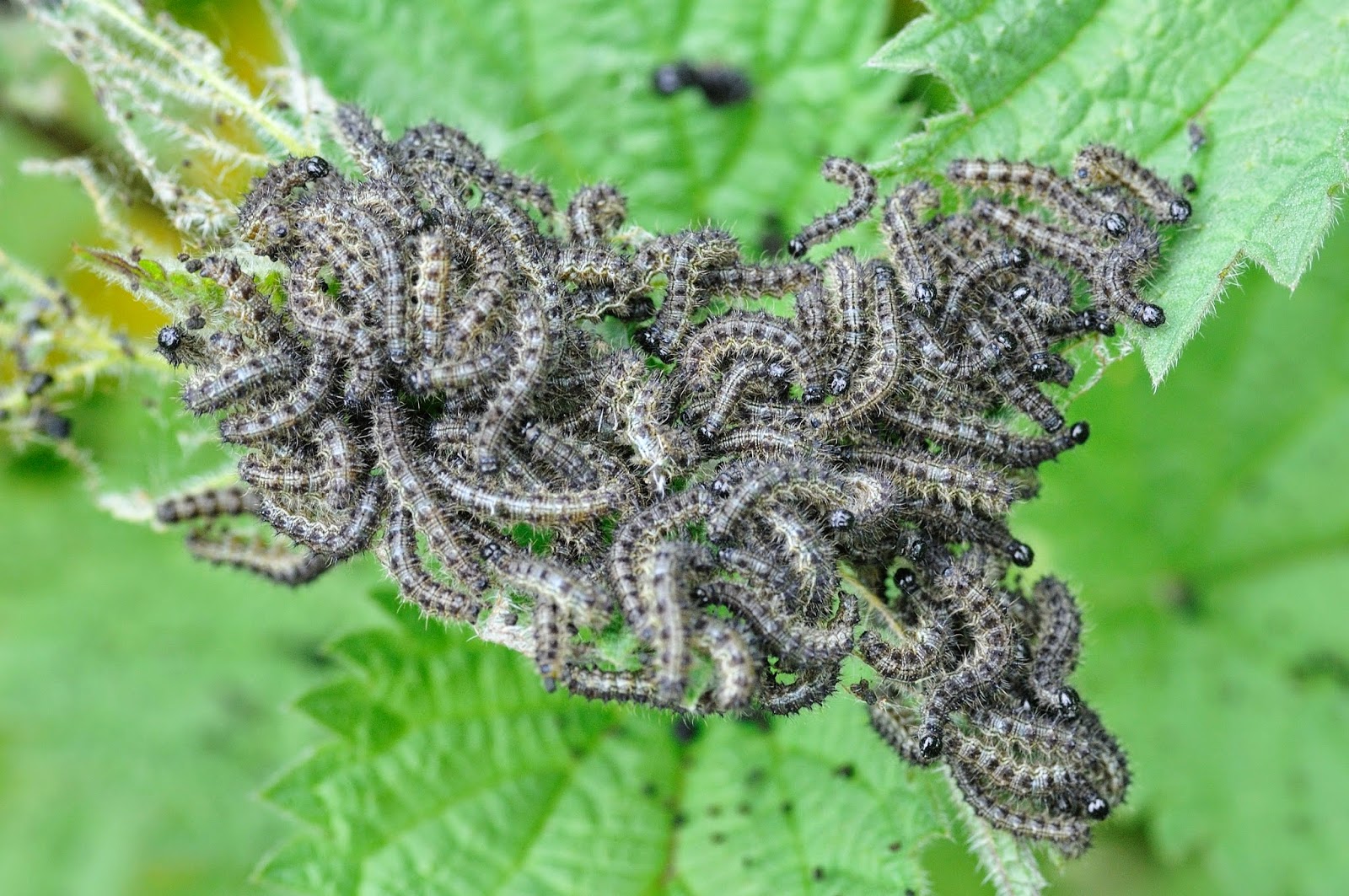 After leaving these I spotted a freshly emerged female Wall Brown sunning itself in the weak but improving weather, a very slow steady approach and I managed 3 pictures before a male flew over and the female went up to join it. They quickly paired up and I managed some pictures of the mating. I left them after around 20 minutes during which time had I protected them from a heavy shower. 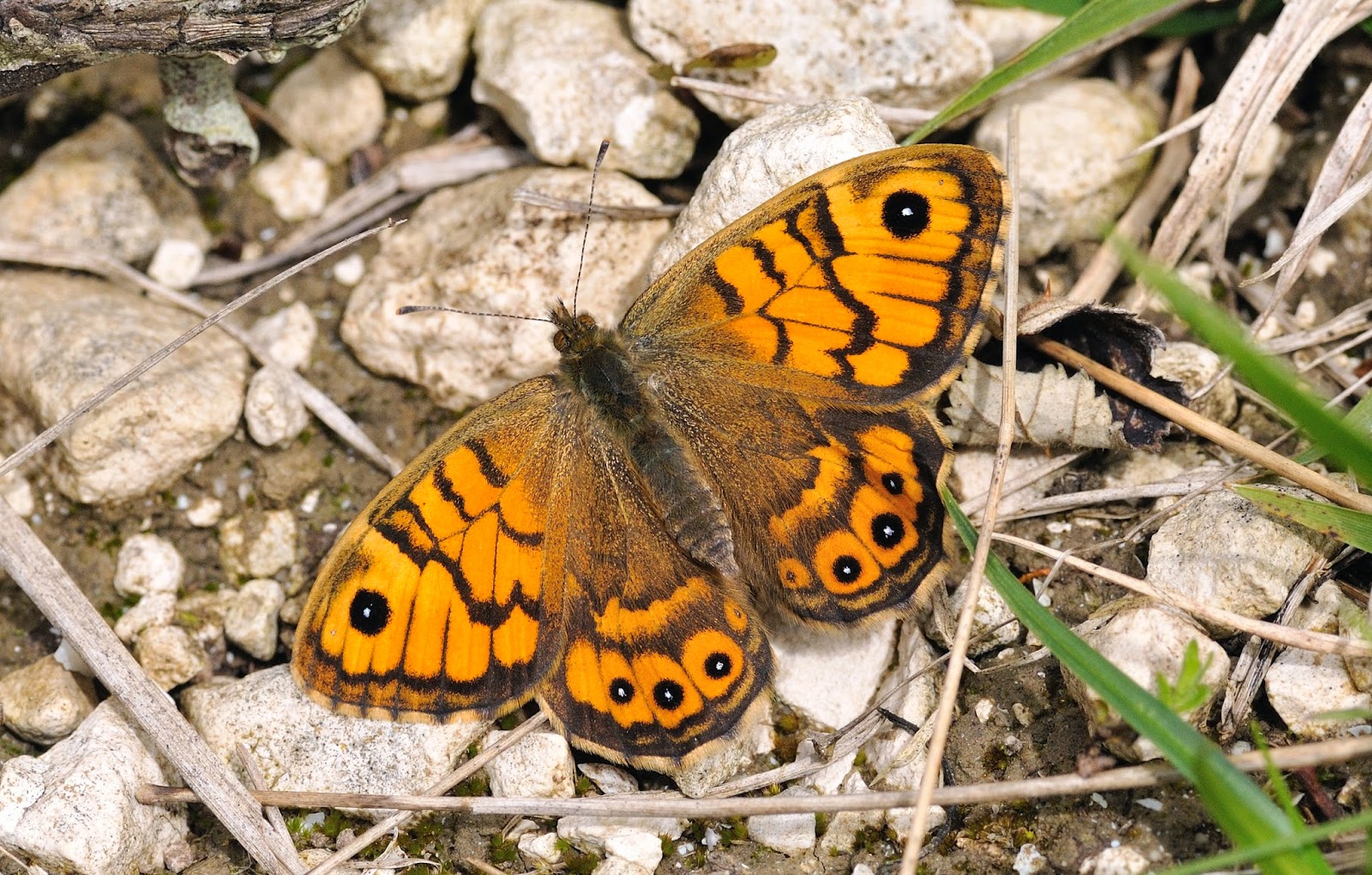 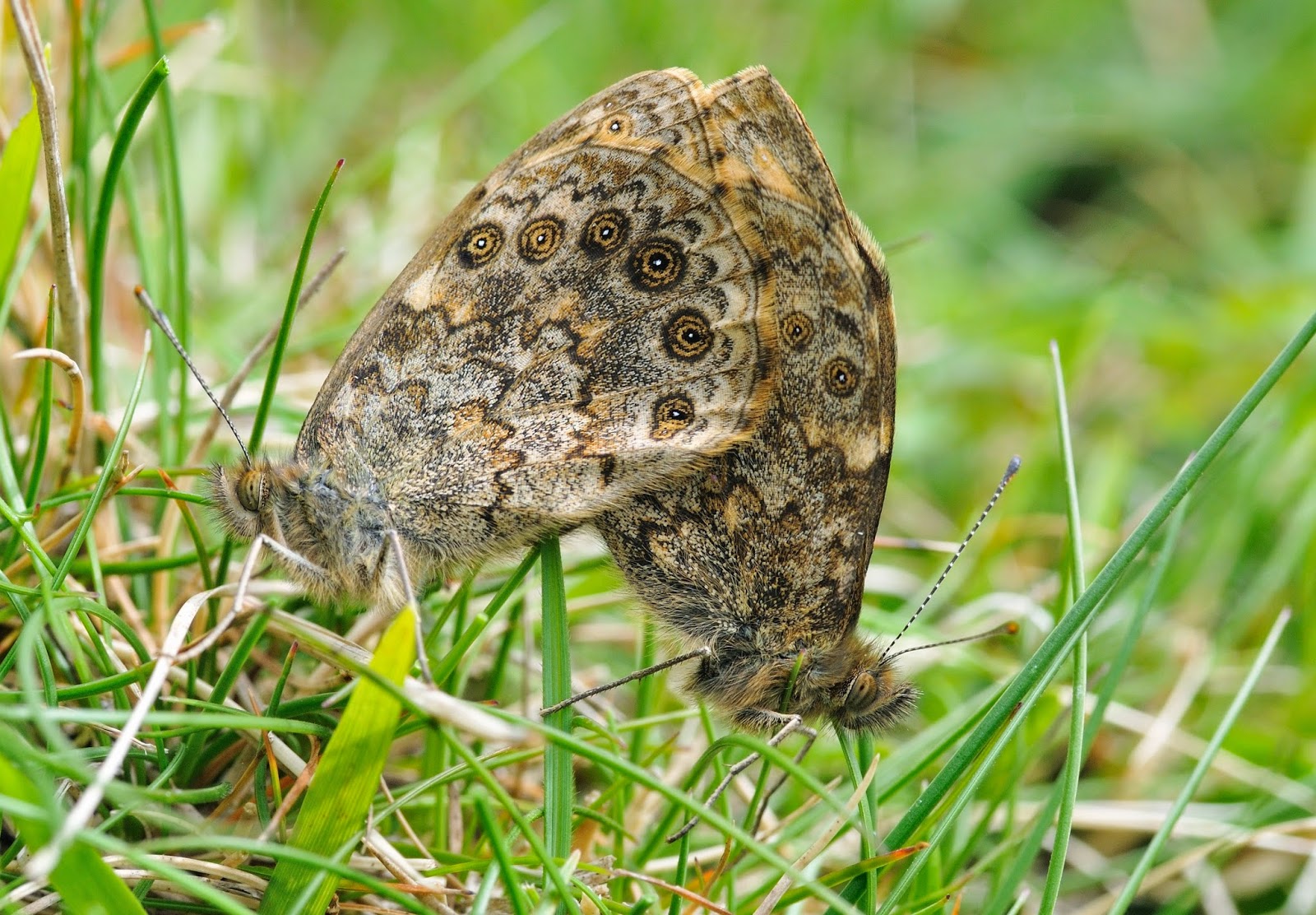 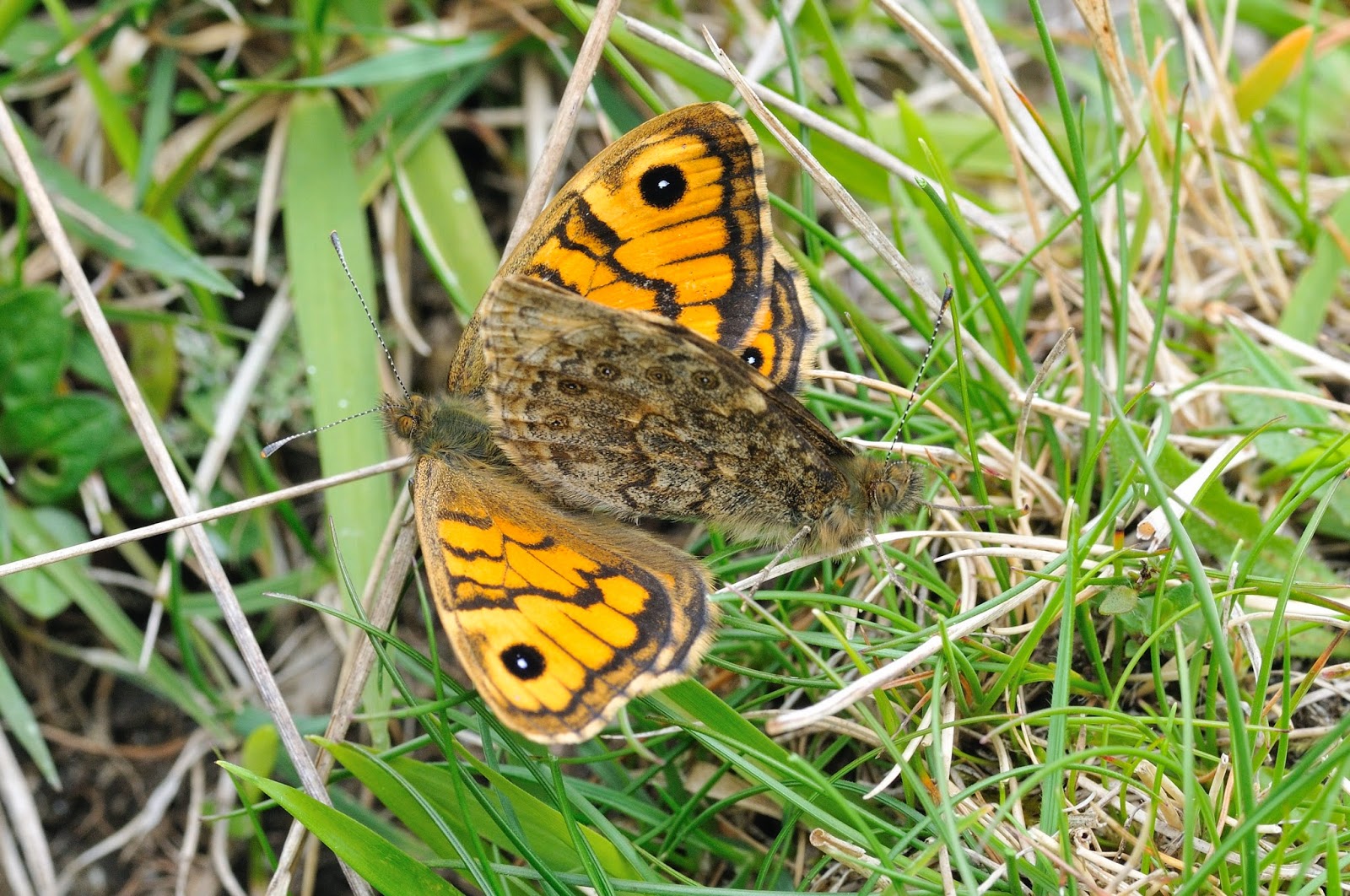 Posted by Bob Eade. at 16:03
Email ThisBlogThis!Share to TwitterShare to FacebookShare to Pinterest