A First for Sussex

Continuing my look back at the summer, June 18th was a poor day for butterflies with it being overcast. Nigel Kemp had come over and as he was trying to get into orchids I took him to see some Frog Orchids near Eastbourne. Son Matt had seen them a few days earlier so I knew they were in flower. It was a new species for Nigel so I was pleased to locate the colony and we both took several pictures.
The Frog Orchid 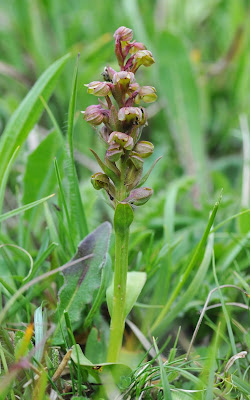 I then left Nigel and wandered down the slope looking for more orchids away from the main colony when I stumbled across a strange plant. It was obviously an orchid and it was the same size and shape as a frog orchid. I thought it had to be a hybrid of a Frog Orchid and some other type of orchid but wasn't sure until I got home and checked it out on the internet. It was then established as a hybrid between a Frog and Common Spotted Orchid.
﻿ 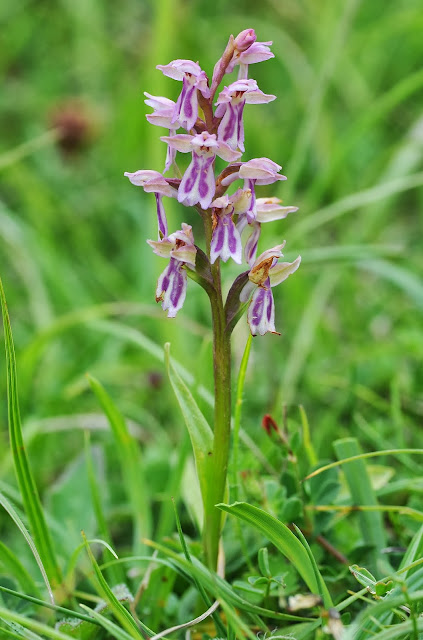 Looking in David Lang's excellent book on Sussex Orchids he states that Frog Orchids do hybridise with other orchids but there are no records of this happening in Sussex. On this I contacted David who confirmed this was still the case. Two days later I took David out to show him the orchid and he told me that in over 60 years of studying orchids he had only seen a Frog hybrid once before and that was on the Isle of Wight. It was very rewarding to have found something that had never been recorded in Sussex before, this despite the Frog Orchid being reasonably widespread in the County. I was pleased that once the news got out several enthusiasts managed to see the plant before the flowers went over. 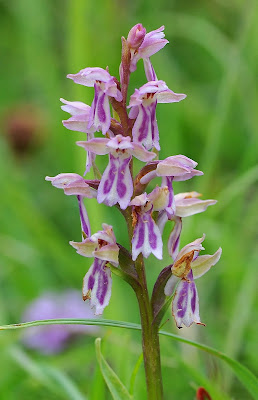 On the way back to the car Nigel spotted a Small Yellow Underwing, a new moth species for me. 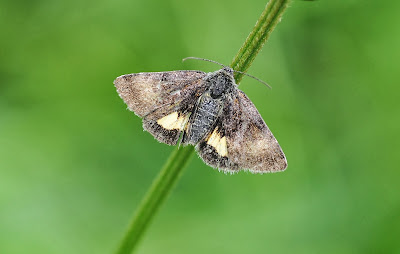