I called up to Friston Forest and Lullington Heath to do my 'Wider Countryside Butterfly Survey' today and there were butterflies everywhere.
On the way up the path I diverted a short distance to check out some brambles near some elms where a couple of years ago I found a late tatty White Letter Hairstreak. I was amazed to find 3 female Hairstreaks nectaring with one of them in very good condition considering how late it is in their flight season. What a bonus!! 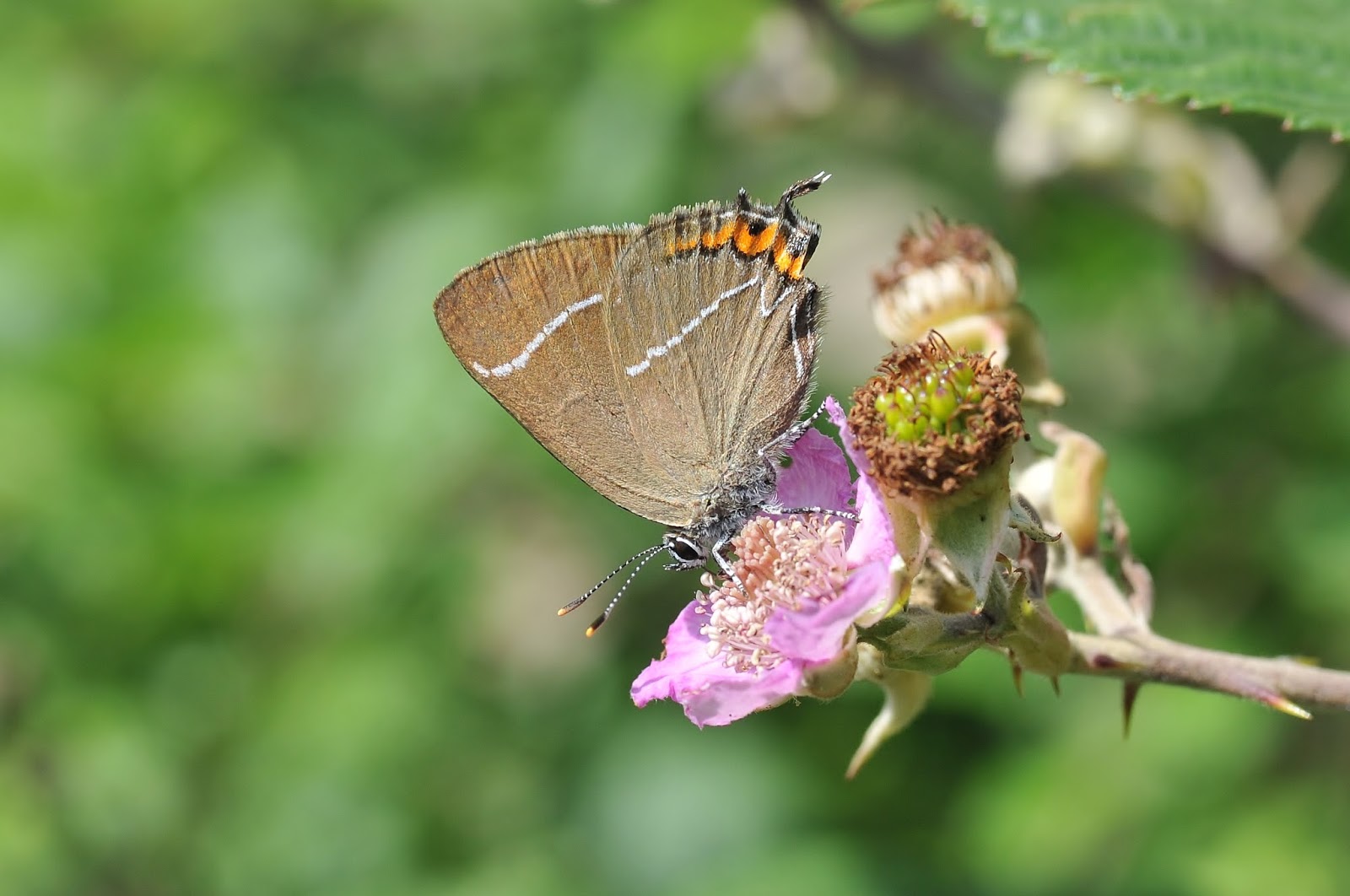 ﻿
It was then into Friston to do the survey, after which I spent a bit of time looking for some more Silver Spotted Skippers. One of which settled on this knapweed and allowed several pictures from both into the sun and away from it bringing out the different colours and textures. Another bonus!!﻿ 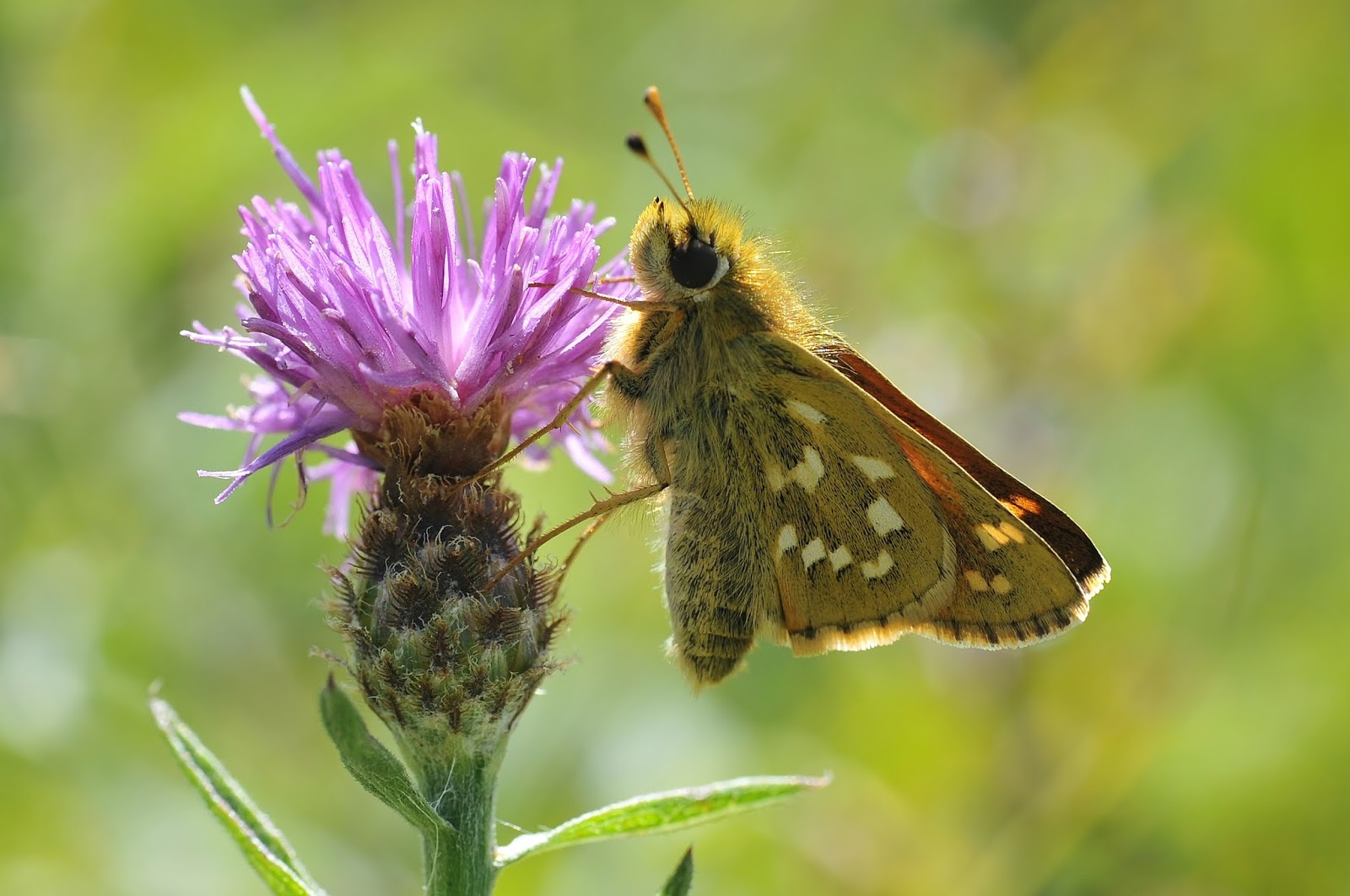 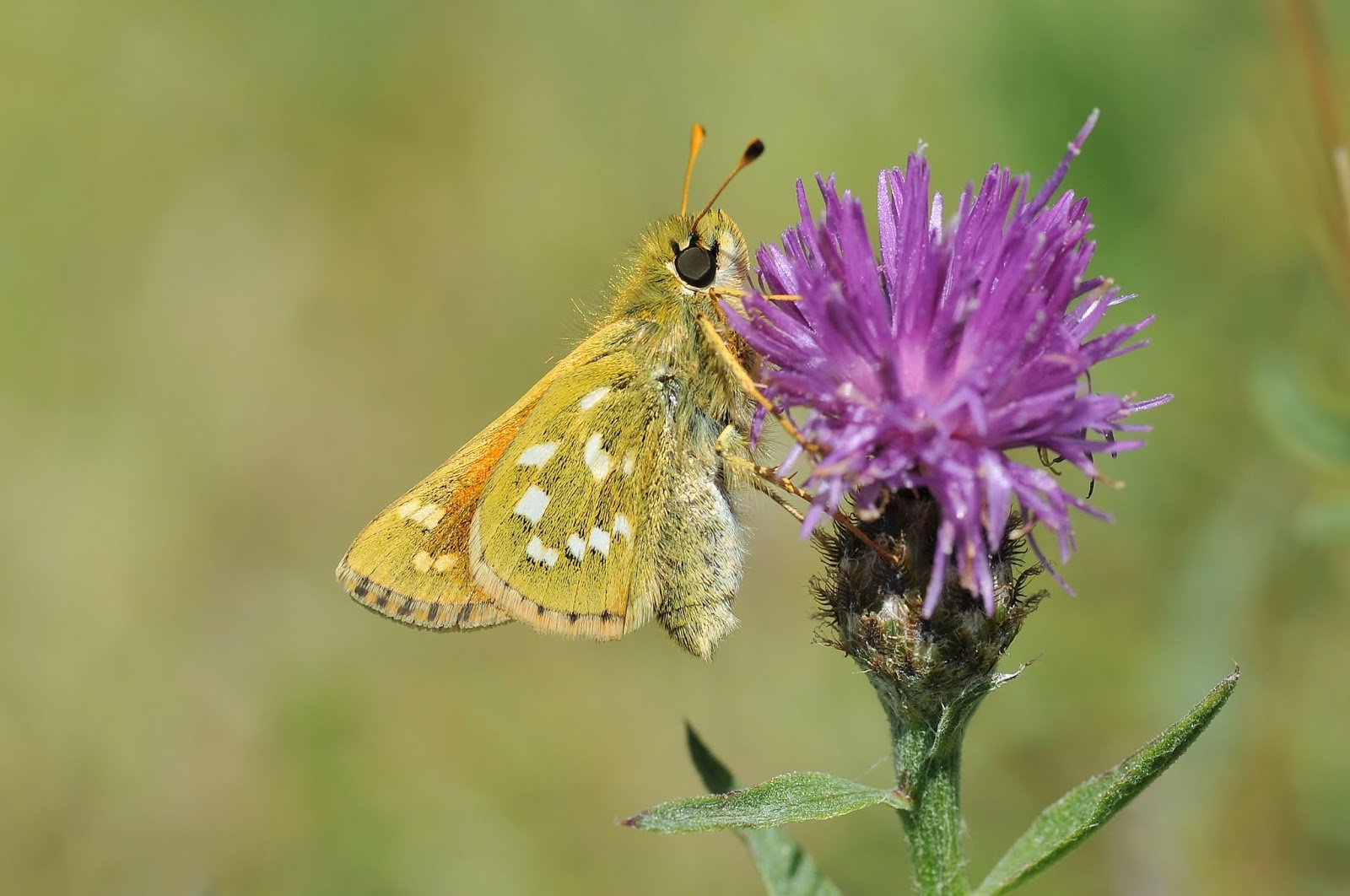 Posted by Bob Eade. at 22:11
Email ThisBlogThis!Share to TwitterShare to FacebookShare to Pinterest