I have had 3 visits recently where the Scarlet Tiger moth has been the main attraction, although surprisingly the Tigers were actually eclipsed by the still rare Southern Migrant Dragonfly. It appears that this newly established dragonfly leaves its breeding areas to mature in woodland, and this year several teneral individuals have been seen. Last year I had one visit my garden in Seaford, and at the time it was one of the highlights of 2020. James had spotted one on the Friday and after us having a successful hunt for the local White-letter Hairstreak we headed over to the forest to look for the Scarlet Tiger. We never thought we stood a chance of spotting another Southern Migrant Hawker.

After reaching a point where Clare and I had had 11 Scarlet Tigers flying around us the previous week we hung around the area as I was sure that if the sun came out more the Tigers would appear. After 10-15 minutes I somehow spotted a strange dragonfly 10 feet or so up the bank. Looking through the binoculars I was pretty sure it was a teneral female of the Southern Migrant, the one James had seen 2 days earlier had been a male. We carefully took several photos from distance before moving closer for more detailed photos and as the dragonfly seemed sleepy it wasn't a problem. There was now no doubt that we had found another Southern Migrant. 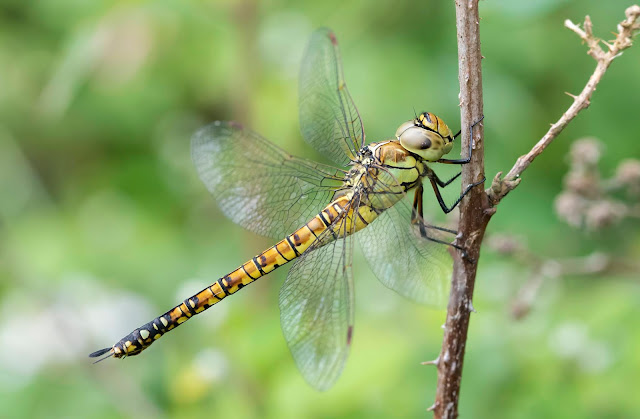 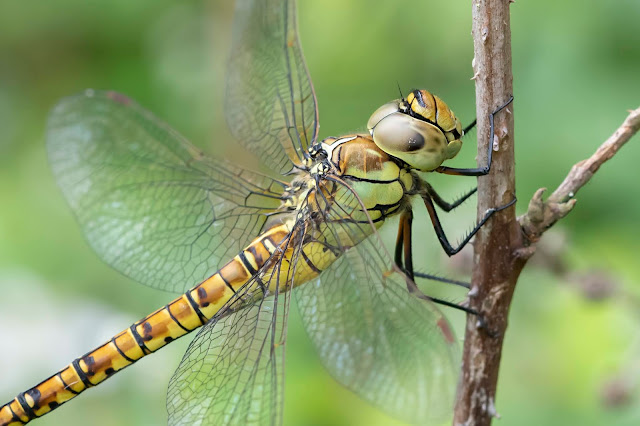 Southern Migrant Hawker teneral female.
Move forward a few days and I was doing one of my surveys in a private wood when I spotted a dragonfly patrolling round a sunny glade. This one was the same golden brown and I was convinced this too was a Southern Migrant Hawker. It was also joined by a bluer version that was almost certainly a teneral male. With only flight views I couldn't be 100% sure, but fortunately further into the wood I spotted another that looked as though it wanted to settle. When it did it was clearly the same sex and species as the other one. There was also a bluer version in the area which also wouldn't settle, but by now I was absolutely sure they were both the same species. 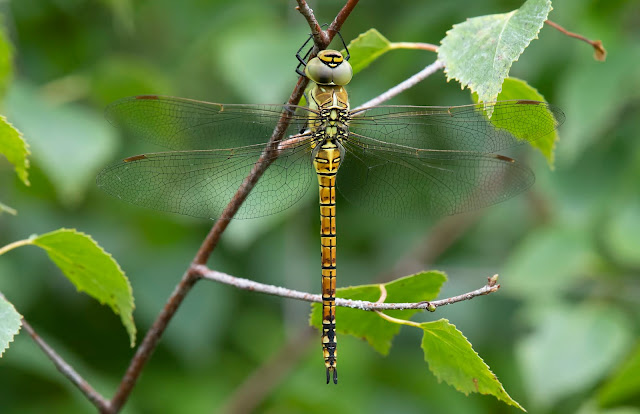 Southern Migrant Hawker teneral female part 2.
As it happens James has also found another couple in a different wood so it appears that this species has quickly become very established in the area. We now have to find some of the breeding areas where the dragonflies will return to when they have matured. The males will then live up to their other popular name, the Blue-eyed Hawker!!
Going back to the Scarlet Tigers, these too seem to be having a really good year with many seen over a few visits to the wood. A small selection of some of my favourite photos of the species follows, all from the past couple of weeks. 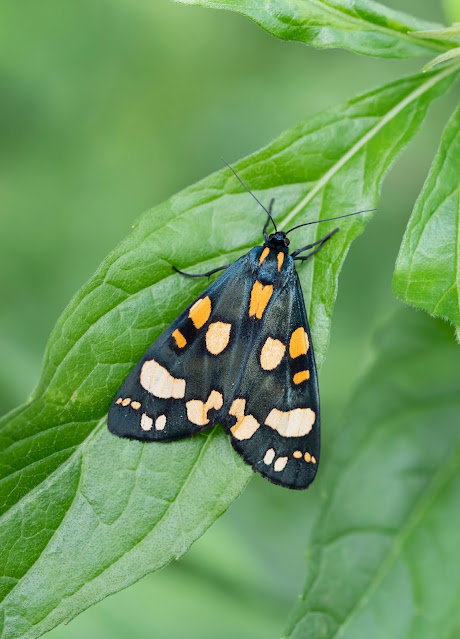 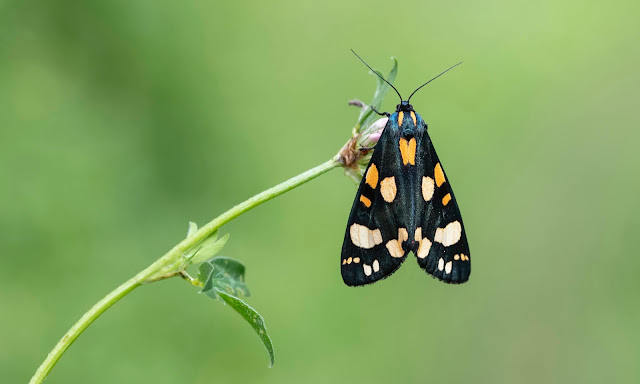 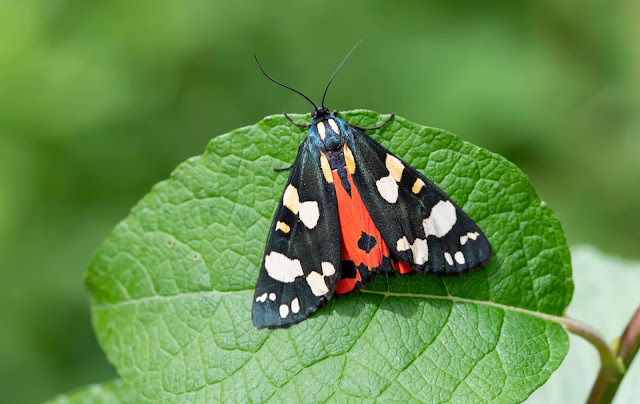 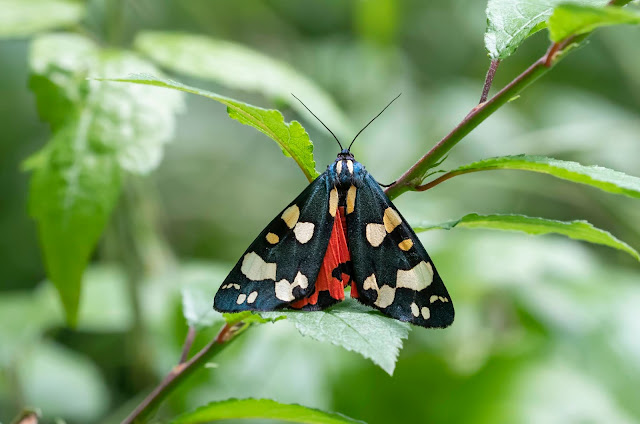