A Pair of Beautiful Ladies.

With wildlife photography, and indeed wildlife watching. which is the reason I spend so much time in the countryside, it is very much a case of being in the right place at the right time, and then when the opportunity arises to make the most of your good fortune.

I've had two very good examples of this situation in the past 8 days, the first of which was after an awful morning with rain on and off and the forecast not being at all optimistic. At around 2 pm the rain had stopped and the clouds had thinned just a little. I had got a bit fed up at home so I risked a short session on my patch. After entering the downland through the gate I was almost straight away watching what appeared to be a very well marked and very fresh female Marbled White flying past me and landing on some Agrimony. As it seems it had only just emerged it wasn't in a hurry to move on, which is quite unusual with this species, so the camera came out and I took advantage, with a lovely yellow backdrop of more Agrimony and Lady's Bedstraw.

After a short while the butterfly moved onto a clump of Viper's Bugloss, which also looked really nice as a backdrop. After around 25 minutes of enjoying this superb specimen I left her in peace on the Viper's Bugloss. A totally unexpected find as it was by now quite late in the flight season of the Marbled White so I was certainly not expecting to find one so fresh.

30 minutes later I was processing the images at home when an almighty storm hit the area with torrential rain. I just hope the butterfly was able to crawl down the plant to shelter from the deluge. 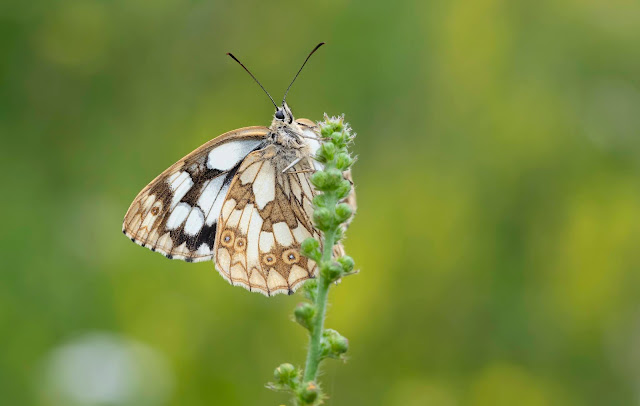 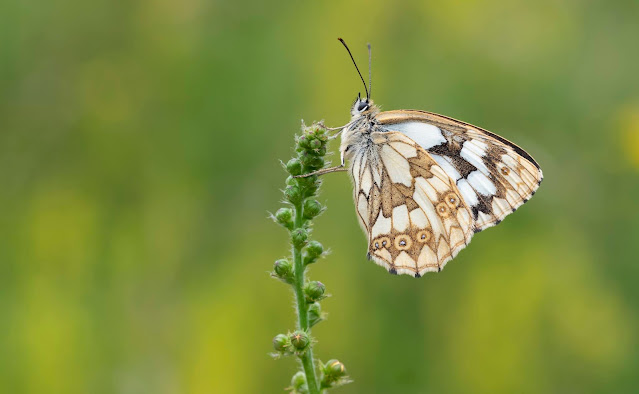 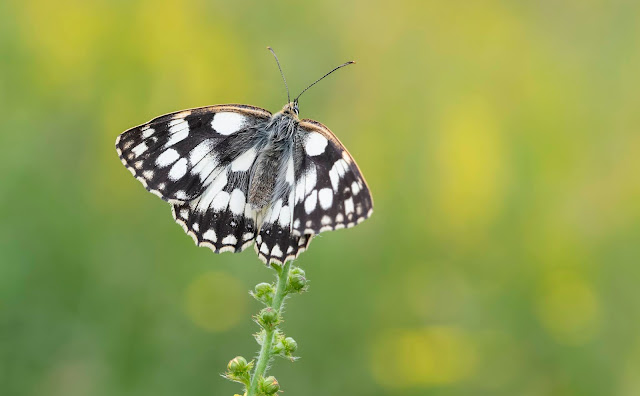 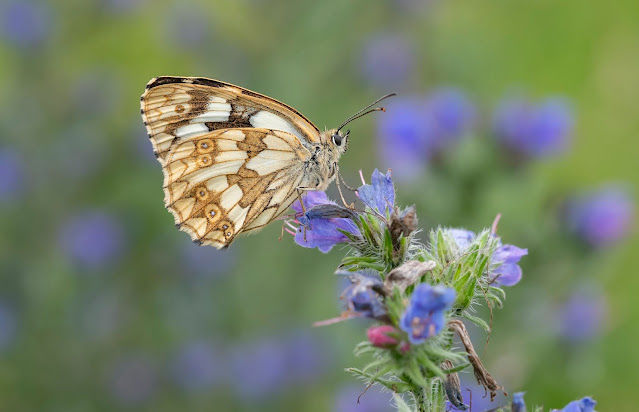 Female Marbled White on Viper's Bugloss.
Roll forward eight days and I am once again on my patch checking how the butterfly season is progressing before I lead a small group for Naturetrek.
Having seen my first Silver-spotted Skippers of the year and also pleased to see both Clouded Yellow and good numbers of Essex Skippers I came across a large clump of Greater Knapweed which had a couple of superb Painted Lady's nectaring on the flowers.
Back in the late Spring we had quite an influx of these lovely butterflies migrating over, and although all the arrivals then were quite worn, many females laid eggs on the Thistles and it was a case of waiting for the newly hatched butterflies to show themselves. That time has now come and there are pretty good numbers around, however, I rarely get them posing as well as these two did, albeit only showing their under-wings. The under-wings though do have a beautiful and intricate pattern on them. 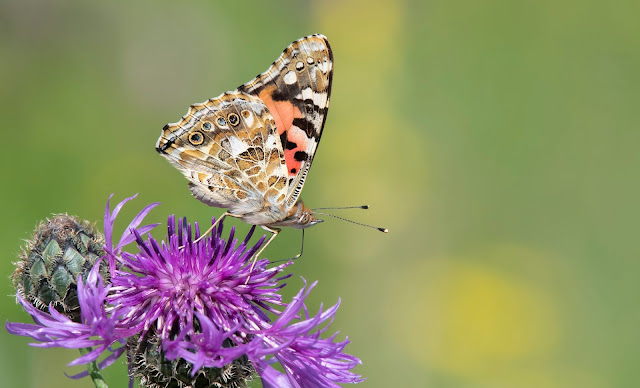 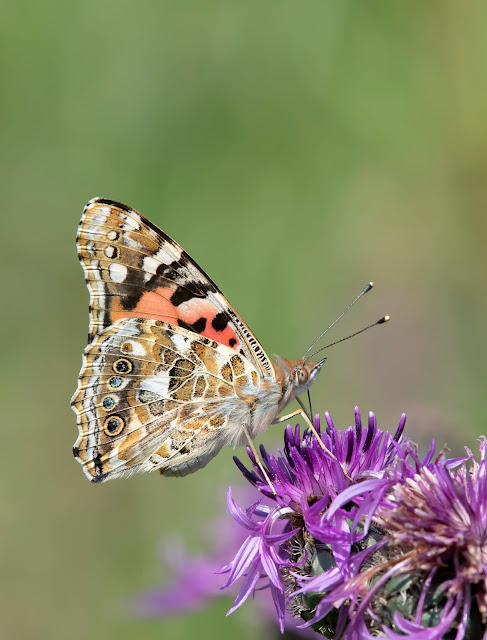 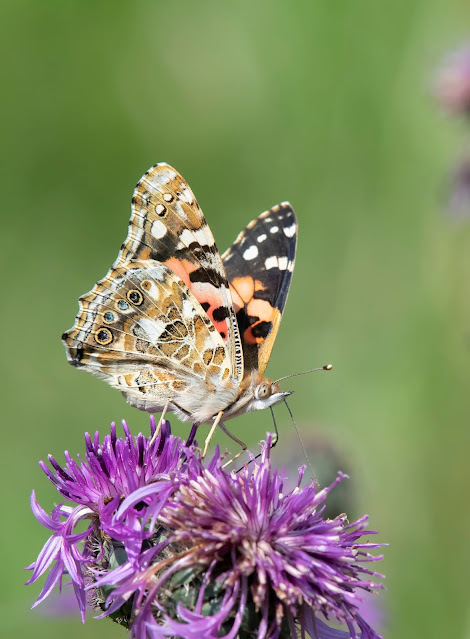 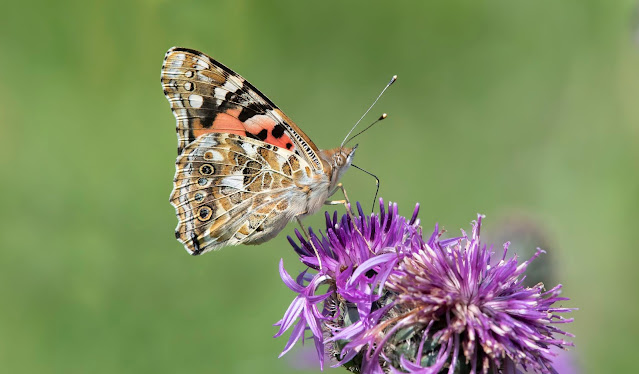 Posted by Bob Eade. at 08:22
Email ThisBlogThis!Share to TwitterShare to FacebookShare to Pinterest