Perhaps it was just a little too cool on the night of the 17th March as there was only one moth in the trap the following morning. However, what a moth it was.

A Small Eggar in very good condition, and strangely much better condition than the ones that I had reared through as well as it being a lovely calm day to photograph it.

There is a question as to why it appeared in the trap with the possibility of it being the escaped larva from last Summer, I brought 7 larvae home to rear through and one that I called Houdini somehow escaped. I assumed it would have perished as there was no food plant within easy reach and as the remaining 6 larvae continued to feed for another 2-3 weeks I thought it would have starved. There is also the fact that had it managed to pupate, most outside Small Eggar pupa don't generally emerge for 2 years although of course if it found a sheltered spot it may emerge after just the one year.

The other answers would be that it either flew from the colony which is just under a mile away, well within easy reach for a strong flying moth, although why it would leave the area with plenty of prospective mates and food as the colony is quite close knit is another question, or maybe there is a closer colony that I'm yet to find. Whatever the answer is we will probably never know but it certainly was a great moth to find in the trap.

I could almost delete the photos I took of the other male as these were so much better. 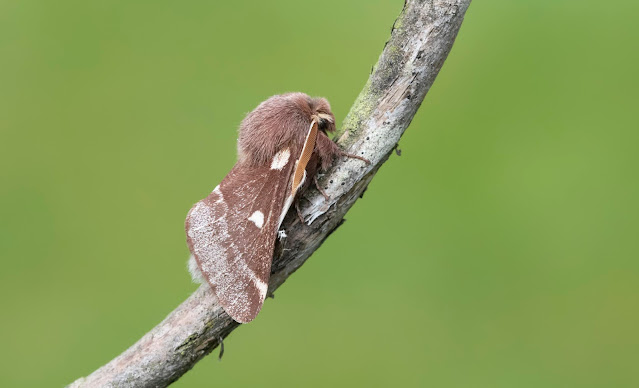 Also this week a search of my Wall Brown creche resulted in 35 larvae found. This was over a larger area than my record count of 50 a few weeks ago with the main area where I normally find good numbers I struggled and only found 3. Fortunately good numbers were found in other areas of the site. Many of the tussocks do seem very sparse this year, especially in the area I only found the 3 so I hope they are not struggling to find enough food. However, although 35 is down on the 50 it is still very close to my previous best counts of 40 from 2 years ago.

Further on I was pleased to see my first Bee-flies of the year with several Dark-edged Bee-fly taking advantage of a warm sunny spot. It is also an excuse to re-post one of my all time favourite photos that I took of a Dark-edged Bee-fly back in 2019. 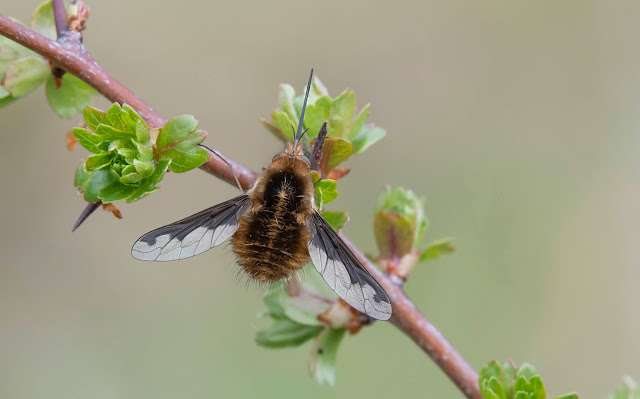 Posted by Bob Eade. at 07:21
Email ThisBlogThis!Share to TwitterShare to FacebookShare to Pinterest