Pearls in the Wood.

One of the great moments each Spring is visiting woodland to see Pearl-bordered Fritillaries. These butterflies are also on the wing at the same time as the Bluebells are at their best and there is normally the gorgeous sound of Nightingales singing too.

On arrival at the wood I quickly found several Pearl-bordered Fritillaries flying at break-neck speed throughout the wood and I knew I would have to be patient if I was going to get any photo. However, having photographed this species many times before I was more interested in just enjoying the spectacle. The camera remained unused for a couple of hours, this despite 2 Cuckoo flying just over my head.

I was watching a female Fritillary egg laying in the area around me when a mating pair was spotted by the only other watcher there. Mark Jones called me over and we watched them for some time before they suddenly fluttered up on a Bluebell. This was of course too good an opportunity to miss so the camera at last had some use. 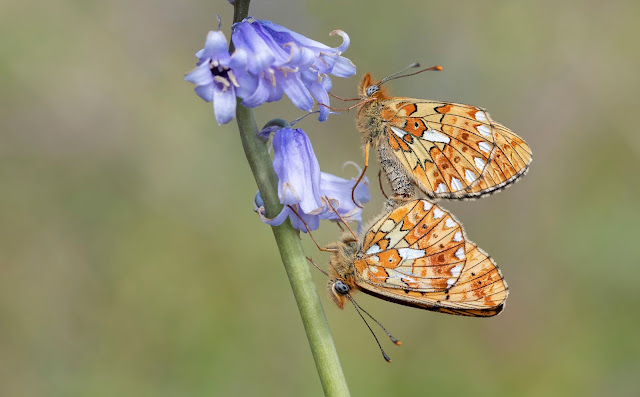 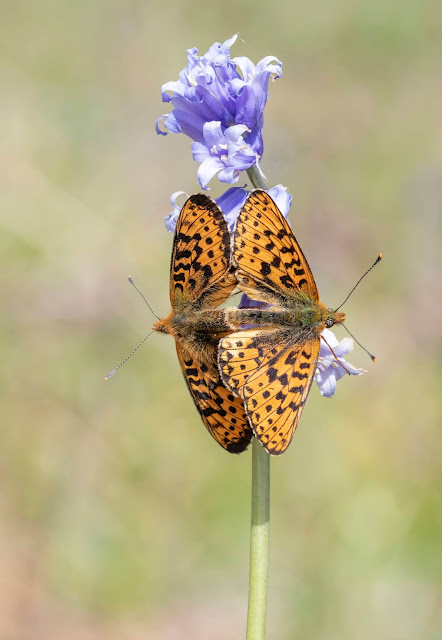 Female on the left.

After around 30 minutes they split up, but they remained close together. As the sun went in and the weather went cooler the female fluttered very short distances and gave me further opportunities. 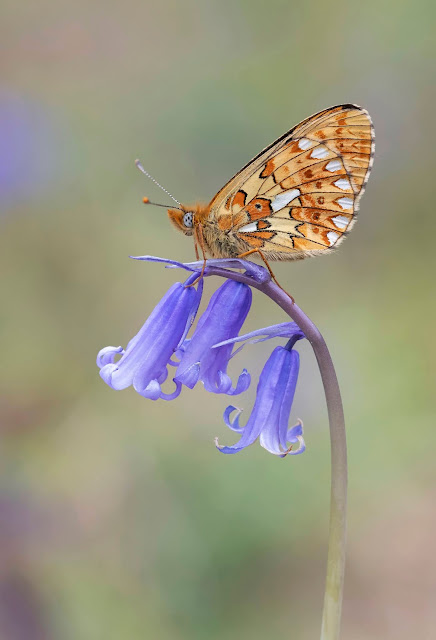 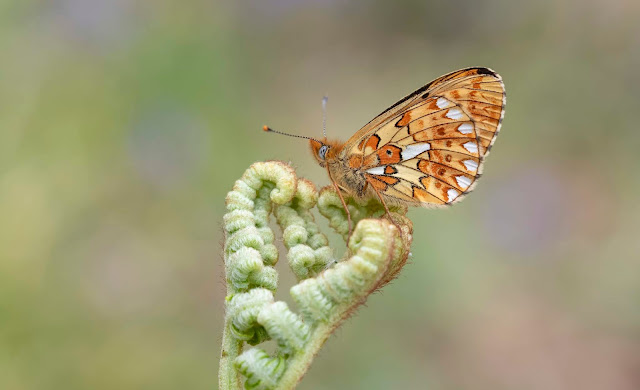 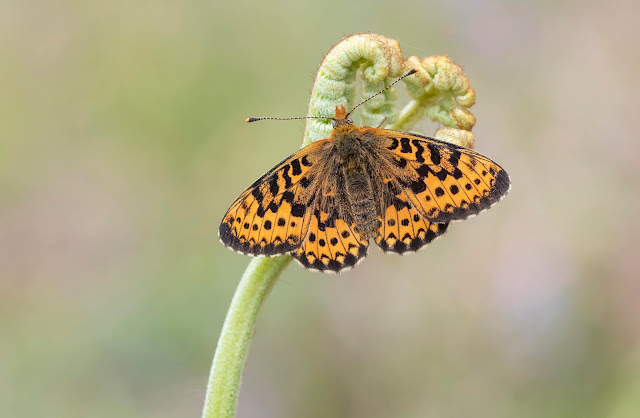 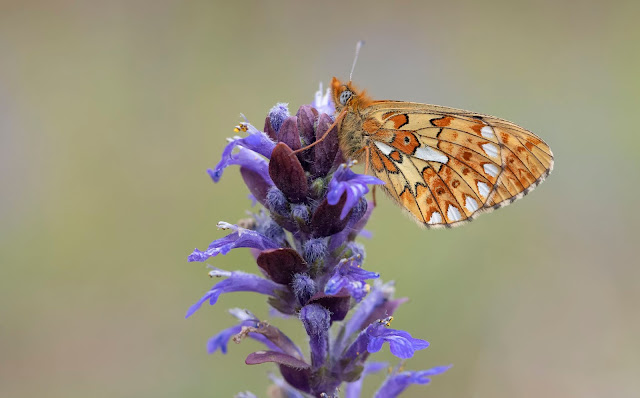 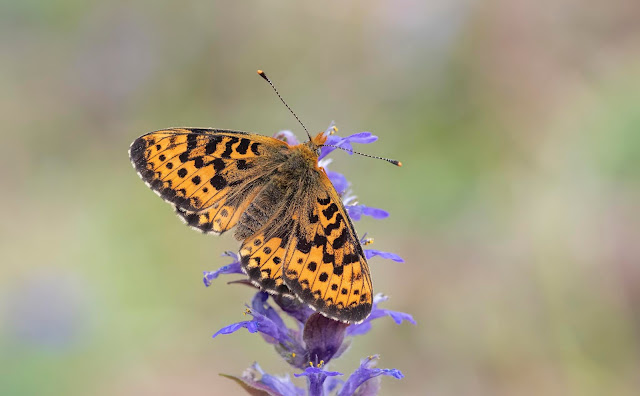 A great little session that ended when the sky went very dark and thunder was heard quite close!!
It was almost a sprint back to the car.

Posted by Bob Eade. at 19:02
Email ThisBlogThis!Share to TwitterShare to FacebookShare to Pinterest