Each year Speckled Wood can be found on my local patch from March right through to November, but new broods emerge throughout that time bringing very fresh individuals that will be flying with some very tired and worn specimens.

The fresh ones always appear as the Wall Brown start to fade away so it is unusual for both species to be looking good together.

Therefore, it wasn't too much of a surprise that during this week with less Wall Brown seen that there was a very evident emergence going on of the next brood of Speckled Wood with some very fine looking butterflies. 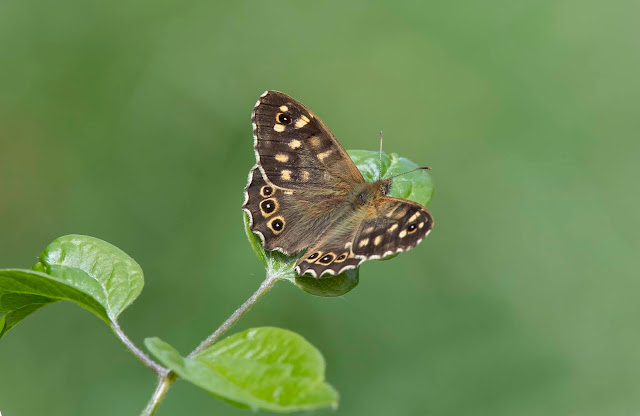 All the fresh ones were males which is once again expected. The footpath I was on is reasonably busy with walkers etc and after a runner and 3 walkers had just passed me it was a big surprise when I encountered a freshly emerging Speckled Wood in the long grass in the middle of the path. It was just sitting on a grass stem with wings wide apart obviously finishing drying its brand new wings. 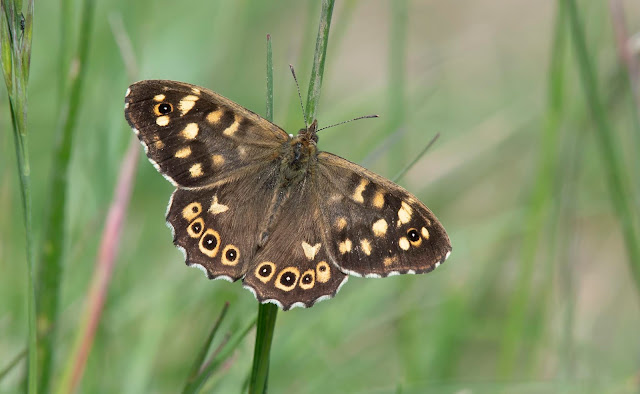 To make sure the butterfly wasn't squashed by any other walkers I carefully moved it from the middle of the path, and as I was doing it a favour , it repaid me by posing nicely for some photos before I left it to prepare for its maiden flight. 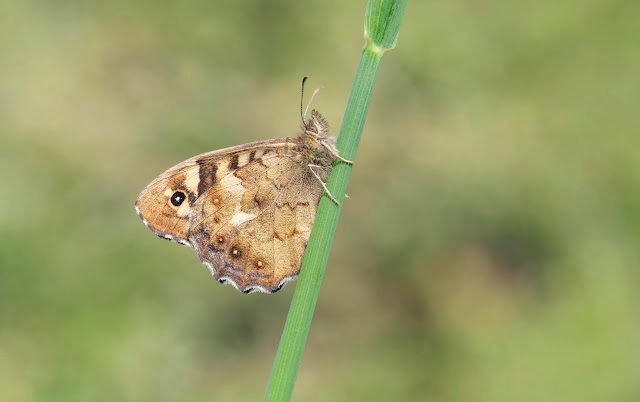 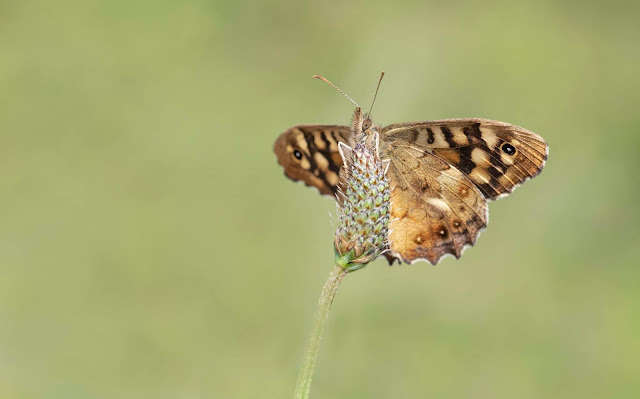 The main purpose of the walk was to go and see a Small Eggar larval web that James had found the previous day. 2 years ago I unexpectedly found one of these larval webs of this rare Sussex species, followed by another last year, so this is the 3rd year that a web has turned up. In fact on the way there I found another web near the path that I found the Speckled Wood on. Hopefully this is a well established colony of this moth which is thought to be extinct in West Sussex, and was also thought to be near extinct in East Sussex. The web I found was very high up in a bush, but the one James discovered was low down and easy to photograph the occupants. The larva were various different sizes and one was very much more advanced than the others, as they fed on the small Hawthorn bush. 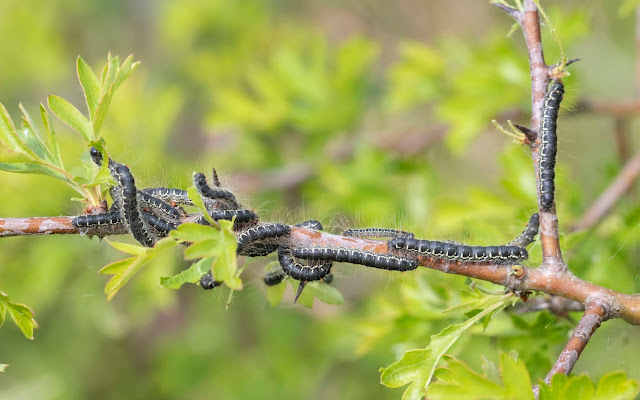 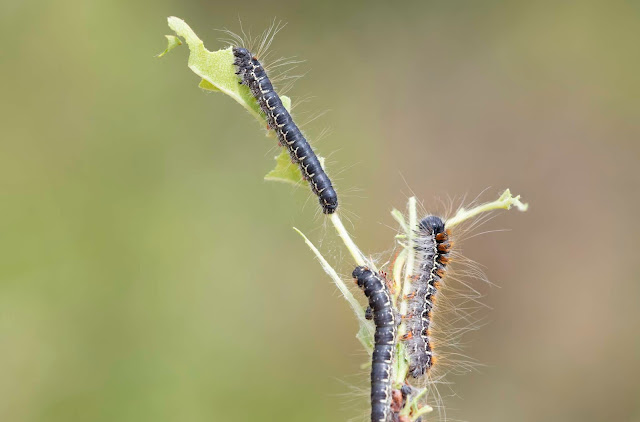 Small Eggar larvae. The middle one is a more advanced instar showing the reddish tufts. Also note the red feet.

Posted by Bob Eade. at 12:30
Email ThisBlogThis!Share to TwitterShare to FacebookShare to Pinterest