A couple of days ago I had a very early start searching for roosting Grizzled and Dingy Skippers. As it was I failed to find any at all, probably not too surprising as it is still early in their flight season and there are still only small numbers on the wing.

It still turned out to be a good morning however with a few highlights seen with probably the best of these being finding a Pyrausta ostrinalis roosting on the top of a grass blade. This species is generally only seen on the ground so it was good getting the opportunity to photograph it in this position. This species is also quite a rarity, unlike its very similar relatives Pryrausta purpuralis and Pyrausta aurata which are both common. 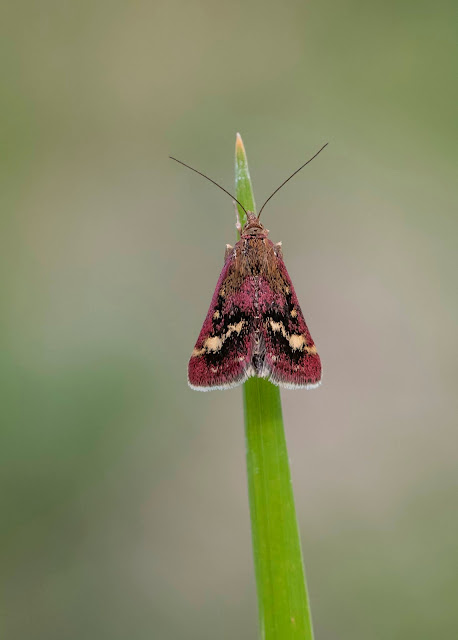 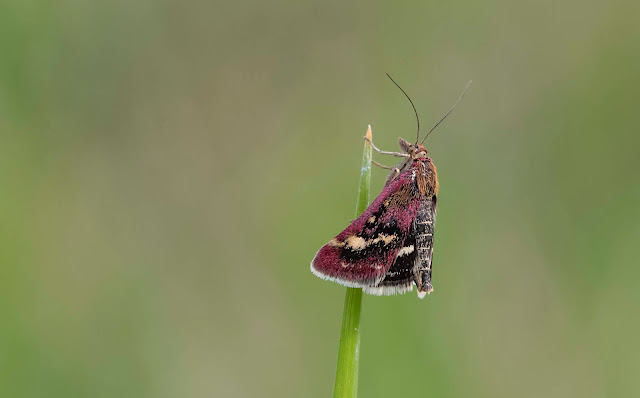 Pyrausta ostrinalis starting to warm up.

Shortly after finding this gem I came across 2 male Wall Brown flying short distances as they too were trying to warm up in the early morning sunshine. The day before I had seen my first Wall Brown of the year. 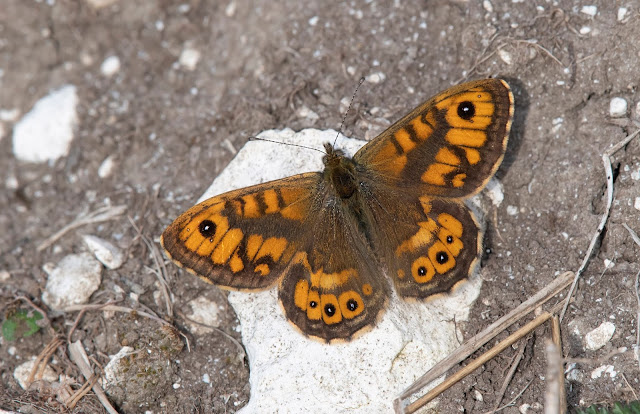 On the way back to the car I checked out an area where the Wall Brown regularly gather and I noticed a large triangular shape on the ground. Immediately I thought I had found a female Emperor Moth. I was only half right as it happens as looking closer it turned out to be a male Emperor. This is actually the first male Emperor that I had found without the aid of the pheromone, although I would have preferred it to have been an immaculate female. 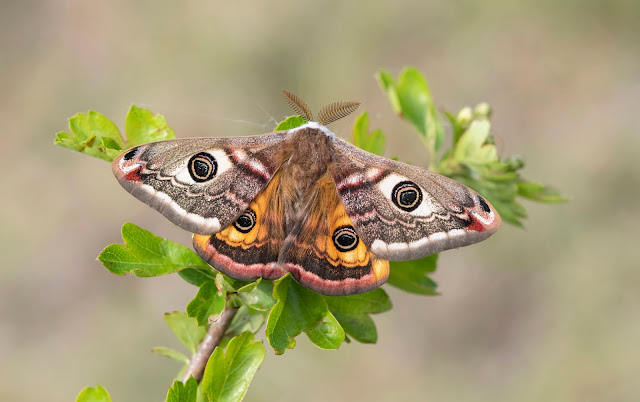 The previous day had also been very good with 4 Grizzled Skipper along with a couple of Dingy Skipper. I also had my first Small Copper of the year which was posing nicely on a little bit of regrowth from the scrub that I had cleared in the Winter. Whilst photographing the Small Copper I noticed something very small on the top of a grass blade. This turned out to be one of the dreaded Ticks that seem to be more numerous these days, and not something you want biting into you!! 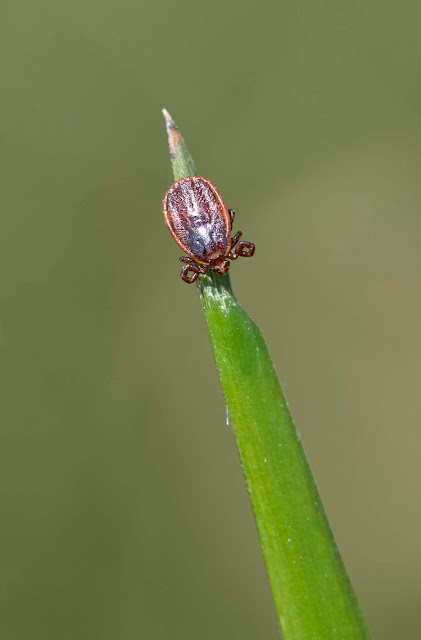 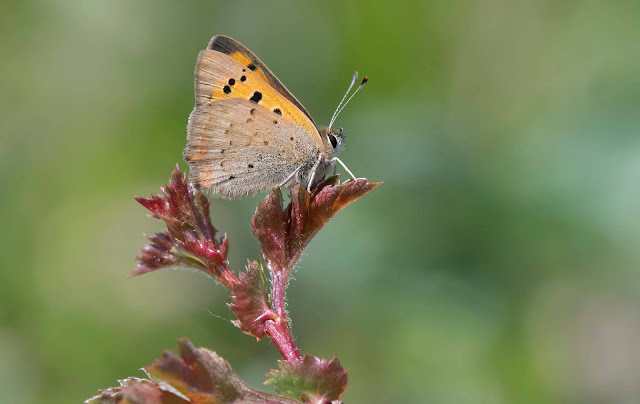 This year is proving to be one of the best Green Hairstreak seasons for several years on my local patch, and despite having many photos from previous years I am always tempted to get more. I was very lucky to get a reasonably fresh individual performing well for some time and several more photos were taken. 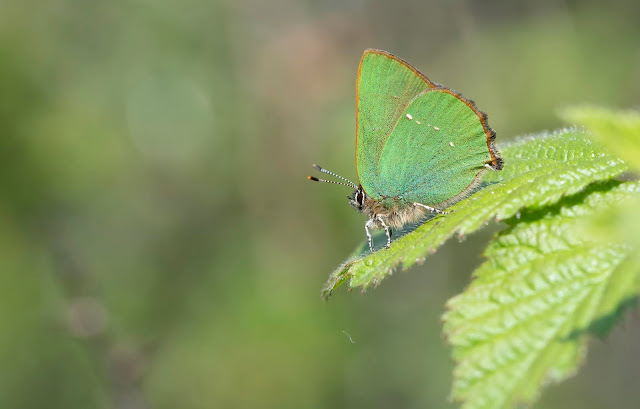 On the odonata front I saw my 2nd Hairy Dragonfly of the year and another Large Red Damselfly. The Damselfly had just caught his lunch and was busy chomping away at whatever it had caught. 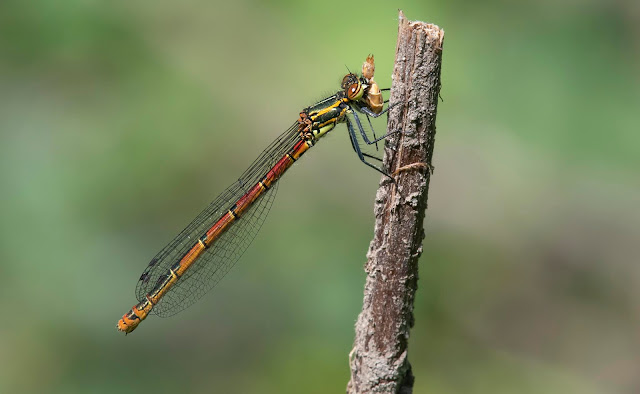 Posted by Bob Eade. at 14:39
Email ThisBlogThis!Share to TwitterShare to FacebookShare to Pinterest