Despite the wind remaining most of the time blowing from an Easterly direction, which is not the best direction for the local patch, I have managed several enjoyable sessions with quite a few interesting sightings.

There is still a worrying shortage of both Grizzled Skipper and Dingy Skipper but I have been lucky to have had 3 different roosting Grizzled Skipper. The first one was found by James in the late afternoon of Tuesday. I then found 2 more over the next 4 days in a similar area with the one I found yesterday even opening its wings wide open when the sun suddenly decided to come out.

I have always struggled to get shots I'm pleased with of Grizzled Skipper. Last year I did do much better, but this year I had decided to concentrate on this species in the early Spring while they are still pretty fresh. 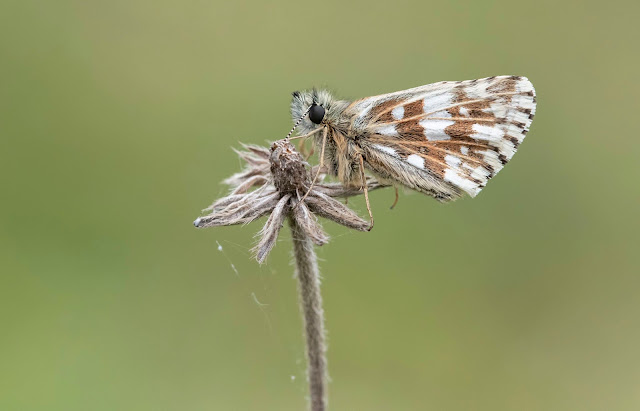 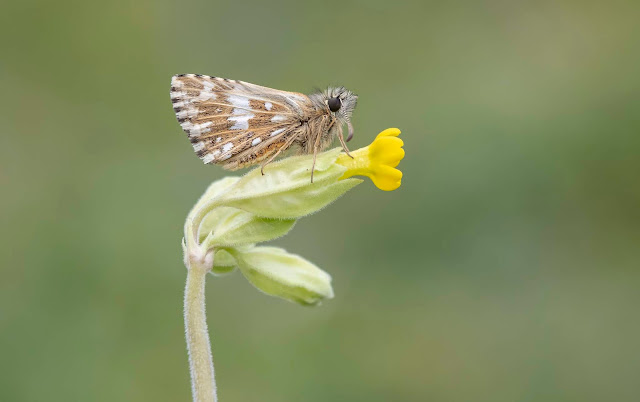 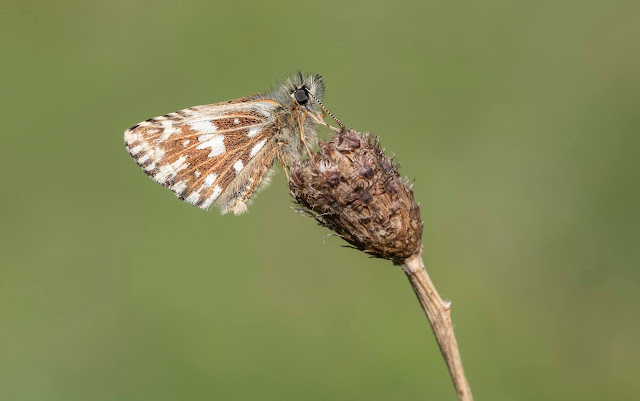 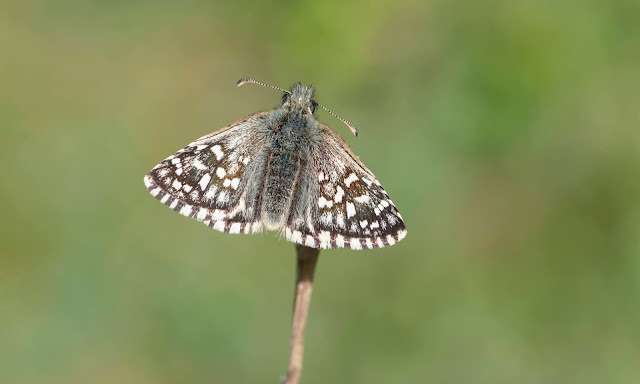 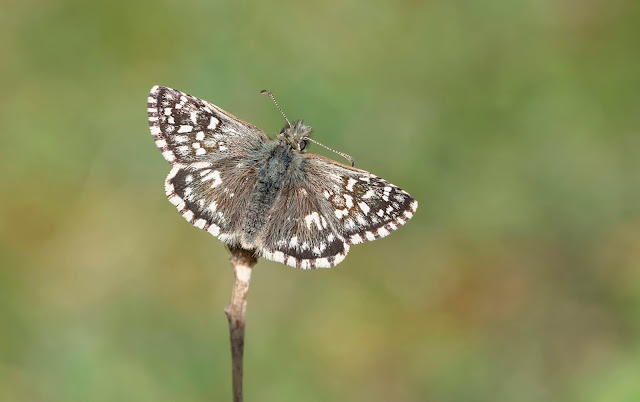 Other delights this week were plenty of Green Hairstreak, this included one that was flashing his male sex brand on his partly exposed top-wing. Just visible on the brown top-side wing. I also saw my first female Wall Brown of the year which was mating at the time. 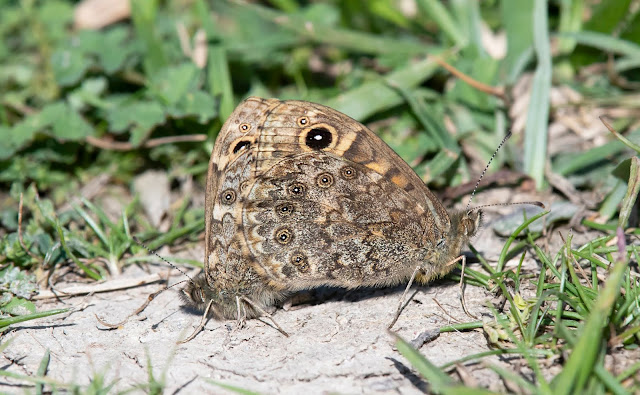 A beautiful teneral male Hairy Dragonfly was also a good find as it was taking its first tentative flights. 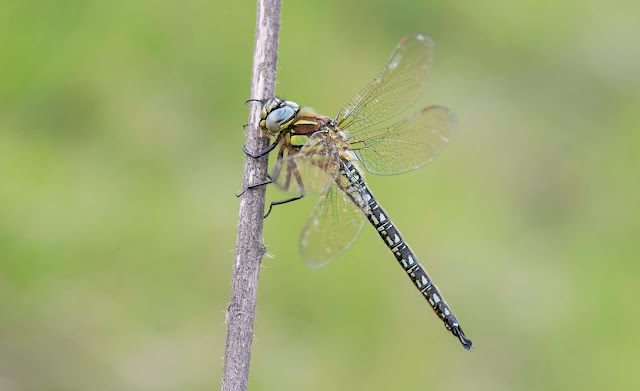 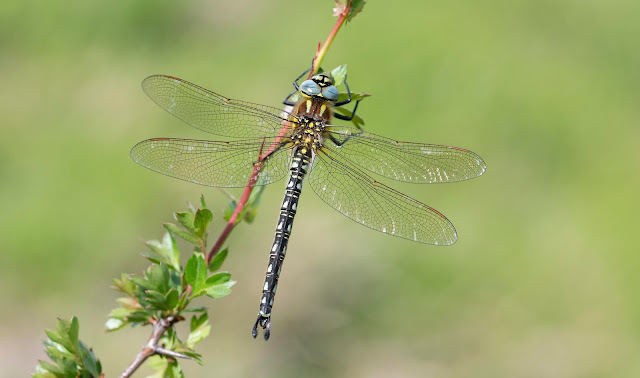 However, my favourite find of the week was a superb Oak Eggar larva. Not a rarity at all and I have found plenty over the years, but this one did perform well going into its defence mode when it sensed my presence. A couple of hours later it was in some Bramble munching away. 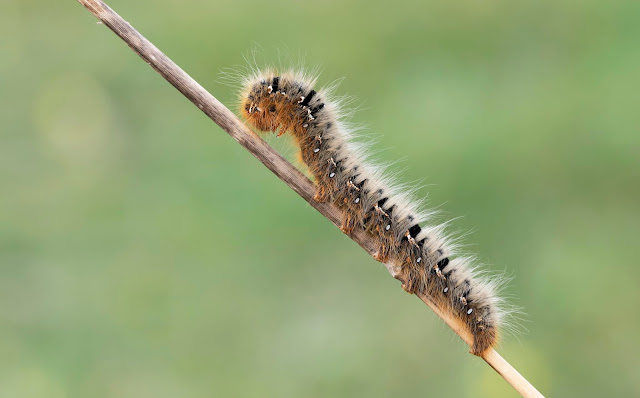 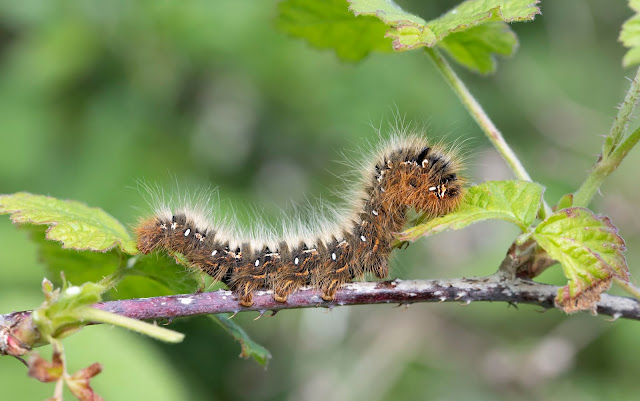