Looking back on a few highlights from the past year that I didn't post at the time included an early Summer visit to a couple of Sussex heathlands hoping to catch up with some Dartford Warblers. This species seemed to have done quite well over the past few years in Sussex and walking around both of the heaths several birds were seen. All apart from one were quite long distance and the photos are a little more cropped than I would have liked, but they still show what a beautiful species they are. The final bird that I photographed was a bit nearer. This one I found as I was walking along a path when I heard the bird calling loudly. Creeping into an area of Gorse it became clear why it was calling so loudly, as it was having a heated argument with a Willow Warbler!! 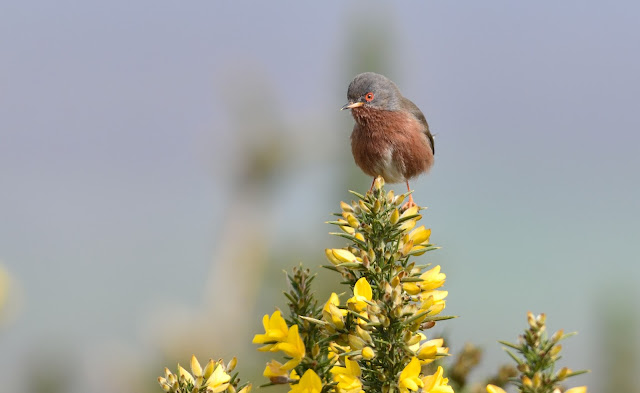 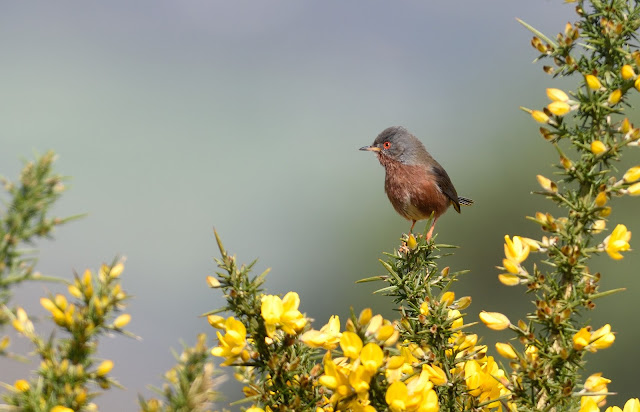 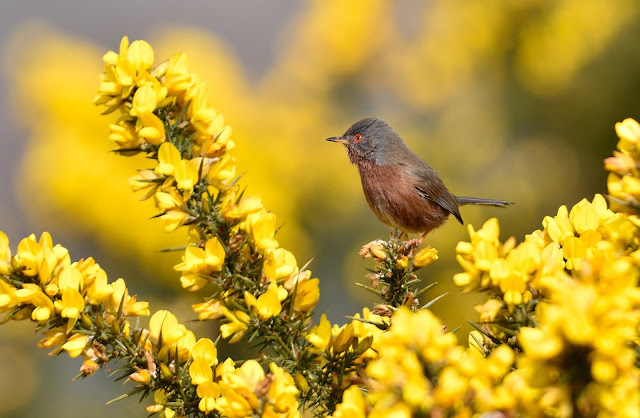 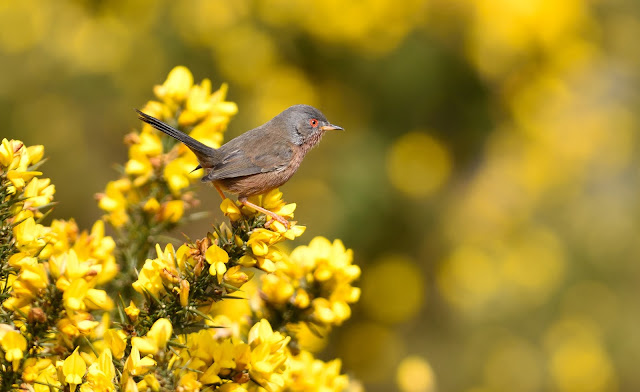 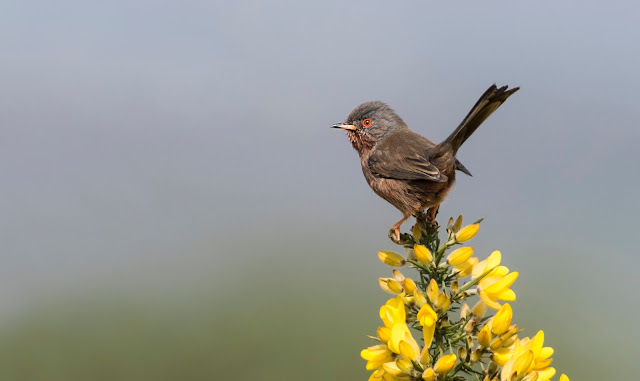 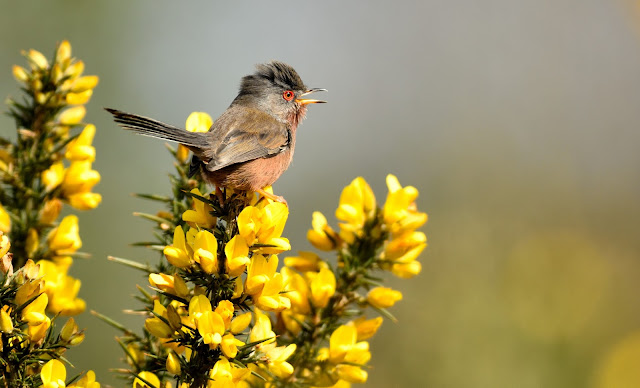 Dartford Warbler having an argument with a Willow Warbler.

Posted by Bob Eade. at 17:17
Email ThisBlogThis!Share to TwitterShare to FacebookShare to Pinterest