With a local Snow Bunting being reported over the weekend I was keen to catch up with it after the Kent birds a couple of weeks ago which proved to be very flighty. Meeting David and Malcolm at the site the bird was visible straight away. The bird was very busy foraging in the grassy tussocks on the edge of the beach. Every time it came to the pebbles it rushed across these to get back to the grass area that held the seed. Although the bird wasn't as tame as these birds can be we did eventually get close enough for detailed photography. With the bird spending so much time in the grass it had picked up quite a bit of moisture under the chin and its under-side. 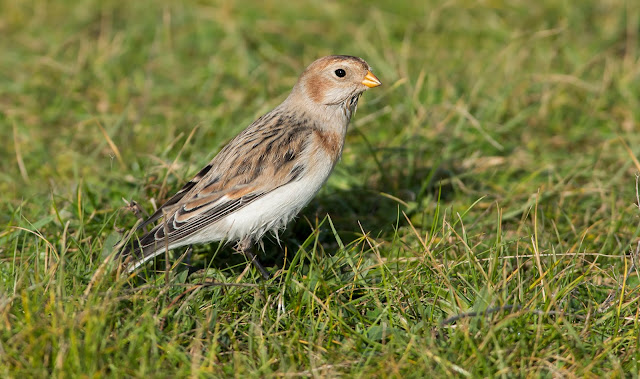 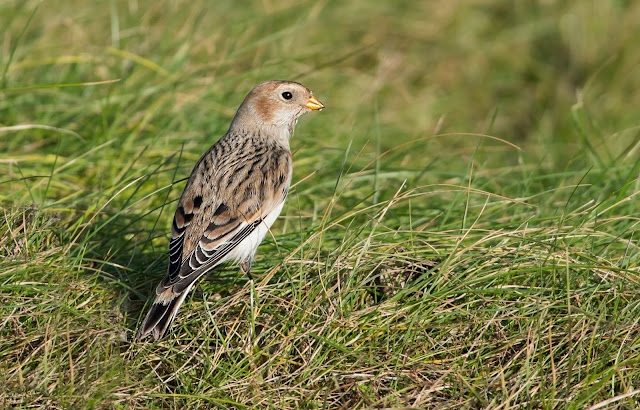 Snow Bunting in the grass.

Following this we headed to Sovereign Harbour where a first winter Black Guillemot has settled in for a long stay. The bird has shown to be very approachable, and this was certainly the case as soon as we arrived, although it quickly started diving further out in the harbour. It then vanished for some time as it presumably was resting and feeding amongst the boats. When it eventually came close again the sun had gone behind the tall buildings. However, it performed very well as it caught several fish just a short distance away. The only other time I've seen Black Guillemot before was when I was in Scotland with Nigel. In Oban we saw several of these smart birds in their summer plumage. A super day with two very good birds. 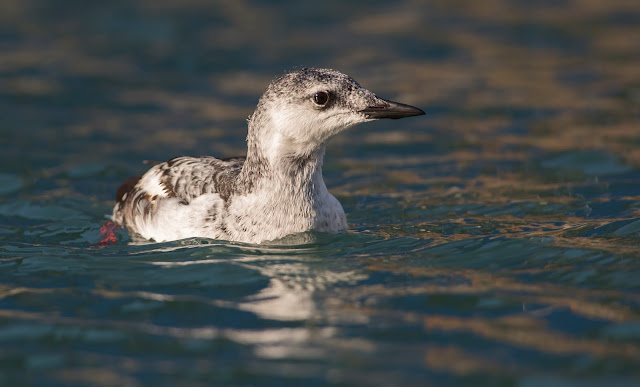 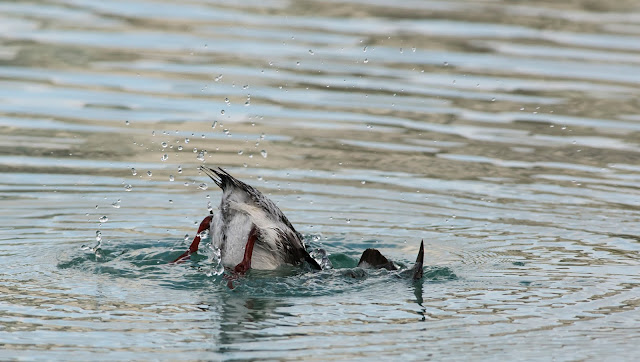 'Bottoms Up'  Diving for fish. 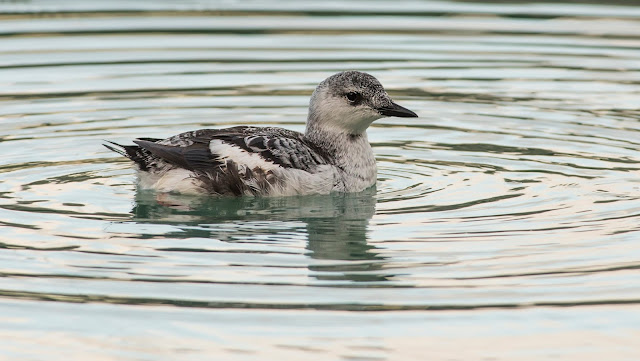 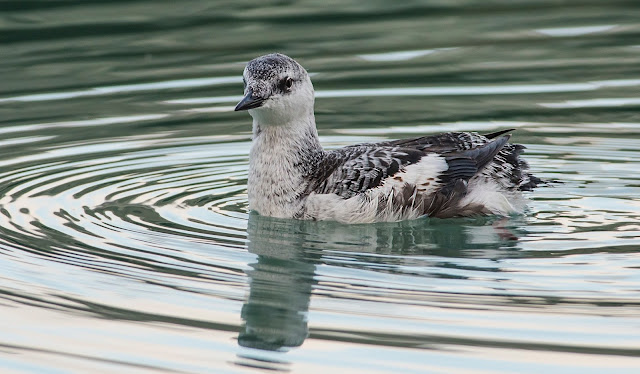 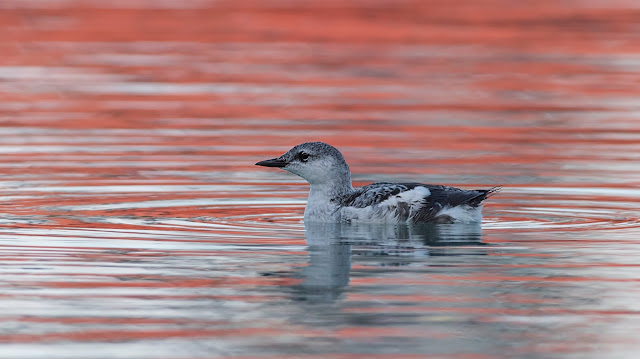 Black Guillemot in the reflection of a red boat.

Posted by Bob Eade. at 22:04
Email ThisBlogThis!Share to TwitterShare to FacebookShare to Pinterest