After failing to get any shots that I was pleased with of Sanderling 3 weeks ago I was encouraged by Leigh to have another go, this time on an outgoing tide. This worked in our favour with the birds being keen to start feeding as soon as the sand appeared. With several large groups of Sanderling it was a case of being patient and waiting for the birds to approach us. Gradually more sand appeared and the birds started feeding more confidently and coming very close. 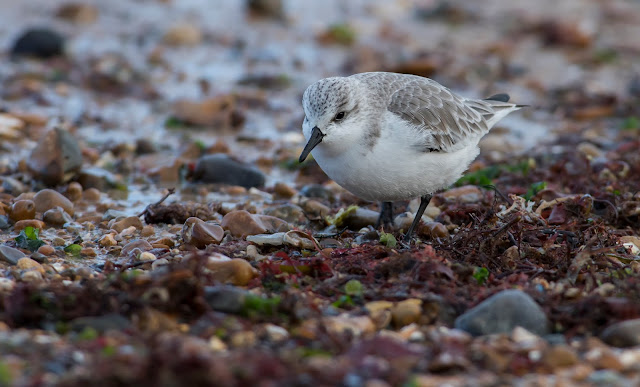 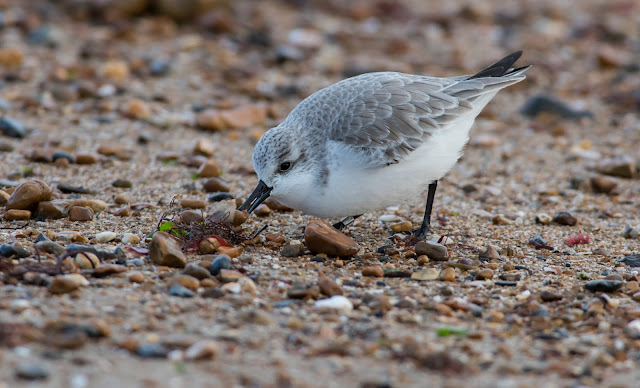 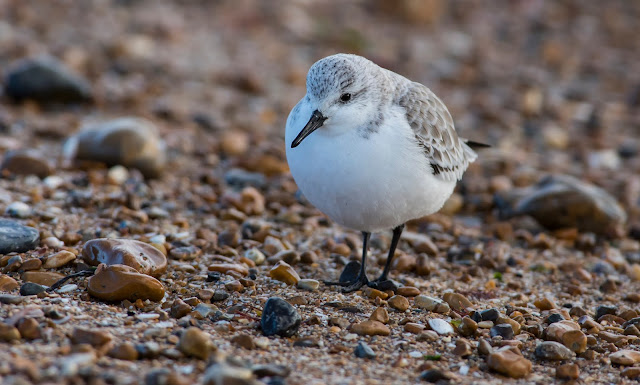 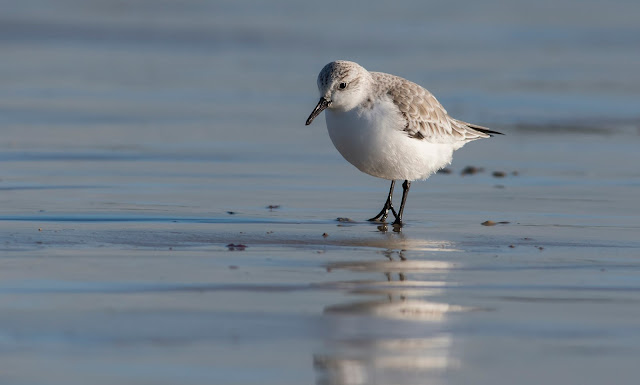 Sanderling on the sand. 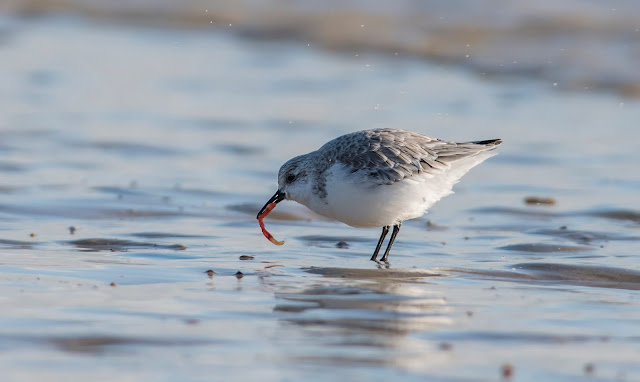 Feeding on a Worm. 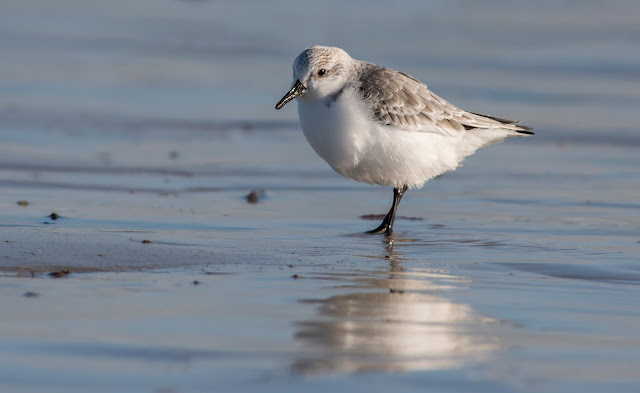 Following this we headed for Widewater hoping to see the female Goosander that had been seen recently. The bird was seen straight away in the distance, and we managed to get close enough for some pictures. The timing was perfect as it wasn't long before the bird flew off to feed on the sea. 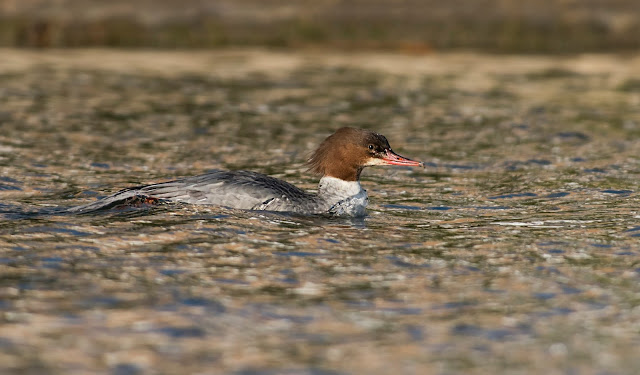 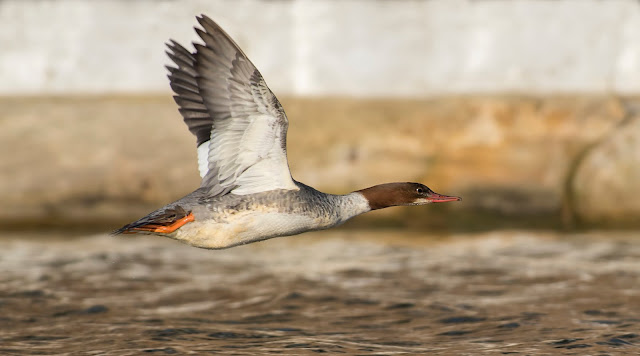