Plans for another trip to Dungeness on Friday changed suddenly on Thursday afternoon with news that a Red-necked Phalarope had been found at Pegwell Bay at the far end of Kent. Having already seen the Grey Phalarope locally and the rarer Wilson's Phalarope at Oare Marshes this Autumn I was keen to see this 3rd species as this would mean I would have seen all the World's Phalarope species. With Pete and David in the car we set off hoping for positive news that the bird was still there. However, after a 2 hour drive news still hadn't come through and we all thought we would arrive to find the bird had moved on. Parking the car, we didn't know quite where to look. Fortunately I spotted someone with a pair of binoculars looking at something in the flooded marshland and there it was. With shooting straight into the sun photography was not at all easy, even though the bird was quite confiding. Such a treat seeing this wonderful bird on such a great day. Like all Phalaropes the bird was active all the time picking insects off the surface of the water and it was quite difficult getting sharp shots with the head bobbing about constantly. 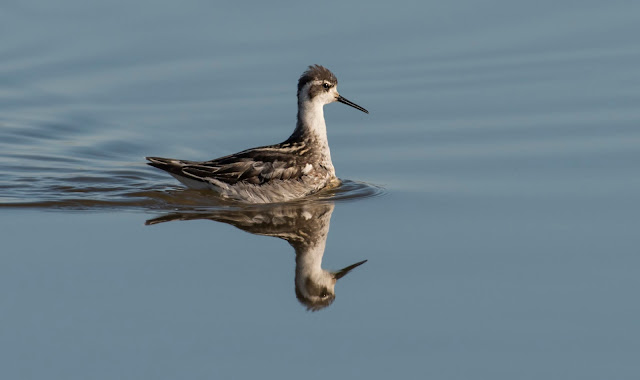 With the light being so difficult to get good photos we decided to move on to Reculver where a few Snow Bunting had been seen over the past few days. We thought there would be time to hopefully see the Buntings and then be able to return for better lighting at the Phalarope. At Reculver we saw a few birders walking back to the car park and nobody had seen the Buntings. However, we decided we may as well walk along the sea wall in the hope that we may spot them. After about a mile David spotted a couple of Buntings which turned into around 12 once they flew. With several birds there they were however much flightier than usual. At one point we were watching them when 6 of them took flight. We then saw why as they were being harassed by a Merlin. One Snow Bunting was singled out by the Merlin and with no cover, being out to sea, it looked a lost cause for the Bunting. However, the Bunting managed to outwit the Merlin and managed to escape. A fabulous spectacle to witness. 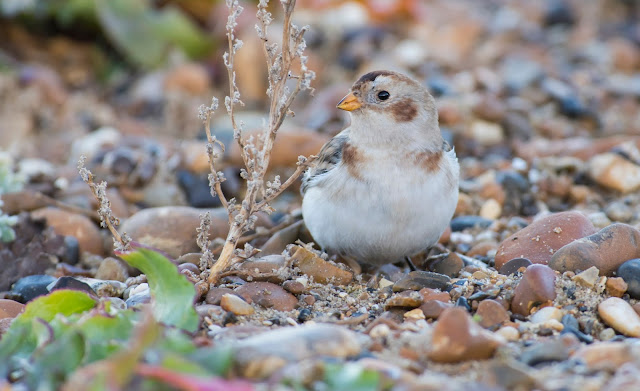 Snow Bunting on the beach.

It was then back to the Phalarope where the sun had now moved round making the lighting much better. A few of the Kent birders had now arrived, as they knew the light was better in the afternoon!! We then all managed some much better photos before the sun eventually started to set. 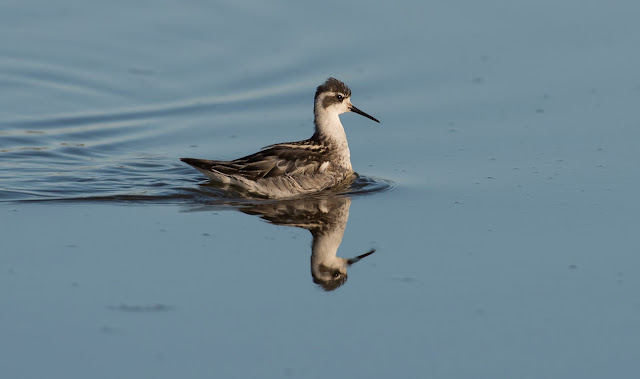 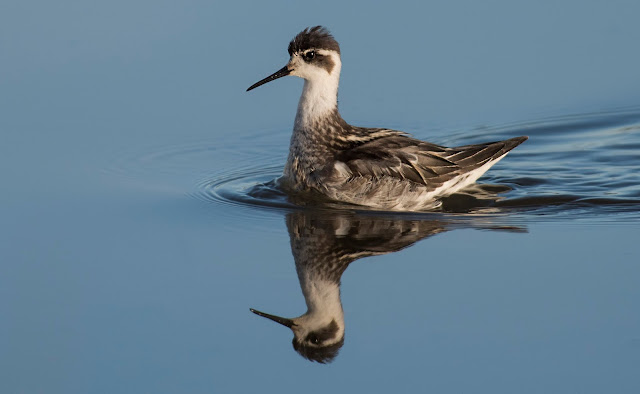 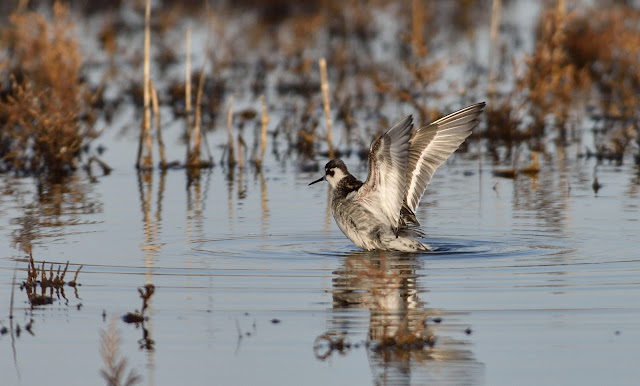 A wing flap following a preen. 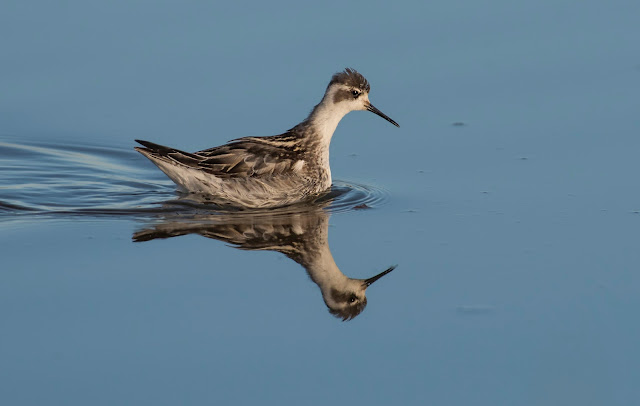