This past week has been almost photo free with a trip to Kent again on Wednesday producing very little to photograph. First stop was Stodmarsh, a reserve I last visited some 40 years ago when the highlight was a Glossy Ibis. This time David and I were hoping for Water Pipits. We did actually see one but it was a very distant view. Unfortunately it was very windy and this probably affected the birds as very few showed at all. We then headed over to Oare Marshes where both a Green-winged Teal and the Long-billed Dowitcher both also stayed hidden. The only opportunities came when a large flock of Avocet took flight. The black and white plumage looked smart against the blue sky. In the flock also were a few Black-tailed Godwit. Another Godwit also came reasonably close as it fed in the flooded marsh. 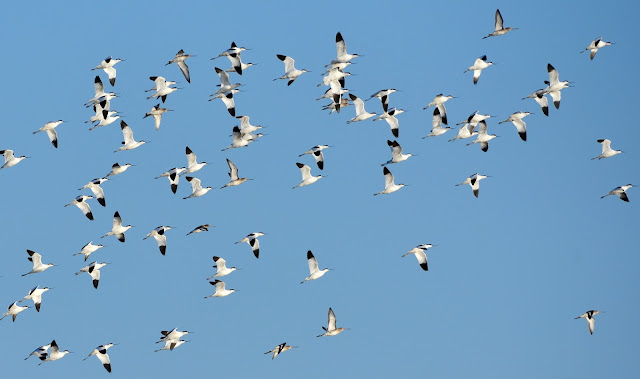 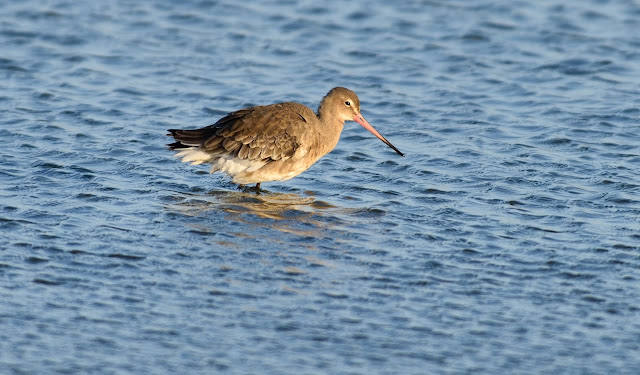 On a really cold day yesterday I ventured to Pevensey Marshes, hoping for some raptor action. I had a great view of a pair of Peregrines hunting, seeing them take out a Dove. It was the larger female that made the kill, but just after she brought it down she flew up leaving the prey for the smaller bird. He stayed on the ground plucking the Dove as she flew above for the next 15 minutes calling loudly to the other bird. Eventually they both flew off. There was also good numbers in the area of Fieldfare, but other than several Kestrels and a couple of Buzzards, no other raptors were seen. All I managed with the camera was a close flying Mute Swan!! 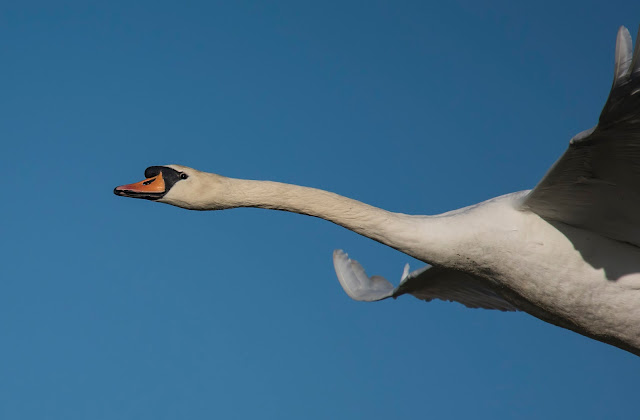 Mute Swan. (If only it was a Short-eared Owl)!!

Posted by Bob Eade. at 17:49
Email ThisBlogThis!Share to TwitterShare to FacebookShare to Pinterest