With the past week being mainly warm and sunny, often too warm, I've tried to make the most of it and visited several local sites. My main target has been the White-letter Hairstreak, a species that I have had great success with over the past few years, having found several new sites for them. With the Dutch Elm Disease though coming back with a vengeance it has become much harder to find these little gems. I have managed to find 5 butterflies during searches at 2 sites, one being very close to home and this is the only one I managed to photograph. 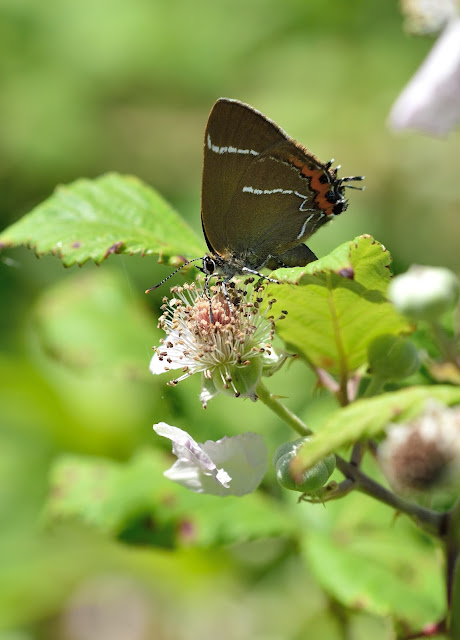 One very early morning start to hunt for Dark Green Fritillaries was a bit of a failure on the Fritillary front, however I did come across a dew covered Robberfly. I also saw my first Chalkhill Blue of the year so it wasn't a complete failure. 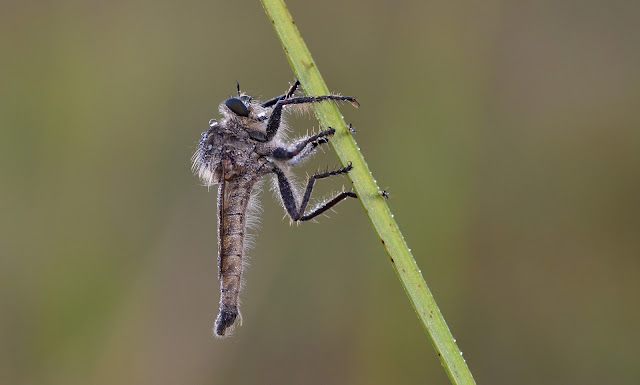 Looking for Scarlet Tiger Moths in Friston Forest James and I came across an unusually large colony of Forester Moths. Although it is a known colony on this site I wasn't expecting these numbers with up to 4 on a flower head. A detailed count resulted in 58 in an approx 200 sq. metre area. 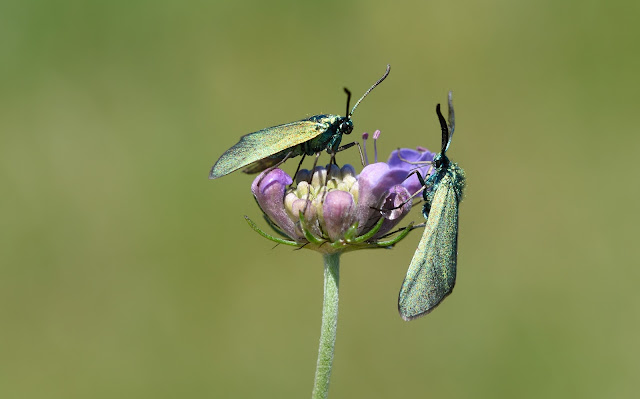 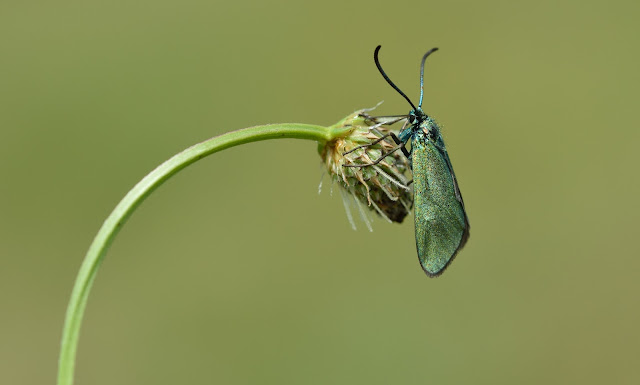 A few walks on my local patch included finding the first UK sighting of a Silver-spotted Skipper for the year. There has also been sightings of the first 2nd brood Wall Brown and some of our larger butterflies. 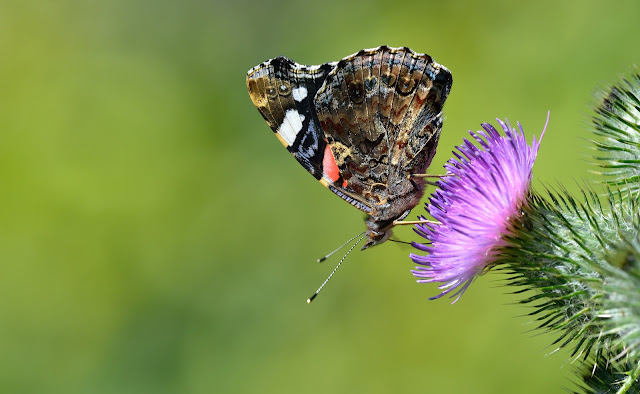 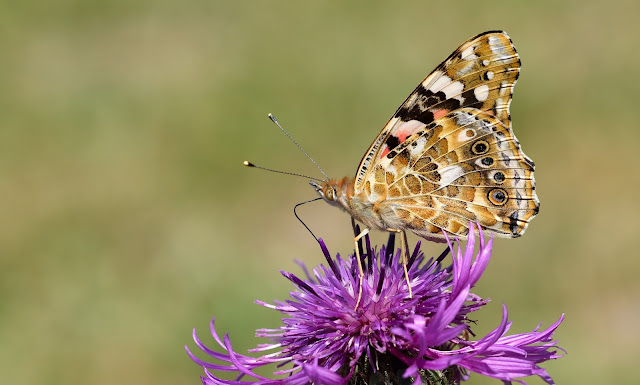 Six-spot Burnet Moths are also increasing in number with many found mating and emerging. 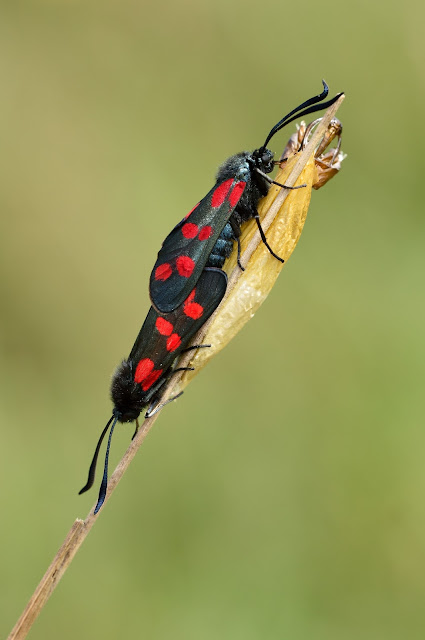 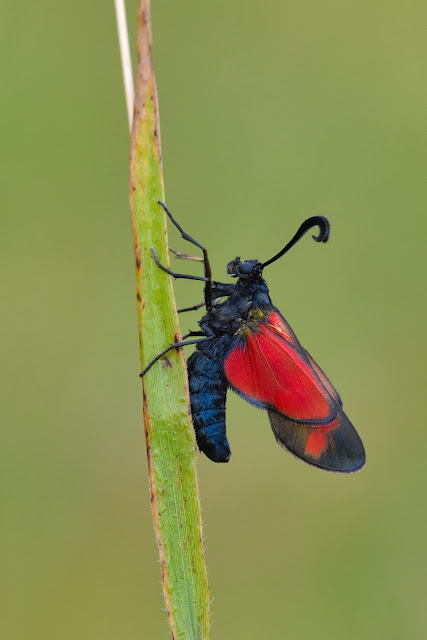 In the Spring I saw many Emperor Moths locally but I have only ever found young larva until this week when I came across a near fully grown larva. A very impressive sight!! 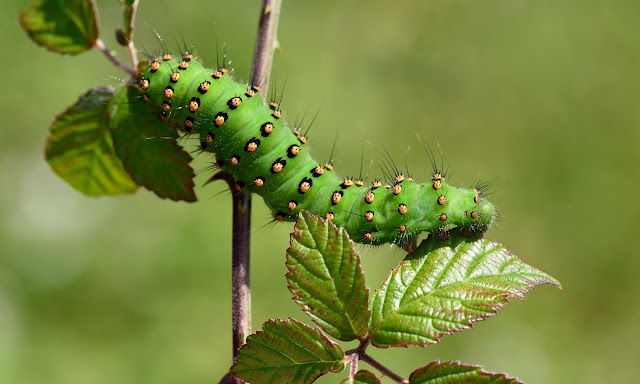 Posted by Bob Eade. at 17:58
Email ThisBlogThis!Share to TwitterShare to FacebookShare to Pinterest