The weather today has not been at all good for butterflies with a strong wind blowing and cloudy conditions all day before the rain arrived late afternoon. I had decided it would be a total waste of time going out so a few jobs around the home was done instead. However, with Pen meeting a friend for lunch I thought I might as well go for a stroll in the vague hope of finding a roosting Silver-spotted Skipper. I found a small area which was sheltered from the wind and immediately saw that several Blue butterflies were preparing to roost including Common Blue, Chalkhill Blue and Brown Argus. I managed to find really fresh examples of all of them in good photographing positions. Whilst photographing the Brown Argus a hint of brightness encouraged him to open his wings wide open. 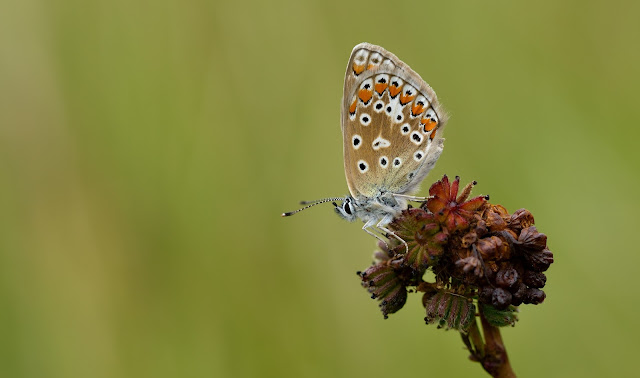 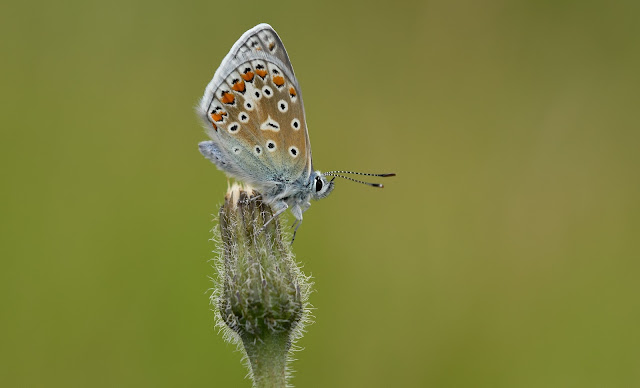 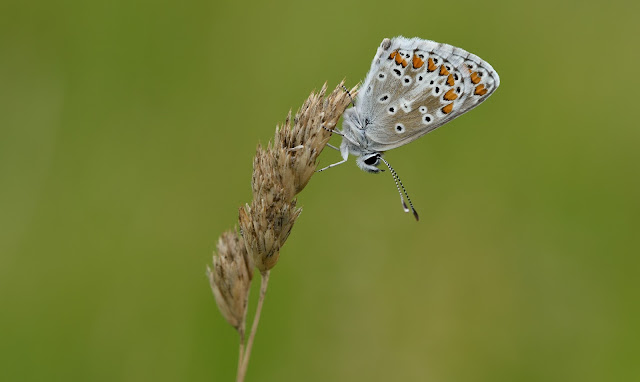 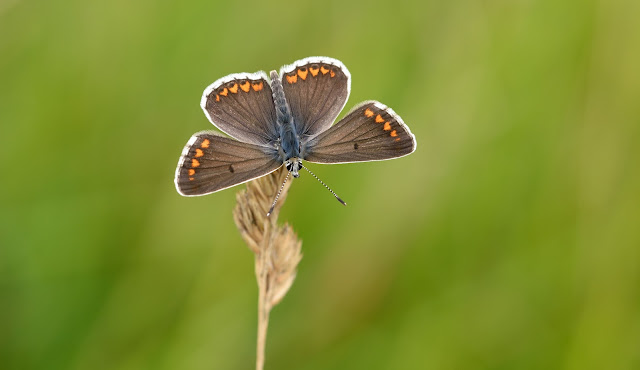 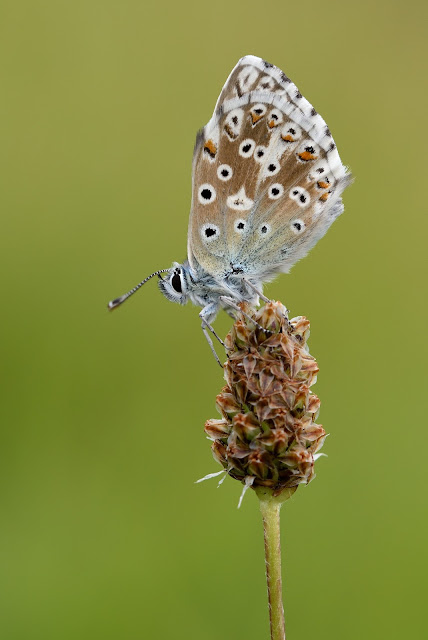 I then hit lucky as right next to one of the roosting Chalkhill Blues I had spotted was what I assumed to be a newly emerged Silver-spotted Skipper climbing up a blade of grass. It was a bit of a panic photographing it as the rain had started and was getting heavier all the time. Despite the weather I ended up having a fabulous afternoon and having to wear the rain jacket!! 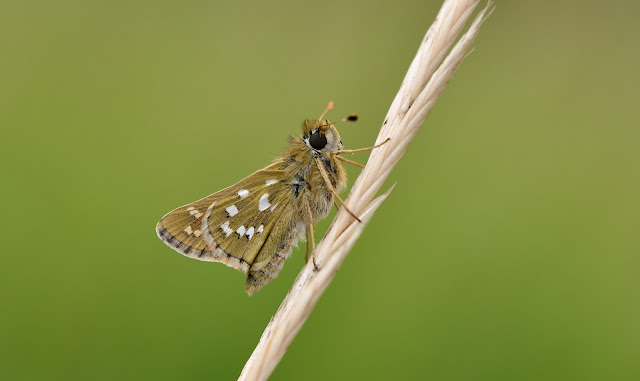